Top 10 Things to do in Berlin 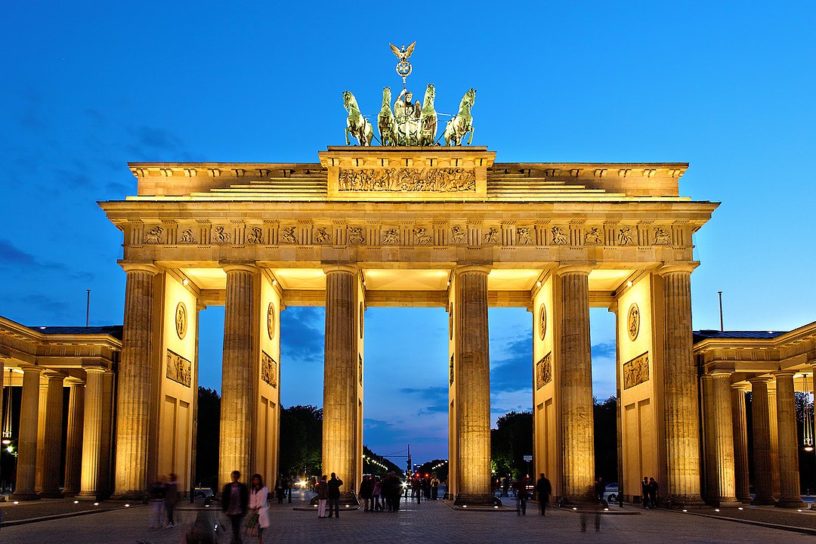 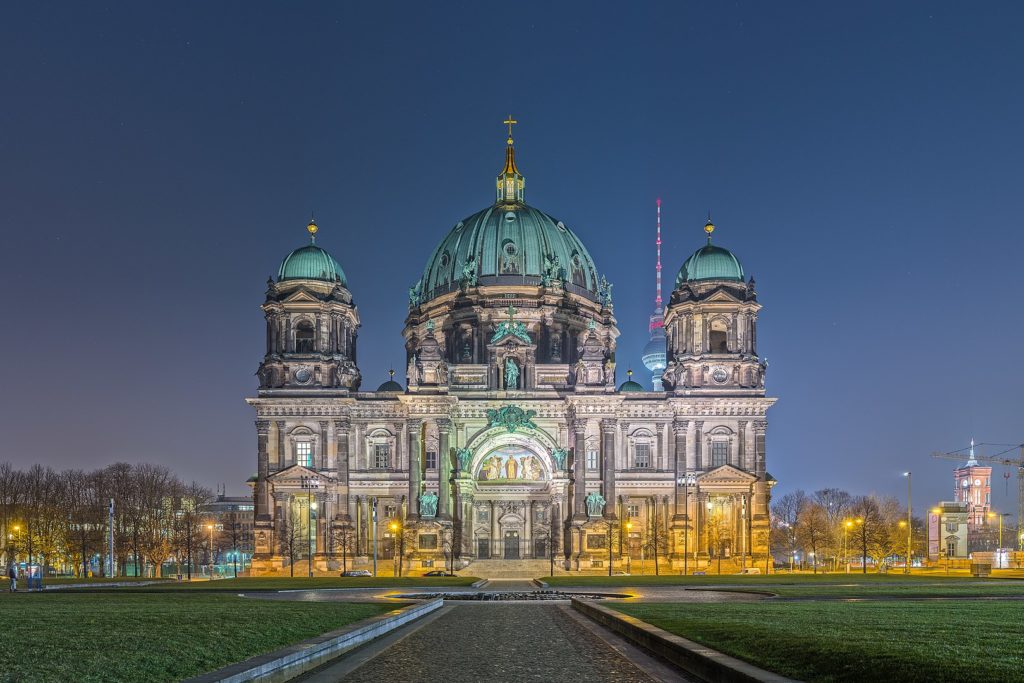 Top 10 Things to do in Berlin

The city of Berlin dates to the 13th century. It faced its most turbulent times in the 20th century. The memory of these events is recorded at the Holocaust memorial and the Berlin Wall open museum.

As Germany’s capital, Berlin was divided during the Cold War, the wall came down in 1989. There are several landmarks in this city such as the Brandenburg Gate, beautiful charming castles and so much more.

Berlin is famous for its vibrant art scene and modern landmarks. It is truly the city for artists to freely express themselves. It is a city that has a perfect balance of skyscrapers and green spaces.

The city lives true to offering you the German experience from good beer to incredible parties. Berlin remains to be Germany’s political, cultural and media hub.

There are a ton of activities to do in Berlin such as museum visits, nature walks, beer festivals, beautiful architecture to admire and heritage sites for a walk down memory lane.

Here is our top 10 pick on things to do in Berlin. 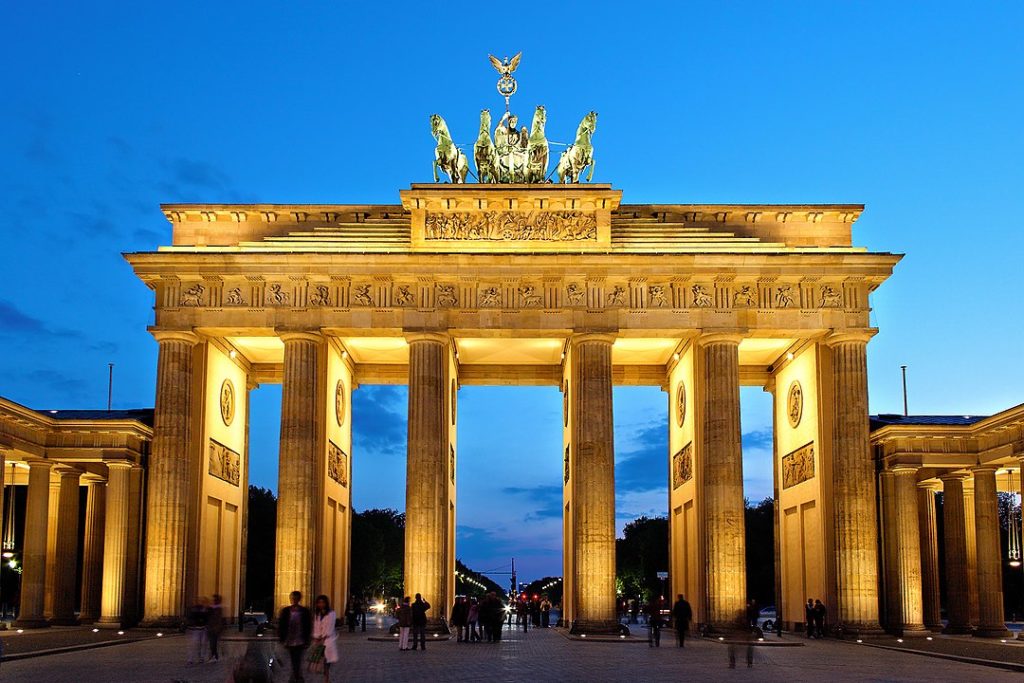 This is by far the most famous historic landmark in Berlin. The Brandenburg Gate once symbolized a divided nation, today it represents unity and peace.

King Frederick Wilhelm II commissioned the gate in 1788. The design of the gate was inspired by the Propylaea is Athens’s Acropolis.

Back in the 18th century, the gate separated East and West Berlin subsequently it stood on no man’s island. It is the most photographed landmark in Berlin as well as a perfect spot to take beautiful photos.

Napoleon marched through this Gate to celebrate his victory in battle.

A visit to Brandenburg Gate at night is a special treat. The beautiful yellow lights that illuminate it create a peaceful ambience.

This building serves as the German parliament building. It was constructed in 1894. In 1933, there was an arson attack on buildings shortly after Adolf Hitler was sworn in as Chancellor of Germany.

There is a glass dome in the building that is open to the public for tours. It also symbolizes transparency.

Renovations of the building took a decade after which it became a parliament building in 1999. 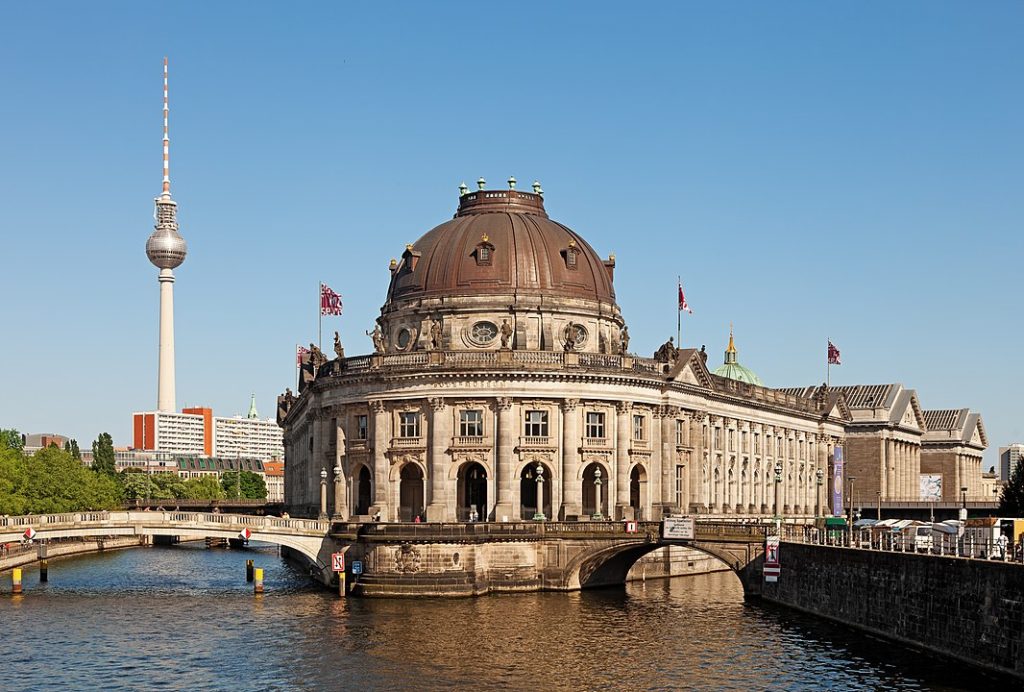 Just by its name, this island is made up of 5 museums. The island sits between the River Spree and the Kupfergraben. It is a 400-meter-long canal also known as Spree Island.

Museum Island is home to some of the oldest museums in Berlin. One of such is the Altes Museum that was built in 1830 to keep the Crown Jewels and several other royal treasures.

A full appreciation of the museum complex needs at least three days. There is a three-day museum pass available that covers not only the museums here but in the rest of the city. A smart option to save on money if you love museums.

4. A guided tour of the Berlin Wall Memorial – Historic Landmark 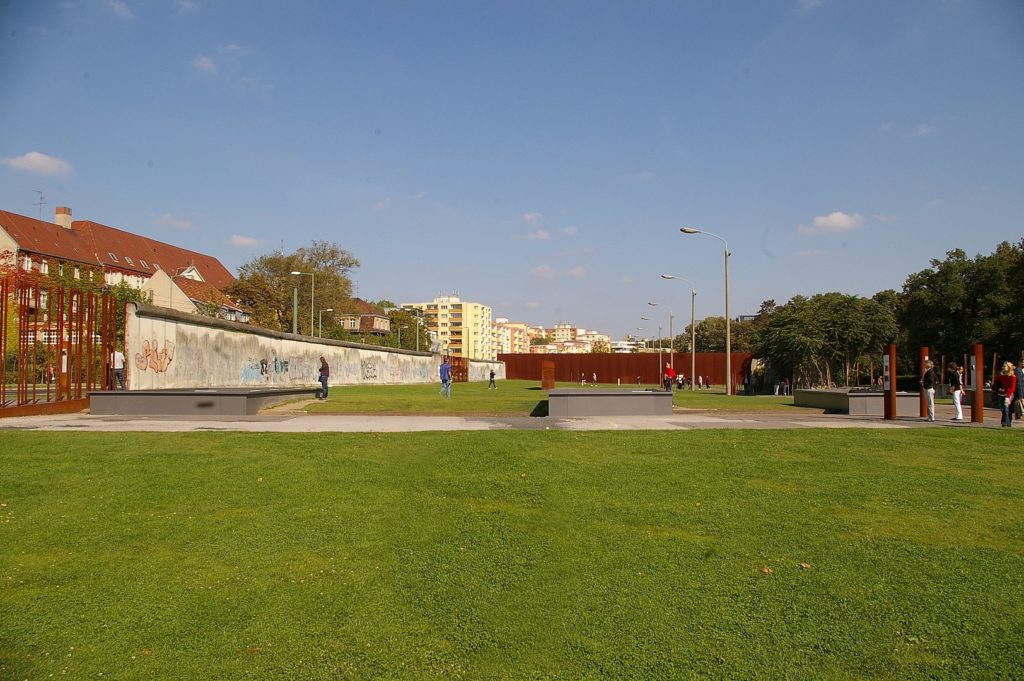 The Berlin Wall is located at the centre of the city. This Memorial Wall stretches for about a mile on the site that once divided Berlin into two.

A stop at the visitor’s centre is highly recommended. You can watch a short film on the history of the Wall as well as other exhibits.

The Chapel of Appreciation was built here to pay homage to the lives lost during Cold War. A guided tour of the memorial, at a small fee, will give you a full appreciation of the significance of this historic landmark.

This is a memorial to the murdered Jews of Europe. The memorial is located close to the Brandenburg Gate. It is made up of a rippling field of 2711 concrete blocks some as tall as 15 feet.

These blocks immortalize more than 6 million Jewish victims of the Third Reich. Some blocks stand as tall as 15 feet.

Most people that visit this memorial walk between the blocks and also check out the visitor’s centre.

This site is highly recommended in Berlin. 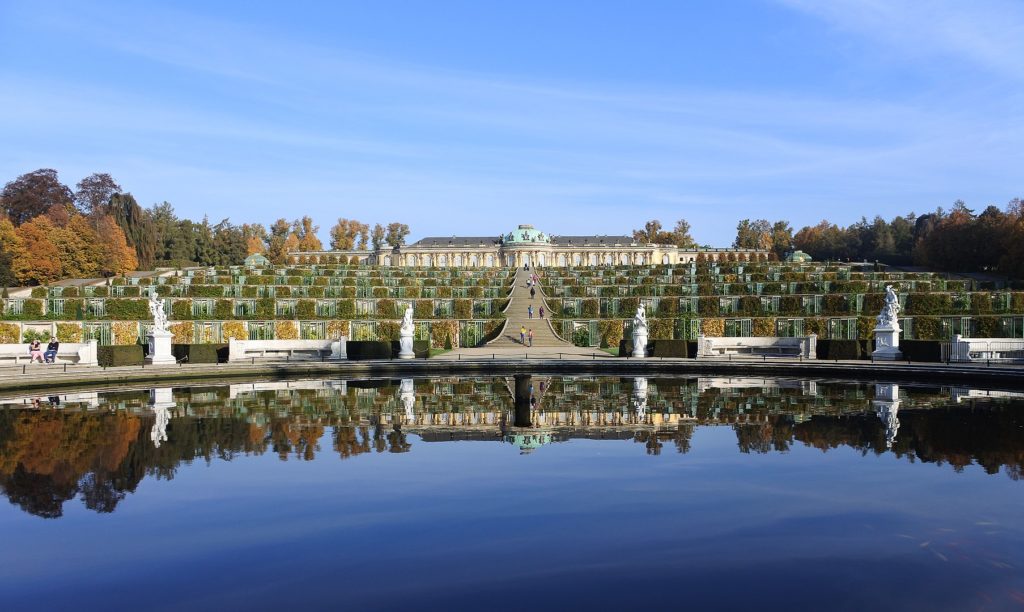 This Palace was the summer home to the Prussian Kings and queens of Yore. Its vast compound has beautifully manicured gardens. Fredrick the Great loved spending his summer here.

Construction of the Palace was completed in 1747 by Georg Wenzeslaus von Knobelsdorff. It is said to be one of the best representations of German rococo architecture.

King Frederick’s body was returned to the palace, after World War II, and buried in a new tomb overlooking the gardens he had created. The gardens of the Palaces are a World Heritage Site.

A visit inside the Palace will usher you to the sophistication, magnificence and original furnishing of the royals.

This was one of the most famous crossing points between East and West Germany during the Cold War. Now a museum, the place has been restored to its original state.

Numerous displays tell the history of the Berlin Wall as well as other human rights. On display are photos and documents of successful escape attempts from East Germany.

You will get to see the means people used in their attempt to escape such as hot-air balloons, getaway cars, chairlifts, and a mini-U-boat.

8. Shop at the local flea market 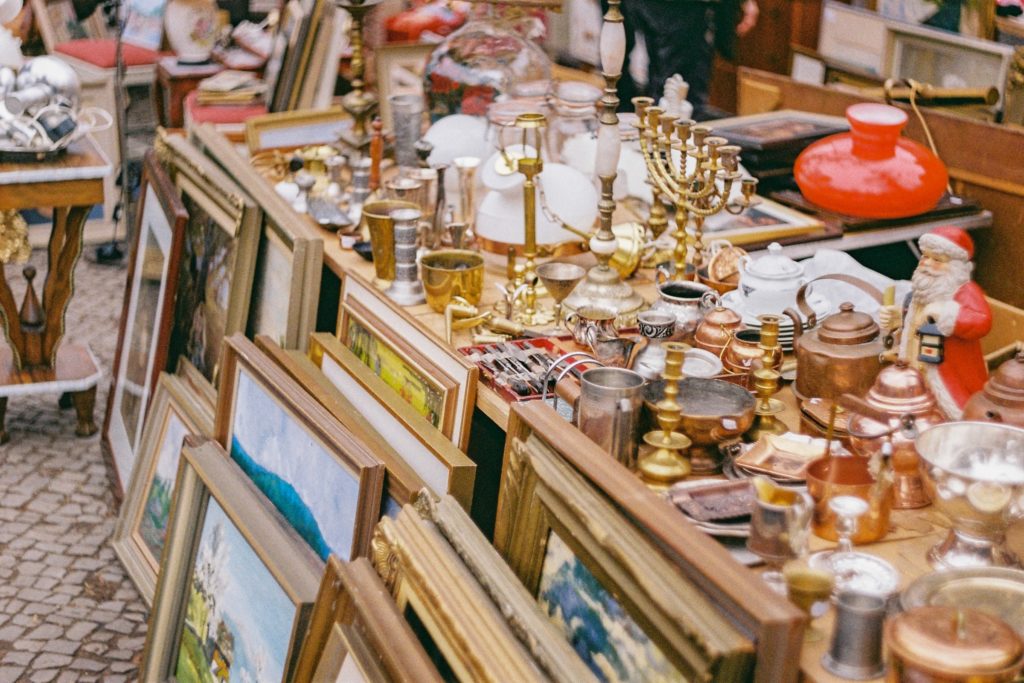 Photo by Nikola Đuza on Unsplash

There are several flea markets in Berlin and it is a favourite of the locals. The most popular ones are open on Sundays at Mauerpark. You will find different beautiful vintage items such as jewellery, bags, shoes and décor items.

Its location used to be a guard station with watchtowers. The guards would shoot down anyone attempting to escape from the East to the West.

On Sunday’s you will find singers on the street, jugglers and spray painters. Should you need a break from browsing the different stalls, relax in one of the open-air beer gardens for a cold drink.

The Botanical garden was the kitchen and herb garden of the Royal Palace in the 17th century. It sits on 126 acres and is subsequently the largest botanical garden in the world.

There are over 20,000 species of plants from not only Europe but all over the world. Some of the plants here are medicinal, giant bamboos, white waterlilies in the pond, orchids and cacti.

The trails in the garden are scenic perfect for a stroll on a sunny afternoon.

Tempelhof Feld is an abandoned airport right at the heart of Berlin. Berliners hold different types of activities in this place such as picnics and kitesurfing.

A guided tour will expose you to cool hidden chilling spots. The abandoned airport has the largest underground bunker in Berlin. During the Allied invasion, several Allies were airlifted from here.

It is common to see joggers, bikers, grill and have fun. What is more interesting about this place is that the locals voted for it to be a green space for the public.