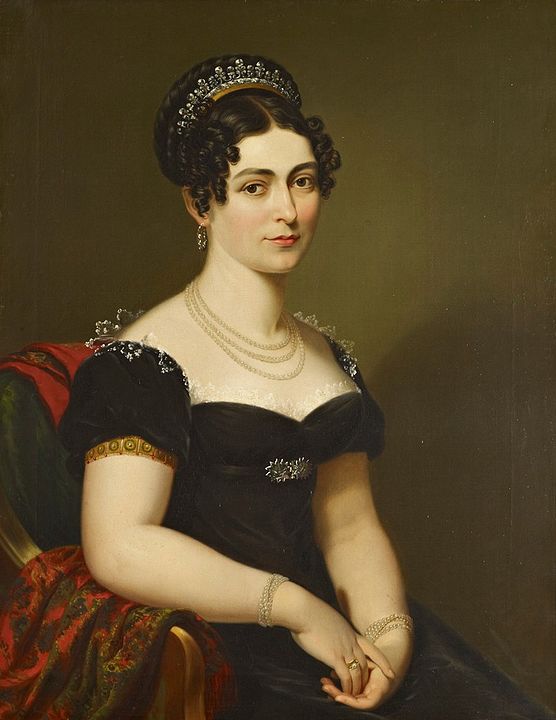 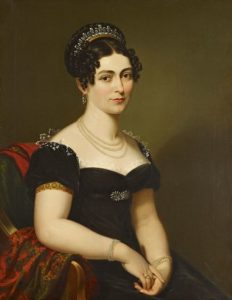 Princess was the fourth daughter and 7th child of Franz Fredrick Anton and Duke of Saxe- Coburg-Saalfeld. She became Charles’s prince of Leiningen second wife when she young at age of 17. While Charles older with 23 years old.

After the death of her first spouse Victoria served as the regent of principality of Leiningen during the minority of their son. Victoria wedded  in 1818. This was after Prince Edward the Duke Of Kent proposed to her and she accepted.

Victoria was widowed  in 182. Prince Edward due to the cause of pneumonia. The princess had no reason to stay. Since she was in a strange land. This is because she didn’t speak their language.

Princess Victoria decided to stay. This is because her daughter was n third line of the throne. She gambled on her daughter accession of Kent. Princess Victoria invented Kensington system that governed the young Victoria upbringing. This made queen to resent her mother. It destroyed their relationship.

Prince Albert convinced the queen Victoria to reconcile with her mother. This was after Princess royal was born. She was the first child to the queen. And their relationship was a closer one .

The Duchess died in 1861 at the age of 74 years. She was buried in the Duchess of Kent’s Mausoleum at Frogmore, Windsor home park.

1.Princess Victoria  was born in a privilege family

Victoria was a  German princess. She was born in the Holy Roman Empire of the German Nation. Her parents were Franz Fredrick Anton, Duke of Saxe-Coburg Saalfeld and Countess Augusta of Reuss-Ebersdorf.  Ernest I, Duke of Saxe-Coburg- Gotha was one of her brothers. The Other brother was Leopold who was the future king of the Belgians and married 1816

2.Princess Victoria  was married at a young age 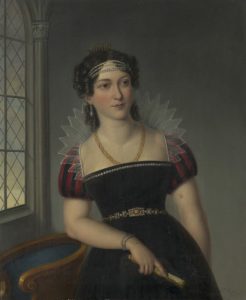 Victoria was married at the age of 17 year. She was the second wife to Charles , Prince of Leiningen. He was 23 years her senior. The two has two children Prince Carl was born 1804 and princess Feodora of Leiningen  born in 1807.

Victoria became direct matrilineal ancestor to the following  members of royalty in Europe Carl XVI Gustaf of Sweden, Felipe VI of Spain and Constantine II of Greece. This became possible because of her first marriage.

3. She became the Duchess of Kent and Strathearn

Prince Edward Duke of Kent and Strathearn was one of sons of George III who were prepared to marry. He proposed to Victoria . The two got married in 1818 at Amorbach. They had the second marriage ceremony onjuly13 1818 at Kew palace in the presence of Edward’s ailing mother Queen Charlotte.

4. Princess  Victoria was the mother to the famous Queen Victoria 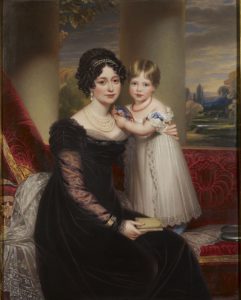 The duchess of Kent with her daughter, the future queen Victoria
photo by Henry Bone Wikimedia

After the Duke and the Victoria  got married they moved to Germany . And Victoria became pregnant and they decided to have a child  born in England where they returned. They moved to Kensington palace. Later  the duchess gave birth to a  daughter in 1819. She was named Princess Alexandria  Victoria who later became Queen Victoria.

The Kensington was  created to govern the young Victoria upbringing. The system was strict and elaborated set rules .It was designed by Victoria the Duchess of Kent.

The Duchess was overprotective and raised  Victoria . She was  extremely isolated her from other children. The system was also prevented the princess from meeting people whom her mother seemed undesirable. These people included the most of her father’s family.

6. Victoria the Duchess of Kent  daughter was the third line to became the successor to the throne

Her daughter Victoria was the third in line to become the successor to the throne. After her uncles Frederick, Duke of York, and William, Duke of Clarence.

Victoria had decided to stay in England instead of going back to her homeland Germany. In order to help Victoria ascend to the throne. The young Victoria  ascended the throne at the age of 18.

7. The Duchess  reconciled with her daughter  after the birth of the princess

The Queen Married her first cousin  Prince Albert of Saxe- Coburg and Gotha in 1840.Victoria The Duchess reconciled with her daughter Queen. When Queen’s first child was born the princess Royal. This was due  to Prince Albert’s persuasion.

The Duchess became a doting grandmother  and her relationship with daughter became a closer one.

8. She experienced two tragedies in her marriage 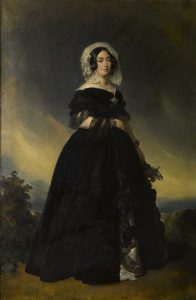 Victoria was married to Charles Prince  of Leiningen. She was the second wife, while the first wife was  Countess Henrietta of Reuss- Ebersdorf. She was Victoria’s aunt. Victoria served as the regent of the principality of Leiningen during the minority of their son, This was the death of her first spouse.

Victoria was proposed by Prince Edward Duke of Kent and Strathearn and she accepted. The couple were married and blessed with a daughter  who later became Queen Victoria.

She was widowed in 1820. The Duke of Kent suddenly died of Pneumonia . This was six days before King George III who was his father.

9. Princess Victoria of Saxe Coburg was involved in a royal feud

John Conroy’s relationship with duchess was very close. He was serving as her comptroller and private secretary for 19 years. Holding the unofficial roles of public relation officer, counsellor, confident and political agent.

Princess Victoria and John became unpopular with royal family.  Since there have been a hostile environment with them and the royal family. The Duke of Cumberland rumor were spread in 1829. That they were lovers. This attempt was to discredit  them.

10. It is believed that  were rumors’ of Princess Victoria’s Affairs

According to some of historians they argued that Victoria’s father was not the Duke of Kent. This is because in the  British royal family among the descendants of Queen Victoria . There  had been widespread of  hemophilia

It is unknown in either the Duke’s or Duchess’s family, had arisen among the best documented families in history.

In practice, this would have required the Duchess’s lover to be haemophiliac – an extremely unlikely survival, given the poor state of medicine at the time. Or the Duchess herself to be a carrier of haemophilia. since haemophilia is X-linked, meaning that her mother would have been a carrier.

If haemophilia was not otherwise previously expressed in the Duchess’s parents. Actual evidence to support this theory has not arisen, and haemophilia occurs spontaneously through the mutation.