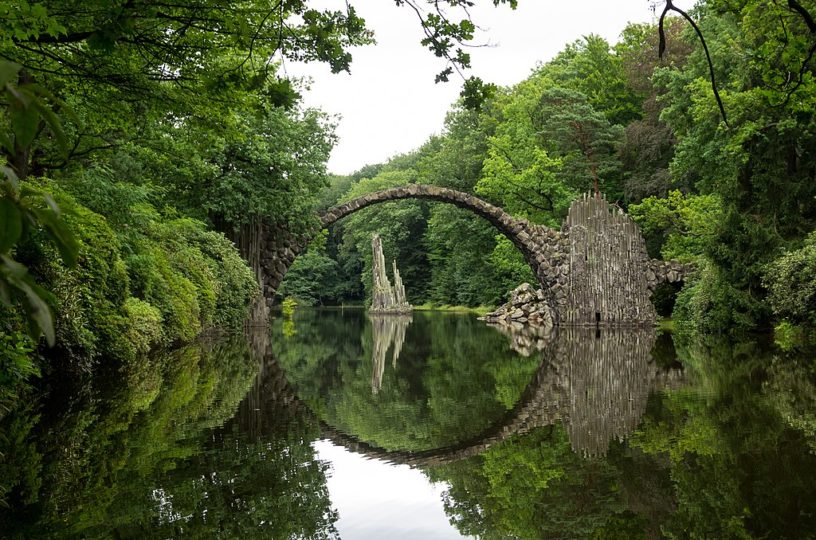 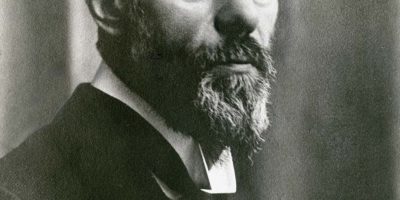 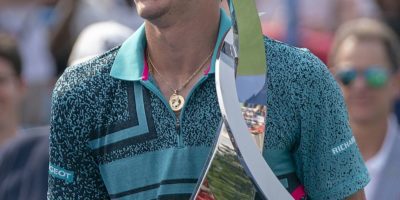 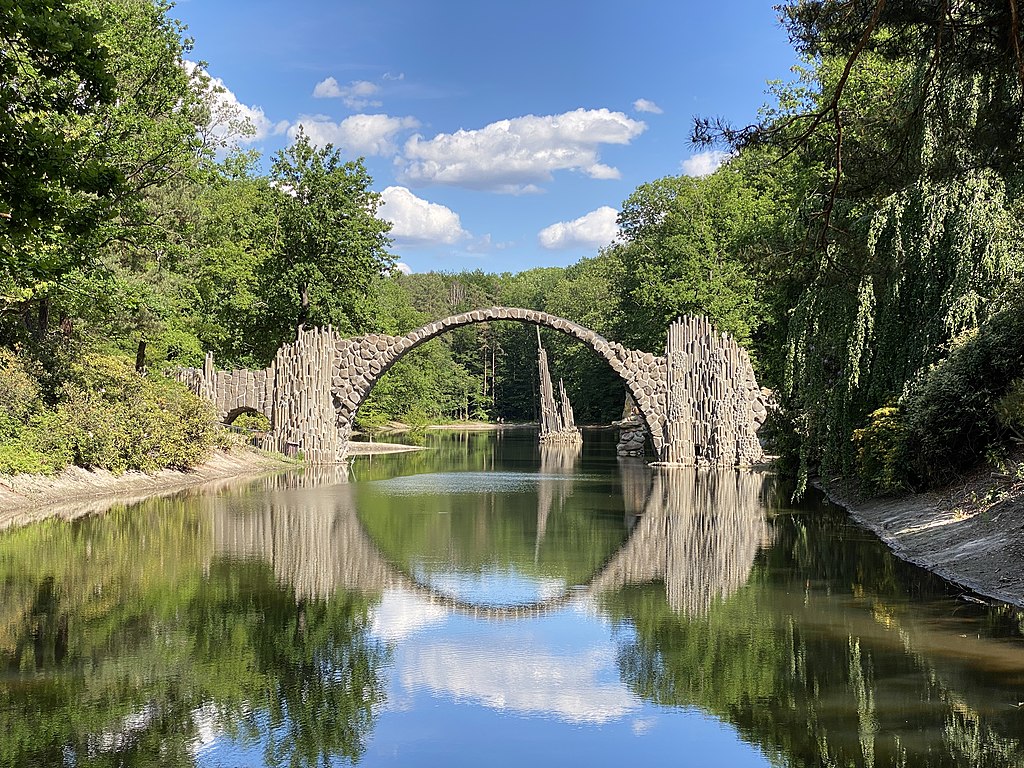 Germany is a stunning nation that is full of intrigue and mystery. The Devil’s Bridge is a unique work of architecture and one of the more impressive vistas. Especially considering its age, this bridge is a piece of beauty and natural wonder.

There are so many fascinating details about this marvel that it’s difficult to know them all, whether or not you were aware that it ever existed. We have investigated this outstanding work of architectural art and discovered the truth.

The following 10 facts about Germany’s Devil’s Bridge may surprise you!

1. It mixes gothic architecture with the outdoors 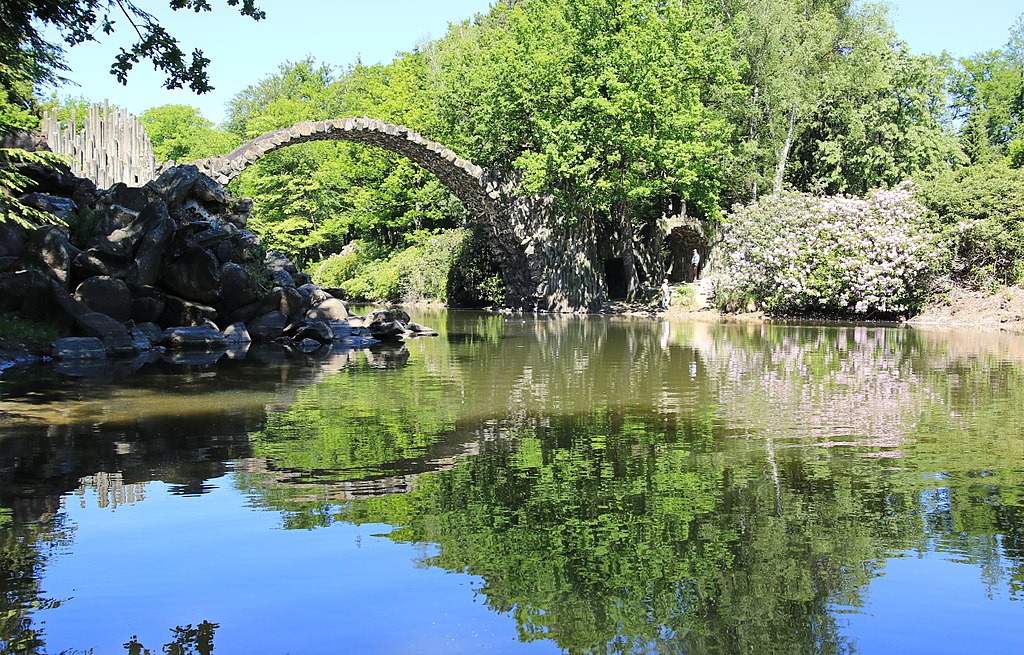 Rakotzbrücke by Kora27 from Wikimedia Commons

The majority of the bridge is made of basalt and was constructed in the gothic architectural style. The carpenter who worked on the project fastened these stones with wooden beams, but when it was time to take them down, he was slain. They worked on this monstrosity for ten years, trying to make it look as natural as possible.

We believe they were somewhat successful because the bridge does appear to blend in with the surrounding vegetation, but it still sticks out for the same reason.

2. There is one there at Kromlau Park 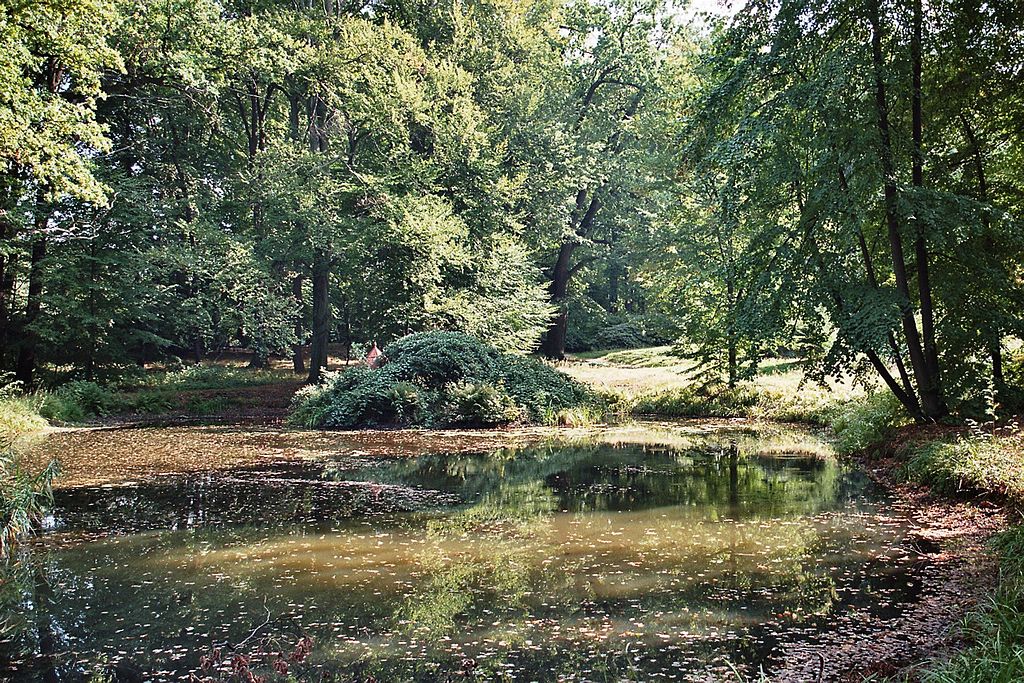 The knight also requested the creation of a park in addition to a bridge. Because of this, the area where the bridge is located is referred to as Kromlau Park. Despite being in Saxony, Germany, this park has more to offer than just the bridge.

Their 150-year-old tulip trees and rhododendrons are both must-sees for botany enthusiasts. It is also worthwhile to visit the castle, where several weddings are conducted. If you like, you can even book a room in the apartment on the top level of the castle.

3. Fall Is the Best Time to Visit The Bridge

When the bridge is restored, you should think about going there in the fall since it is so breathtakingly beautiful. No filter can really recreate the haze and change of the leaves that fall brings. The bridge itself is more apparent, and each and every line is distinct in contrast to the water’s appearance of glass.

Even while summer may be more your style, October is when the real Devil’s Bridge fans come out to play. You could be one of them, marvelling at the incredible scene being produced before your own eyes.

4. You may observe but not touch 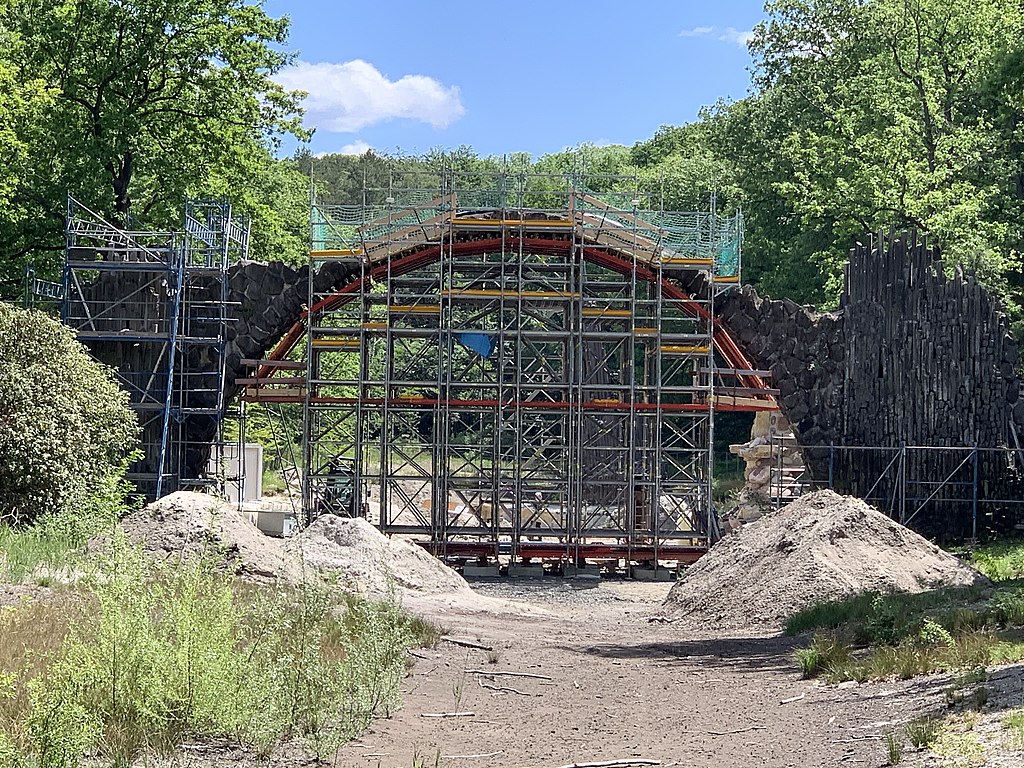 Unfortunately, the bridge is no longer accessible to the general public, so you might not want to travel there to walk across it and experience a piece of history. They are actively rebuilding the bridge because they want to keep it around for future generations.

Because they completely drained the lake in August 2019 to continue their work, you might wish to postpone your visit. It could be in your best interest to check their Facebook page before booking a flight if you still want to see this magnificent piece of architecture, even though it is still on your bucket list.

5. There are in fact 49 other bridges

It’s rather amazing to realize that there are truly 49 Devil’s Bridges in existence. In addition to being constructed abroad, individuals from all around the world determined that they wanted their creations to be classified as demonic.

Although we are delighted they were made, it begs the question of why these architects desired to have such a thing associated with their name.

6. Other nations outside Germany also have them 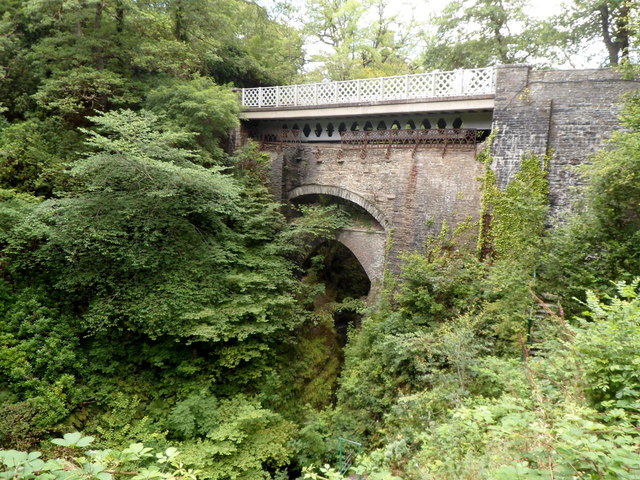 The Three Bridges by Jaggery from Wikimedia Commons

Devil’s bridges are known to exist in other nations than Germany. A number of different European nations have their own variations of this bridge. These other bridges also adhere to the same demonic notions, therefore the name, although no two are similar.

Given that the other structures were erected between the years 1000 and 1600 AD, the Rakotsbrucke stands apart since it was constructed considerably later. Although there are similarities between England and Italy, none have quite attracted the same level of popularity as the bridge in Germany.

7. A complete circle is made by its reflection 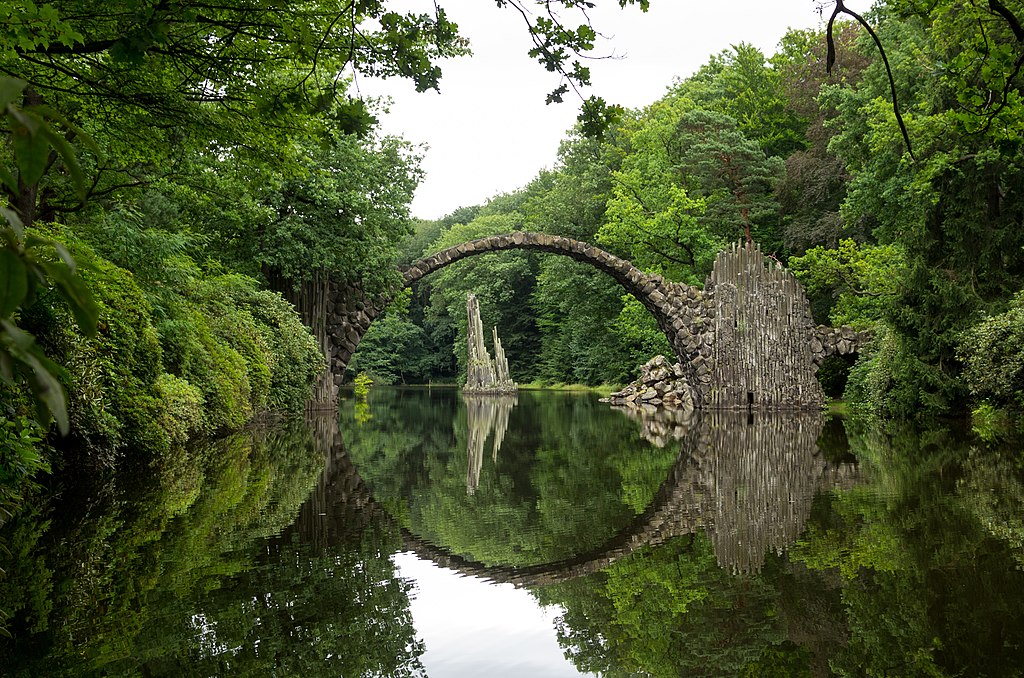 This bridge in particular has a large following because when it reflects in the water, it creates a complete circle. Even though it is a stunning piece of art, the older it is, the more astounding it is.

If you go, you won’t be able to take your eyes off the breathtaking scenery as you marvel at the work of art right in front of you. This bridge’s natural surroundings only serve to enhance its allure and make you want to stay forever since it is unlike anything you have ever experienced.

8. Due to claims that Satan built it, it is known as Devil’s Bridge

Back then, it was widely believed that anything that contradicted natural principles had to have been constructed by Satan himself. According to the idea, the architect made a deal with the devil whereby he agreed to steal the soul of the first person to cross the bridge. From that point on, the narrative became somewhat erratic because it varied depending on whom you spoke with.

Some said the architect sent a dog to trick the devil, but others claim the architect walked it himself. Other rumours about the bridge include the notion that sailing beneath it will provide you with special abilities or that looking at it from a certain angle will reveal the face of the devil.

9. Its official name is Rakotsbrucke 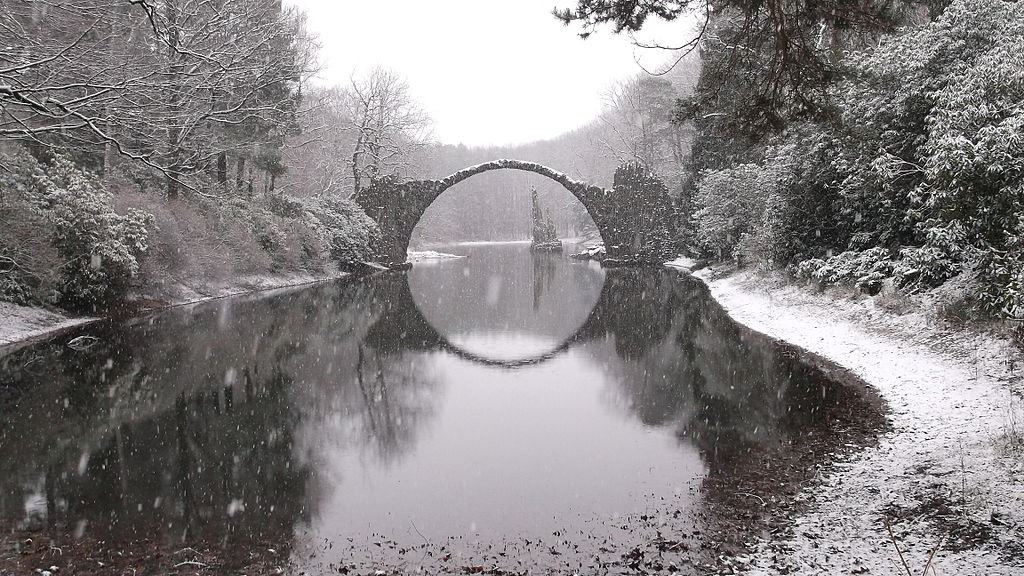 Although it is officially known in Germany as “Rakotsbrucke,” we commonly refer to it as “Devil’s Bridge.” There is no translation for “rakots,” but “brucke” means bridge, therefore it is unknown whence this particular term originated. Since “Teufel” is the German word for the devil, we initially assumed it would be called “Teufelbrucke,” which is the direct translation.

We’ll never understand why this bridge was given such a strange name rather than the one we’ve chosen for it now.

Yes, you did read that right. It dates back to 1860, when a knight from Kromlau by the name of Friedrich Hermann Rotschke commissioned it, making it older than dirt. The man was a lover of nature who wanted to convey his enthusiasm by building a bridge against the rules of nature.

Today, while we admire the craftsmanship created by the finest and brightest of his era, we are thankful for his inventiveness. Even though it is more than 160 years old, we still wish we could have met the knight who had such a passion for making beautiful things.