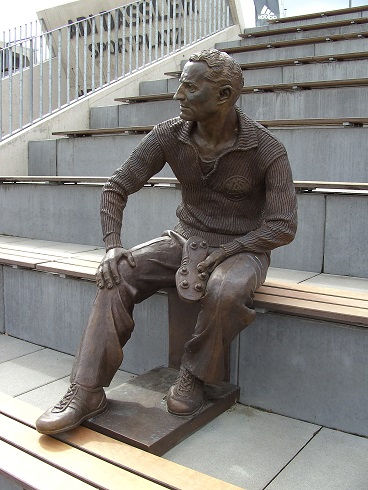 Adolf Dassler was a German cobbler, inventor and entrepreneur. He was founder of a shoe company called Adidas. He was born was in1900.

Adolf repaired shoes in town to put food on the table. He cofounded  a sport shoe manufacturing company Dassler  brother with his elder brother Rudolf.

Adolf Dassler was a inventor of athletics shoe design. It is one the earliest promoters that obtained endorsement from athletes. This gave a drive sale of his products.

He managed to build  the largest manufacturer of sports wear and equipment. The company had 17 factories  and annual sales of one billion before the time of his death.

1.Adolf Dassler was drafted military at a young age

He served in the military until October in 1919.  After the return he started working on his specialized athletics shoes. Adolf converted his mother’s washroom to a shoe workshop.

2.Adolf was an  cobbler , inventor and entrepreneur

He mad his first shoe in his mother’s wash kitchen after he returned from serving the 1st world war. He started a business to support himself by repairing shoes. Adolf scavenged from army debris since there was no reliable supply for materials.

He supplied silk for slippers which were made from parachutes. Other materials he used included of  army helmets and bread pouches that supplied leather soles. Adolf’s business vision of specialized sports design. He produced the earliest spiked shoes.

Adolf Dassler also used rubber from fuel tanks and rafts and canvas from tents to make shoes. By doing this he was able to produce shoes  and able to manage his business.

3.Adolf and his brother co-founded a shoe factory 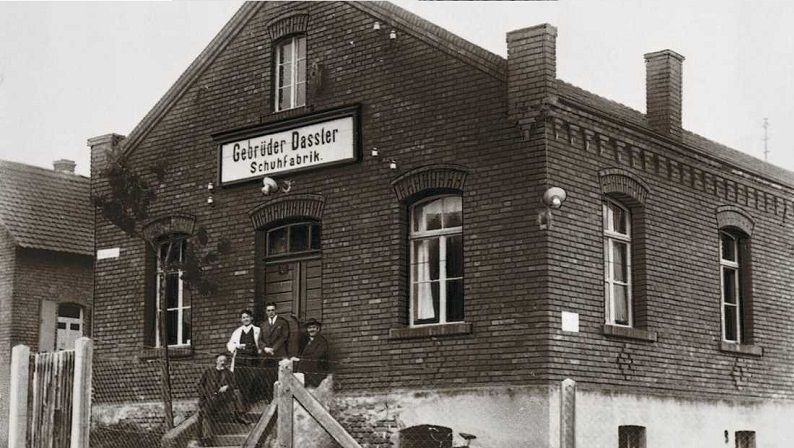 Adolf had supported himself with a business of repairing shoes in town. After Rudolf finished doing his training. He joined Adolf’s firm in1923. Adi was able to register ‘the Dassler’s brothers sport shoe factory in 1924.

They were operating in a former washroom. It was converted to a small workshop with manual electricity generation. The Dassler’s were making leather football boots with studs in 1925. They also made track shoes with hand-forged spikes.

4. Adolf produced  one of the earliest spiked shoes

Since Dassler used to modify available devices to help mechanized production in the absence of electricity. He used belts  and equipped the leather milling machine mounted to a bicycle powered by first firm’s employee.

This led business have a vision of specialized sport design. Adolf Dassler produced the earliest spiked shoes. The spikes were forged by the smith of the family of his friend Fritz Zehlein.

He experimented with various materials like shark skin and kangaroo leather. This was to create strong but lightweight shoes.

5.. Adolf Dassler was the founder of shoe company known as  Adidas

The logo of Adidas photo by Adolf Dassler Wikimedia

In 1990 Adolf was able to register  the three stripe logo as the company trademark. The three stripe were the distinctive mark of Adidas shoes. He was to concerned in designing  a unique look for his shoes.

The  unique look of his shoes was purposely to show that the athletes were using his footwear. This was after the Dassler’s brothers parted their way.

The Adidas only produced shoes only in 1952. Then later it started producing the sport bag. This was the company’s first non- shoe products.  It was followed by things like clothing balls and other product that were produced .

Adidas became the world’s largest producer of shoes. Before the end of decade the brand had operated in 16 factories and had produced 22000pairs of shoes per day.

Dassler enrolled in the footwear technical college in 1930 in Pirmasens. Franz  Martz was one of his instructors. Dassler became a frequent guest of Martz.

7. Adolf and his brother joined the Nazi party

In 1933  the Dassler’s brother and Sepp Herberger joined the Nazi party.  After the Germany’s humiliating quarter defeat by Norway at the Berlin games. The Nazi sports appointed  Herberger to coach national football team.

Sepp Herberger began association with the Dassler firms having been well informed by Rudolf. Herberger switched his allegiance to Adidas. This is after he sided with Puma firm then shortly he left challenged and insulted.

Adolf was better because he was willing to learn the needs of football players and was more innovative than his brother. Later Adolf became a regular part of team. He sat beside Herberger and adjusted players ‘shoe mid- game.

8.He produced the first track and field warm up suit

Adolf Dassler  produced the first track and field warmup suit in1967. He emblazoned with the iconic three stripes. Purposely for athletes could wear functional clothing before and after events. With this move he intuitively laid the groundwork for the expansion of sportswear into the leisurewear market and simultaneously achieved a significant increase in public exposure to his trademark.

9.Adolf Dassler’s  sculpture of Dassler was unveiled in the Adi Dassler Stadium in Herzogenaurach

Tabachnyk created the statue of Adidas founder Adolf Dassler in 2006.  It was installed at the Adi Dassler stadium in Herzogenaurach. The life-size, bronze statue was reproduced in various sizes. The statue  also stands at the new flagship Adidas store in New York City.

It is which is the biggest Adidas store worldwide. The opening of the sculpture in New York was on December 2016.Since January 2019 another original of the statue is placed at the entrance to the Adidas-Store at 22 Avenue des Champs-Élysées in Paris.

10.Adi Dassler was the first non-American admitted into the National Sporting Goods Industry Hall of Fame

During the 1928 Olympics in Amsterdam, Adolf Dassler unique designed shoe began to gain world wide reputation. Jesse Owens was wearing the pair of Dassler’s track shoes. This when he own the four golden medals for the US  at1963  the Berlin Olympics

Adolf held 700 patents related to sports shoes and other athletic equipment. In 1978 he was inducted into Americans sporting Good Industry Hall of Fame. He was as one of the founders of the modern sporting good industry.