Top 10 Things to do in Tourcoing 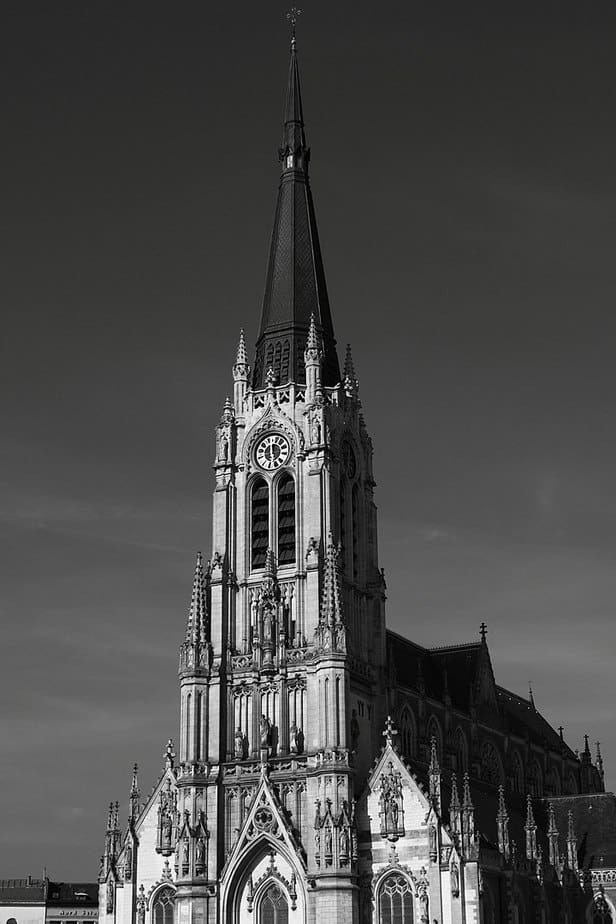 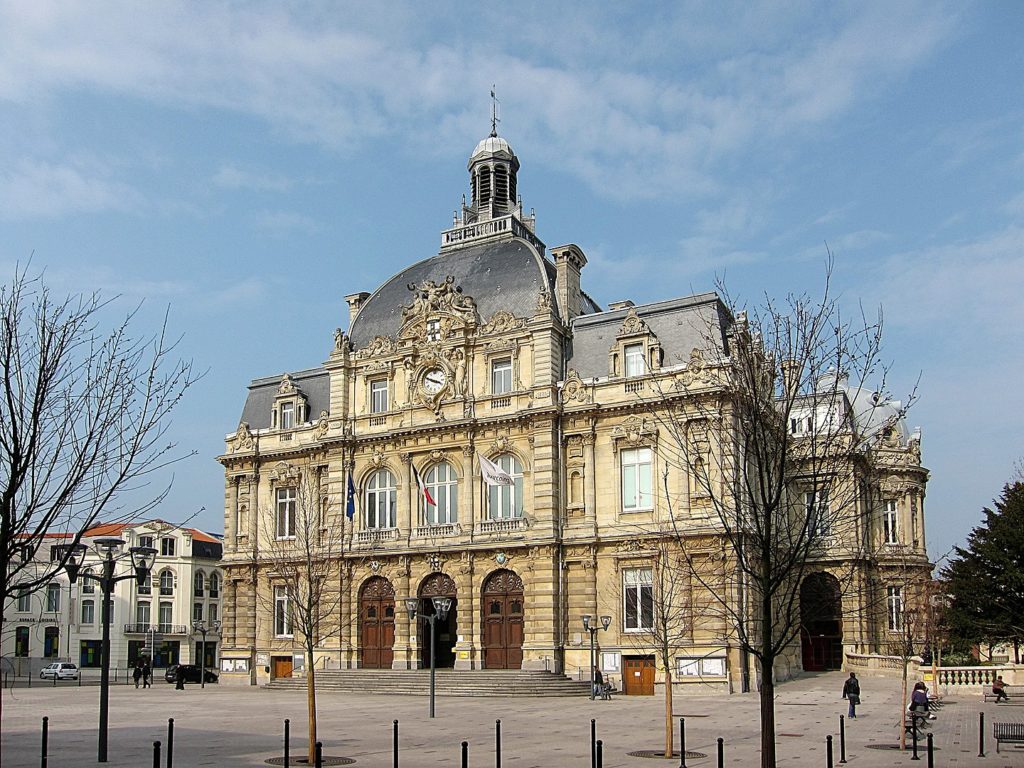 Top 10 Things to do in Tourcoing

Tourcoing city is located in the northern part of France and is near the Belgian border. It is the fourth in the Nord-Pas-de-Calais in terms of population.

The Tourcoing and Roubaix cities were a major center for wool textiles; this was because the land favored sheep breeding, they would graze their Sheep on the Belgian border way before the Romans took over.

In the 15th century, Tourcoing was leading in textiles production which led the Emperor Maximilian of Austria to authorize a trade fair for the town in 1491. Years later King Louis XIV integrated the city into the French kingdom in 1668.

As time went by, the textile industry diminished and the residents of the city branched out into other businesses to keep the economy going. Today, Tourcoing and Roubaix form part of Lille metropolis.

This city with an industrial past has loads of fun activities and places to visit that showcase its rich cultural and architectural heritage.

Here are the Top 10 things to do while in Tourcoing.

1. A visit to St. Christophe Church 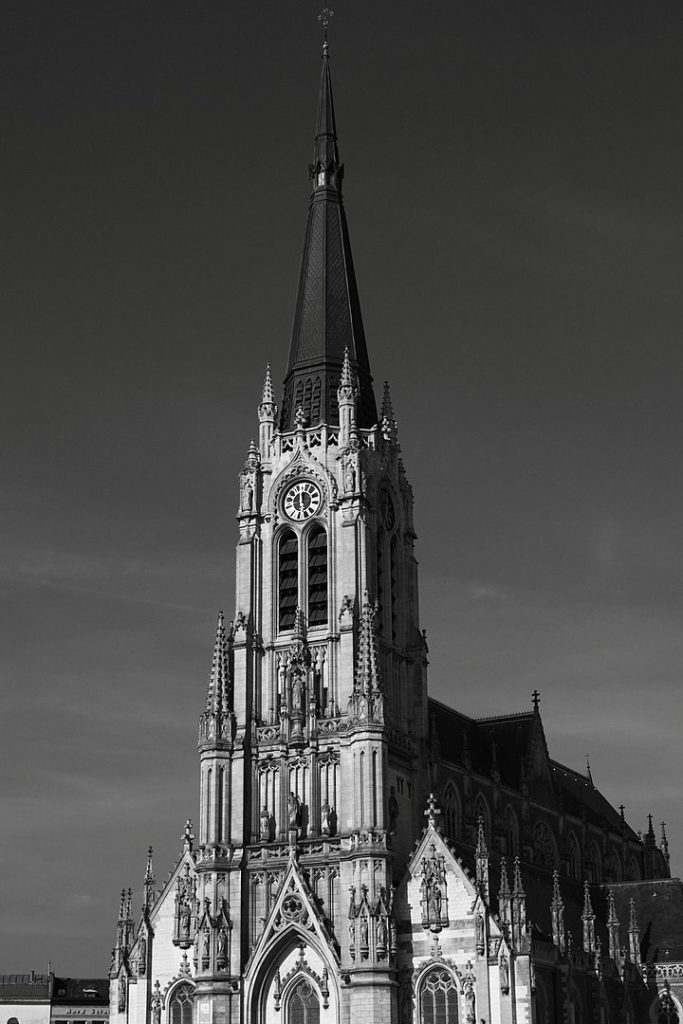 This is magnificent building is right in the middle of town. It is a neo-Gothic building with 62 bells.

The church dates back to the 10th century and it was expanded by Lille architect Charles Leroy from 1856. After closure for renovation, it was reopened for worship in 2001 and the work was completed in 2011.

The church has a bell tower that is 80 m high contains a staircase of 255 steps which leads to a carillon museum. While touring this church, you will be able to access the 62 bells and the clock by a staircase built in the 16th century. It will lead you to a breathtaking view of the entire city.

You will be awed by its bright interiors and the red and green painted keystones.

2. Take a tour of the Verlaine Message Museum 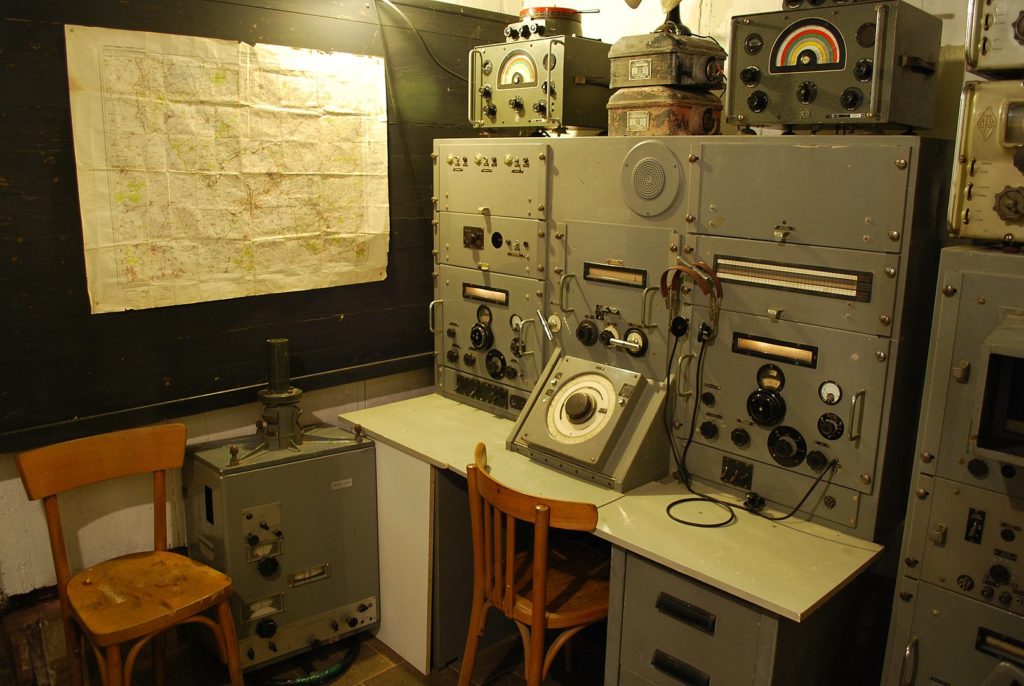 This historical museum was founded in 1991; it is also referred to as the Museum of June 5th 1944. It was named after the message sent by the BBC’s Radio London at 9:15 pm on June 5, 1944, announcing the imminent invasion of Normandy.

The museum consists of the concrete bunker where the German Wehrmacht intercepted the message.

The bunker’s wartime function such as the generators, ventilators, telephone exchange and translation department, as well as the general’s office, kitchen and guard post, have been restored to its wartime appearance and is open to the public.

A tour of this historic museum will give you a front-row experience on how the Gestapo (Secret State police) used to detect and locate radio transmitters used by the French resistance and a room dedicated to the landings in Normandy. 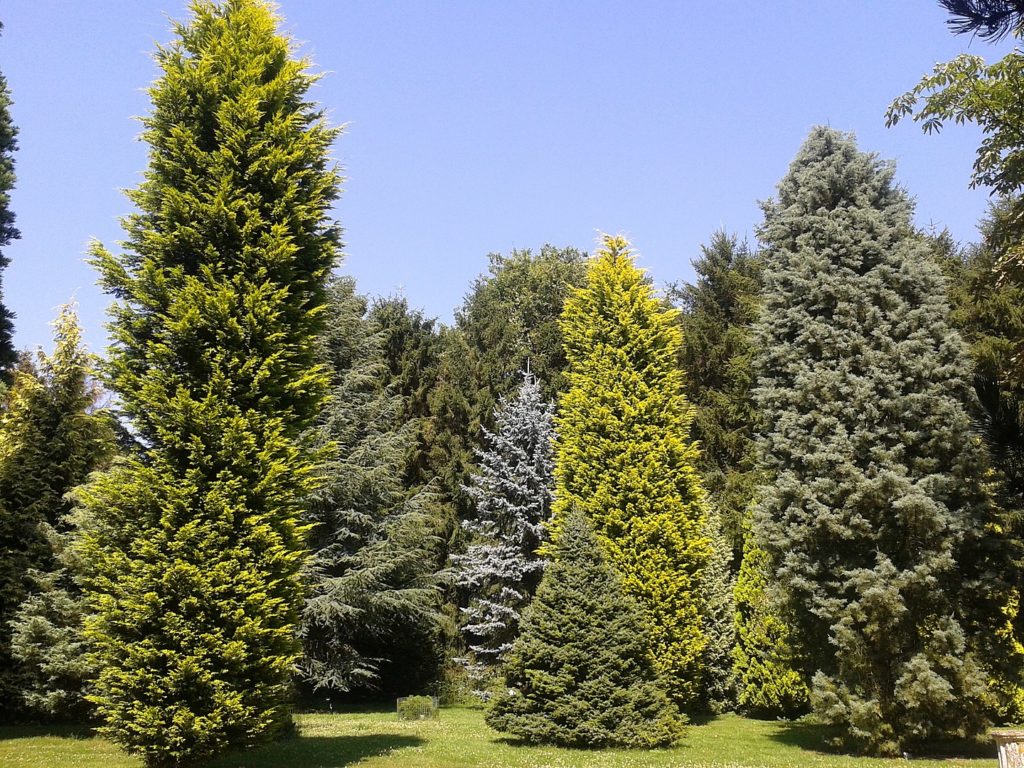 If you happen to be Tourcoing in the spring, fall or summer, a run, a relaxed walk with a loved one or alone or maybe an easy Saturday afternoon at a park is always a good idea.

This private park was first created by a Belgian architect in 1930; it was abandoned during World War II and later remodeled in 1950.

It has thousands of trees from the conifer species from 5 continents.

It is open to the public at a fee. You can access the park in spring and fall plus summer.

4. Be one with nature at Jardin Botanical Garden in Tourcoing

This historical garden is also known as the green jewel of Tourcoing. It was established in 1917 on the site of a former private garden and has recently been renovated and extended to be a municipal garden.

A stroll on the open walking paths in the garden displays interesting layout of the landscape, at the central crossing, are a fountain and a pergola, supporting beautiful white and blue wisteria, and an English garden with sinuous curves.

There is no entry fee to this beautiful garden. What’s even more amazing is that it is open daily.  For a fun moment with the young ones, nature enthusiasts, or just a rest from the busy city, take some time off and experience nature far too near a city.

This is an art museum in Tourcoing. It’s in a 20th-century mansion and it pays tribute to the French painters Eugene Leroy.

Take a tour of the museum and interact with contemporary art and performance or centuries-old pieces.

Experience the dialogue between the work, stylistic and thematic, also the performing arts and visual arts, and the renewed regularly hanging.

The museum is open every day except on Tuesday and bank holidays.

This Arab institute in Tourcoing city is worth a visit. Learn and discover the cultures and civilizations of the Arab world.

There are exhibitions, one can attend conferences or participate in guided tours of the institute for a much deeper appreciation of the Arabic culture.

7. A tour of the present in the past at Villa Cavrois 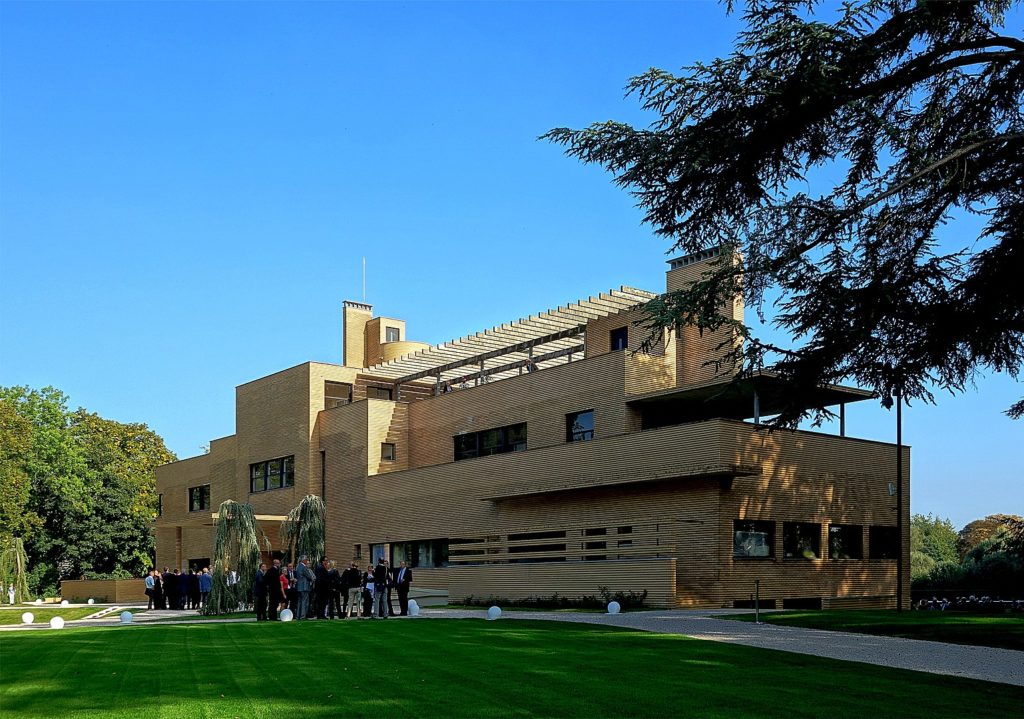 This mansion was owned by Paul Cavrois who was a textile industrialist from northern France who owned modern factories for spinning, weaving and dyeing cotton and wool. He built the mansion for his family of seven and servants.

A tour of the Villa Cavrois will exhibit a masterpiece of modern architecture. The Villa is evidence to the modernist vision of the 1920s as conceived by designers such as Le Corbusier, Pierre Chareau and the Bauhaus school.

One will be quick to notice the aspects of luminosity, hygiene and comfort that were factored-in during the construction of the villa.

8. Get inspired at the La Piscine Museum 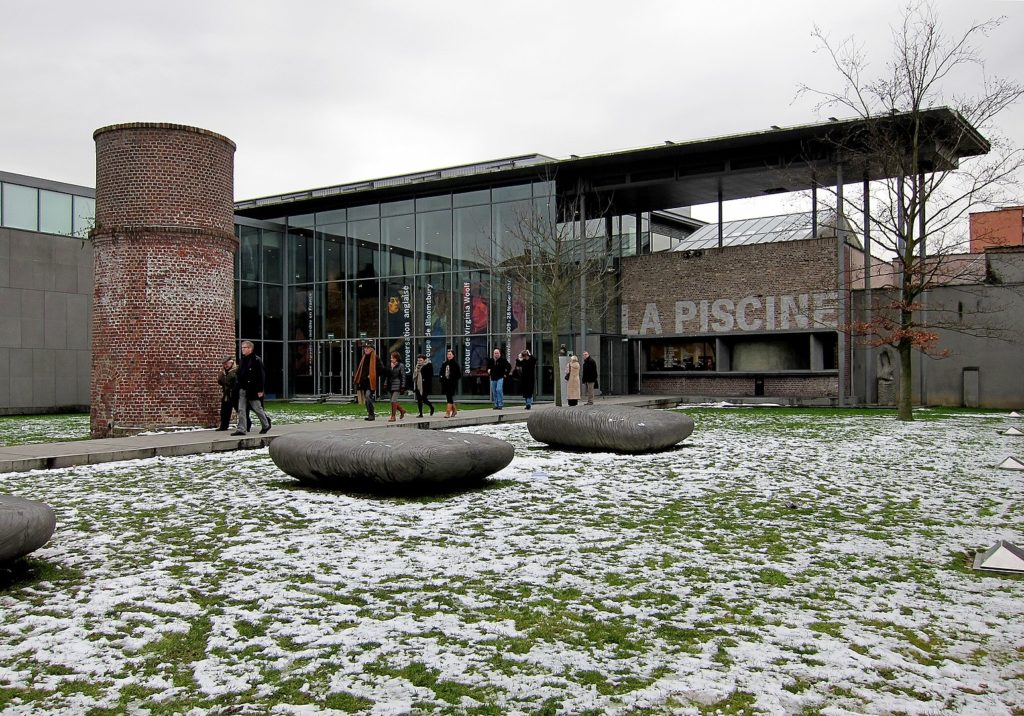 A tour of this swimming pool museum is a mix of both fun and history. The swimming pool was constructed in the 20th century by the Lille architect Albert Baert.

It was later closed as a swimming pool in 1985, remodeled as a museum by the architect Jean-Paul Philippon then opened in 2000.

The museum has spaces devoted to the History of Roubaix, sculpture, the Roubaix Group, temporary exhibitions, and young audiences.

All this adds to your historical wealth as you walk around the museum and also through the services offered.

The museum offers a ton of activities for families, couples and that solo explorer. It is only a 12-minute drive away south of Tourcoing.

This medieval fortress is 10 minutes from the Lille metropolis. The eighteenth-century building has occupants that are welcoming to visitors.

It is an opportunity for one to discover the scores of assortments that is proof of the trends of the Age of reason also known as the Enlightenment.

It was built in a classic French style and is surrounded by moats. The Château is open year-round to the public.

It is a perfect setting for a relaxed day or afternoon for walks on the concierge full of different tree species and magnolia. There is café nearby for some delicious tea.

10.  Day out at the Park of Lion – Educational Farm

Just 13 minutes away southeast of Tourcoing is this wonderland for both adults and kids. You do not have to worry about keeping the kids entertained during your trip to Tourcoing.

This educational farm has loads of activities for the children, as well as gives a sense of the countryside life.

It is open all year round and when you and your family visits, you will be able to see the animals in their natural habitats such as the cowsheds, stables.

There is also a chance to feed the cows, horses, sheep, pigs and the other animals in the farm.