Top 10 Things to do in Toulouse, France 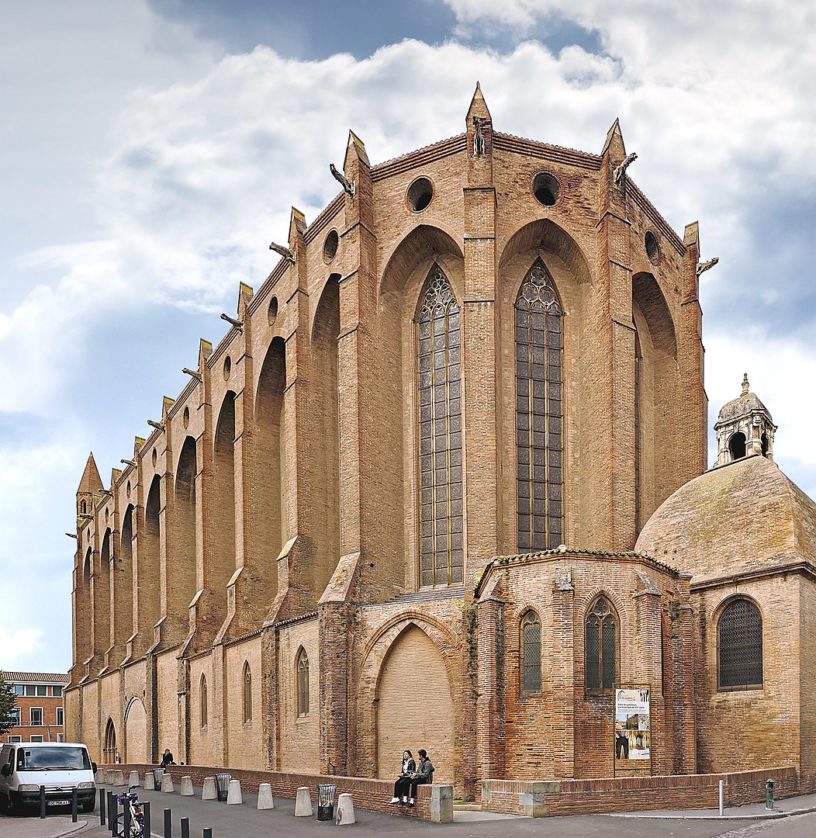 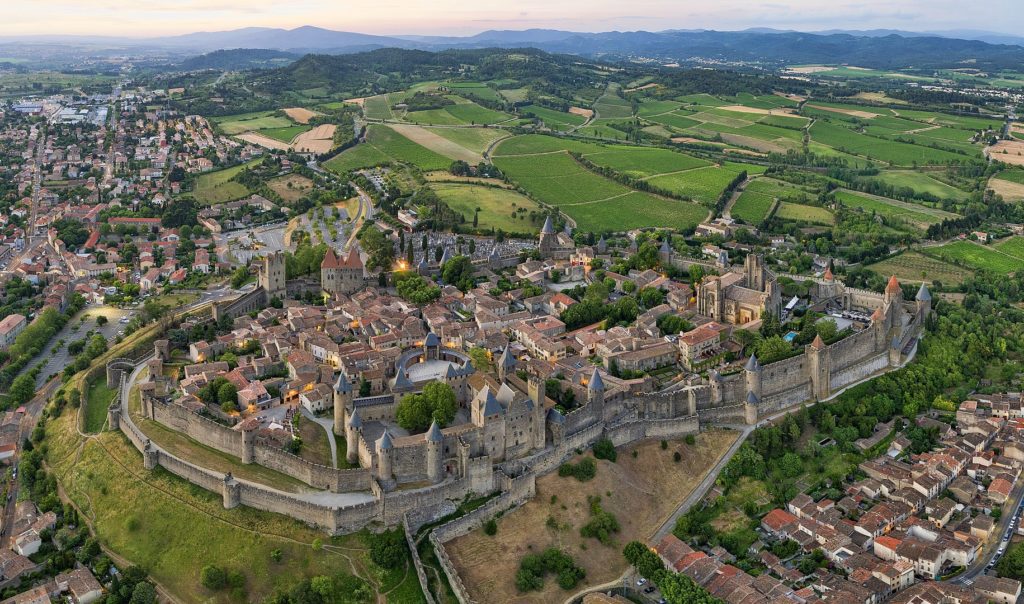 Top 10 Things to do in Toulouse, France

Toulouse is the capital of France’s southern Occitanie region. Located close to the Spanish border, Toulouse is divided by the Garonne River.

This city is famously known as The Pink City. The name comes from the many terra cotta bricks used in the construction of several buildings there.

There is a 17th-century canal, Canal du Midi, that connects Garonne to the Mediterranean sea. The canal can be explored by boat, bike or on foot.

Now a modern city and the 4th largest city in France, Toulouse is rich in art, history and culture.

It is known for the prospering aerospace industry and is home to the European Airbus headquarters and the French space agency.

Toulouse has a temperate climate and some of the friendliest locals making it a pleasant place to visit.

There are several activities to engage in this city, here are our top 10 things to do in Toulouse.

Start your day with a tour of this historical city. Lovers of architecture will love The Basilique Saint-Sernin which is a masterpiece of Romanesque art.

This building has been renovated over the years and the architects incorporated every architectural style of the era. Both the inside and the outside are impressive.

Other landmarks and iconic places to check out during this tour include the Capitole of Toulouse. It has an extraordinary marble façade.

Do not miss the marble statues, the tomb of St. Sernin who was the first bishop. He was martyred after he was tied to a bull by pagan priests and dragged to his death. 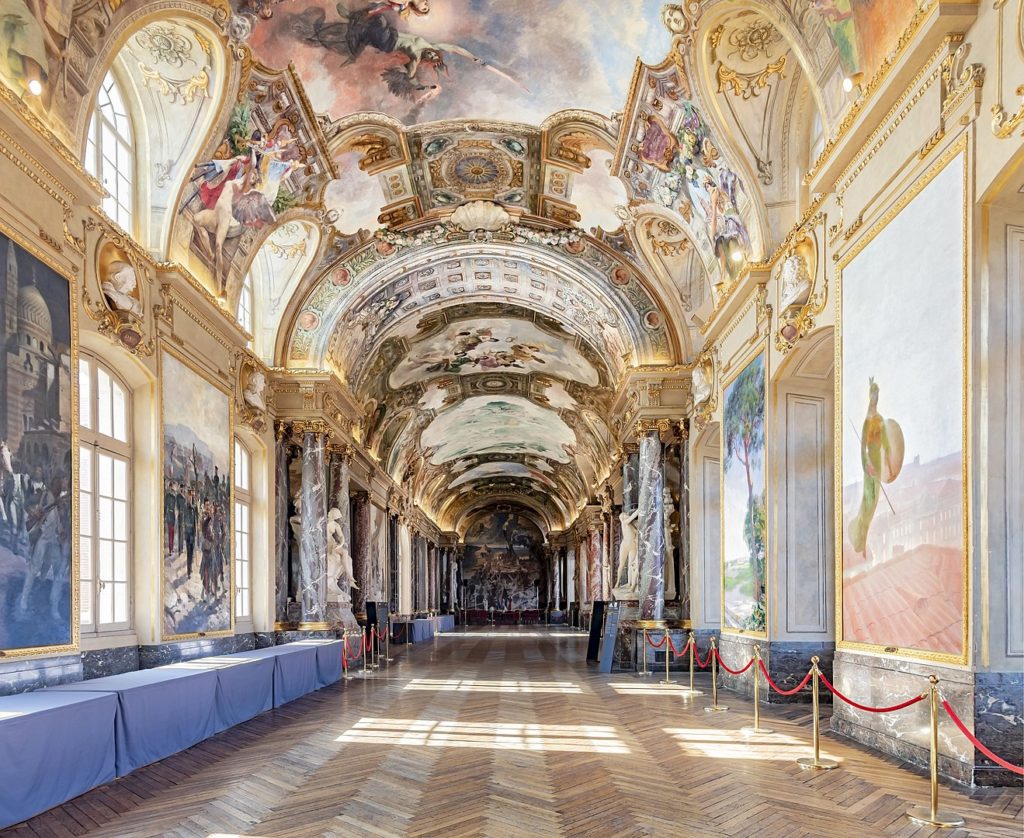 This is the place perfect for shopping, sightseeing or people watch. The Square is strategically located in front of the city hall.

There is an imposing terra cotta palace at the square that has been here for centuries. Behind the palace, you will see traces of the renaissance donjon.

Take a tour of the inside and admire the murals of Salle des Illustres on the ceiling.

See the beautiful images painted in the 19th century depicting love in the Salle Gervais. This used to be the Town Hall’s wedding chambers back then. 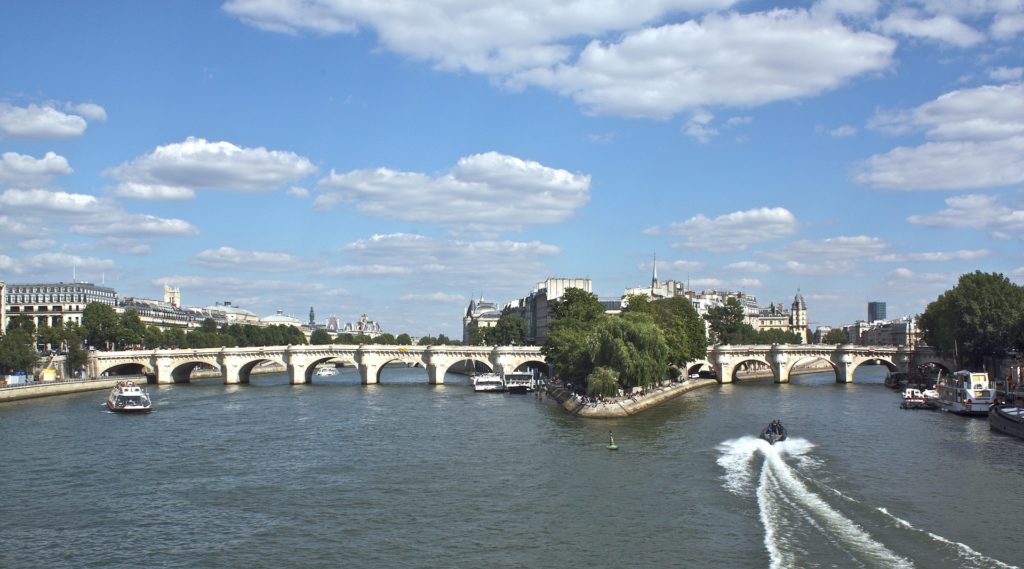 This translates to New Bridge although it has been here since the 17th century. It is therefore the oldest stone bridge in Toulouse and has the most beautiful vistas along the Garonne River.

Its asymmetrical arches get illuminated by floodlights in the evening. It displays an array of beautiful colours worth a photograph.

The bridge has 12 arches and 384 grotesque fronts. There is an equestrian statue of Henri IV which was the first to ever be placed on a public road.

The Canal du Midi was originally built to act as a shortcut between the Atlantic Ocean and the Mediterranean Sea.

This 240-kilometre-long canal was designed in 1667. It took 10 years and 12,000 workers to complete. Louis XIV commissioned it and it was designed by Pierre Paul-Riquet.

The canal starts from the city to the Mediterranean port of Sete near Marseille. There are pedestrian and cyclist lanes along the banks of the canal.

Take a stroll under the shaded canal path of this UNESCO Heritage Site. Enjoy the relaxing ambience and calmness of the canal.

Located at the centre of the Compans-Caffarelli park, this peaceful garden is the embodiment of zen.

Wander through the garden enjoying nature and smell the beautiful flowers. Some sections of this garden are well-manicured, it looks like a postcard.

Take walks under the trees and admire the creatures by the lake like turtles, birds and koi carp.

This garden was inspired by the gardens of Kyoto in Japan between the 14th and 16th centuries. 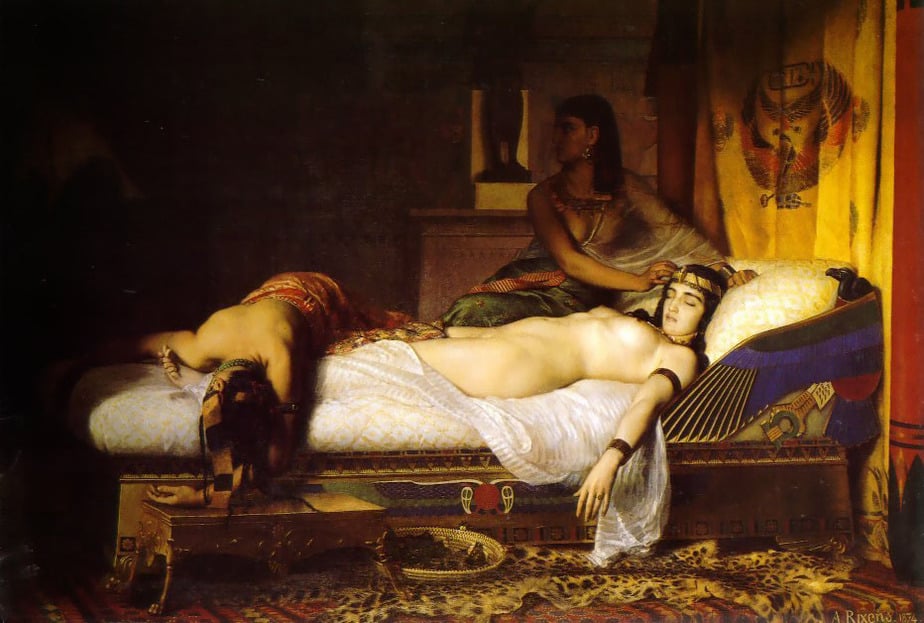 The Musée des Augustins also knowns as Musée des Beaux-Arts de Toulouse is cultural attraction in Toulouse worth a visit.

Here, you will see a representation of Western art from the medieval period till the mid-20th century.

The museum has more than 4,000 items as part of its collection ranging from fine arts to abstract art. Works featured here are by famous artists like Rubens, van Dyck, van Goyen, Cuyp and Jordaens.

Housed in a former Augustines Convent, its architecture borrows that of Southern Gothic style.

Check out the medieval sacred sculpture that was salvaged from convents destroyed in the 1800s.

7. Church of the Jacobins 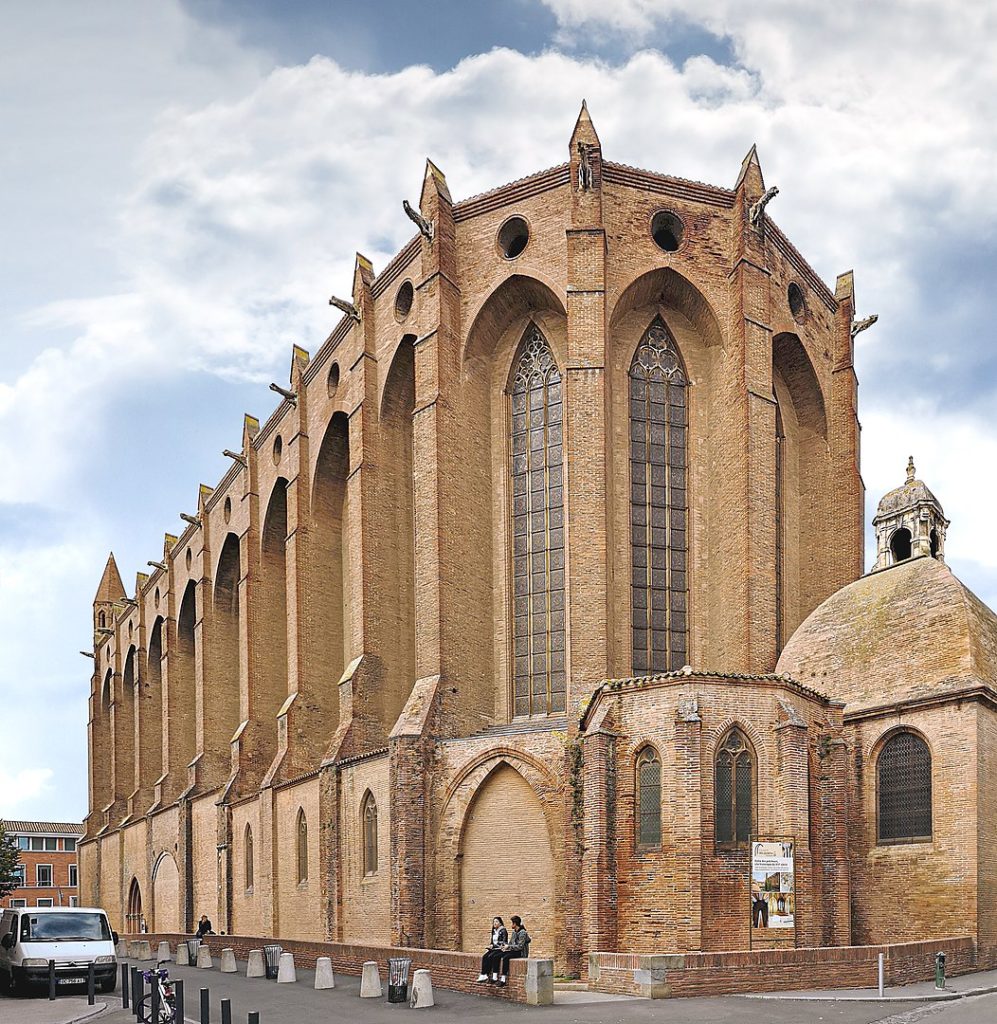 This is one of the last buildings in Toulouse that is a beautiful depiction of southern French gothic design.

Completed in the 1300s, the church is famous for its breath-taking dimensions, a double nave and vaults that reach almost 30 metres.

The tomb of Thomas Aquinas is found here. He is regarded as one of the greatest thinkers of the medieval period.

It is a quiet, mysterious, and peaceful place to visit and subsequently has a beautiful garden.

A small fee is charged which is a donation to the church. 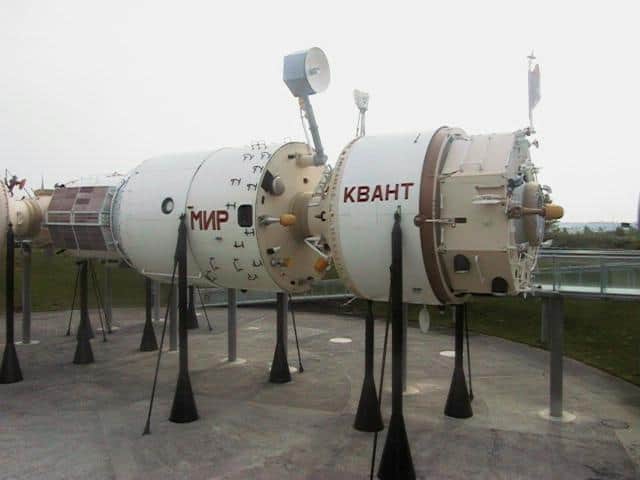 If you love or are fascinated by space, then this museum will serve your curiosity. They have real-life replicas of actual spacecraft outside the museum.

There is also a planetarium where you can gaze at the night sky on a wraparound screen. You will also get to see pieces of artefacts from the moon and mars.

Get to learn about the life of astronaut’s life in space, how weather satellites work as well as partake in interactive demonstrations.

This is one of the most popular tourist attractions in southern Franc. It is located outside Toulouse and is a perfectly preserved fortified city.

From a distance, one can see the turreted watchtowers as well as the indented ramparts. It looks like a fairy-tale castle from a distance.

The fortified city has beautiful narrow cobblestone streets with winding alleys taking you back to the middle ages. All the buildings and monuments found here are from the medieval era.

There is also an open-air museum that lets you admire the stunning gothic architecture.

Some main attractions here are the Count’s Castle and the Basilique Saint-Nazaire et Saint-Celse.

Carcassonne is a UNESCO Heritage site.

This is one of France’s largest ethnological and natural history museums outside Paris. There are over 2.5 million exhibits in this museum.

It was founded in 1796 by Philippe-Isidore Picot de Lapeyrouse. The collections were first housed in the former Carmelite monastery in Toulouse

Most of the collection in this museum was collected in the 19th century.