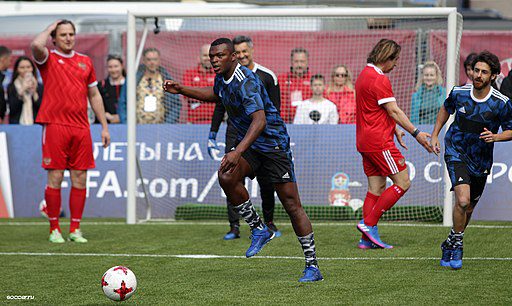 Marcel Desailly is a retired French professional footballer who played center back and defensive midfield. Desailly won numerous titles in his club career, which lasted from 1986 to 2006, such as UEFA Champions League medals with both Olympique de Marseille and A.C. Milan. Desailly has also represented F.C. Nantes, Chelsea F.C., Al-Gharafa, and Qatar SC. He earned 116 caps for France between 1993 and 2004, and was a member of the teams that won the 1998 FIFA World Cup and the UEFA Euro 2000. Desailly is currently residing in Ghana, where he established the Lizzy Sports Complex in June 2011.

Marcel Desailly was given the name Odenkey Abbey at birth and was not recognized by his biological father. He strolled the streets of Accra, a large Ghanaian port, with his half-brother Seth Adonkor. His mother, Elizabeth Addy, worked as a cashier in a city shop and couldn’t stand being the fifth wheel of Odenkey’s father’s polygamous husband.

When Marcel Édouard Georges Desailly, a French civil servant from the Ministry of Foreign Affairs, was offered early retirement in Nantes in 1972, she chose to follow him to France. This forever altered Marcel Desailly’s life story.
The child continued to run through the beautiful neighborhoods of Procé and immediately discovered his bearings.

Marcel Desailly junior was given a new identity by his stepfather. When he reached the age of majority, he saw his biological father for the first time: “I said hello and that was the end of it. Monsieur Desailly is my biological father. I address him as Monsieur out of respect for the fact that he is the one who adopted me and gave me my chance “.

2.His educational background and sports participation

He enrolled in the Gaston-Serpette school and began learning French while still speaking Ghain or English at home. On the way home from school, his mother encouraged him to participate in sports, and Marcel chose swimming. He was ordered to stop due to an allergy to the water and, pushed by his brother Seth Adonkor on a Wednesday in 1976, discovered the Nantes Football Club’s training program, which he enrolled in.

Seth Adonkor, his elder half-brother, was also a professional footballer. Desailly, like his father, began his career with FC Nantes and stayed with them for a long time. He began his professional career when he was 18 years old, in 1986.

3.His big break into his football career

Desailly rapidly ascended to popularity in his career. He had a very brilliant start with FC Nantes, where he spent six years. He joined Olympique de Marseille and was part of the team that won the UEFA Champions League the following year. He won it again the following year while playing for AC Milan. In fact, he had scored the winning goal this time.

Desailly has frequently stated that he feels completely French and, despite having ties to Ghana, has never considered playing for a country other than France.

During an interview in Ghana, he stated that he didn’t have much of a choice in terms of which country he wanted to play for because he was already a member of the French national youth football team. This stance was reaffirmed in his autobiography, which was published in 2002. Th e beginning of his international career was in 1993 however, he did not become a first-team defender until 1996.

He was an influential player of the French team that won the FIFA World Cup in 1998, despite being sent off in the final match. In 1998, he was named a Knight of the Legion of Honour, along with other team members.

Desailly broke the record for the most performances for the French national team in April 2003, with 116 when he announced his retirement from international football following the 2004 UEFA European Football Championship. Lilian Thuram, nevertheless, broke that record during the 2006 FIFA World Cup.

5.He had a unique sense of playing football

Desailly, dubbed as “The Rock” for his stability, confidence and difficult at tackling style of play, is regarded as one of the most achieved athletes of his era, as well as one of the greatest French defenders of all time, who stood out for his leadership effectiveness and ability to organize his team’s back line and break down opponents plays all through his professional life.

A fast, hard-working, persistent and strong player who thrived in the air and at predicting his opposition, he incorporated his hostility, endurance, and ability to understand the game, in addition to his physical, psychological, and reactionary skills, with a remarkable assurance and great movement on the ball, which also enabled him to play as a midfielder all through his professional life.

6.Aside from football he has also successful worked in the media

Desailly began his media career in BBC Sport as a media personality after retiring, primarily expressing his views from the touchline at both half-time and full-time rather than settling down in the studio with Alan Hansen, Alan Shearer and Martin O’Neill.

During the 2006 World Cup, he joined the team as a Match of the Day consultant for BBC Sport in the United Kingdom.

Furthermore, he worked for BBC Sport at the 2008 Africa Cup of Nations and Euro 2008, and he is a frequent pundit for Canal Plus, a French television channel.

He also had the opportunity to work as a spokesperson for the sports gambling website Betclic.

7.He has shares in a mobile video game as he is featured in it

In 2003, Gameloft launched a smartphone game known as Marcel Desailly Pro Soccer for smart phones. Desailly has ICON ratings of 87 (base), 88 (mid), 91 (prime), and 92 (Prime Icon Moments) in both FIFA 21 Ultimate Team and FIFA 22 Ultimate Team.

Indeed, after moving to Milan, he was later positioned as a defensive midfielder, a role in which he also thrived, satisfactorily filling the void left by the departure of Frank Rijkaard because of his ball-winning skills and ability to begin attacking plays after winning back control. Furthermore, with his defensive abilities, he was able to participate in his team’s rushing attempts by making attacking runs into the box and scoring goals. 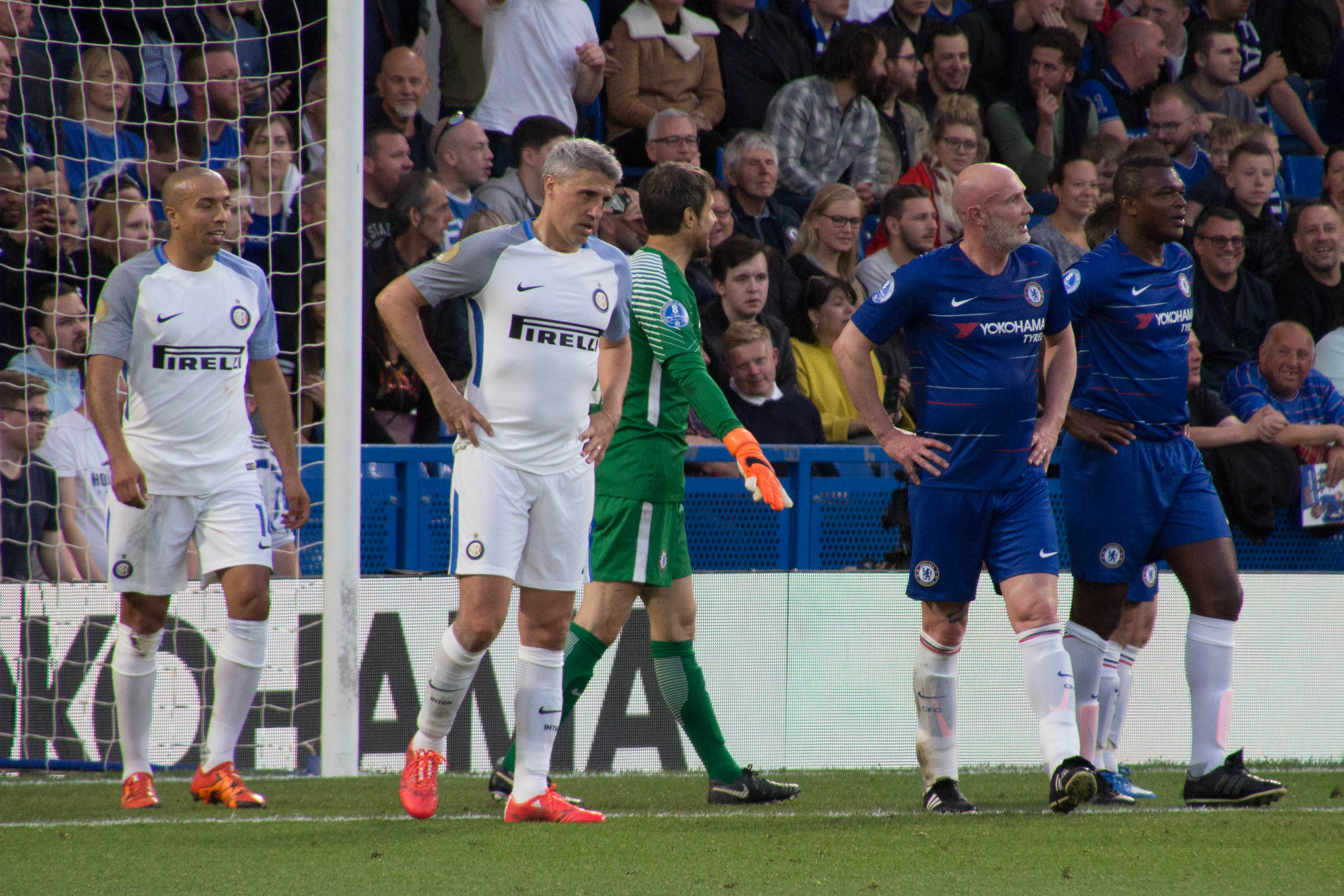 He is a member of the Laureus Academy and an OrphanAid Africa Lifetime Ambassador to Ghana and France (since 2005). He has been named as a potential candidate for the position of Ghana national team coach. He has since withdrawn from consideration to coach the Ghana National Team, though the possibility remains. In memory of his late mother, he opened (June 2011) the Lizzy Sports Complex in Ghana, geared toward young players and especially children. The center is used by many African national teams to camp and prepare for international games.

10.He has used his fame in contributing in charity organizations

Desailly believes in the 1GOAL Education for All campaign. He is also Ghana’s UNICEF national Goodwill Ambassador. He is a Lifetime Goodwill Ambassador for his personal charity organization, OrphanAid Africa, which assists orphaned children in Ghana. He is a Laureus Sports for Good Foundation representative.