The Amazing Road Trips in France 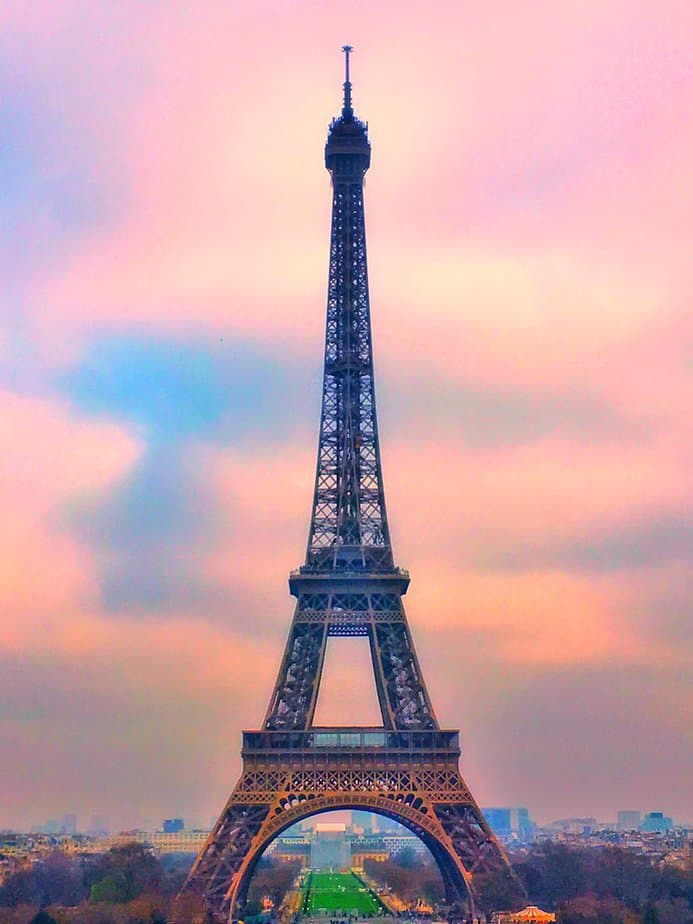 The Amazing Road Trips in France

France by car means unforgettable routes from the Alps to the French Riviera, from the Atlantic Ocean to cute medieval villages inland.

Road trips in France are a great way to experience what the country has to offer; the scenery, the history and, of course, the wine.

If you’re planning a trip to France or looking for some inspiration, below is a guide to the amazing Road trips in France; 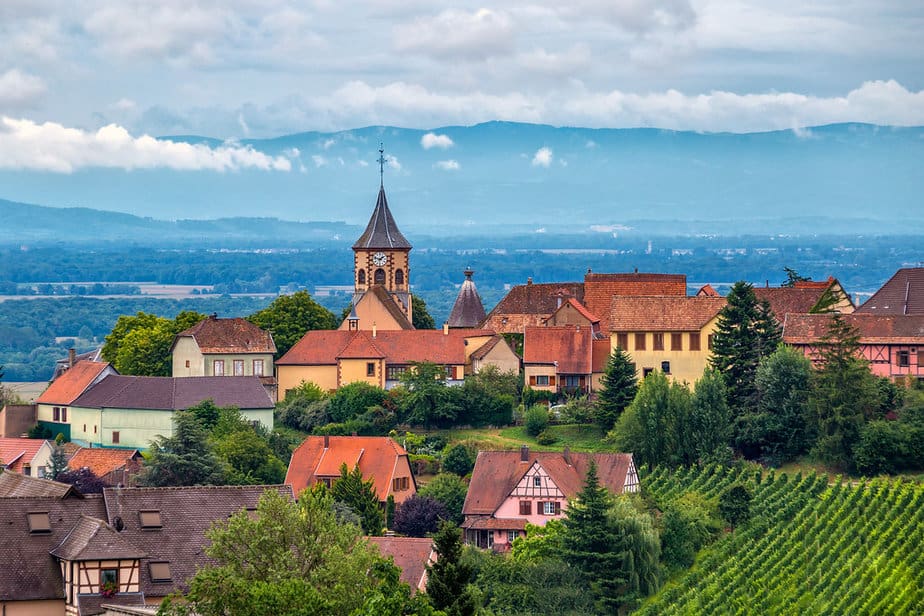 The Alsace Wine Route is one of the oldest and most famous wine routes in France. It is located in the northeast of France that borders both Switzerland and Germany.

Alsace Wine Route is a slender strip stretching over 170 km, starting near Strasbourg in the north and ending just south of Colmar. Over seventy towns line on this rout. The route was inaugurated on May 30th 1953 during a car rally.

Many of the Alsace wine route villages are said to be the inspiration for Belle’s hometown from Beauty and the Beast. These towns are filled with colorful buildings, bouquets of flows and cobblestone lanes. 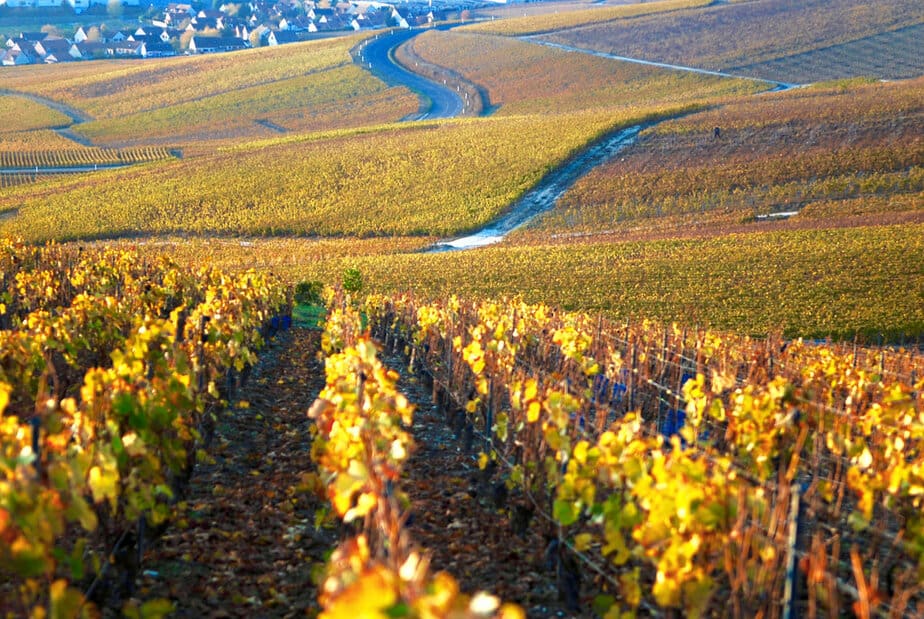 Champagne is a historical region located in Eastern France. It is renowned for its rolling hills, historical sites, and sparkling wine with the same name.

The Champagne region of France lies between Paris to the west, Belgium to the north and Lorraine to the east.

There are two central regions of Champagne are Reims and Epernay.  Reims, the capital of Champagne, is well known for its Gothic cathedral, the coronation place for most of the Kings of France. Epernay is best known as the main ‘warehouse’ for champagne wines.

Dom Pérignon (1638-1715) was a Benedictine monk credited with the revolutionary champagne method, which transforms a still wine (without bubbles) into sparkling wine. 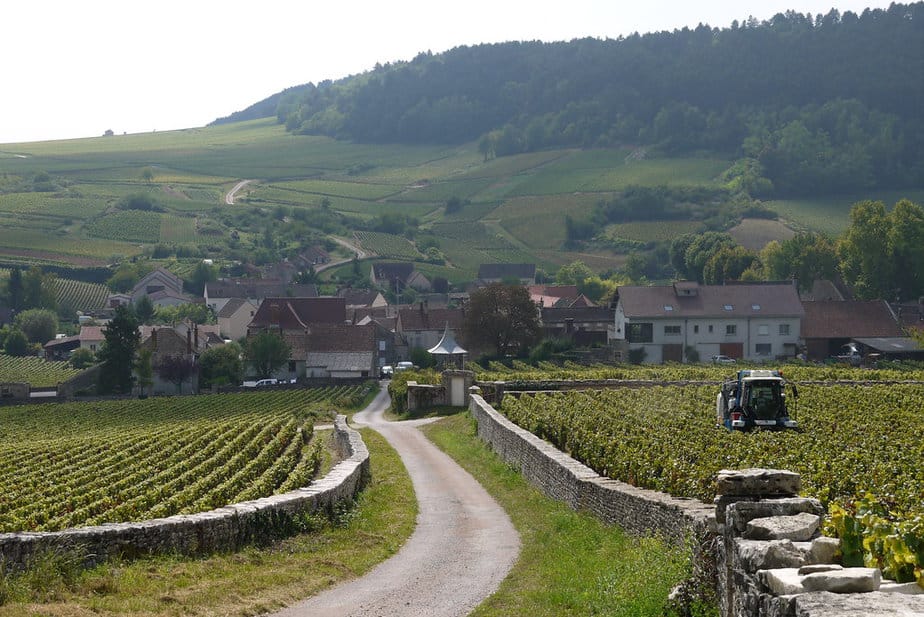 The Route des Grands Crus, Wine Route, opens the way to France’s world-renowned wine growing region. Through this road trip you will discover the prestigious wines with their aromatic richness and their purple or golden color.

This legendary was created in 1937, and was the very first French wine route. It through 38 picturesque wine villages between Dijon and Beaune then on to Santenay. The route is marked with brown-background signs showing a white grape cluster.

All the vineyards along this route are classified by UNESCO. They form the “Climats”: a mosaic of little vine plots, each one unique thanks to its relief, exposure, geology, local know-how, etc.

The route winds its way between stone-built villages and steeple-topped churches, with the turrets of châteaux peeping above the trees. 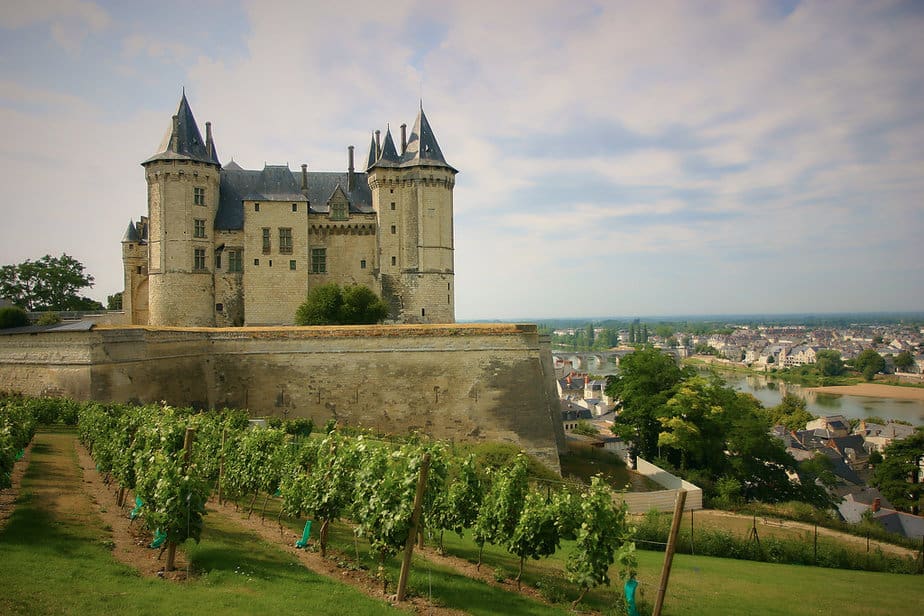 It is referred to as the Cradle of the French and the Garden of France due to the abundance of vineyards, fruit orchards (such as cherries), and artichoke, and asparagus fields, which line the banks of the river.

The valley is renowned for its enchanting and centuries old fairytale collection of castles, as from warring medieval warlords to the kings and queens of Renaissance France have left their mark on the Loire Valley. 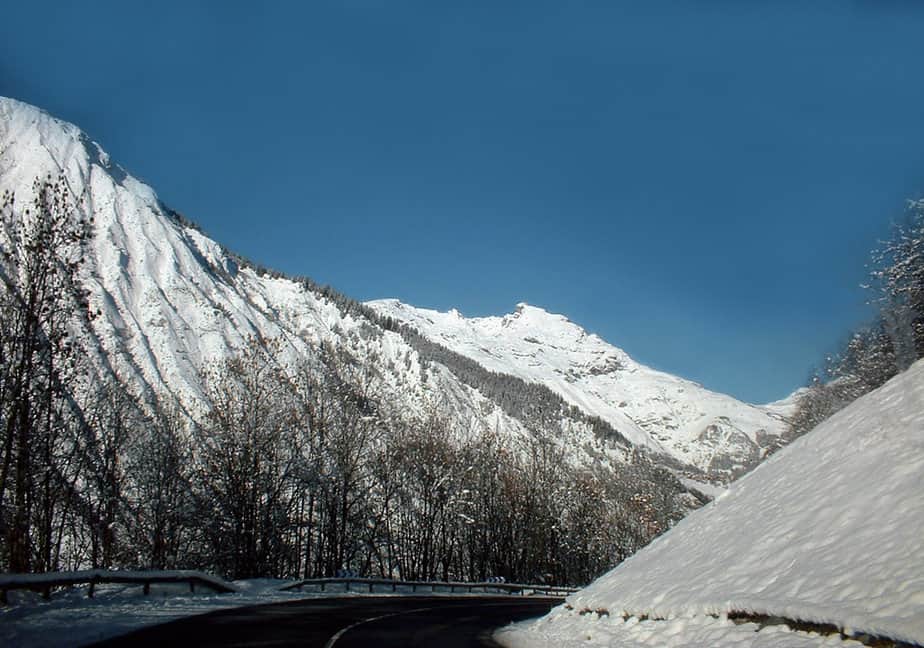 The route takes you through four National Parks and 16 mountain passes, which are among the highest of Europe. The ultimate treat of the trip is standing in front of the enchanting Mediterranean Sea.

A range of winter and summer activities are available in the French Alps. In the winter, these include skiing, snowboarding, snowshoeing and sledging. Summer activities include hiking, mountaineering, biking and rock climbing. 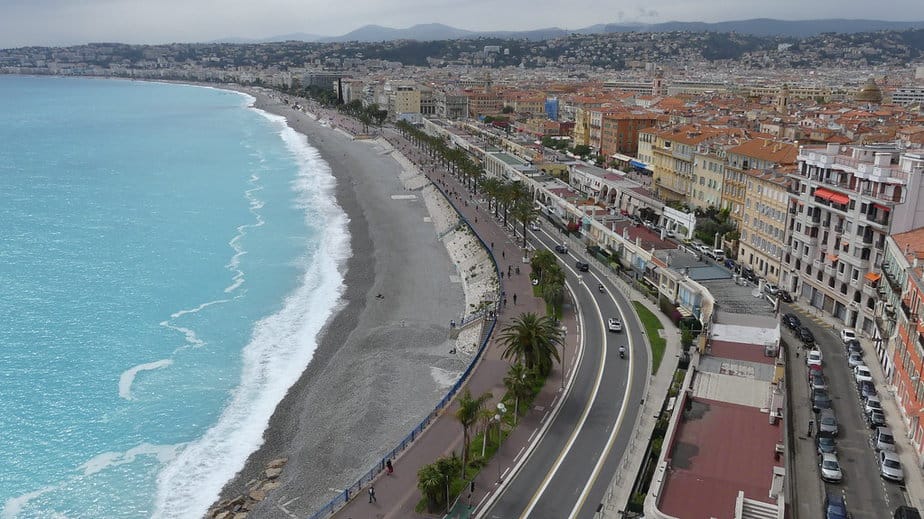 The French Riviera road trip refers to the Provençal coastline of the Mediterranean Sea on the southeast corner of France.

Riviera is an Italian word that originates from the ancient Ligurian territory of Italy, wedged between the Var and Magra rivers. 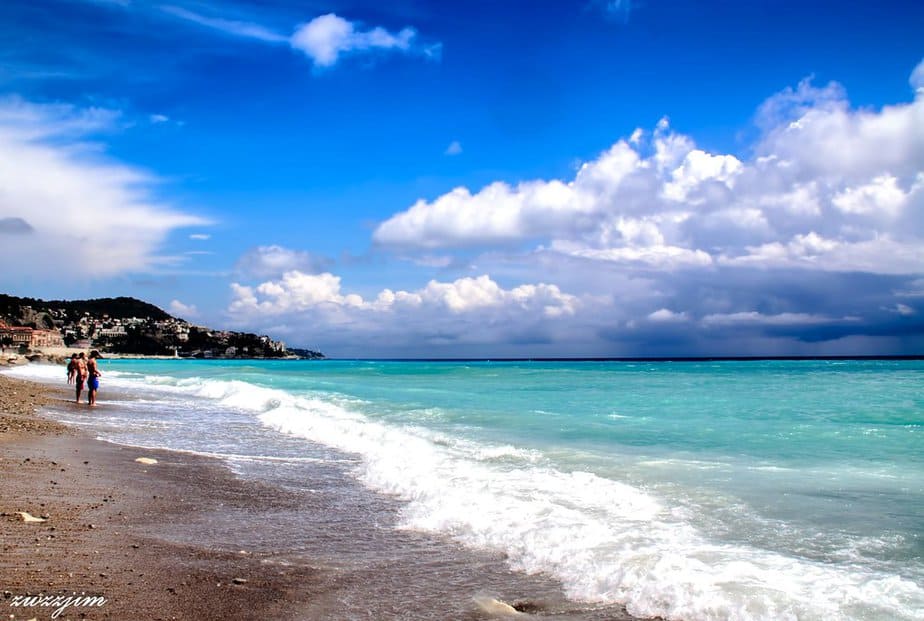 This scenic drive from the rugged Atlantic coast to the azur-colored Mediterranean Sea takes you through the best of southern France.

The route is locally known as Véloroute des Deux-Mers literally the “cycle path of two seas”  is over 500 km. It starts from the village of Le Verdon-sur-Mer, in the Médoc peninsula, to officially end in Sète.

This route is perfect for wine tasting and shopping; walk the ramparts of France’s most magnificent fortress city, Château Comtal and soak in the atmosphere of Marseille along the way. 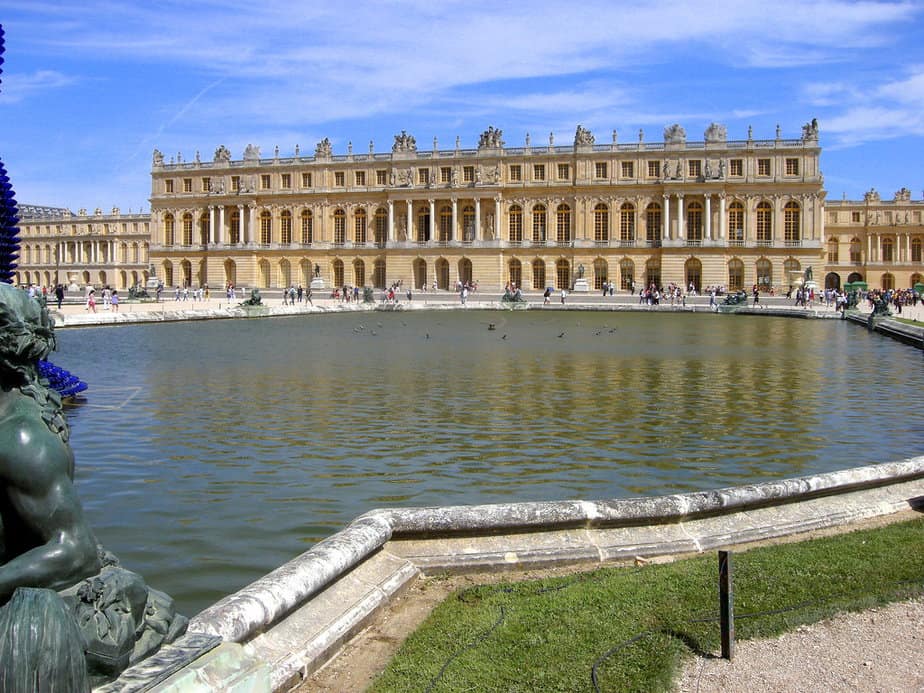 France is well known for its extraordinary natural diversity, vibrant culture, and remarkable urban landscapes. It is home to 45 of the more than 1,000 World Heritage Sites worldwide, as inscribed by the United Nations Educational, Scientific, and Cultural Organization (UNESCO).

These sites range from the iconic Palace and Park of Versailles and the spectacular medieval town of Provins to the far-flung Lagoons of New Caledonia and iconic Pyrénées.

The route provides a great introduction to the country’s history and landscapes, including the banks of the River Seine in Paris, the magnificent Château de Fontainebleau and the Théâtre Antique in Orange, one of the world’s few surviving and intact Roman theaters. 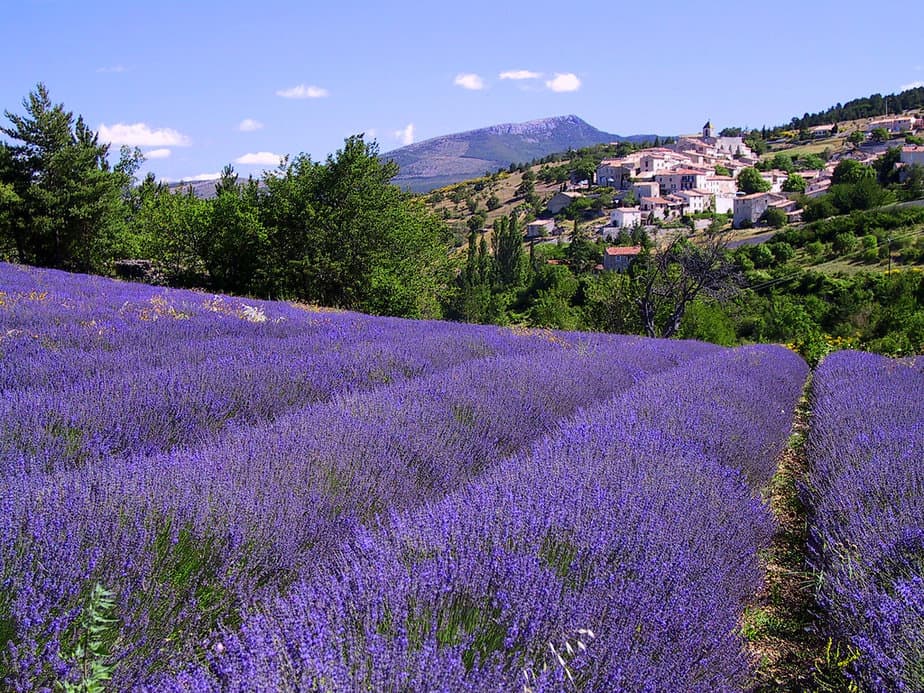 The Provence region is located on the southeastern part of France. It is famous for its varied landscape, stunning lavender fields, beautiful vineyards and sparkling turquoise waters.

For the road trip, you can start it at any of the cities and just follow the route clock or anti-clockwise. This full road trip covers roughly 100 km and can be done in one day.

The villages and towns in Provence are located close to each other and offers the ultimate souvenir crawl. 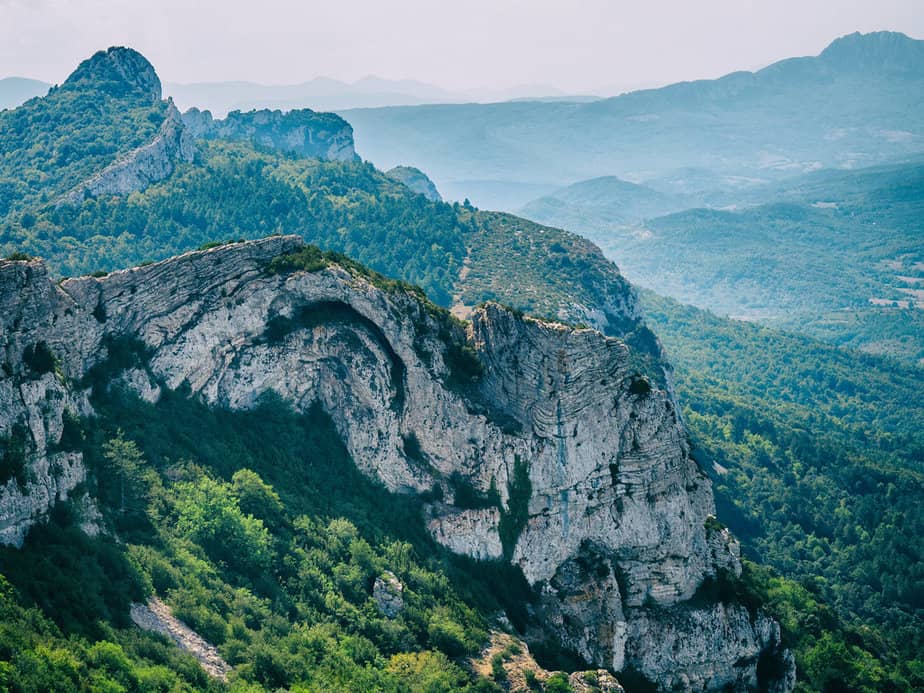 The Pyrenees is a mountain range straddling the border of France and Spain. It extends nearly 500 km (310 mi) from its union with the Cantabrian Mountains to Cap de Creus on the Mediterranean coast.

This high mountain col is known as the “Stairway Pass” and ascends to a lofty elevation of, 5886ft, connecting the breathtaking Ossau and Tena valleys.

The route will take you pastthe Cirque de Gavarnie and the Ordesa canyons, both World Heritage sites, the Col du Tourmalet, Aneto, the highest peak in the range, the Pic du Midi, Lourdes, Cauterets and Pont d’Espagne, the Balnea spa, the biggest in the Pyrenees, the Neouvielle Nature Reserve, the wild Anisclo canyon, the Monastery of San Jean de la Peña.