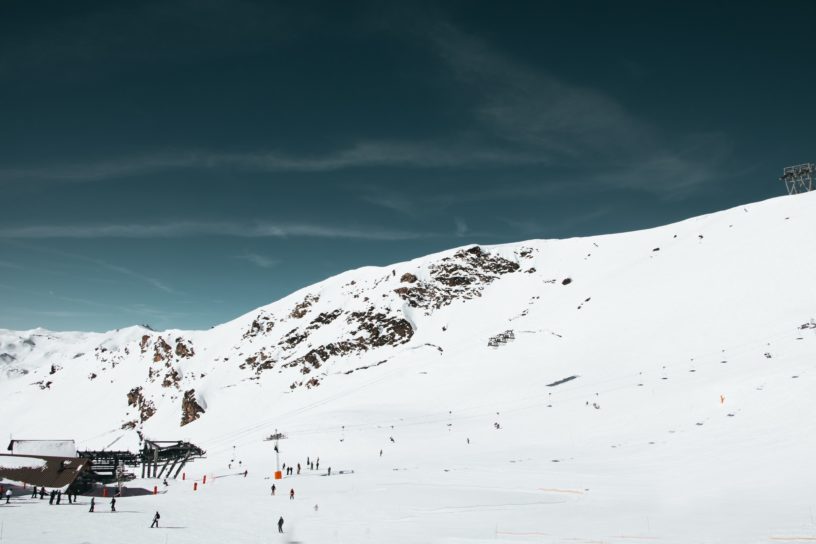 Photo by Joan Oger on Unsplash 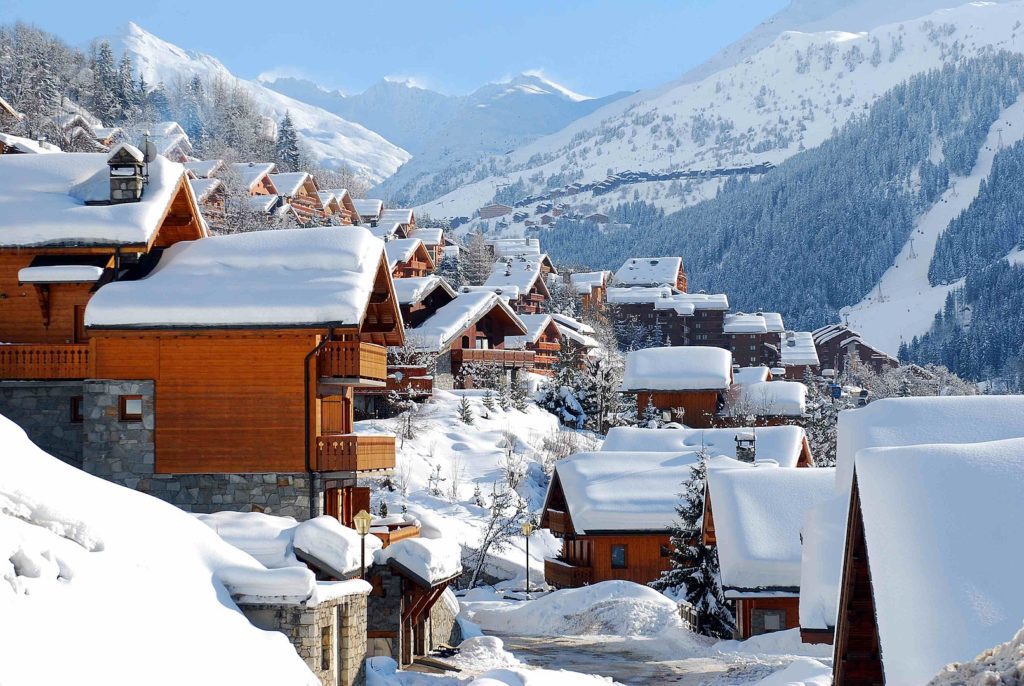 France is made up of medieval cities, mountainous villages and Mediterranean beaches.

The capital, Paris, is famous for its fashion houses, classical art museums including the Louvre and monuments like the Eiffel Tower.

Wine is also another speciality of this European country accompanied by sophisticated cuisine.

When it comes to winter activities, France has some of the world’s top ski resorts. They are diverse, varying from family ski resorts, Alpine villages, traditional chalets, family-friendly lodges, to modern hotels

These resorts are some of the most innovative in Europe and are open regularly.

Some of the most emblematic and best ski resorts in France are found on the northern slopes of the French peaks.

Here are the 10 best ski resorts in France. 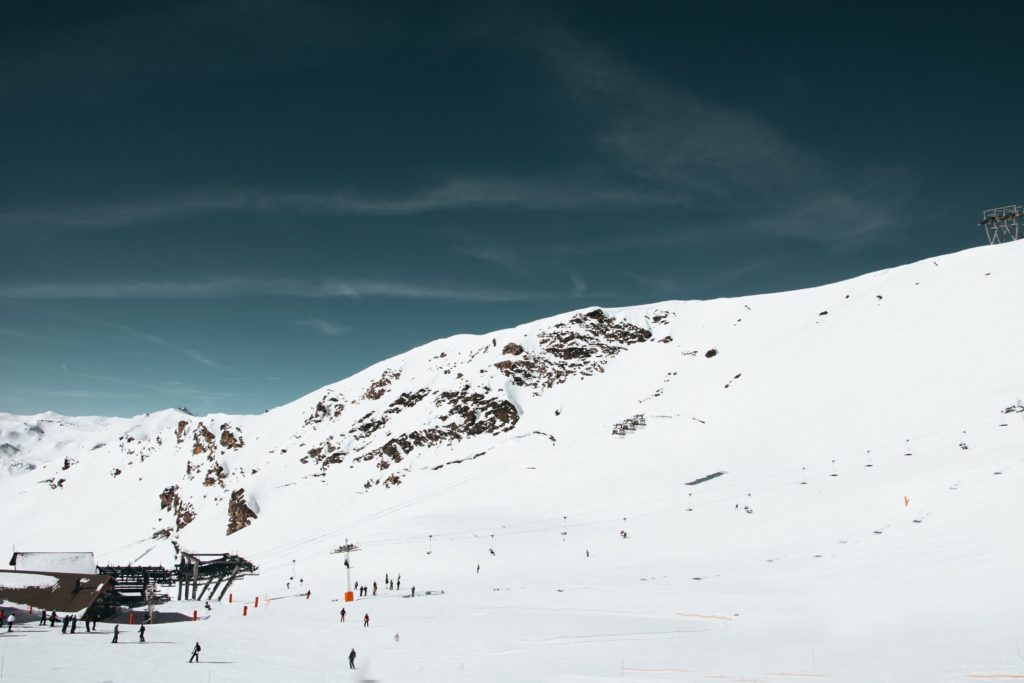 Photo by Joan Oger on Unsplash

Of all the ski resorts in France, none comes close to Val d’Isere. Its pistes, powder, parties and beauty is unmatched.

The resort has Olympic downhills, challenging moguls, and powdery glacier pistes. Past the corduroy, the powder landscape is enormous and easy to get to.

Val d’Isere is home to the original Folie Douce, where Starlit skies spice the wild and wonderful to the mountaintop.

It has a high valley surrounded by 3,000-plus-meter peaks, with the smaller neighbouring resort of Tignes.

There are also more than 150 lifts that carry skiers to 300 kilometres of terrain on an elevation of 1,550 metres.

And when you are not skiing, be sure not to miss the fun parties at Val d’Isère. 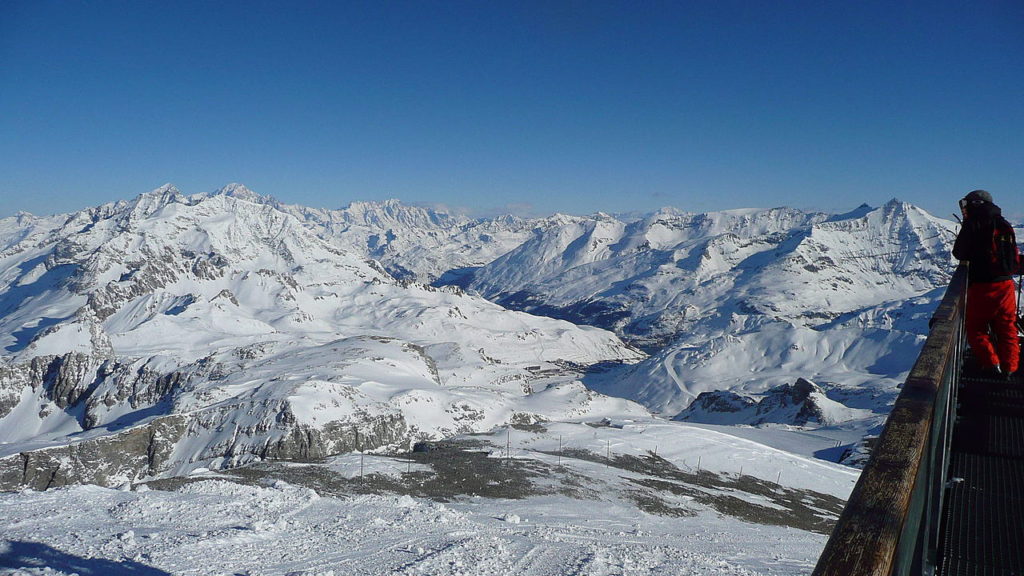 There is more than skiing at this resort, Tignes is known for its snow parks, airbag jumps, a half-pipe and La Sache, the longest black run in the Espace Killy. It is indeed a paradise to adrenaline junkies.

The terrains here are varied and suitable for all types of skiers. For gentle skiing, the blue runs are the best. One can also take a yoga lesson or take a trip to Le Lagon spa.

Skiing here gives one the best panoramic views from the top of the glacier down to Lac du Checril which is at the pit of the valley.

It is for this reason that it falls under the top 10 best ski resorts in France. Its snow coverage is also among the most impressive in Europe.

This resort is located down the slopes of the tallest mountain in the Alps loved by expert skiers. Chamonix is surrounded by four glaciers that give it the best snow in the Alps.

It is on the 4,807-meter Mont Blanc which was the location of the first-ever Winter Olympics. Hence its legendary status.

Other than its striking scenery, the resort has state of the art infrastructure that puts it at the top.

The expert terrain plus off-piste skiing has made Chamonix one of the most sought resorts in France. However, beginners and intermediate skiers also have a place here.

Some of the gentle slopes can be found at Le Tour, at the north end of the valley in the Domaine de Balme. 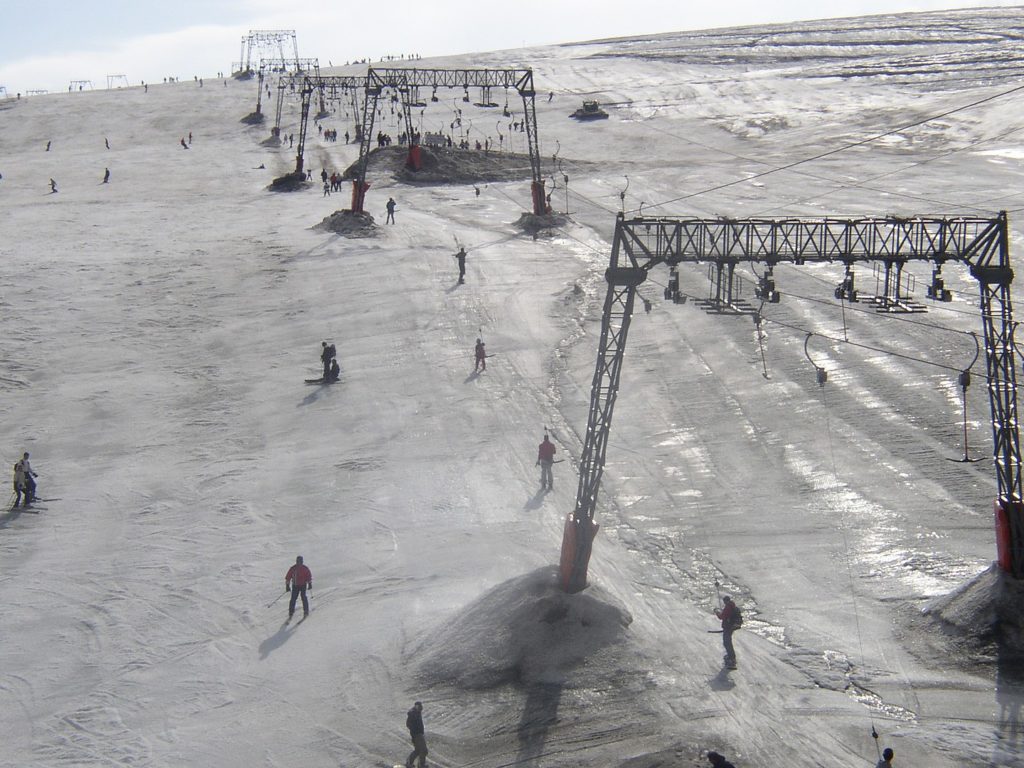 Located in the south of France, this high altitude park sits behind Europe’s largest skiable glacier. It is therefore considered to be one of the top destinations for high altitude skiing.

It comes as no surprise that this location is loved by British skiers. The resort has a 200-kilometre piste that is served by 43 ski lifts. Les Deux Alpes is among the four-seasons destination in Europe.

Its pistes are among the world’s greatest when it comes to its vertical drop. The descend is 2,268 metres. This makes it one of the largest snow parks.

When the night falls, the ski villages come to life with lively parties. There are several bars and restaurants.

This next resort is ideal for intermediate skiers since it has several blue runs. However, it still has more challenging terrains that can be found off-piste.

The resort was founded in the 1960s in the quest to save the valley’s diminishing mining and agriculture industries. It resulted in a beautiful resort with magnificent views and endless connections to Les Arcs.

In 1992, during the Albertville Winter Olympics, La Plagne installed a bobsleigh, luge and skeleton track.

Les Arcs and La Plagne have the 3rd largest linked ski domain in France. The joint terrain gives you 425 kilometres of runs that range between 1,200 metres and 3,226 metres in altitude.

Meribel ski resort offers the best powder ski experience that goes beyond one’s expectations. The resort is burrowed in the heart of Les Trois Vallées in France.

At Meribel, one can access the three interlinked resorts; Val Thorens as well as Courchevel.

The Three Valleys have a gigantic ski area with 600km of interlinked piste, Méribel ski resort being the prime location in the central valley.

There are several skiing opportunities at this resort that are suitable for all levels. Additionally, this modern resort has other amenities and activities.

This is another resort that is loved by British skiers and snowboarders. It is also friendly.

Here is another high-altitude paradise in France. It forms part of the huge Paradiski ski area and is connected to La Plagne.

Les Arcs is one of France’s most famous ski resorts and suits all types of skiers.

Beginners can access the blue runs that are above Arc 1600, while the adrenaline junkies can take the villaroger that has a 2,000-metre vertical drop.

Although Les Arcs is known for offering the best skiing experience in France, it also has a series of fast and modern ski lifts.

This is one of the best destinations to go to at the end of the season. 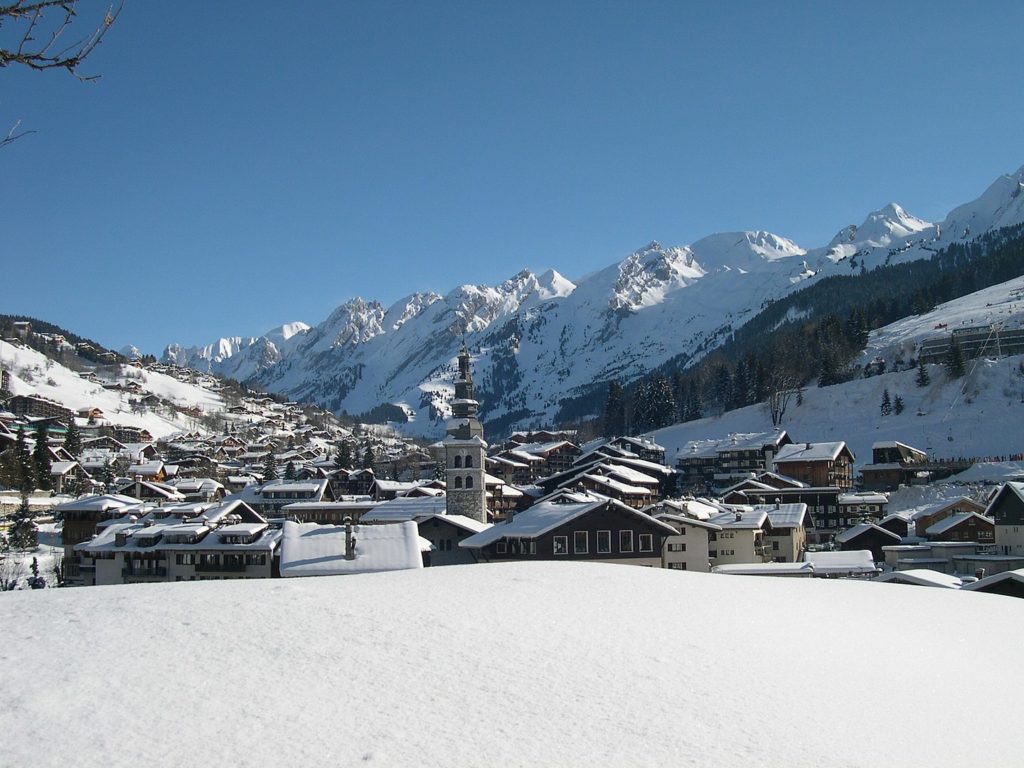 La Clusaz resort has fun terrains with deep powder that attracts many skiers. It is located close to Geneva and some major French cities. This makes it the getaway location on weekends and holidays.

Being on the windward side of the Alps, La Clusaz resort gets heavy snow a love language for skiers. The off-piste freeride terrain here is one of the best.

Half of the runs are blue while a third of it is red for advanced intermediates. Black runs are not that many in this resort.

There are several restaurants, shops, and lodging areas close to the resort. On Mondays, one can shop at the flea and farmers market.

This resort is an hour from Geneva and gives St. Moritz a run for its money. The resort was designed to attract rich Parisians who flocked there in its early days.

Since then, it has become a place for exclusive experiences while retaining its medieval charm. You will even find Michelin-starred restaurants in the village.

Megeve has three main ski areas. There are hundreds of kilometres of nice cruising terrain for beginners and intermediates.

Most of the runs are below the tree line, hence are protected from weather that leads to the closure of other resorts nearby.

Its lively village is connected to St Gervais Les Bains, through a huge network of lifts. 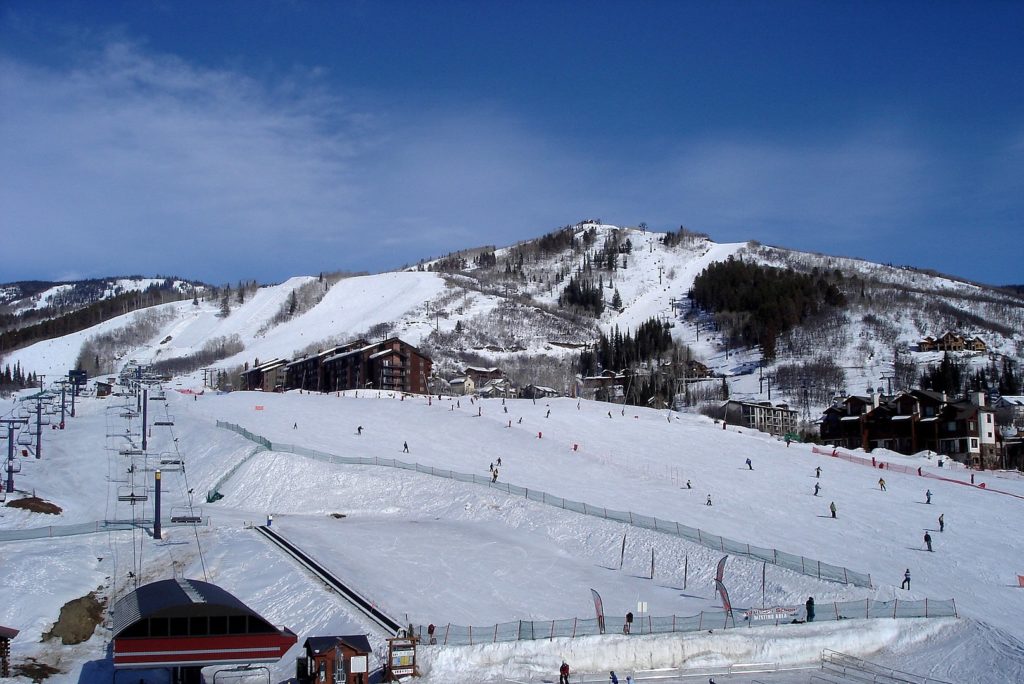 Val Thorens is located at the highest point in the Trois Vallées. This resort is one of the best resorts in the region for top-quality snow.

Its skiable peaks reach 10,500ft. It retains good conditions throughout the whole season.

Another reason why may love this resort is because of its snow reliability and long season. Snow lingers here longer than in most resorts in the French Alps.

Other activities include zip-lining, dog sledging and a toboggan run. At night, you can hop into one of the nightclubs or bars.