All you need to know about beautiful Mauritius 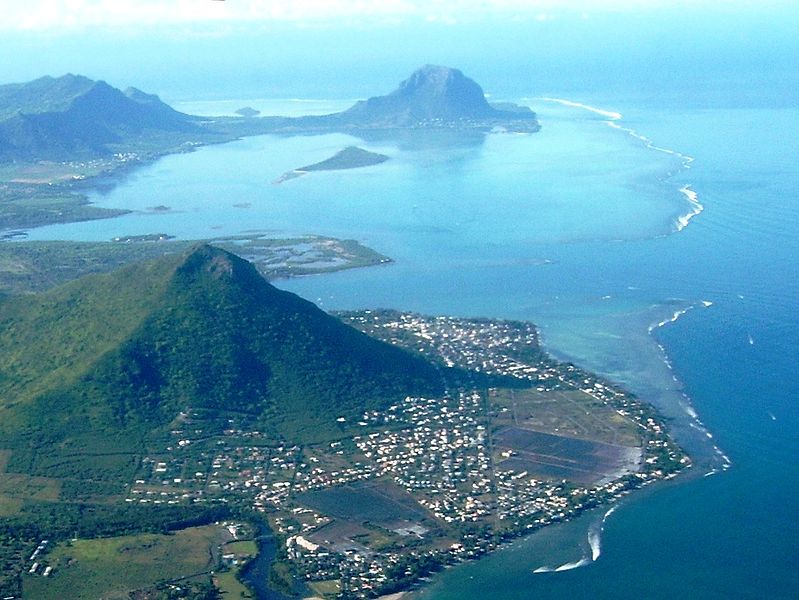 All you need to know about beautiful Mauritius

Mauritius is a picturesque island off of the coast of southern Africa, to the east of Madagascar.

It is known for its white sands, turquoise waters and tropical island life. Many regard Mauritius as the ultimate honeymoon destination for newlyweds, once you see images from the island you’ll find it hard to disagree. 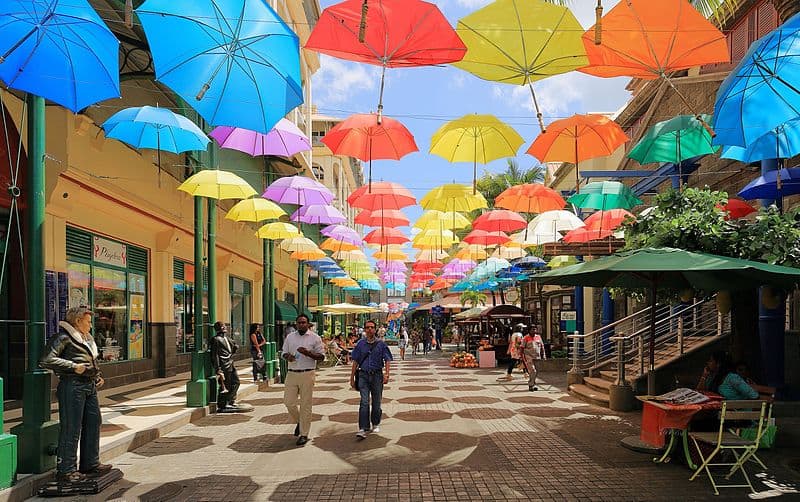 If you aren’t already aware, France was quite the colonizer back in the day. They landed ownership of many islands and African countries during the 16th and 17th centuries. Mauritius was one of them, however France was not the only nation to take control of this island in the Indian Ocean.

The History of France and Mauritius

I love free guided walking tours through Paris. Learning the rich history of the city while exploring outdoors is like having access to the biggest and best free museum in the world. The only thing missing from these walks is the side of French history that affects other land masses around the world.

Mauritius was not always a colony to France. It was first discovered by the Portuguese in 1507. They were the initial people to visit the island and report it to have been completely uninhabited, although we can never really know how true this is.

At the time, the Portuguese were more concerned with their colony of Mozambique on the mainland, and paid little attention to this island in the east.

In 1598 eight Dutch ships set sail from the Netherlands. Bad weather caused the ships to part ways and three managed to dock on Madagascar, while the other five made it to Mauritius. 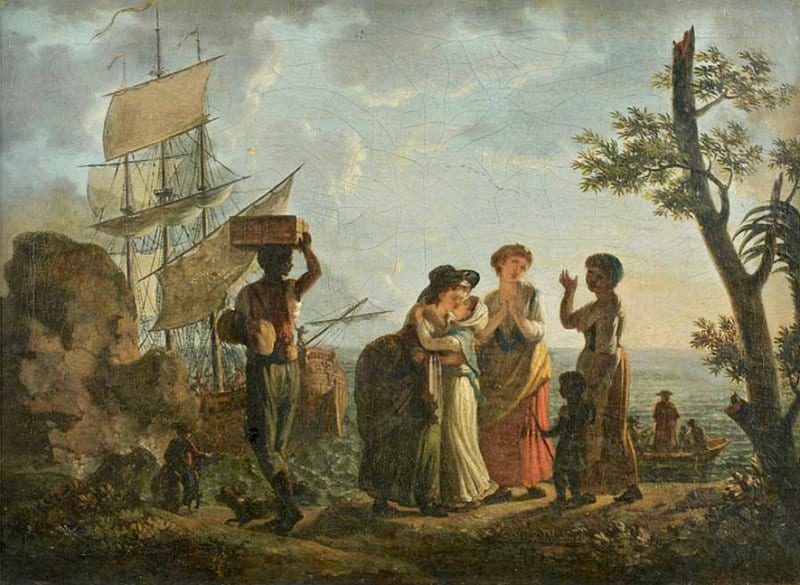 In 1638 the Dutch would take over the colony of Mauritius. They kept it until 1710, not actually even using the island for the first 40 years of their colonial period.

Mauritius was abandoned by the Dutch. In 1715 explorer Guillaume Dufresne d’Arsel landed in the island port and declared it to officially be called the “Isle de France” from then on. The colony only really started developing in 1735 upon arrival of the French governor at the time, Mahé de La Bourdonnais.

Mauritius was used as a naval base and ship building center for French development. Many of the buildings and some infrastructure still found on the island today is due these years under French rule. 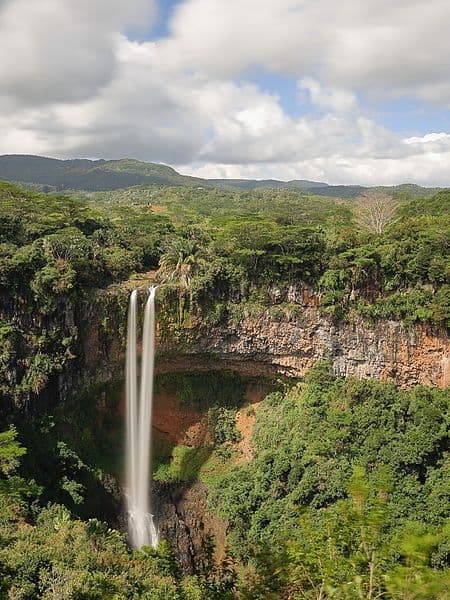 France was unable to keep control of Mauritius, and after just 100 years it was eventually captured by the British in 1810. The people living on the island at this time were either French nationals or African slaves brought over from the mainlands to work on the farms and plantations.

Slavery was abolished in 1835, meaning the British would now have to outsource alternative methods of cheap labor to continue making use of the islands many sugar plantations. This spirals into a long, tumultuous history all the way through until 1968 when the island of Mauritius was eventually granted its independence.

Its history, as they say.

Mauritius may have unhooked the claws of French rule early on, but its nearest counterpart, Reunion Island, is yet to do so.

Of course, today it is incorrect to refer to Reunion as a still standing colony of France. Rather, it is a department of France and was dubbed this back in 1946. 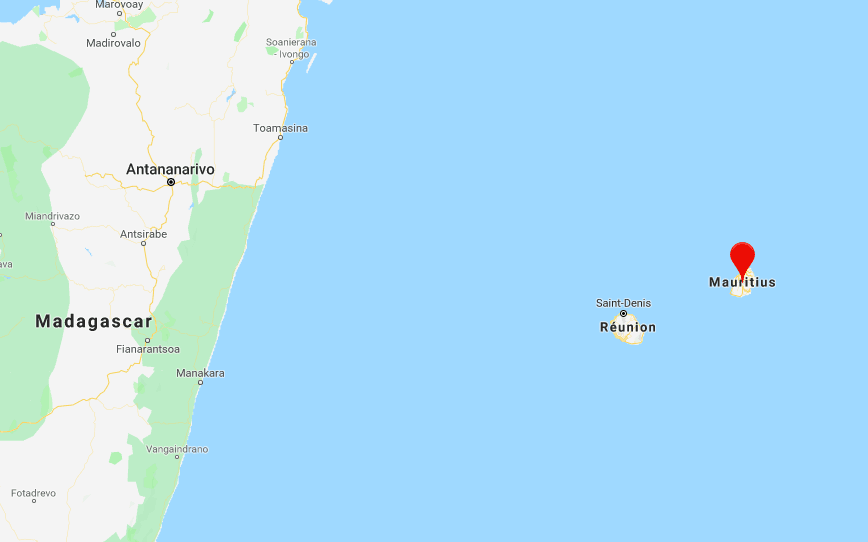 Reunion lies between Mauritius and Madagascar. Because of the close proximity of the two islands to one another, and their similar French past, they remain in close ties. They have many similarities; the gorgeous beaches and island living makes them attractive tourist destinations.

Their differences become hard to wrap ones mind around, considering they are a mere boat ride apart. Since the British were the last to colonize Mauritius, the language most predominantly spoken on the Island is English. French is found in some isolated parts as is Arabic and Mauritian Creole.

Reunion on the other hand is solely French language based.

International relations between Mauritius and France remain amicable. French nationals do not require a visa to gain entry to the island.

In fact, most countries in the world receive a visa upon arrival in Mauritius or simply don’t need one at all. The only exceptions being a few Middle Eastern and East Asian countries who need to apply for a formal visa document before their trip.

The journey from France to Mauritius is similar to the one between France and Reunion Island, understandable since they are right next to one another. 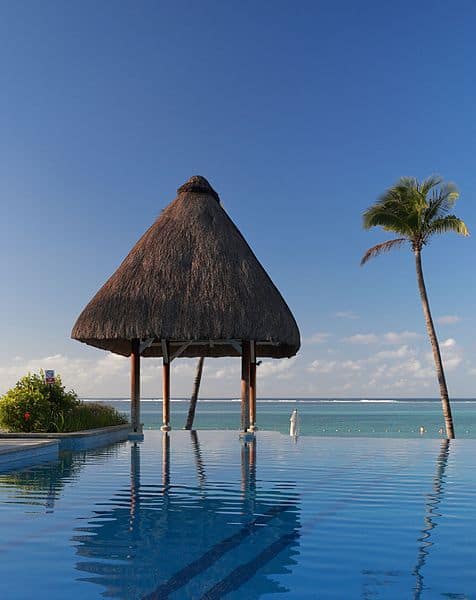 This is because Reunion is technically part of France and you are not leaving the French zone despite flying eleven hours over continents and oceans. Even phone calls between Paris and Reunion are billed as local calls.

To get to Mauritius you’ll fly into Sir Seewoosagur Ramgoolam International Airport which is situated about twenty kilometers from the city center.

It is estimated that 134 million tourists flock to this tiny island in the sea each year.

Culture and Cuisine in Mauritius

Mauritius is similar to Paris in that the city hosts a range of different cuisines pertaining to the migration of the people who have come and gone before.

Walk from Montmartre through to Barbès, for example, and you’ll find everything from authentic French food to traditional Algerian, fragrant Indian and even Moroccan.

Because of the extensive colonialism and the various people that were imported to work on the island, the cuisines of the English, Indian, Creole and Chinese are found in abundance here. 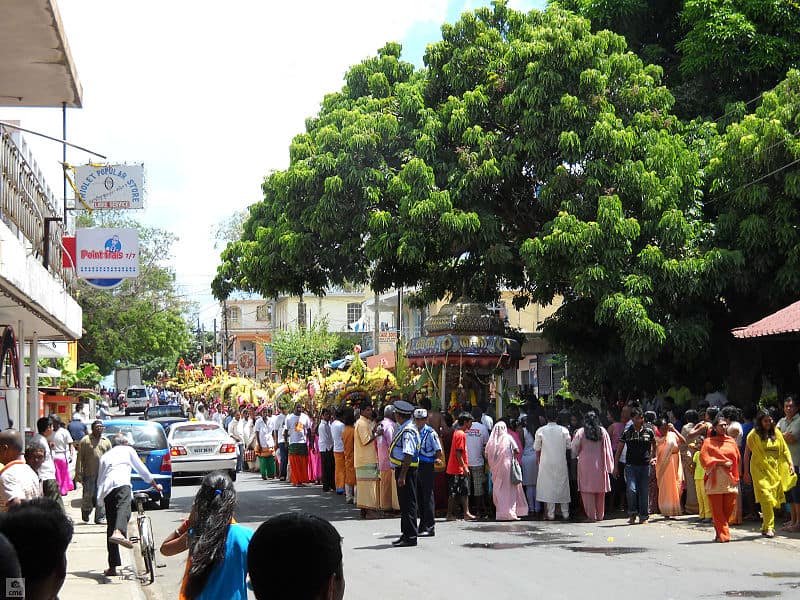 Like cuisines, Mauritius is also a melting pot for religions. Hinduism and Christianity are the most practiced, followed by Islam, Buddhism and various other Chinese religions.

There is a quote floating around that reads: “heaven was copied after Mauritius”.

One visit to the island and immersion into the music, dance and celebratory culture that the people embrace and you’ll understand this comparison first hand.