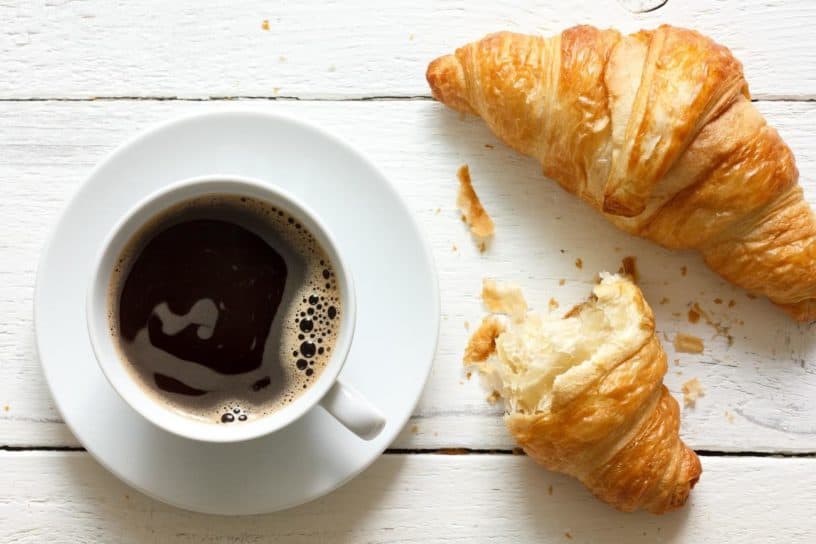 French food is loved and praised all over the world, for good reason! There is nothing more delicious than a simple baguette with cheese, and it is one of the many delights of visiting, and living in France.

In this article, we’ll explore the every-day food items of the French diet. 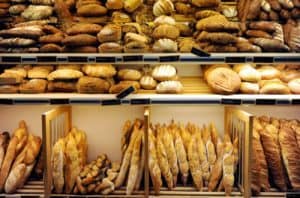 The baguette is a staple in France, and is eaten for breakfast, lunch, and dinner. When first arriving in France, I did not realize that baguettes were such an important part of the fabric of every-day life. I thought it was maybe a ‘once a week’ purchase… Mais, non!

People buy baguettes on their way home from work, and first thing in the morning on weekends. Of course, freshness is key to a good baguette, they don’t normally keep longer than a day, hence the daily trip to the neighbourhood boulangerie. 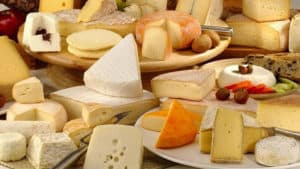 Sources vary, but there over 350-450 varieties of cheese produced in France, and over 1,000 in sub categories. Each region is known for their own type of cheese.

This is just the tip of the iceberg:

Although you can find both decent and inexpensive cheese in any grocery store, going to a fromagerie (cheese shop) is highly recommended! Luckily, they are not hard to find. Every neighbourhood in Paris has a fromagerie. (We’re very spoiled here, it’s true!) 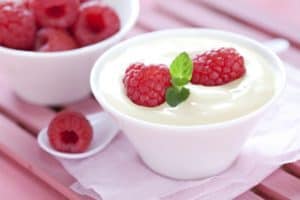 The yogurt section in any French grocery store is quite a sight to behold, and for yogurt lovers it is almost like Ali Baba’s cave of wonders. Why does French yogurt taste better? Quick answer, higher fat content and less additives. Yogurt is part of the every-day French diet, and is often paired with fresh fruit for a delicious and nutritious snack. Looking for fat-free and dairy-free yogurt in France? No problem, there are many fat-free and dairy free yogurts available as well.

Hot Tip: the best yogurt can be found in fromageries. You definitely won’t regret it! 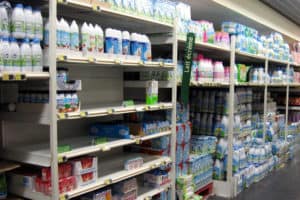 Many North Americans are quite surprised to see non-refrigerated milk on the shelves of French grocery stores. This is because it is pasteurized at higher temperatures than in North America, which allows for a longer shelf-life.

Pasteurization is the process of food conservation by heating products from 66 to 88 °C, followed by rapid cooling. Pasteurization was developed by French scientist, Louis Pasteur, in the late 19th century relating to wine and beer conservation. However, the pasteurization of milk was made popular by German chemist, Franz von Soxhlet. 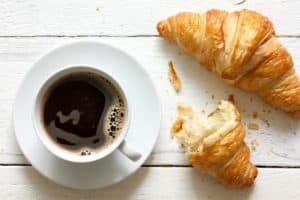 ‘Viennoiseries’ is french for heaven, just kidding, but it should be! It refers to Vienna (Austria) where many of the pastries originated. Legend has it that Austrian native, Marie-Antoinette, popularized the croissant when she decided it was something she couldn’t live without after moving to France and marrying the future Louis XVI.

Here is a list of some popular ‘viennoiseries’ that can be found in any French bakery:

Croissant beurre: butter croissant (which is the standard)

Croissant nature: made with margarine instead of butter

Pain au chocolat: we refer to it as ‘chocolate croissant’ in English