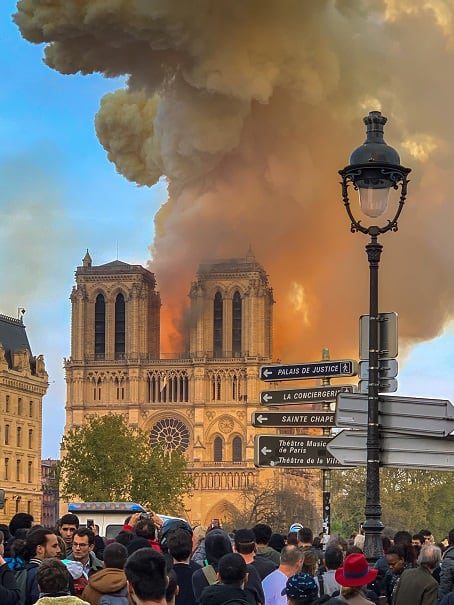 On April 15, 2019 a fire broke on the roof of the iconic Notre-Dame Cathedral, in Paris. Many of our visitors wonder whether it is still possible to visit the cathedral today.

To this date, the Cathedral is currently closed to the public. However we give you the latest news about its status below. This article will be updated regularly in order to give you the most recent pieces of information for you to plan your visit.

On April 15, 2019, around 6.50PM huge flames ran across the famous roof of the most renowned cathedral in the world.

The roof caught fire in the “Forest”, a massive wooden structure located above the main nave vault, and supporting the metal rooftops. Many of the wooden beams dated back from the 13th century, and fueled the blaze.

Soon, the fire spread to the main spire, the tallest standing element of the building, towering at more than 95m above the ground. The spire was an addition to the medieval building, added in the mid 19th century by the architect in charge of the Cathedral renovations, Viollet-le- Duc.

In very shocking images, the spire collapsed onto itself, and fell through the vault onto the main nave ground.

Currently, the cause of the fire remains uncertain, but accidental reasons linked to the undergoing renovation works on the roof and spire are suspected.

Notre-Dame Cathedral is a very large structure. Despite the fire burning for more than nine hours, not all of it burnt down on April 15.

Actually the main part which has been damaged is the roof top and the spire which have both mostly been destroyed.

Thanks to the incredible work of more than 400 Paris firefighters, the two bell towers and most of the structure built in stone still stands. The supporting arches, on the backside seem intact as well.

Inside the church, many pieces of the roof and ashes fell onto the main nave. It seems that 3 parts of the vault collapsed, thus leaving the church open-air. For now, the access is not even permitted to specialized teams since the structure has not been secured. Therefore, it is not possible to know whether or not more elements have been damaged.

Firefighters let know that in addition to the flames, the smoke may also has caused some damages inside.

Inside the church, the main treasures – especially the Holy Crown, the clothes of Saint Louis and some artworks – have been saved immediately after the fire broke. They were taken to a secret secured place. Some large paintings, securely attached to the walls, could not be removed however, and it is still unclear whether they survived the fire. 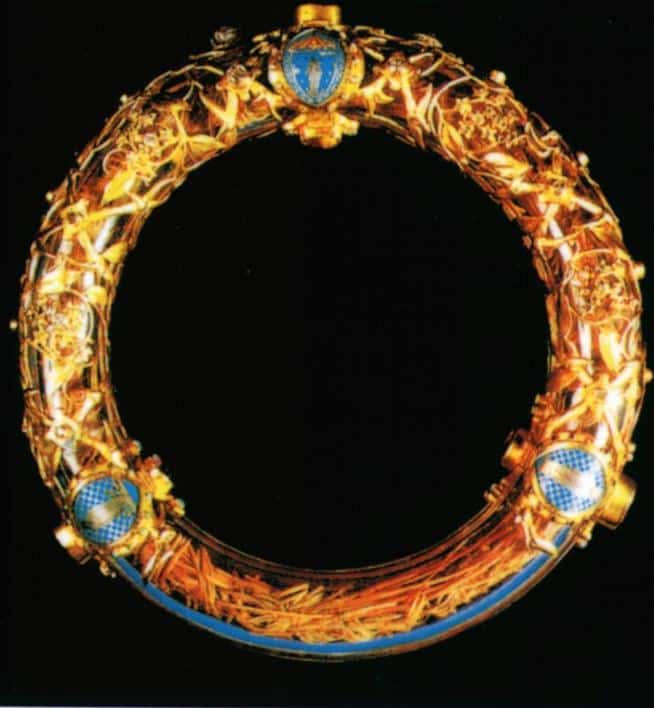 The Holy Crown of Thornes – Photo by Gavigan on Wikimedia Commons

The stone structure, and more especially the main iconic façade with the twin bell-towers was not impacted by the fire. Firefighters let know that the whole structure must still undergo some securing work, in order to reinforce some weakened points – like some parts of the vault.

Also, the main organ was probably left intact as well. However, the heat may have impacted its quality and some work to allow it to sound good again may be necessary.

An investigation is under way to figure out what happened exactly.

It is still way too early to know what comes next for Notre-Dame. However, major international reactions to donate and help rebuild the iconic medieval structure poured in the hours that followed the news.

President Emmanuel Macron ensured that the Cathedral would be rebuilt.

For now, you may donate to help rebuilding at this address.

In the coming days, the Cathedral structure will be reinforced to ensure a safe access to the investigators and to the restauration teams. Construction structures such as scaffoldings or rain protections will probably be installed quickly as well.

However, the exact reconstruction process and duration is still undecided. The French government made clear that they wanted the construction process to start quickly, and look forward. According to many experts, we may need to wait several decades before the whole structure looks again like what it used to be.

Luckily, the oldest part of the building mainly stands (with the very notable exception of the “Forest” roof structure) and Notre-Dame is one of the most documented historical building in France. Therefore, it may be easier to plan its reconstruction.

For now, access remains extremely restricted around Notre-Dame Cathedral and most parts of Ile de la Cité are still not opened to the public, for safety reasons. You may see the remains of Notre-Dame by going to the Quai de Montebello riverbanks on the Left/South Bank of the River Seine. 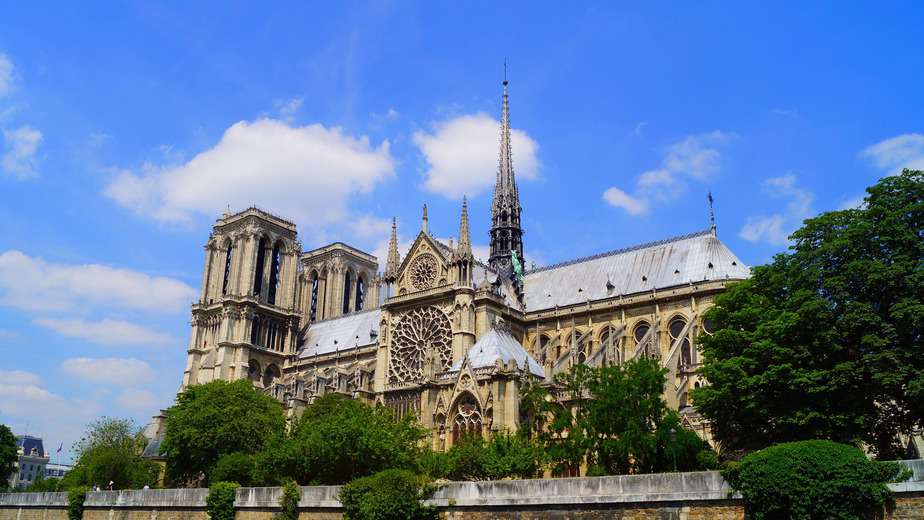 It is probable that the Ile de la Cité access will soon reopen as the surroundings of the Cathedral are secured.

Access to the inside of the Cathedral is of course not possible at the moment and any events or visits have been cancelled until further notice. We invite you to contact our teams if you had a tour of the area planned, for more information.

If you had planned to come to Notre Dame for the Holy Week or Easter Celebrations, you may follow the changes in the week’s plans here.

We will keep you updated on this page for any change in the status of the Cathedral, especially to inform you of future reopening and visits. Due to the extent of the damages and to security reasons, such reopening may not occur before several weeks or months.

As a closing word, we may see April 15 fire as a huge tragedy in which a treasure of architecture was lost. However, we may also remain hopeful. After the War, the iconic Reims Cathedral, shelled and ruined, was entirely and quickly rebuilt. Chances are Notre-Dame will follow that lead. Across its 850-year-long history, Notre-Dame showed many faces, from the most impressive to the most deteriorated – which by the way fueled Victor Hugo’s imagination. The French have shown their resilience during hard times, and it is, after all, part of the life and history of the greatest buildings, to evolve through time.