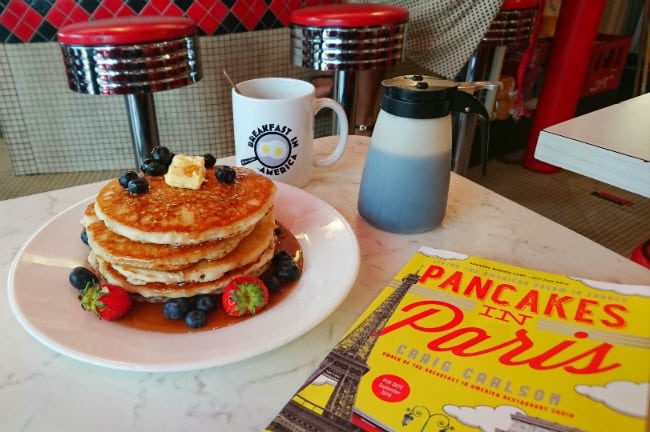 Americans flocked in droves to Paris following the aftermath of WWI. Celebrated writer, mentor, and muse, Gertrude Stein dubbed the wanderers, the Lost Generation. They produced some of the most memorable art, music and literature of the 20th century. Paris remains one of the top tourist destinations for Americans traveling abroad.

Feeling homesick? Craving American-style food while traveling? In this article we’ll take a look at American owned businesses in Paris which are a treat for locals, tourists, and expats alike. 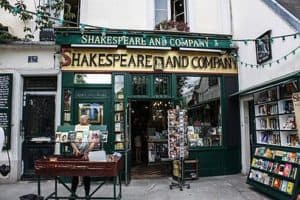 Inspired by Sylvia Beech’s original shop (founded in 1919 in the Latin Quarter, and closed in 1941), George Whitman opened Shakespeare and Company, in homage to Beech, in 1951.

Whitman’s philosophy came from American poet Walt Whitman, ‘Be not inhospitable to strangers, lest they be angels in disguise’. He allowed travellers to stay at his bookshop free of charge, but it wasn’t a free ride. The ‘tumbleweeds’ were expected to work in the bookshop a few hours a day, and write a one page auto-biography at the end of their stay. Incredibly, the bookshop still welcomes ‘tumbleweeds’.

Synonymous with the Beat Generation of American poets that spent time in the bookshop, it is celebrated around the world, and a ‘must visit’ when in Paris. They also host numerous book reading events, have an antiquarian that sells rare and older books, and recently opened a café. 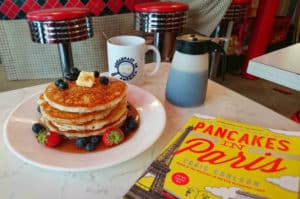 B.I.A. was founded in 2003 because the American owner missed, ‘a good ol’ American breakfast’, while living in Paris. Bottomless cups of joe, pancakes, milkshakes, and a fun 1950’s diner atmosphere make it an enjoyable experience. They currently have two locations in Paris, which are well frequented. Good luck finding a table after 10 a.m. on a Saturday! 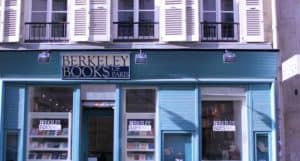 Founded in 2006 by three Californians, Berkeley Books is another English bookstore gem in Paris. If you’re not into the crowds at Shakespeare and Co., Berkeley is a quieter and lovely alternative. Not to say it’s quiet all the time though, they host many in-store book readings, and music events. 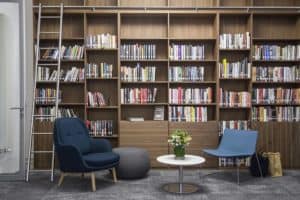 The American Library in Paris has been lending books since 1920, and is the largest English-language lending library on the European continent. They offer youth programs, and host various events. There is also a study room available for students, and anyone seeking a quiet space to work or read.

As it is a privately funded organization, they rely on donations and member service fees to offset their operation costs. 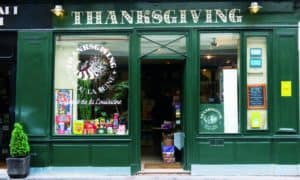 Established in 1990 by an American couple, Thanksgiving sells American food items that are sometimes difficult to find in France. They have an online ordering options as well. From specialized items to familiar brands found in North America, it is definitely a ‘home away from home’ for expats, and something different for locals. 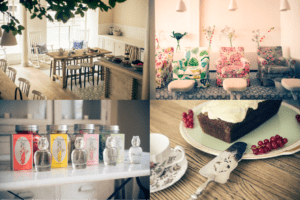 Free Persephone is a beauty and well-being sanctuary in the middle of bustling Paris. Created and owned by an American business woman, her concept of combining a relaxing tea salon with nail care / art, as well as massage, and beauty products is fabulous! They sell signature perfumes, candles, tea, nail polish and skin care products online and in the store.