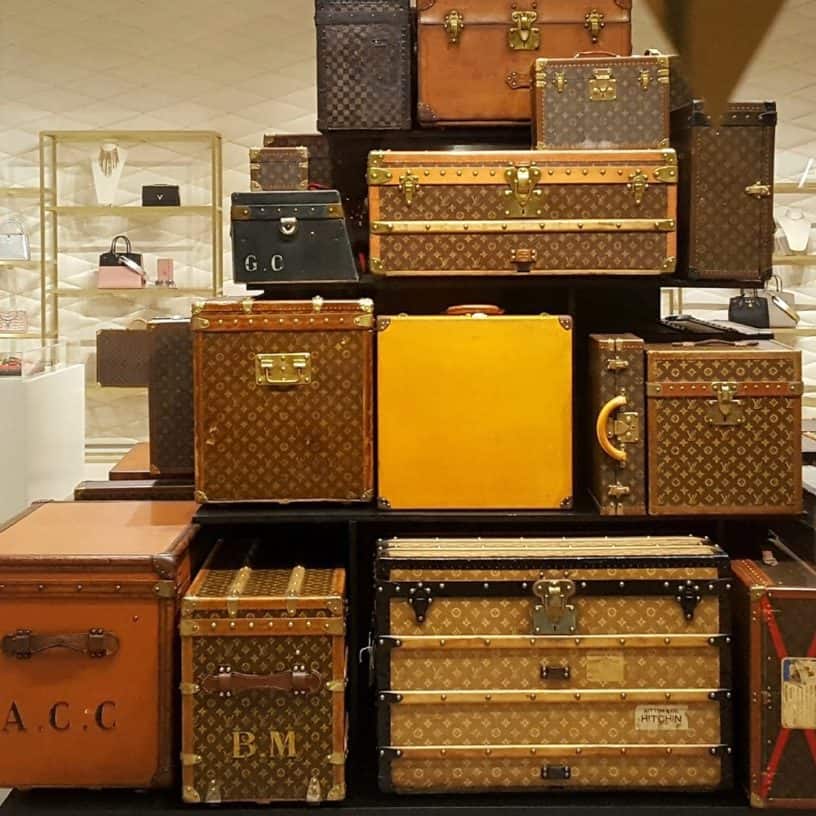 The Louis Vuitton brand is synonymous  with the jet-setting chic. His classic designs have endured, and it remains one of the world’s most recognizable luxury brands.

In this article, we’ll take a look at how a teenager’s solitary odyssey to Paris turned into one of the best success stories of all time. 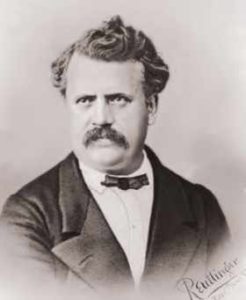 Louis Vuitton  was born on August 4, 1821, in Anchay, located in the eastern part of France. A few years after his mother died, he left the small town of his birth to seek fortune in the nation’s capital. Stopping frequently to work odds jobs along the way, it took him two years to reach his destination on foot. After his arrival in Paris at the age of sixteen, he was hired as an apprentice by Romain Maréchal. Vuitton packed and made boxes in the workshop for seventeen years.

This was during the dawn of the Industrial Revolution in France. Along with the numerous technological advancements, travel was made easier by the increasing number of rail and steam ship lines. More people travelling = higher demand for luggage. 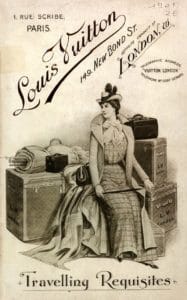 In 1854, Vuitton opened his first shop in Paris at 4 Rue Neuve-des-Capucines, advertising that he, ‘securely packs the most fragile of objects’. At that time, dome shaped steam trunks were the most popular style of luggage available. Vuitton revolutionized the game by fabricating square luggage that was easily stackable, and that also allowed for garments to be hung upright. It was a success, and attracted affluent clientele such as Emperor Napoléon III’s consort, Empress Eugénie de Montijo. 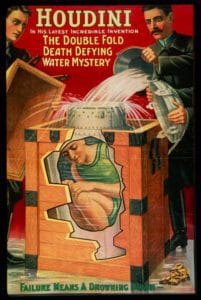 Harry Houdini and the ‘lock that no-one could pick’

Along with other innovations, such as waterproof luggage made out of canvas, foldable beds, and made to order luggage customized for his clients, the brand also developed a lock that ‘no one could pick’ for their trunks. In 1896, George Vuitton (Louis Vuitton’s son), patented the single lock system with two spring buckles. The efficiency was undisputed. George was so confident with the quality of the locks that he publicly challenged famed escape artist and illusionist, Harry Houdini, to break out of a locked Louis Vuitton trunk. Unfortunately for us, history does not record Houdini’s response. The lock system is still used by the company today. 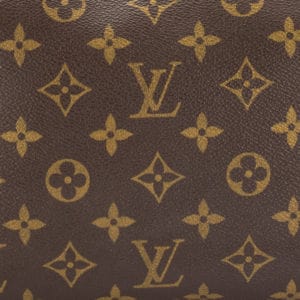 After Louis Vuitton’s death in 1892, George took over the reins of the company. It was he who created the now instantly recognizable ‘LV’ monogram with flowers on brown leather. This was done in an attempt to thwart fraudulent copies, (a problem that still plagues the company) and was inadvertently a genius branding move. It remains one of the most popular selling prints. 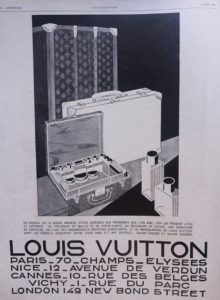 In 2004, Stephanie Bonvincini’s book, ‘Louis Vuitton, A French Saga’ revealed that the family had links to the French Vichy government, who collaborated with the Nazis during the occupation in WWII. The book states that not only did the company benefit financially from their dealings with the Nazis and the Vichy government, but also that they fabricated images of Pétain (the Chief of State of Vichy France) to positively promote his image.

French luxury goods conglomerate, LVMH (who purchased Louis Vuitton in 1987) responded, “This is ancient history. The book covers a period when it was family-run and long before it became part of LVMH. We are diverse, tolerant and all the things a modern company should be.”

From luggage, to handbags and sneakers?

Louis Vuitton introduced their first leather handbag in 1930, called the ‘Speedy’, and never looked back. In 1997, the company branched out to include a fashion, accessory and perfume line. They still create custom made pieces for their high-end clientele, and all of their luggage and bags are hand-made by highly skilled craftsmen/women.

Currently there are 460 Louis Vuitton boutiques internationally, and the company remains one of the highest grossing luxury brands in the world. But is it worth the hefty price-tag? I’ll let you be the judge… 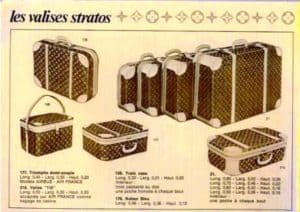 To find a Louis Vuitton shop in Paris, please click the link here.