Everything you need to know about la Galette des Rois 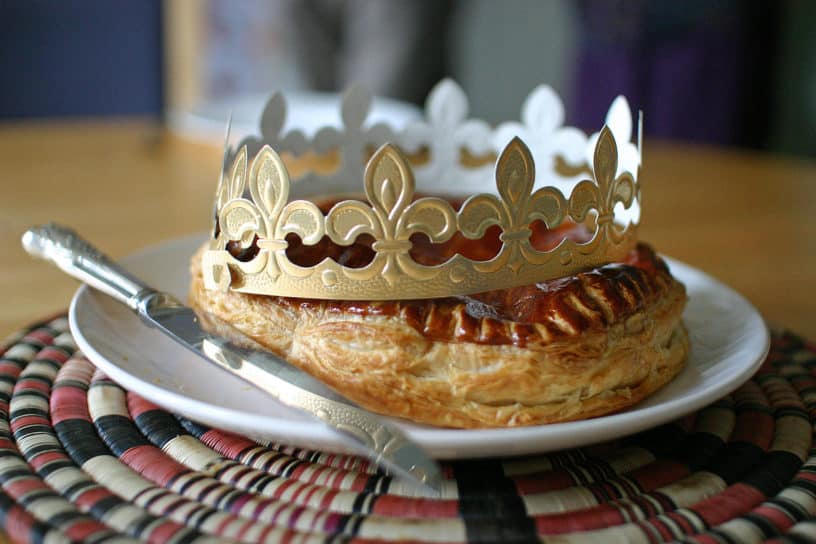 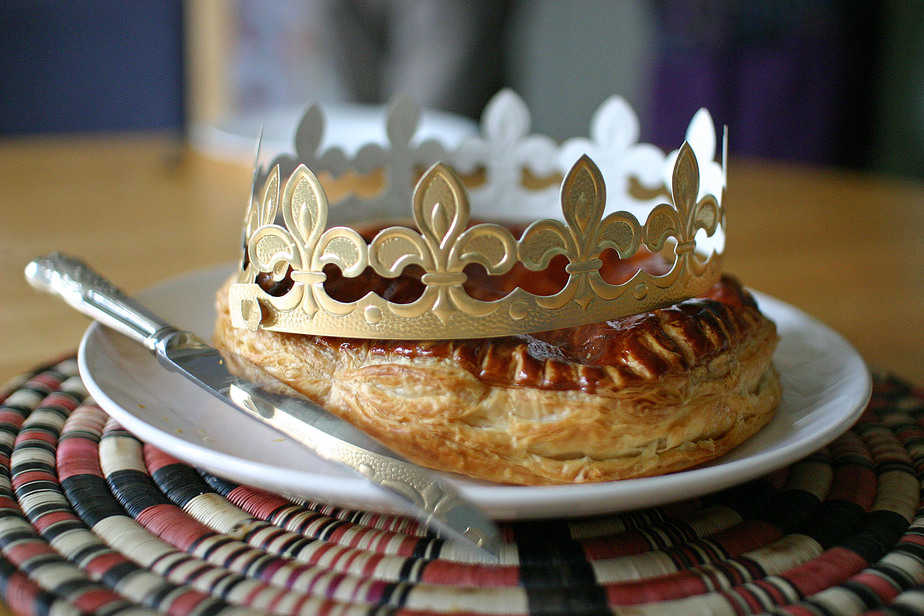 Everything you need to know about la Galette des Rois

You might have noticed last month that virtually every bakery in Paris — and throughout France — started selling a sweet treat to ring in the new year: la galette des Rois

If you ask me, they’re called galette des Rois because they’re king of all French pastries. It’s perhaps my favourite winter snack to bite into between meals. I can’t just have one “tranche.” Once I get started, I can’t stop. And for me it’s all about the taste. I’m not even looking for the “fève.”

Then again, I’ve never found one.

Here’s everything you need to know about the traditional French pastry of the New Year.

How did it all begin?

Like most French traditions, it dates back to centuries ago, and it’s Catholic in origin. The French newspaper Le Figaro mapped out the origins of the pastry in one of their old issues. According to the paper, it all started with Epiphany, or Fêtes des Rois, a celebration of Christ as an infant being revealed to three men who, throughout history, have been referred to as the three magi, the three wisemen and, of course, the three kings.

When Epiphany was first celebrated in Roman times it was observed at the same time as Christmas, but now it falls the first Sunday in January. The two holidays were formally separated by Jules Ier. As with most old traditions rooted in religion, Fêtes des Rois became gradually more and more secular over the centuries.

Royals like François Ier et Louis XIV threw extravagant banquets celebrating the holiday, the parties becoming so excessive that soon complaints arose on the sheer extent of the excess. Eventually — and know one quite knows how — the galette des Rois cakes began to appear at these celebrations. The first one is believed to have surfaced in the 14th century. 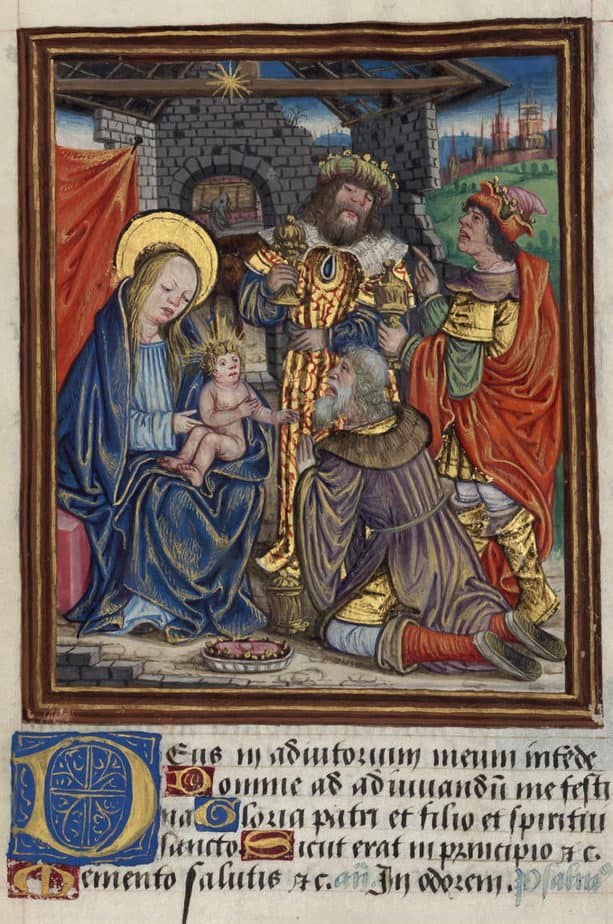 Well, good question. Depends on who you ask. One of the very first galette des Rois on record came from Robert II de Fouilloy, bishop of Amiens, and dates back to 1311. It was a galette “en pâte feuilletée,” which means it was in a puff pastry. Inside the puff pastry cake is an almond-flavoured cream known as frangipane.

And so, the northern tradition began. But the recipe for la galette des Rois varies, with regional differences making each one distinct from the other.

In the south, you’ll find a different dessert. Take a trip to Provence and you’ll see them eating the Gateau du Rois Brioché, a variation with their own local products: orange blossom and candied fruits. On top that, the southern version ended up being a brioche instead of a puff pastry. Why? With warmer temperatures in the south, in the past it was more difficult to keep butter hard, and the butter needs to be hard to have the pastry texture. Instead it’s a brioche with a crown shape, a form believed to be influenced by similar Christmas desserts from Spain and Portugal.

Even the name varies based on the region. It’s called royaume in Provence, la Chaudière in Champagne-Ardennes, pogne ou épogne in Dauphiné, and galfou or garfou in Béarn.

But, as we all know, one element stays the same: the fève. Back in the 14th, century it was an actual bean inside the cake. By the sixteenth century, the “fève” was a coin, then by the late 19th century it could be a variety of porcelain symbols to designate who would be king. Nowadays, any plastic trinket will do. 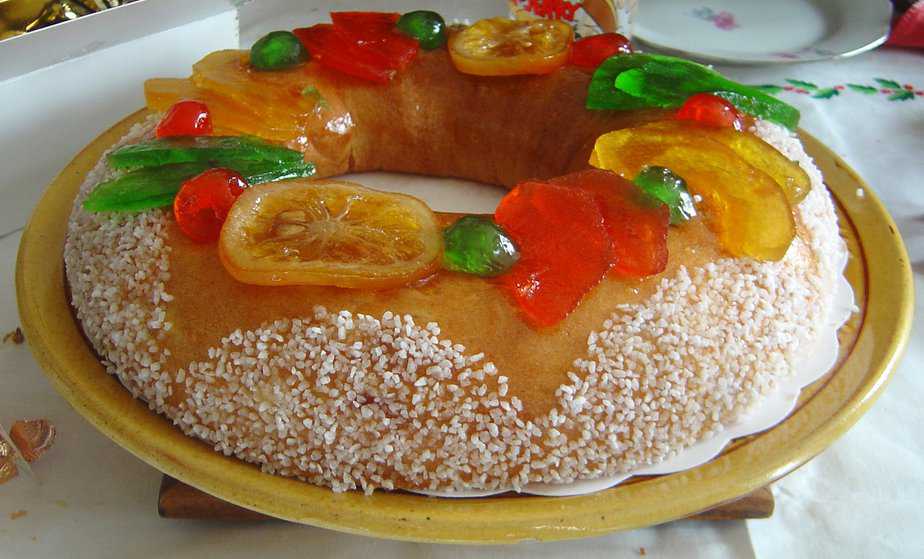 There’s a whole little ritual set out for how to enjoy the cake. In the olden days, the tradition was slightly different. After appointing a president (usually the oldest and most respected person among the guests), the youngest boy in the family gets on the table.

The president cuts the first slice of the cake and asks the child “for whom this piece?” The child answers, “for the good God,” and the part is set aside to be given to the first poor who will come to ask for it. The child later brings the slice of reserved cake to the poor, saying “Here is the share to God.”

The youngest child hides under the table, and although the child does still decide who gets the first piece, it’s someone at the dinner. The philanthropic and religious element faded with the centuries. Everyone digs in, then, the person who finds the“fève”, gets to wear a crown, and is king or queen of the celebration. 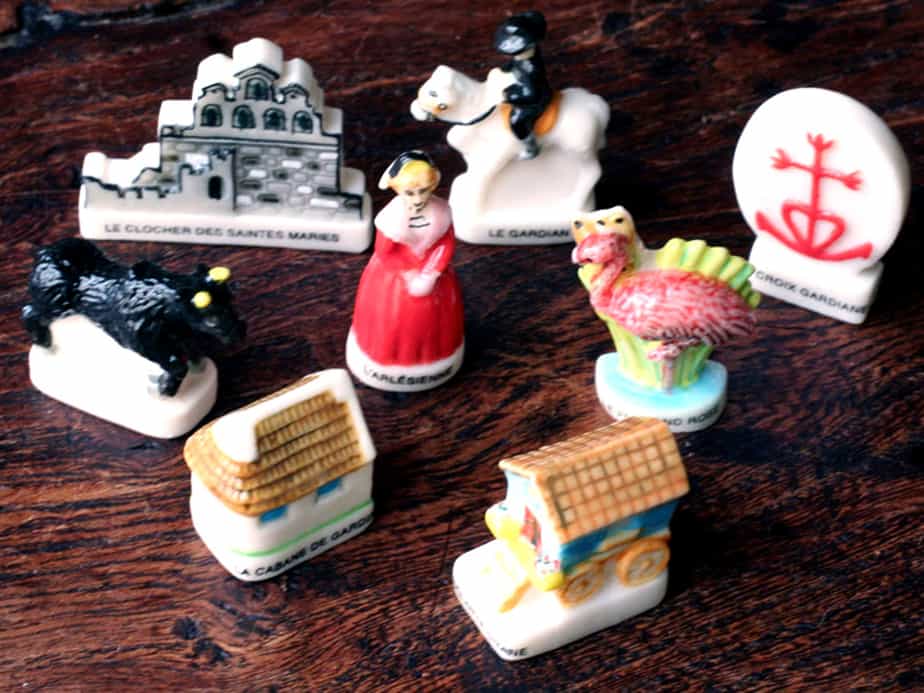 Where to get la Galette des Rois

If you find yourself in the Paris region next January, these bakeries make a pretty decent galette des Rois:

Stohrer: This is the oldest bakery in Paris, founded in 1730 by Nicolas Stohrer, the official pastry maker for Louis XV. You’ll find the traditional northern galette à la frangipane with a nice golden brown colour. The blue, elegant Stohrer logo is right in the middle of the cake. Fittingly, the pastry shop’s logo actually has a crown in it.

Stohrer is in the Second Arrondissement of Paris, at 51 rue Montorgueil. It’s easily accessible by RER A, ore metro lines 4, 3, and 14 . 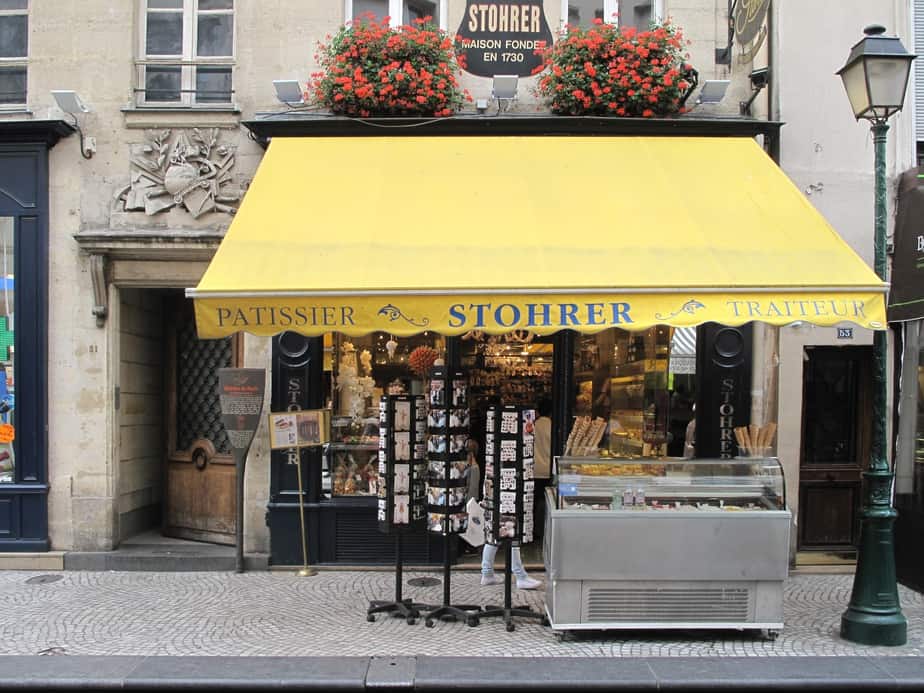 Le Moulin de la Vierge: This place is supposed to make a great galette des Rois. I’ve already tried a Paris Brest here, and based on the quality of it, I’m sure the galette des Rois is just as good. You can find one location in the  Seventh Arrondissement, at 64 Rue Saint-Dominique. The RER C or metro lines 8, 9 or 13 will take you there.  There might be a few tourists in front of you in line, but their good pastries are worth it.

Last but not least, if you’re willing to take a a trip out to the banlieue, head northwest of Paris to a bakery in the tiny commune of Saint-Ouen L’Aumône to try their galette des Rois. Its called Poudres d’Or, and their galette des Rois was named the best in all of Île de France by “Le syndicat patronal des boulangers du Grand Paris.”

The address is 51 rue du Général-Leclerc, Saint-Ouen L’Aumône. You can get there by taking the H line from Gare du Nord or the J line from Saint Lazare.

And so, that concludes a short explainer on one of my favourite French pastries. But there are many more sweets to discover. Here’s a list with a few more recommendations.

A final tip, make sure to enjoy your galette des Rois with cider or Champagne!