Who Built The Pyramids Of Giza & How Did They Do It? 10 Great Facts About The Construction 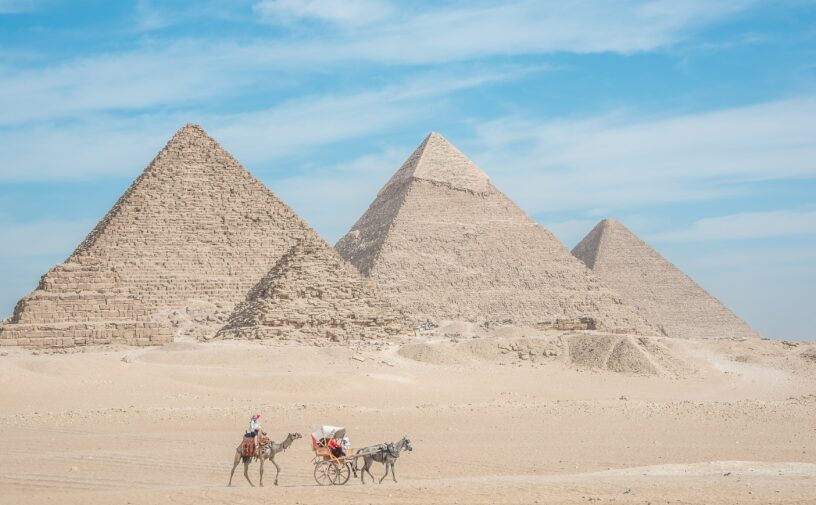 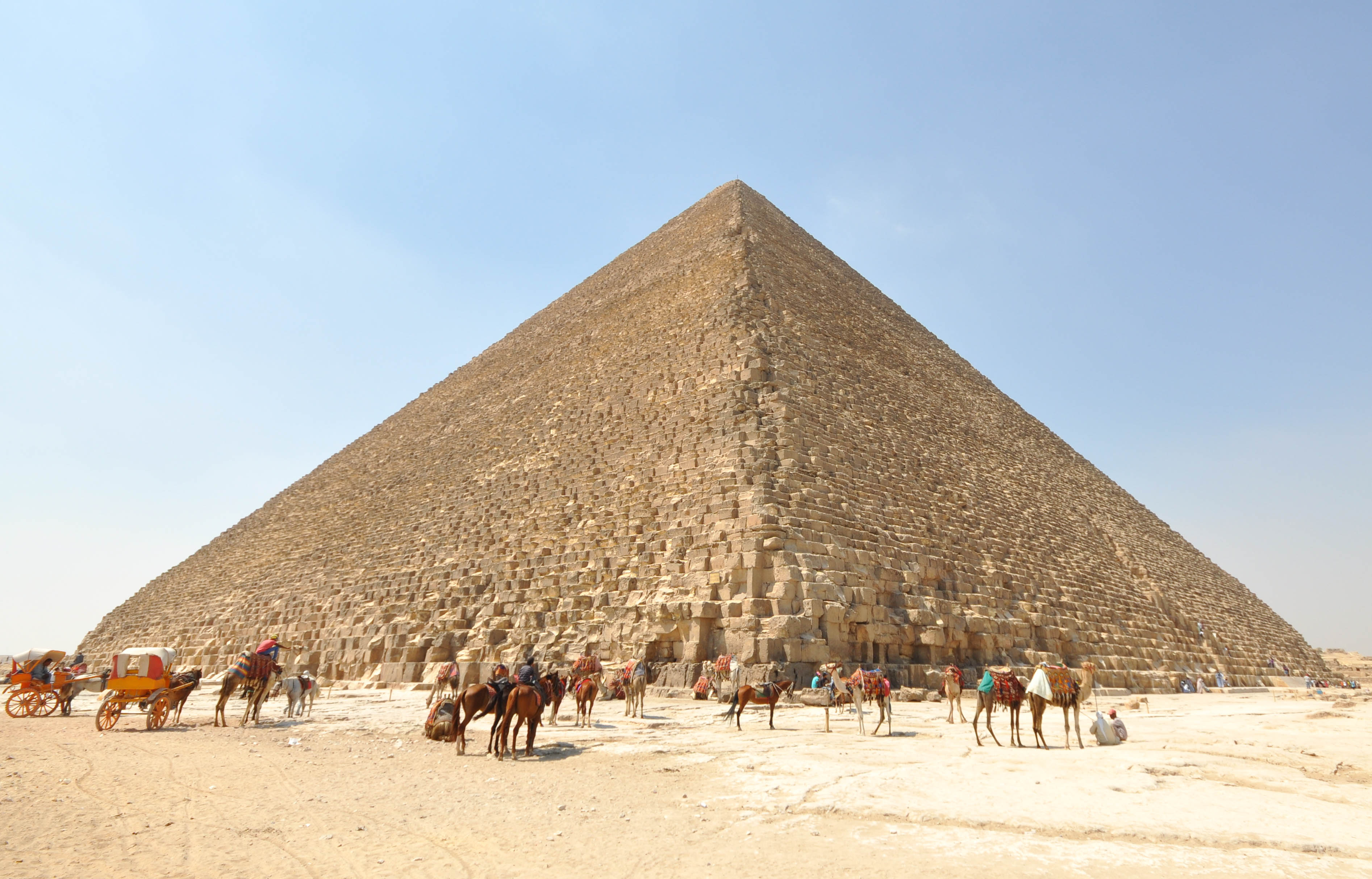 Who Built the Pyramids of Giza & How did They do it? 10 Great Facts about The Construction

The Great Pyramid of Giza is one of the biggest pyramids in Egypt built in the twenty-six century BC for about twenty-seven years. This seventh wonder of the world is located on the west bank of the Nile River near Giza in northern Egypt. It is the tomb of the fourth-dynasty pharaoh known as Khufu. It has remained intact over the years being one of the oldest of the seven wonders of the Ancient World. Initially, it stood tall at a height of one hundred and forty-six meters being one of the tallest made-made structures ever. However, over time the limestone casing was removed which eventually lowered the height of the pyramid to one hundred and thirty-eight meters. It covers a base of about two hundred and thirty meters which gives a volume of about 2.6 million cubic meters. In this article, we explore the top ten facts about the construction of the Giza Pyramid, who built it? and how it was built.

1. Why were the Pyramids Constructed? 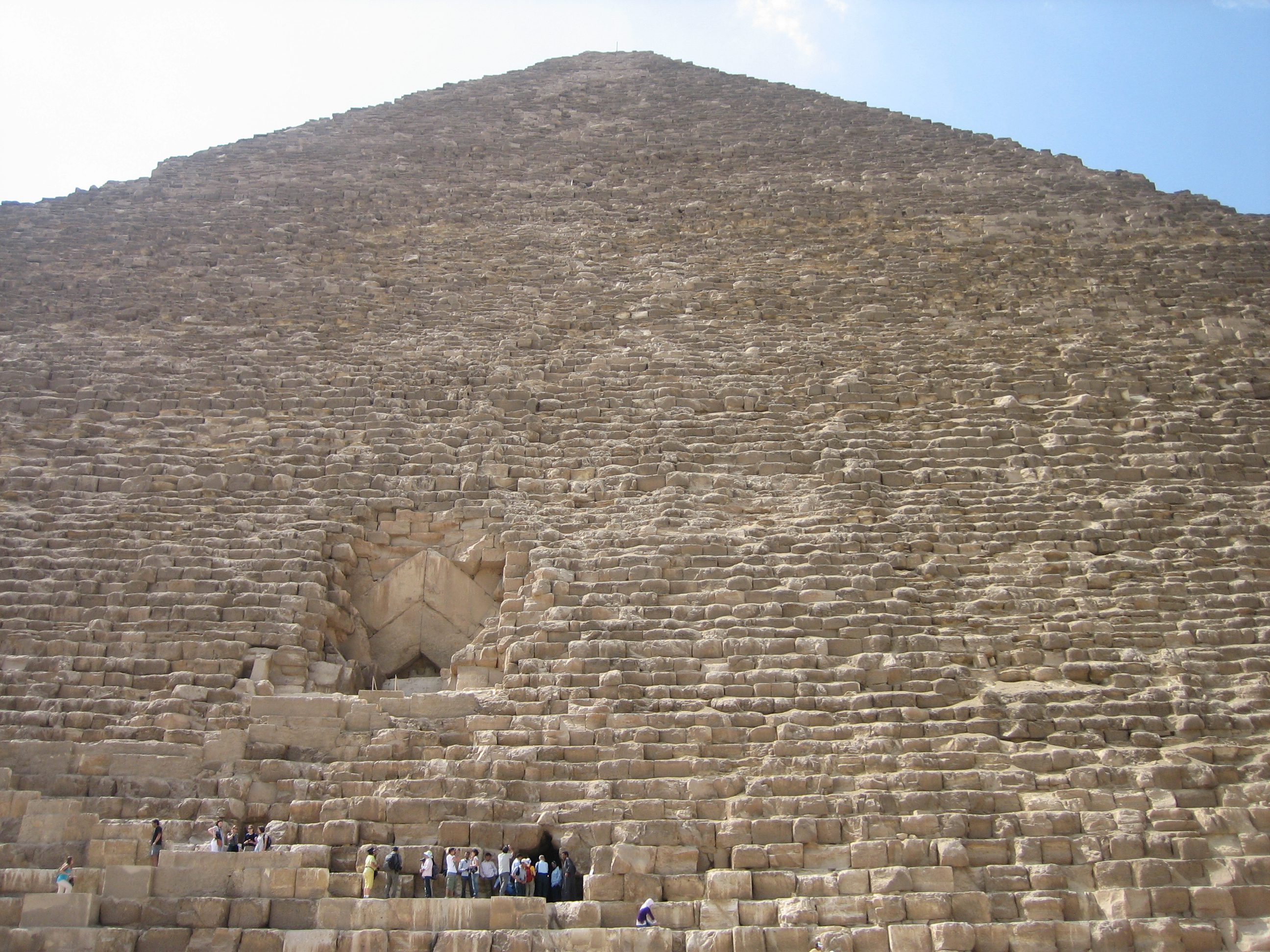 The phenomenon pyramids of Giza were built to endure for eternity. They were built by Egyptian Pharaohs more than four thousand, five hundred years ago. They were put up for each Pharaoh as they were believed and expected to become a god in their afterlife when they died. While they lived, they prepared huge pyramid tombs for themselves and erected temples for the gods. After the construction, the pyramids were filled up with things that the ruler would need to sustain them in their afterlife.

2. The First and Tallest Giza Pyramid was built by Pharaoh Khufu

Pharaoh Khufu was the pioneer of the first and tallest pyramid which dates back to 2550 B.C. It turned out to be the tallest and the oldest among the other pyramids. The pyramid stands at one hundred and forty-seven meters above the plateau. It was constructed using an estimated 2.3 million blocks of stones with each weighing 2.5 to 15 tons on average.

Pharaoh Khafre was the son of Pharaoh Khufu who took over after the passing away of his father. He is mentioned to have built up the sensational pyramid. This second pyramid was built in approximately 2520 B.C. He established one of the outstanding pyramids which included the Sphinx, a pharaoh’s head, and a mysterious limestone monument that had the body of a lion. It was the second tallest after his father’s pyramid.

4. The Smaller Pyramid was built by Pharaoh Menkaure 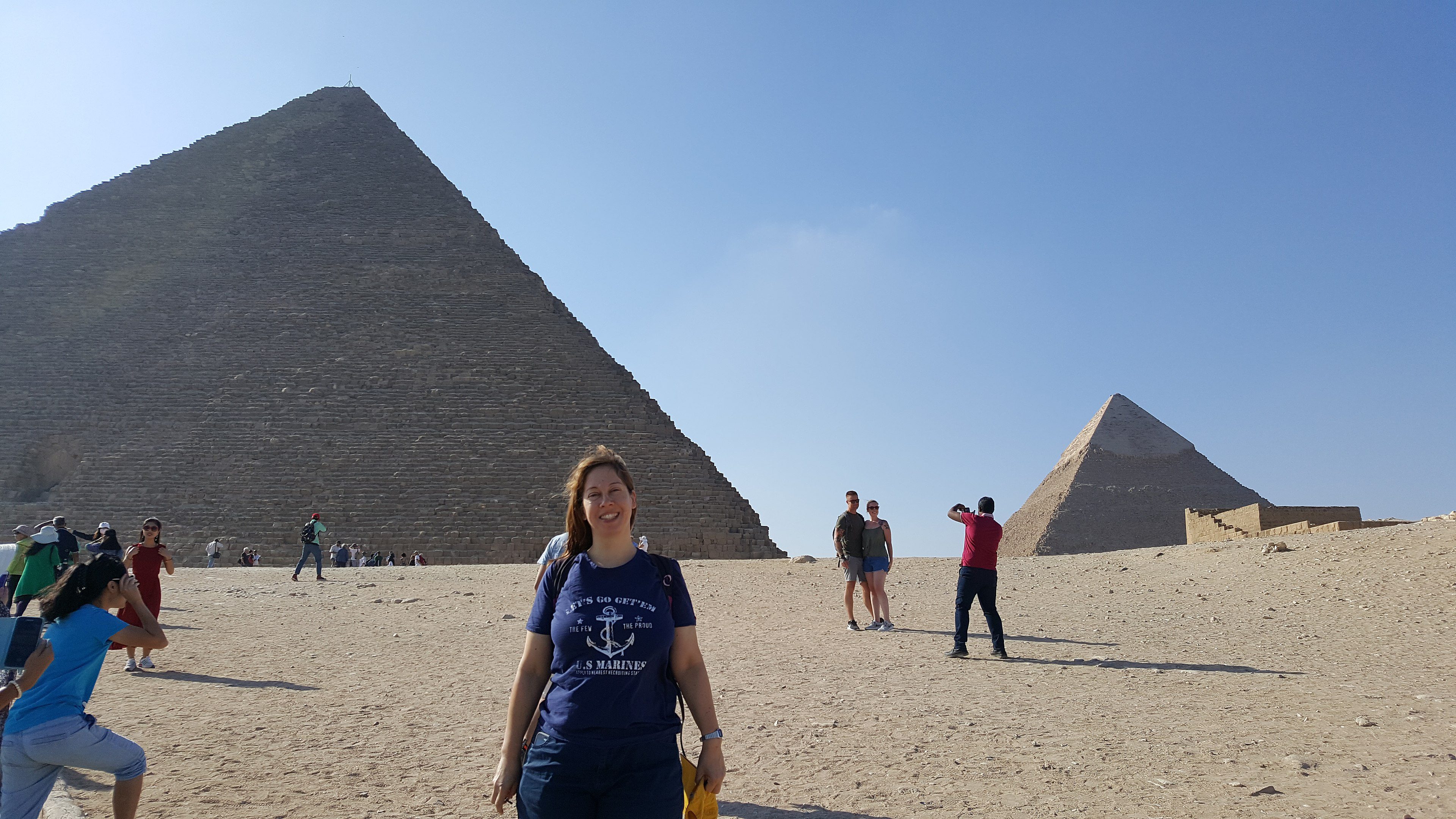 The third pyramid is smaller compared to the first two. It was built under Pharaoh Mankaure which was approximately around 2490 B.C. This fascinating pyramid depicts a more complex mortuary temple.

5. The Builders were very Skilled

The builders of the Giza Pyramids were very skilled and did such impressive work that is standing and still fascinating to date. The skills were so outstanding that, scientists are not sure how the pyramids were put up. It is believed that the builders were well-fed Egyptian workers who worked and lived in a nearly temporary city. It is also believed that the pyramids were built by communities across Egypt, that contributed their manpower, food, and other essentials to its establishment. They all contributed to a national project that depicted the control and wealth of the ancient pharaohs.

6. There are Many Controversies about the Construction of the Giza Pyramids 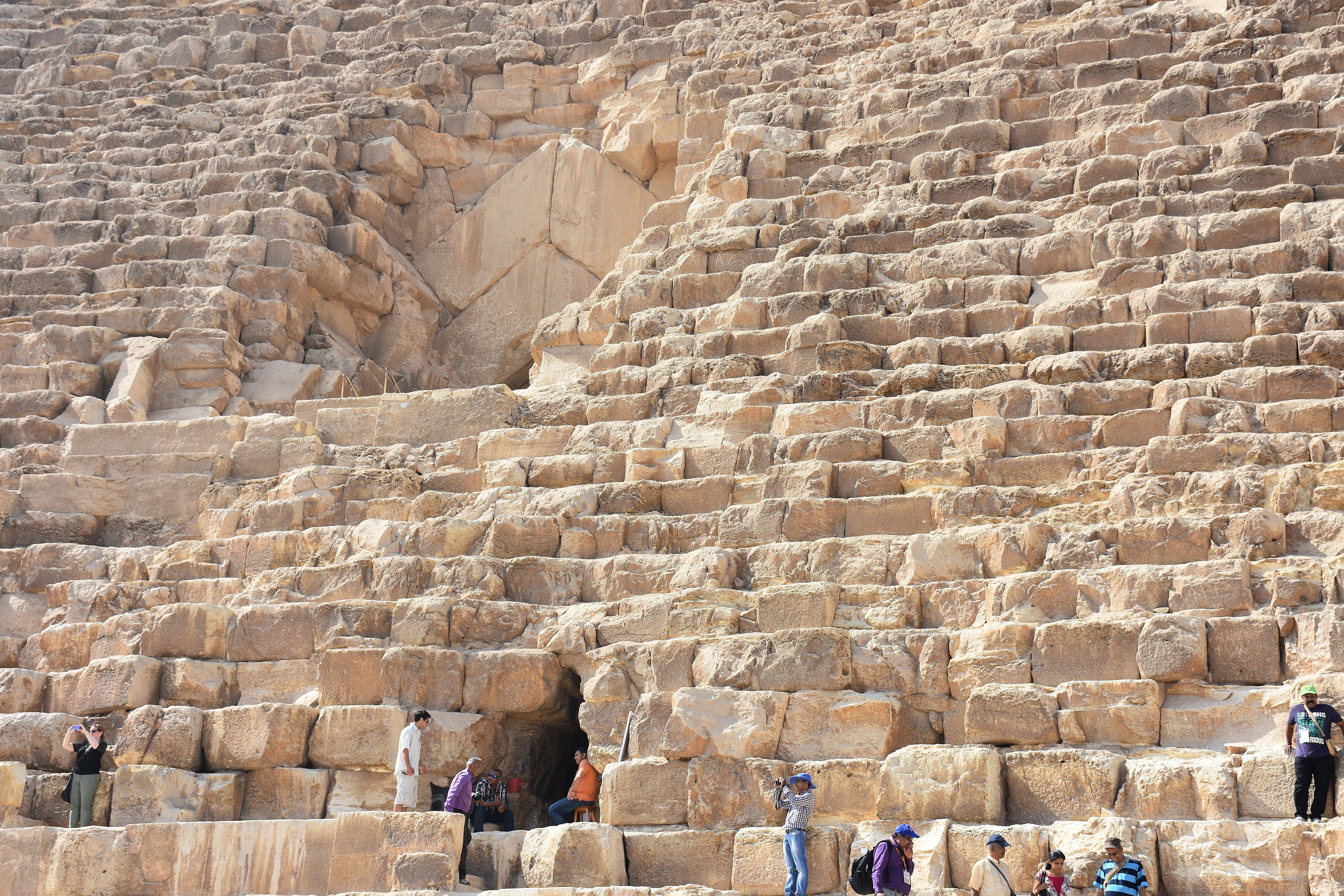 7. It is believed Huge Stone Blocks Were Ferried to Construct the Pyramids

Following the fact that the pyramids were built more than four thousand years ago, it is difficult to establish the exact technique used in the construction of the pyramids. However, scientists and researchers may have resolved the mystery and they believe that the ancient Egyptians ferried the huge stone blocks from the river Nile to build the pyramids.

8. The Pyramids were put up using Granite Blocks 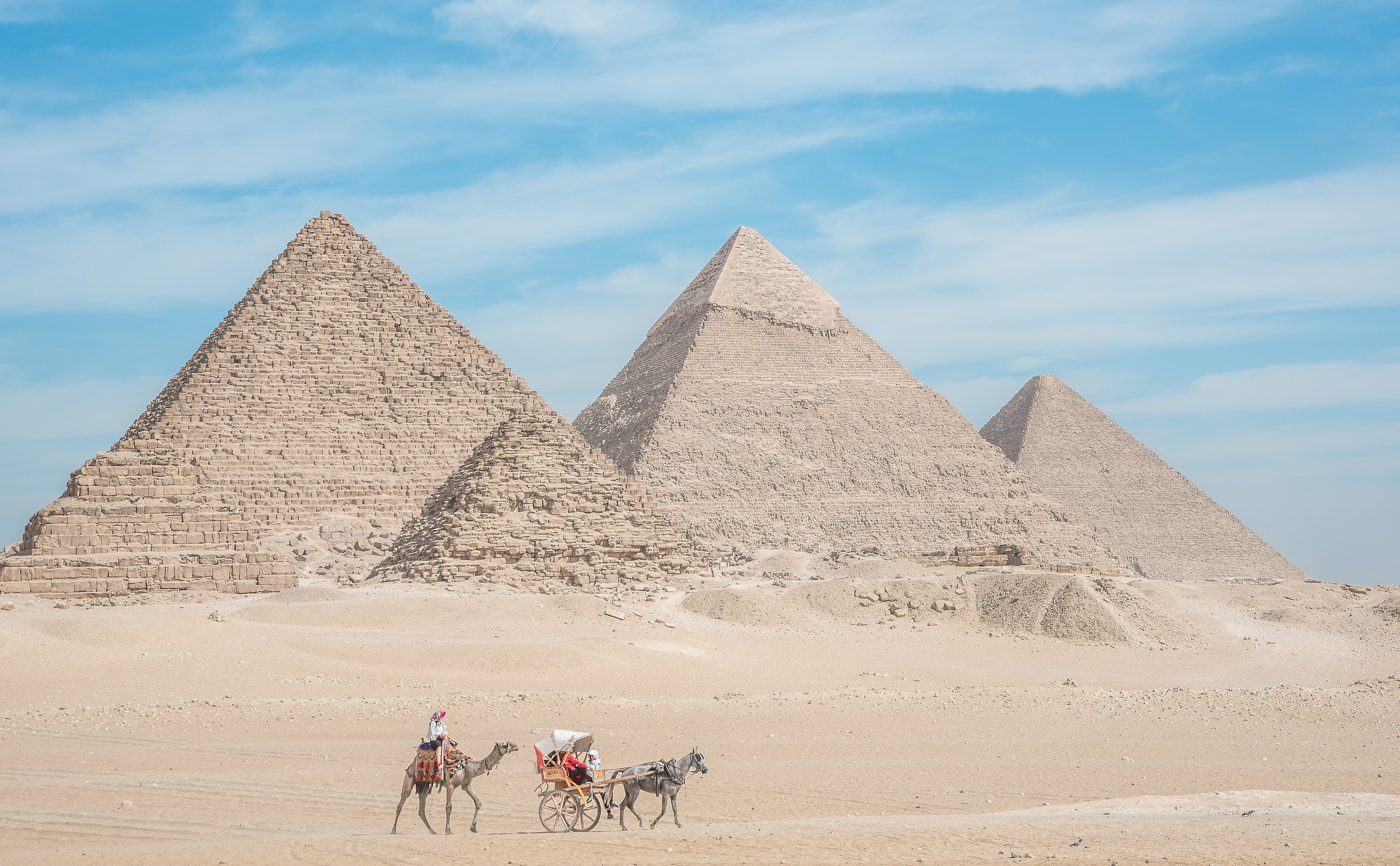 The Giza pyramids were constructed using different materials among them blocks of granites. From the research, the great pyramid was made with approximately 2.3 million blocks. However, there was an estimated 5.5 million tonnes of limestone, 500,000 tonnes of mortar, and about eight thousand tonnes of granite. Most of these blocks were quarried and ferried from Giza south of the pyramid, called Central Field.

9. Workers Used Ropes to lift Stones from the Quarry

Even the current scientists have longed to fully understand and often wonder how the workers managed to lift the blocks from the quarry and ferried them to the construction site. This is simply because the workers lacked the advanced machinery of the present day. After the massive blocks were cut from the ground, the workers had an even greater task and challenge to lift the blocks and ferry them. The resent by the archaeological at an alabaster quarry in Eastern Egypt has concluded and suggested that the workers used an ingenious ramp and rope system to move the blocks.

10. The Blocks were ferried using Toboggans

The whole process of constructing the pyramid was extremely difficult and more so ferrying the heavy blocks across miles of desert to the construction site. Evidence shows that the Egyptians devised an easy way to ferry the blocks using toboggans. From the evidence, they used rudimentary sledges that made it easy to move the massive blocks across the desert. The sledges were simple with a flat surface with upturned edges that were able to glide over the dunes. However, the blocks were so huge and often caused the sledges to dig into the sand.