Top 15 Facts about the Pyramids of Giza 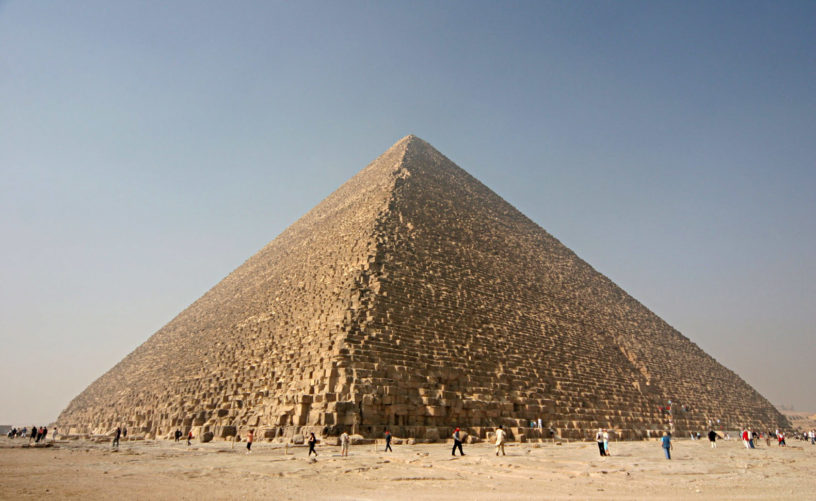 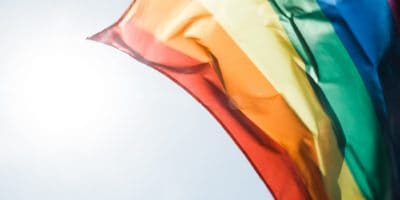 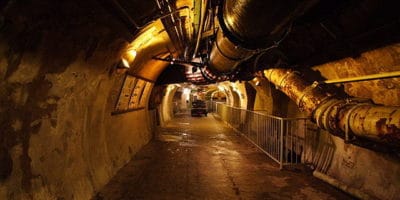 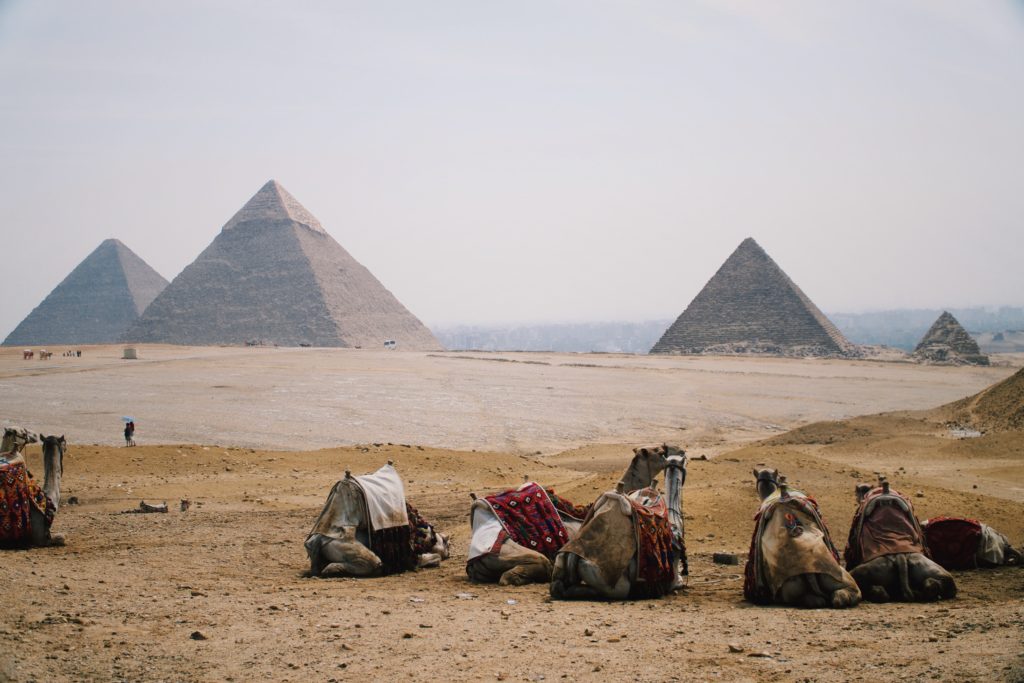 Photo by Pradeep Gopal on Unsplash

Top 15 Facts about the Pyramids of Giza

Egypt is known for its pyramids. The pyramids of Giza are the largest and most recognized artifacts in the world.

The pyramids were built to honor certain pharaohs of the fourth ruling dynasty of Egypt that was known as the old kingdom. It was the first era of Egyptian civilization that lasted from 2688 to 2181 BCE.

The Great Pyramid of Giza is the oldest and the greatest pyramid of the three pyramids that are found there.

It is one of the seven wonders of the world and was built for Pharaoh Khufu of the eighth dynasty between 2580 and 2560 BC.

The pyramid contains chambers specifically made for the king and queen, the Robbers’ Tunnel, a modern opening gate, the Grand Gallery, and a huge vacuum deep inside the pyramid.

It is estimated that 2.3 billion bricks were used to make the pyramid, the exact dimensions are not known as they were in Egyptian units.

The pyramid of Giza is more fascinating compared to the other pyramids making it a favorite tourist destination. Most of Egypt’s’ revenue from tourism is gained from the numerous visitors to this pyramid.

Here are some top 15 facts about the Pyramids of Giza.

1. The pyramids of Giza were the first to be built

The pyramids of Giza were the first to be built. Pharaoh Djoser built a step pyramid in Saqqara south of Giza around 2630 BCE. Initially, tombs of kings and queens were underground.

Djoser’s tomb was constructed before that of Sneferu whose Red pyramid was the first true pyramid to be completed between 2613 and 2589 BCE.

2. The great pyramid was constructed after the red pyramid 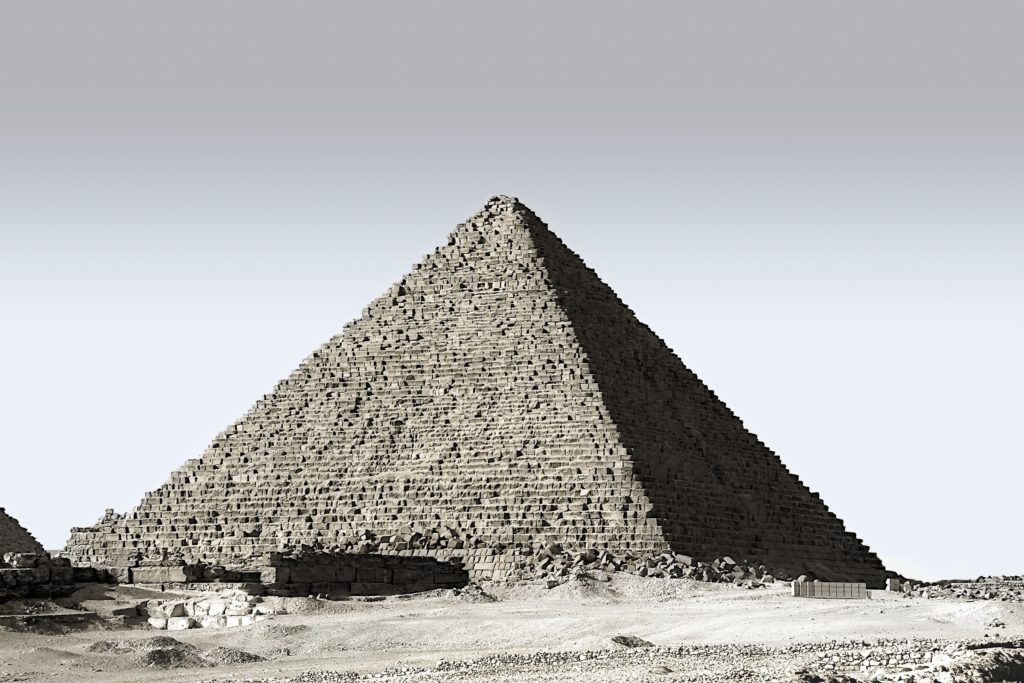 Photo by Simon Matzinger on Unsplash

It was constructed at Dahshur, this was after the first pyramid in Maidum was left unfinished while his second was turned into the Bent pyramid.

It was after this that Khufu began working on the Great Pyramid at Giza. It was the largest of all the pyramids that were constructed in Ancient Egypt.

3. The pyramids of Giza have shrunk 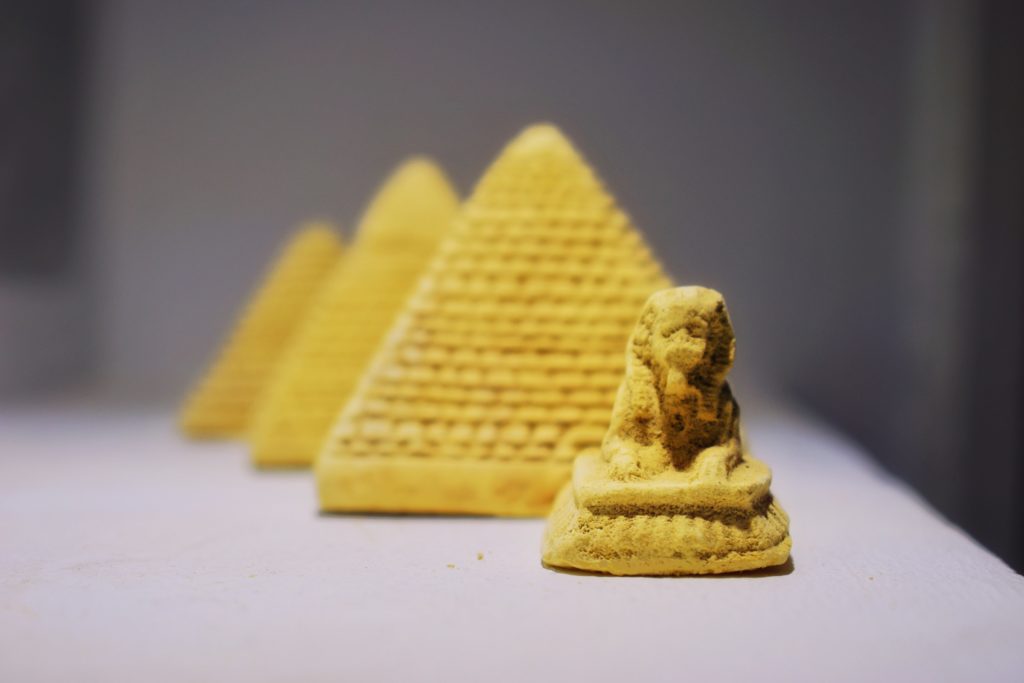 Photo by Bilal Ayadi on Unsplash

The pyramids of Giza do not stand as tall as they did when they were first constructed.  They are about 455 feet (ca. 139 meters) tall today.

The pyramids have undergone erosion that has happened for at least four millennia. This has seen the stones on the structure reduce in size to 25 feet (7.62 meters).

There is an iron triangle currently sitting on top of the pyramid. This represents the capstone that once marked the peak of the structure.

4. The interior of the pyramid has three chambers 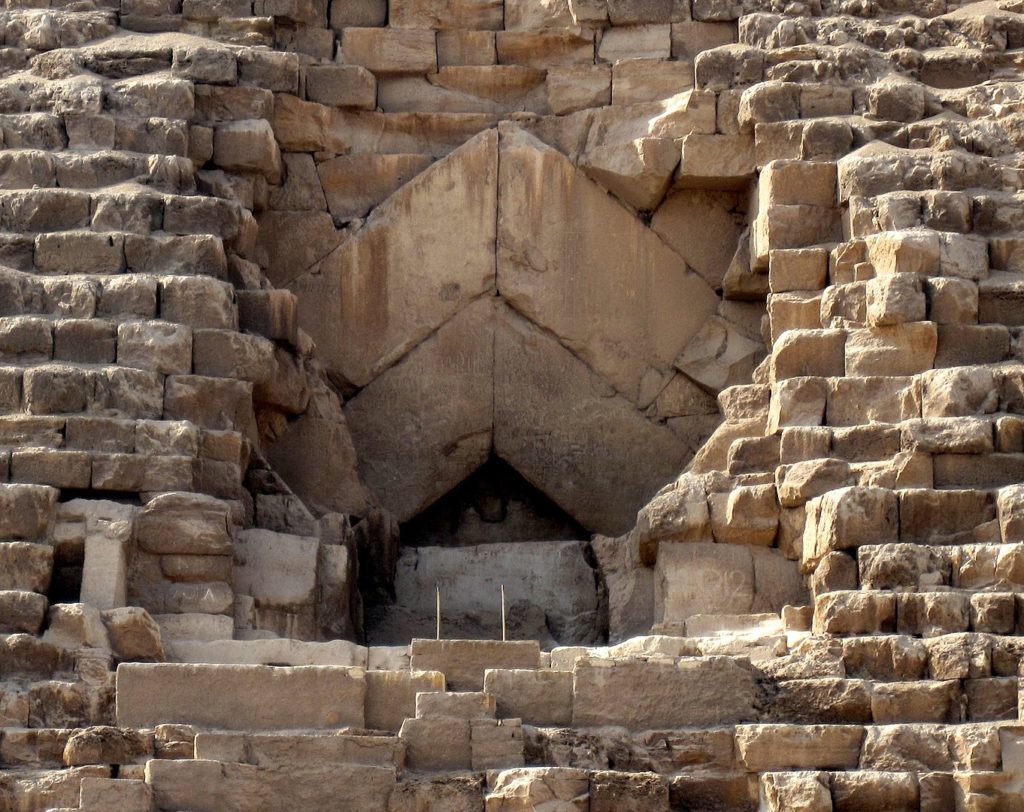 The pyramids were designed as tombs. The Great Pyramid, therefore, contains three burial chambers that were intended to house Khufu and a supplication of goods and treasures that he was to take with him in the afterlife.

When entering the pyramid, there is a passage that descends about 354 feet (ca. 108 m) into the bedrock, then levels off. It continues another 29 feet (ca. 9 meters) to an unfinished, underground chamber.

After which there is a hole in the roof that leads to the ascending passage, a 129-foot stretch rising to the Grand Gallery, this is the only known pyramid with a passage that slopes upward.

At the entrance of the Gallery is a passage to the Queen’s Chamber.

There is a series of shafts, stretching from the north and south walls.

These have been studied multiple times but their purpose is yet to be known.

5. The  chambers of the pyramid are empty

The tombs under the pyramids initially were full of human remains and gifts that they were to take with them to the afterlife. This was very common in the 9th century.

After the pyramids were open to the public, a lot of looting has left the tombs bare and empty apart from Khufu’s red-granite sarcophagus.

The white limestone casing that covered the exterior of the pyramids was also taken and used by various rulers and kings in other building projects.

Ancient Egyptian belief was that pharaohs were to be buried with their treasures and even sometimes with their slaves.

The valuables drew rulers who destroyed the pyramids and took the gold, jewelry and clothes to their kingdoms.

When visiting the pyramids, one can see the evidence of failed break-ins the deep hole that was made in the pyramid’s structure is still visible today.

Unlike popular belief that the pyramids of Giza were built by slaves, exerts believe that at least 20,000 to 30,000 skilled masons, engineers, architects, surveyors, and other craftsmen constructed the Khufu temple.

The experts further say that the workers at the site worked in shifts all year round and each shift was made up of a collection of workers.

Many construction workers worked at the site during the summer when river Nile was flooded the valley close to the site, this led to the integration of permanent labor force.

Historians estimate that over 100,000 construction workers were involved in the construction of the Pyramids of Giza.

7. They are the oldest wonders of the world

These pyramids are among the oldest in the world and have remained in good condition making it to the list of the seven wonders of the world.

Other pyramids can be found in Mexico,  an ancient city having up to 20 pyramids was constructed at Caral in the Supe Valley on the west coast of Peru between 2700-2600 BC.

8. Limestone was used to decorate the outside of the pyramid 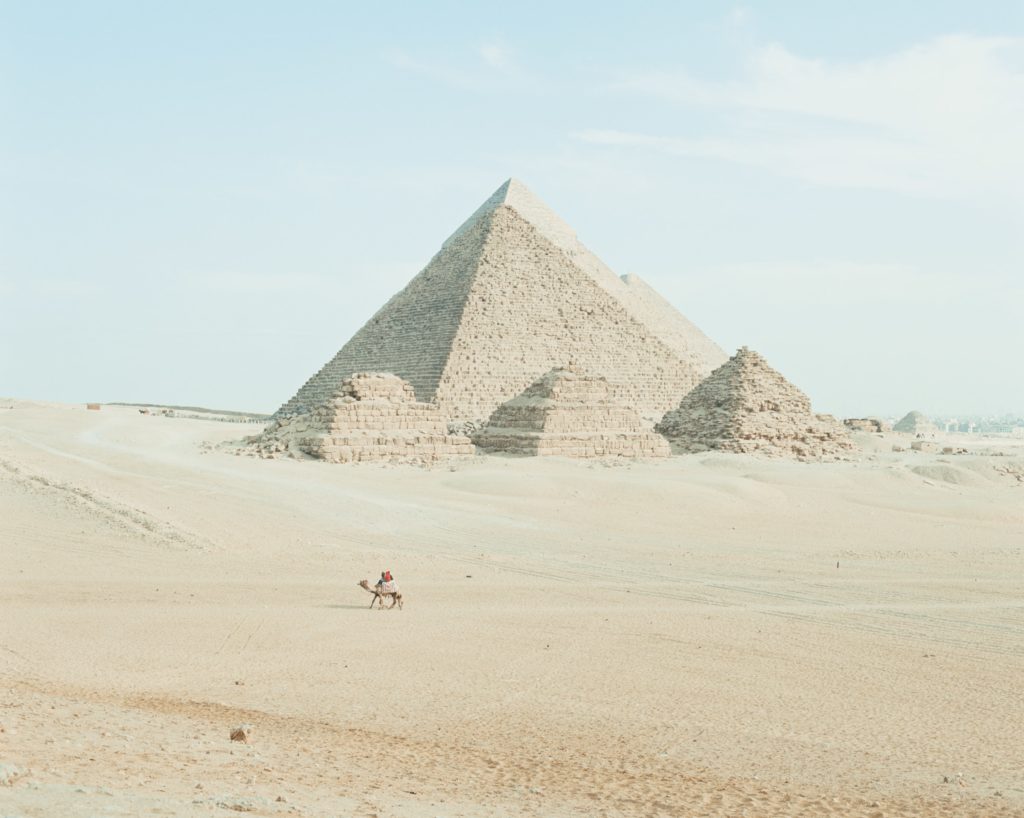 Photo by Shotaro Hamasaki on Unsplash

When constructing the pyramids, attention to detail was essential as a sign of love and respect to the pharaohs and the dead too.

The pyramids were constructed using local limestone that was available in large quantities in Egypt, and the outsides were highly polished.

The stones sparkled in the sunlight, making the pyramid shine like a huge gem. The shine made the pyramids visible from the mountains of Israel, other unconfirmed reports were that it could be seen from the moon.

The genius behind the use of the limestones was to also reflect the sun away from the pyramids.

This ensured that the temperature in the tomb remained at a constant of 20 degrees Celsius, protecting the mummies.

9. The pyramid had an invisible door

It is believed that the pyramid once had a swivel door that weighed up to 20 tons. One could only push open the door from the inside and was not detectable from the outside.

The doors were so heavy that the opening mechanism was only discovered when the Great Pyramid was being studied by scientists.

They realized that they were two hue swivel doors. The Egyptian’s ability to balance the 20-tonne doors to order to create this effect has remained a mystery to date.

10. Heavy stones were used in the construction of the pyramid 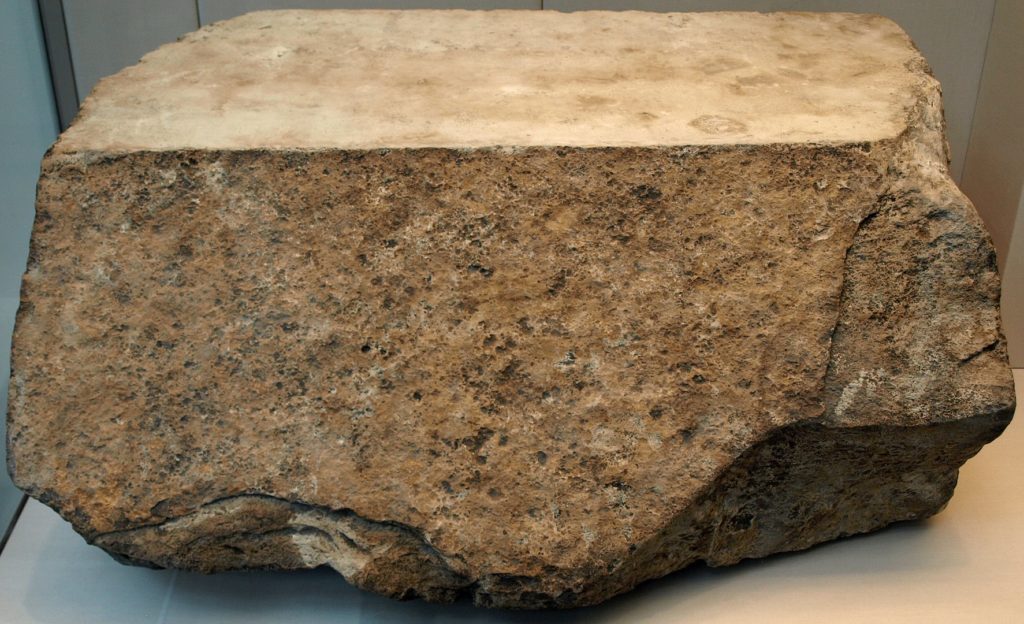 Historians believe that the Giza pyramids were constructed using more than two million stones ranging from 2 tons to 50 tons.

It is still unknown how they transported and lifted the stones during construction.

The pyramids stood at about 203 steps and each of the stones had been placed with impressive preciseness and still stands strong today.

11. The Pyramids of Giza has a Queen’s Chamber

The name of Queen’s Chamber is actually a placeholder. Archeologists at the time gave it that name since they assumed only the pharaoh’s queen could share his pyramid. However, Egyptologists admit there’s no evidence for such an assumption. Much like the King’s Chamber, the Queen’s Chamber is completely empty.

The Queen’s Chamber measures about 6 meters wide from north to south, and 5 meters from east to west. It also has a pointed roof, standing about 6 meters high at its highest point. 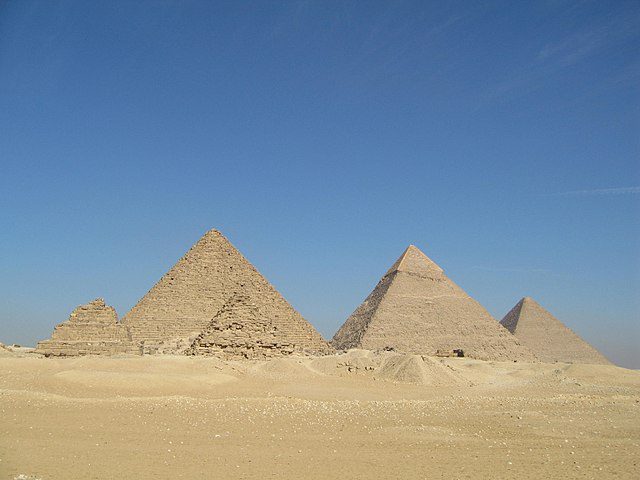 Construction on the Pyramids of Giza started in 2580 BC. A lot of time and effort was required to build these pyramids, each one averaging about two centuries.

About 138 pyramids were built in ancient Egypt and the amount spent on their construction is not only the phenomenal thing but also the amount of thought that went into their positioning in relation to the stars.

13. At its completion, the Pyramids of Giza was the tallest building in the world

According to records, the Pyramids of Giza originally rose to a height of 146.7 meters, which is almost 10 meters taller than it is today.

14.  2.5 million blocks of stone make up the Pyramid of Giza 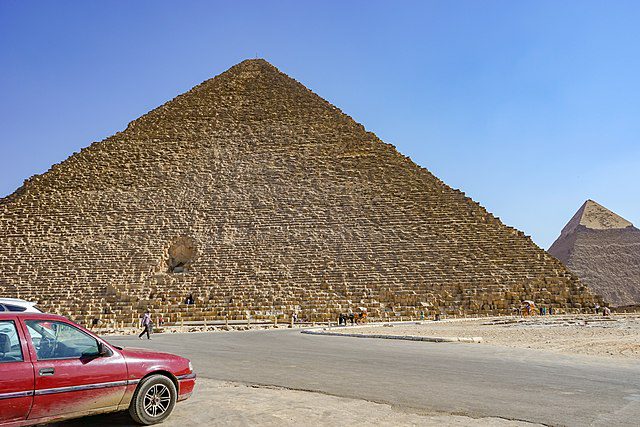 The Egyptian monument comprises up to 2.5 million blocks of stones, some of which are massive, especially the pink granite in the King’s Chamber, a room near the top of the pyramid that houses a red granite sarcophagus.

The stones for this chamber weighed between 25 and 80 tonnes and were brought roughly 500 miles to the site of the pyramids. Estimates for the number of materials used are 5 million tonnes of limestone and 8,000 tonnes of granite.

15. The pyramid laborers also had their own tombs near the Pyramids of Giza

While these tombs were not as elaborate as those of royalty, these workers resting places also had tombs in solid buildings made from brick.

Scientists consider this as evidence that the workers who built the pyramids were, in fact, not slaves, but paid laborers respected for their skills and hard work. 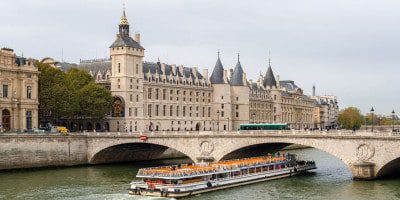 Do I need a private tour to visit Paris? 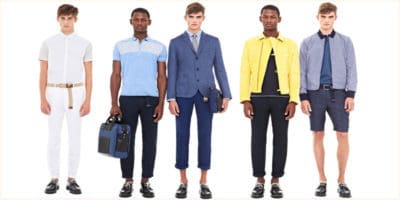 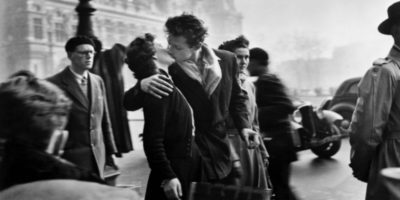 Romantic things to do in Paris