Edinburgh – Activities & Things to do, London 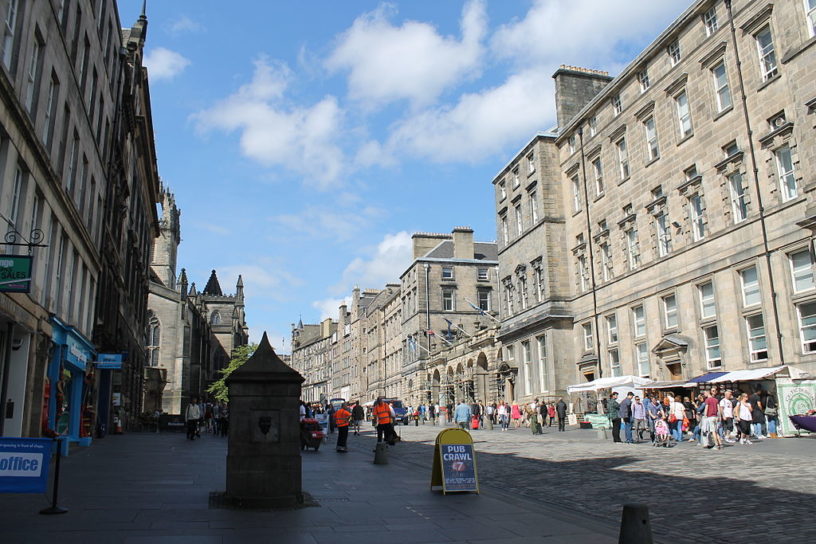 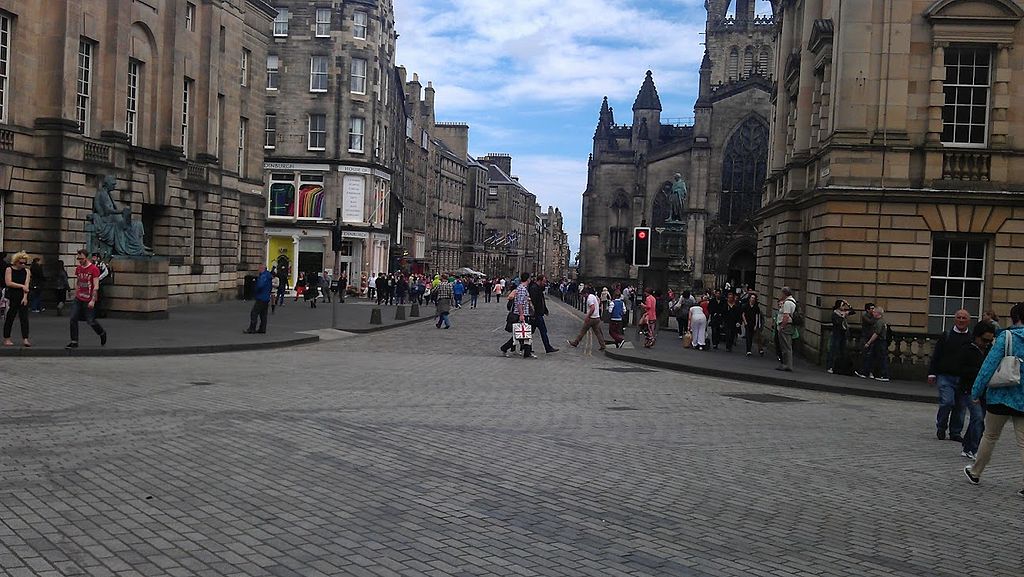 Almost all visitors to Edinburgh have undoubtedly stopped by the Royal Mile. The city centre is traversed by this lengthy network of streets that stretches from the Edinburgh Castle to Holyrood Palace, and it is essentially difficult to avoid. Although this is an ancient Scots mile, which is a little bit longer than the mile you’re used to, it does actually run the full mile. (I’ll include that maybe obscure fact without charging you.)

Given that it’s claimed to be Edinburgh’s oldest street, you might assume that it has long since lost all of its mysteries. There are many things about the Royal Mile that you probably didn’t know about.

Without further ado, here are 10 facts about Edinburgh’s Royal Mile that you probably didn’t know.

1. On top of a volcano, The Royal Mile is essentially constructed 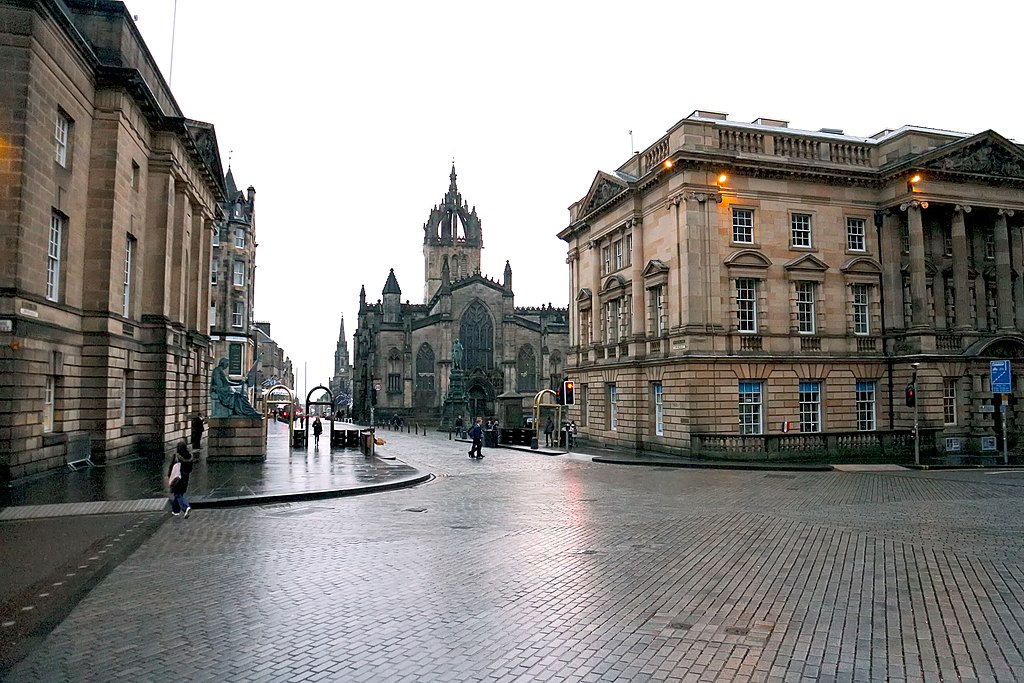 Edinburgh Castle is located on a rocky hillside that was once a volcano. A volcanic plug, at least. You might be wondering what a volcanic plug is. (I am aware that you are asking since I had to check Wikipedia before continuing.)

Simply put, it’s what happens when the magma inside a volcano begins to harden and “plugs” the volcano. Therefore, it is exactly as it sounds. The volcanic rock makes up the last portion of the Mile. Some of the ground was eroded when a glacier traversed the region. A glacier, however, cannot obliterate volcanic rock because it is so hard. It gets left behind as softer material is destroyed, leaving a protruding rocky portion.

2. Only recently, in a blatant attempt to draw more visitors, was St. Giles’ Cathedral designated as a cathedral 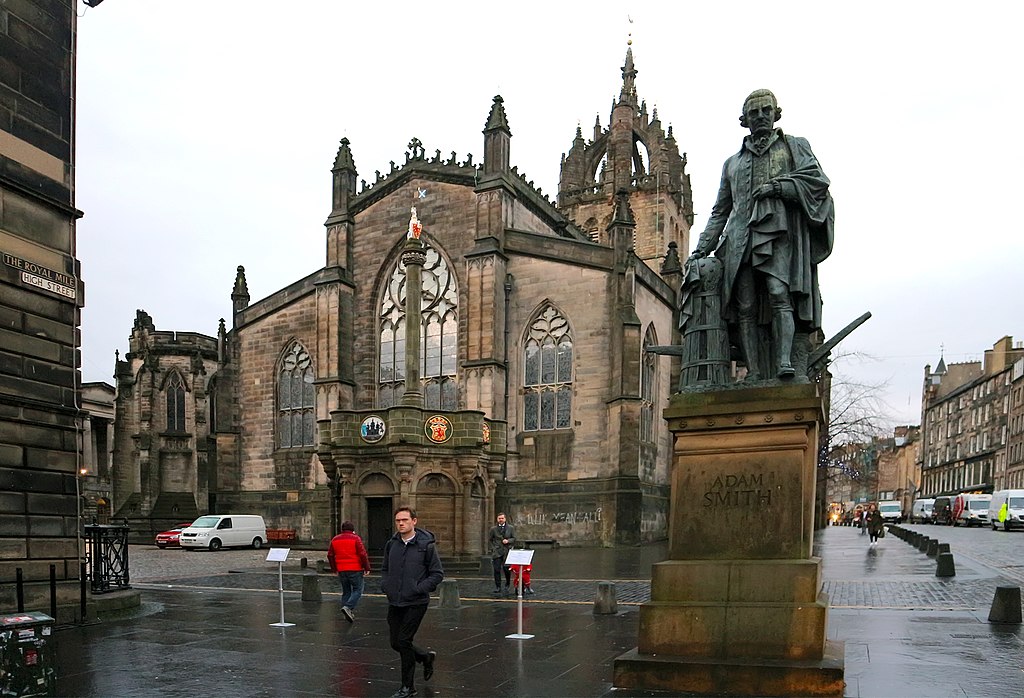 Edinburgh Castle is located on a rocky hillside that was once a volcano. A volcanic plug, at least.

You might assume that something’s status as a cathedral signifies that it has been significant for many years, is incredibly beautiful, and is unquestionably something you should see if you’re in the area. (Or not; this is merely a recommendation.)

They actually WANT you to think that when you think of the cathedrals in Edinburgh. In an egregious effort to draw in more visitors, St. Giles’ Cathedral has just recently been referred to as a “cathedral.”

3. The cute, winding “close,” which branch off the Royal Mile, used to be some of the filthiest streets in the city 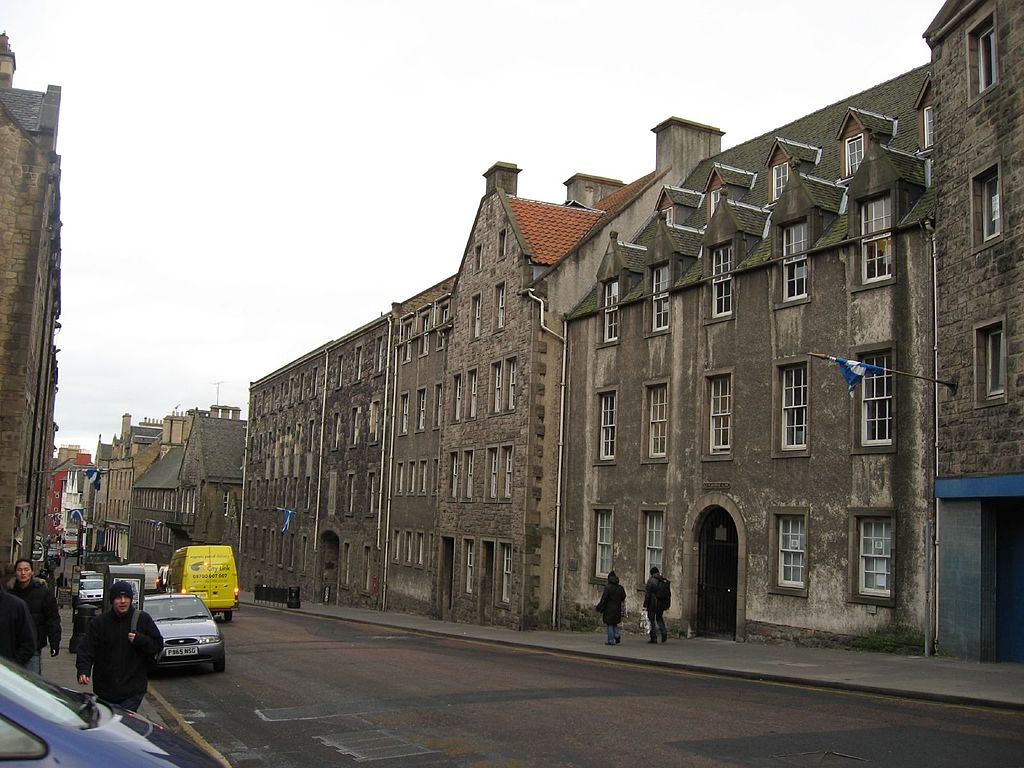 The Royal Mile by Mike Murry from Wikimedia Commons

Yes, those charming streets that tourists now adore in Edinburgh were once places you most definitely DID NOT want to tread. That’s because everyone who lived there would empty buckets of trash from their homes onto the street below.

If you were a pedestrian, you might have had the unfortunate experience of having a toilet’s contents spill onto your head while you were out for a walk and already ankle-deep in sewage.

People began chanting “gardy-loo” when they threw out their trash because of this. This is yet another mispronunciation, similar to “church” becoming “kirk.” This time, the phrase is in French and means “look out for the water” (only of course, much more than water was tipped out the windows).

4. The charming bar Deacon Brodie’s is named after the real-life model for the Jekyll and Hyde character 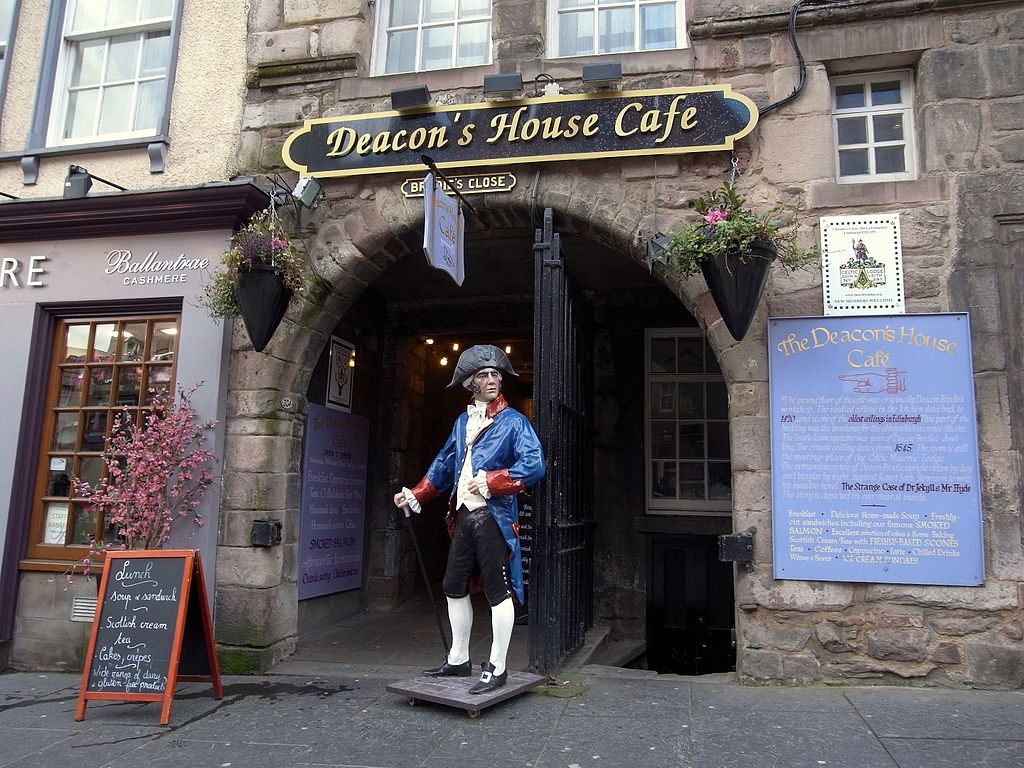 This bar has four qualities that make it tempting to tourists who want to take pictures: It has a very cool pub sign, is starkly black and white, has a lot of colourful flowers hanging from the walls, and has three extra-British red telephone boxes outside.

Despite its attractive exterior, it is named after one of Edinburgh’s most notorious figures. William Brodie served as the engineering guild’s deacon. He was a respectable individual by day (much like Dr Jekyll), but at night he revealed his wild side and drank, gambled, and had a large number of mistresses (hello, Mr Hyde!).

Making duplicates of rich people’s keys and entering their homes while they weren’t there was one cunning strategy that Brodie used for robbing the rich.

5. On a specific section of the Royal Mile, it is acceptable to spit 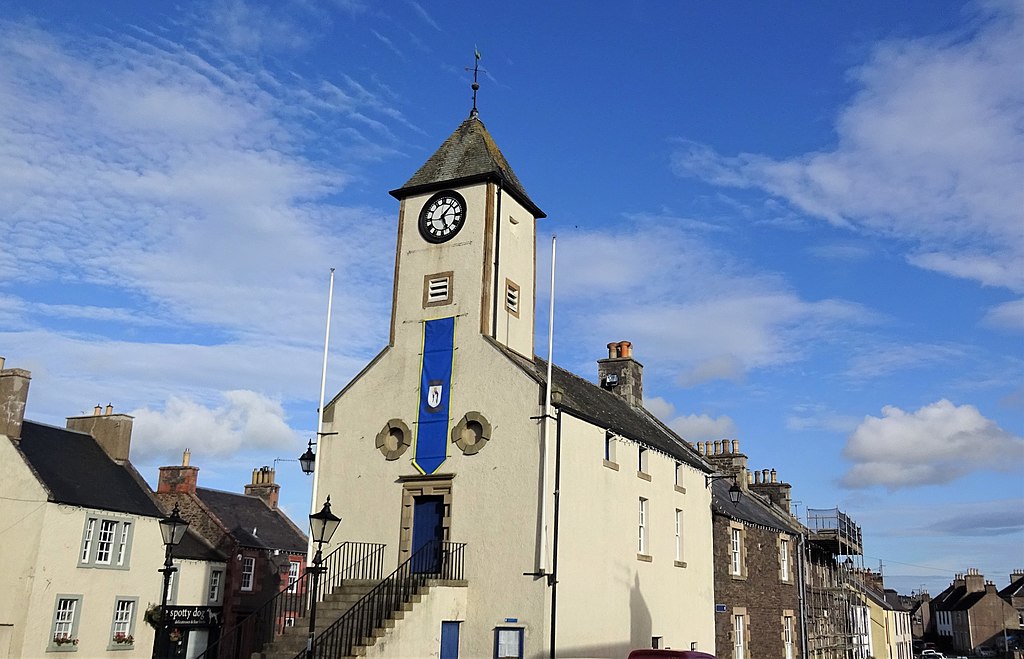 The old Lauder tolbooth by Rosser1954 from Wikimedia Commons

You might spot a heart engraved into the cobblestone streets as you ascend the Royal Mile. You may say, “Ooh, how cute,” but “What a shame someone spits all over it.”

The Old Tolbooth from the fifteenth century was located at this location, which is known as the Heart of Midlothian. This used to be the location of the administrative office, the jail, and the public execution site (so a nice and happy history, then).

Criminals would make sure to leave their mark on the location by spitting on the door as soon as they were freed from prison. People spit on it nowadays for good luck, and doing so won’t get you into problems with the law.

6. If you’re lucky, a statue of a horse that seems like it’s urinating will be seen

The design of Parliament Square is in the majestic Romanesque style. The largest statue at this location is a 17th-century sculpture of Charles II on a horse that was modelled after Marcus Aurelius. It must be stated, a rather obese horse.

This is so that water won’t leak out of the statue since the horse’s belly acts as a vacuum. There is a flaw in it and it doesn’t always work. If you’re lucky, the horse will appear to be urinating after a particularly heavy downpour.

Naturally, affluent individuals like the Women’s Guild have complained throughout the years, but the official response is that since this is a royal statue, they won’t be touching it.

7. The phrase “get off scot-free” originated from a schoolboy shooting incident on the Royal Mile 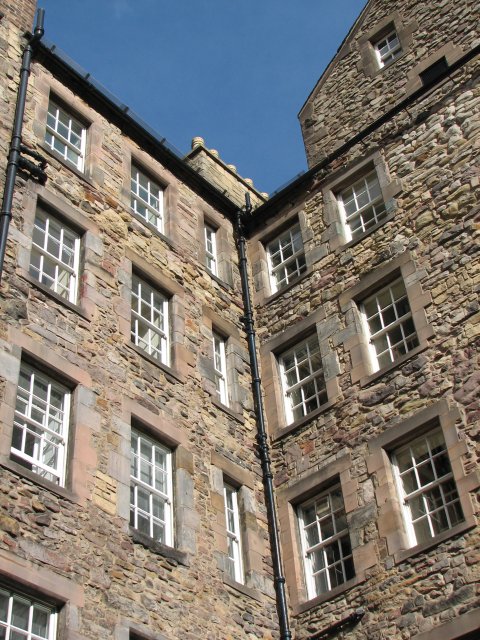 Off the Royal Mile, Riddle’s Court comprises an inner and an exterior courtyard. These areas were in great demand since they offered far nicer living conditions than the cramped confines. Schoolboys made up some of the fortunate locals.

There was a public holiday one day. Everyone received a day off from work, with the exception of the schoolboys, who were understandably a little miffed by this news.

They locked themselves in their rooms and stood their ground, refusing to leave. The militia was called in because things had gotten out of control. One of the students fired a rifle out the window as they drew near, killing a soldier. However, because he was a lord’s nephew and not just any schoolboy, it was kept a secret.

8. On the Royal Mile, beneath a parking lot, is a grave for one of Scotland’s luminaries

Archaeologists occasionally unearth a well-known body buried deep beneath a metropolis in a parking lot or random street. Additionally, they frequently stop what they are doing to dig up the body.

In Edinburgh, no. John Knox, a well-known Scottish reformer, is interred directly beneath parking space #23 in Parliament Square. There is a tiny gold plaque to mark the occasion.

Unsurprisingly, an automobile frequently blocks this spot. In order to explain what is outside the parking area, which is visible even while a car is parked there, a second plaque has been installed.

9. Previously, the lower portion of the Royal Mile was considered to be the World’s End due to its extreme danger

You’ll start moving in the direction of what was once thought of as the World’s End as you continue to descend the Royal Mile.

This was the neighbourhood beyond the city wall, also known as Flodden’s Wall, which was a haven for thieves and other undesirable characters that you didn’t want to run into at night. On the other side of this dubious area lay the Holyrood Palace. Holyrood was abandoned for a considerable amount of time beginning in the early 16th century, so they didn’t construct the palace on purpose in an area that was “up and rising,” as we might optimistically describe it now.

10. Despite the fact that William Wallace, a.k.a. Braveheart, most likely never ever visited Edinburgh, there is a statue of him near the entrance of Edinburgh Castle 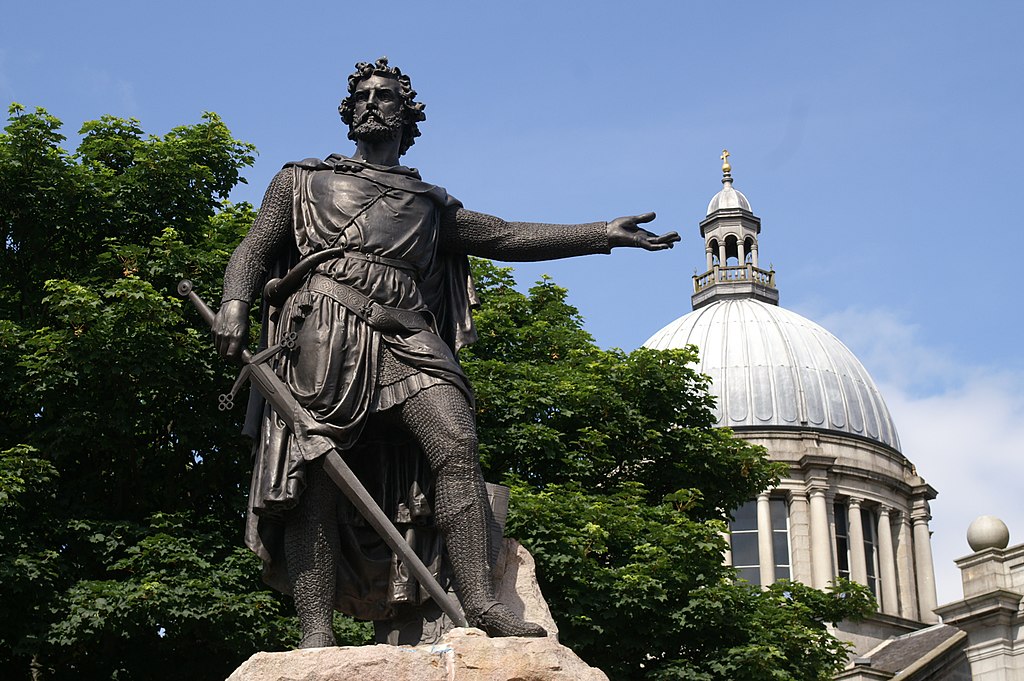 I’m joking, of course; this has nothing to do with the historically incorrect film. It’s because the Victorians decided to redesign the entryway to Edinburgh Castle on their own. They added sculptures of William Wallace and Robert the Bruce because they were huge statue aficionados.

Even though William Wallace had probably never visited Edinburgh in his entire life, it didn’t seem to matter to them. When you have shiny sculptures, who needs history?

If you happen to take a stroll through these streets then make sure you have this article open and tick off everything you’d have seen on this list and let us know.