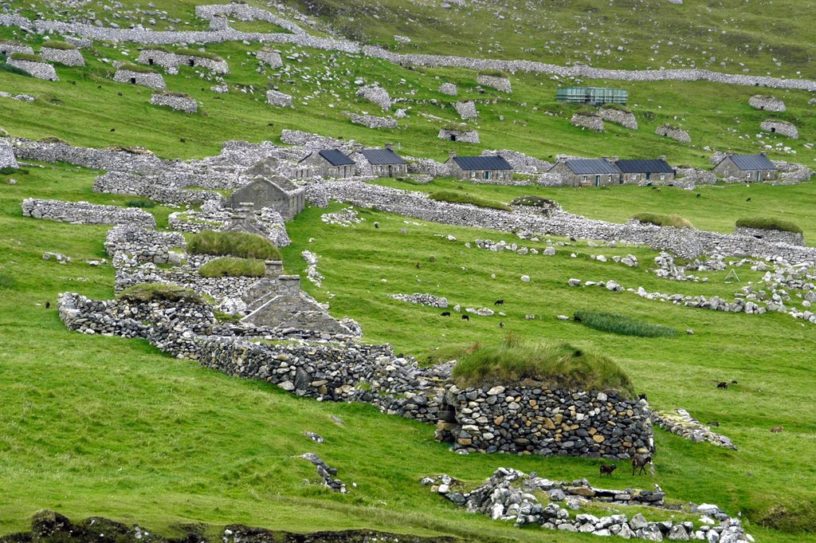 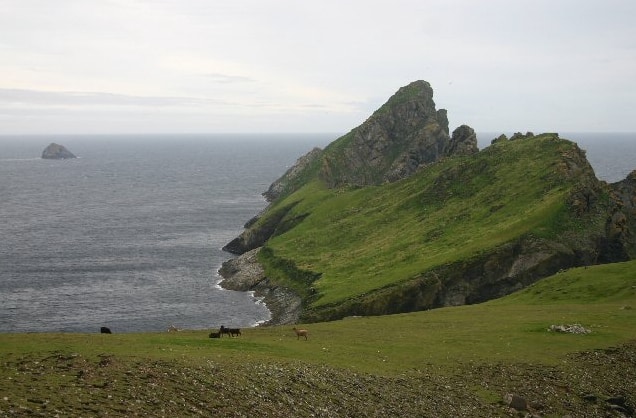 St Kilda is a remote archipelago located 40 miles northwest of North Uist. It forms part of the westernmost islands of the Outer Hebrides of Scotland.

Its largest island is Hirta. This island has the highest sea cliffs in the United Kingdom. Dùn, Soay and Boreray islands were used for grazing and seabird hunting.

These islands form a part of the Comhairle nan Eilean Siar local authority area. This archipelago is listed in the UNESCO World Heritage Site in 1986, for its natural beauty and rich culture.

If you happen to visit the National Records of Scotland, you will find rich information on the history of the island.

This island is one of the few in the world to be listed twice under UNESCO. Although there is no saint known as St. Kilda, the island got its name in the 16th century. It is believed that it was the mispronunciation of the skildar, a word meaning shield.

Here are more facts about the island.

1. The inhabitants of the island had an interesting diet 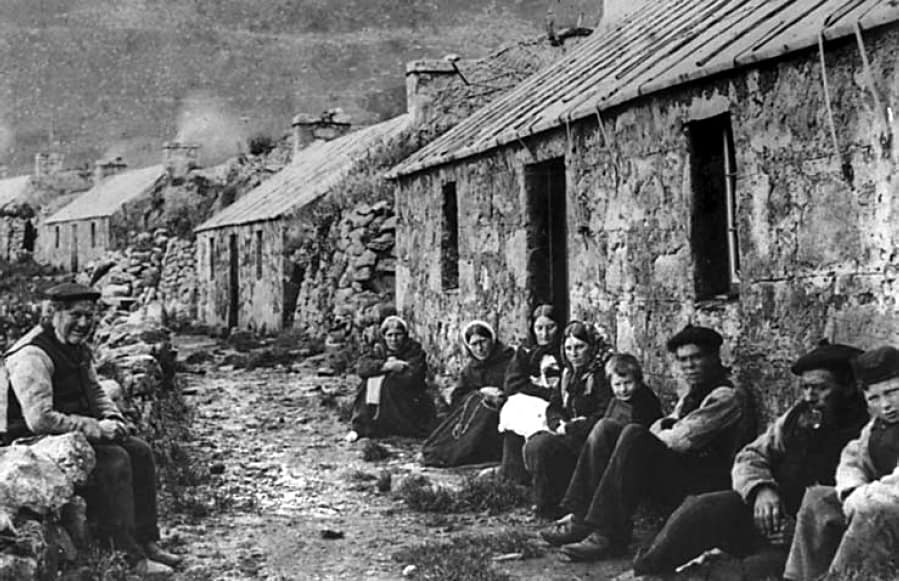 The people that lived on this island had a unique diet. They were animal farmers who kept sheep and cattle.

They also grew barley and potatoes in the part of the island that drained well. The island was one huge mixed farm. Fishing was not commonly practised because of the rough seas and bad weather.

Cheeses were made from sheep’s milk. They also ate sea birds as well as their eggs. Adult puffins were also caught by the use of fowling rods.

2. The Vikings visited the Island

The islands are a host of several archaeological findings. There is enough evidence that shows the existence of the Bronze Age.

It is believed that the Vikings regularly visited the islands for more than 2,000 years.

Most of the islanders lived in village Bay and Gleann Mor. Most of them are deserted now and the land has turned into grassland.

The two settlements on the island owned by the Macleods were constructed between 1836 and 1865.

3. It is home to several bird species 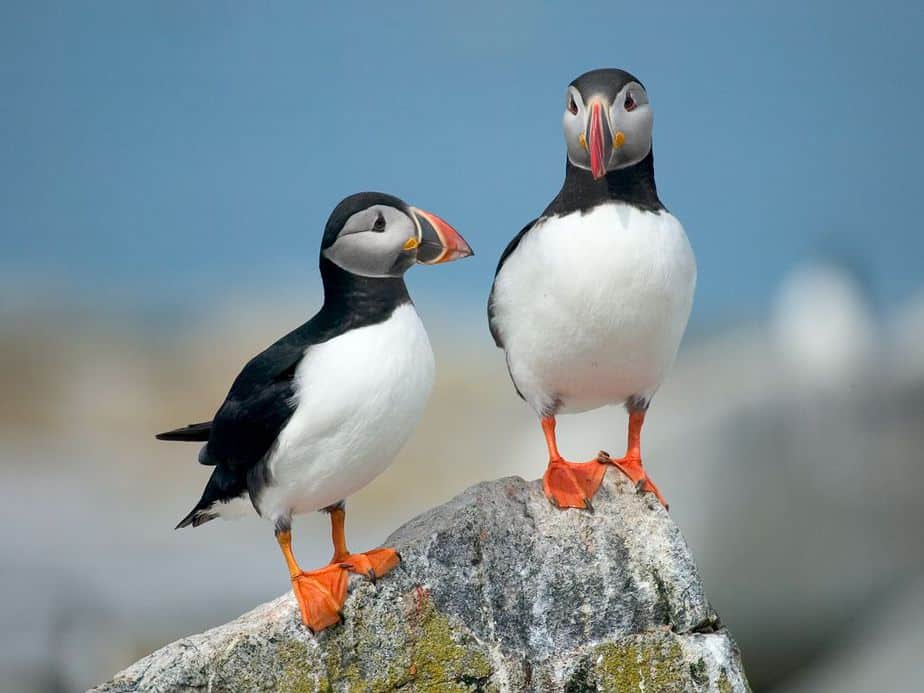 This island boasts of over one million seabirds. The number goes higher during the breeding season.

St Kilda is home to the largest seabird colony in the northeast Atlantic. It is a bird sanctuary in terms of diversity and size.

The varied complex and ecological niches of the island makes it the best breeding ground. It is also what makes this island unique.

Some of the bird species on the island, the Northern Gannet, Atlantic Puffin and Northern Fulmar, have the highest population.

These birds are not people-shy. Some fly or stand close to hikers, they will however not hesitate to attack if one goes close to their nests.

4. Stone buildings on the Island are from the Stone Age 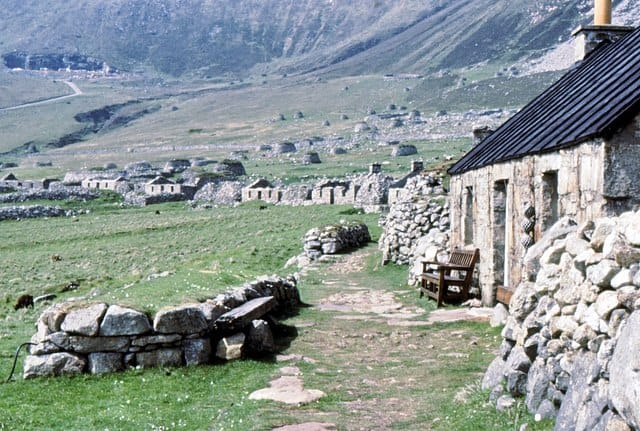 Stone buildings on the island are believed to date back to the Iron Age.

Archaeologists discovered the steep slopes on the island to be terraced land used for cultivation. They were also able to find seeds on the terraces.

It is surprising how humans were able to adapt to life on the island. Houses on the island consisted of two corbelled rectilinear or convex long walls that face each other symmetrically.

The stones that supported the walls had a slanting face that was believed to be either natural or man-made.

5. The Island is a natural beauty

This island has managed to maintain its natural beauty over the years, despite the presence of human settlement.

This island boasts of some of the highest cliffs in Europe. The cliffs act as homes to the rare bird species that live on the island.

Some of the birds that nest on the cliffs are endangered like the Puffins and gannets.

The geology, sea cliffs, sea caves, reefs, and submarine life of the island plays an important role in Scotland. Its landscape is dotted with traditional buildings.

Several rock climbers have been drawn to the island cliffs. Recreational rock climbing is believed to have started in the 17th century.

This archipelago has some of the most remarkable sea cliffs on the British Isles. The island is raw with beauty and provides the most lavish landscape in the entire region.

Hirta island, especially Village Bay which is a small settlement, is surrounded by high hills.

The whole north face of Conachair has a vertical cliff of up to 1,401 feet high. This cliff is one of the highest in the UK.

7. It has been inhabited for more than two millennia

This island has continuously been inhabited for more than one millennium. It has been home to humans from the Bronze Age to the 20th century.

Archaeologists have been able to find shards of pottery that are believed to be of the Hebridean ware style.

They also found quarry tools at Village Bay, along with other stone hoe-blades, grinders and Skaill knives.

It is believed that the tools found were of Neolithic origin. These findings show that Village Bay was one of the heavily populated areas on the island.

8. The first record of St. Kilda was in the 13th century 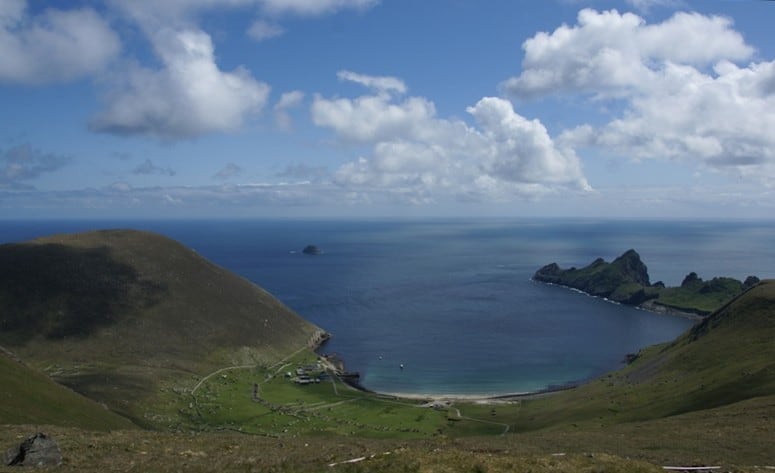 The first written record of St Kilda dates back to 1202. It was recorded by a cleric who stayed briefly in one of the shelters there.

Early explorers reported having found brooches, an iron sword and Danish coins. There is however no evidence of the presence of the Vikings.

There is evidence that the people that lived on the island were not well off and were deeply religious. These people adopted to the harsh so they depended on natural things like birds and their eggs to stay alive.

Since the island is in a remote location, not many people visited every day. During the 18th century, several people lost their lives to cholera and smallpox.

The number of those that survived was low that more of them were brought in from Harrs. In 1758, the population grew to 88 people and by the end of the century, there were over 100 people.

Some of the islanders moved to Australia using a ship.

The emigration was in part a response to the laird’s closure of the church and manse for several years during the Disruption that created the Free Church of Scotland.

10. The islanders were religious

Christianity was spread in this region by a man known as Alexander Buchan in 1705.

He lived on the island for a period of 7 years. During his stay, he was unable to convince the islanders to join his organized s region.

A few years later, another missionary landed on the island I822 and had greatly impacted the lives of the islanders. Rev. John MacDonald preached 13 times a day.

When he was leaving the island, there were lots of tears since the islanders had grown fond of him. Rev. Neil Mackenzie replaced him and introduced formal education and agriculture.