Top 10 facts about the Avenue of the Baobabs, Madagascar 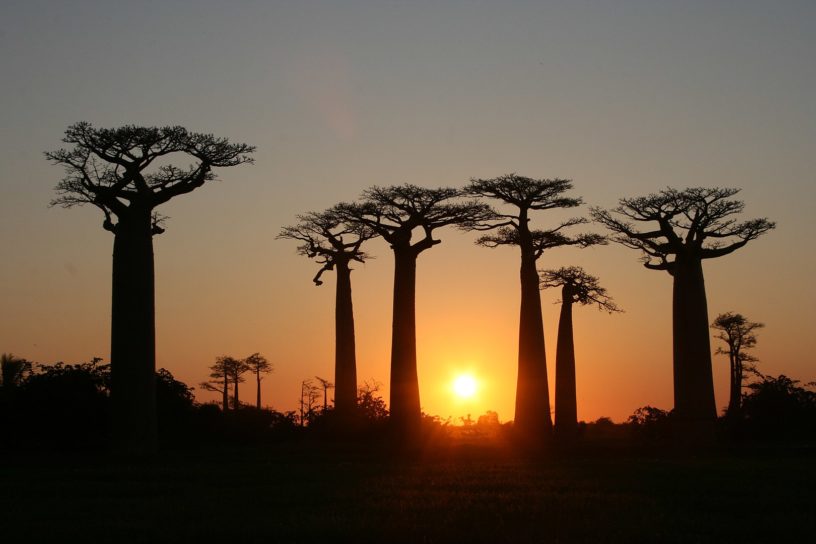 Top 10 facts about the Avenue of the Baobabs, Madagascar

Madagascar is an Africa Island in the southeastern region of the African continent. It is home to 27 million people who speak Malagasy and French.

The country is home to several landmarks and national monuments that attract tourists from all over the world.

One of the most popular landmarks in this country is the Avenue of the Baobabs, also known as the Alley of the Baobabs. This avenue is made up of gigantic trees that are thousands of years old.

Located in the western part of the country, the Avenue of the Baobab is along a dirt road linking Morondava and Belo Tsiribihina.

There are dozens of ancient baobab trees lining the road. These trees are about 150 feet tall.

The baobabs were once part of a dense forest that was destroyed after humans encroached it.

It is for this reason that the area has been named as the first official national natural monument and is under constant preservation.

Locals here have myths explaining the upside-down look of these baobab trees.

They believe the devil ripped them off the ground then planted them backwards, hence the canopies resembling roots.

This is one place you cannot miss visiting while in Madagascar.

There is more to learn about these gigantic trees in the top 10 facts about the Avenue of the Baobabs in Madagascar.

1. The Avenue of Baobabs is a national monument 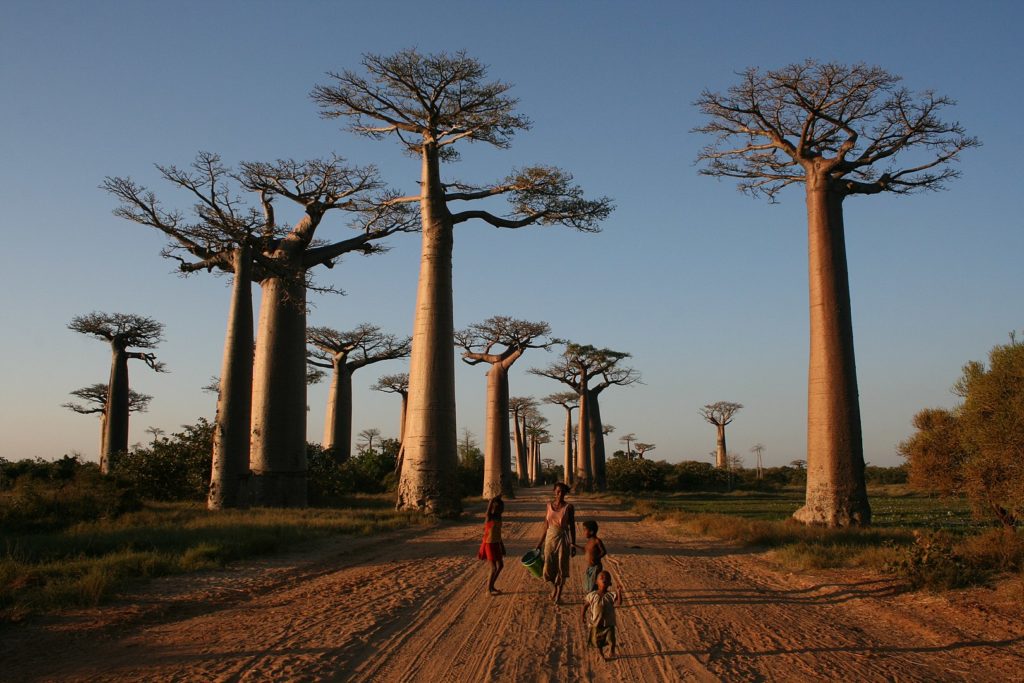 The location of the Avenue of the Baobabs is a natural monument. It is under conservation by private environment organizations in collaboration with the government.

The Malagasy government named this national monument in 2015. This move was after the trees were endangered by deforestation, paddy fields and forest fires.

As a popular tourist location in western Madagascar, the area is remote and is not fenced.

There is also no visitor’s centre or an entrance fee, therefore very little is made through tourism from this landmark.

The local community living around this monument sell miniature baobab souvenirs and other handicrafts to tourists.

2. The Avenue of Baobabs is locally known as the mother of forests

The baobab trees are locally known as renala, meaning the mother of the forest. The trees have grown in Madagascar for more than 2,800 years.

These trees form part of the once dense tropical forests that covered most of Madagascar.

As the population grew, there was a need for more land leading to the clearing of the forests. People used the land for agriculture and used wood to build homes and furniture.

It is estimated that about 9,200 acres of forest land disappear annually through illegal logging and intentional forest fires.

Several of the people living close to the Avenue of the Baobabs cleared the forest land to farm.

3. The road along the Avenue of Baobabs is busy

Since the location of this national monument is not secluded, you will meet with several locals going about their daily activities along the way.

Baobab Alley is not just a tourist attraction but also one of the main roads used every day by the locals.

There are hardly any tourists on this road during the day and early morning. The locals here use zebu carts to carry goods since it is a dirt road. They are friendly to visitors.

4. The Avenue of the Baobabs is not as long as one may think

The Avenue of the Baobabs is only about 260m long. There are also about 25 trees standing about 30 tall. This is not the only place to admire these tall gigantic trees, there is another location close by with different baobab species.

5. The Avenue of Baobabs is made up of different species 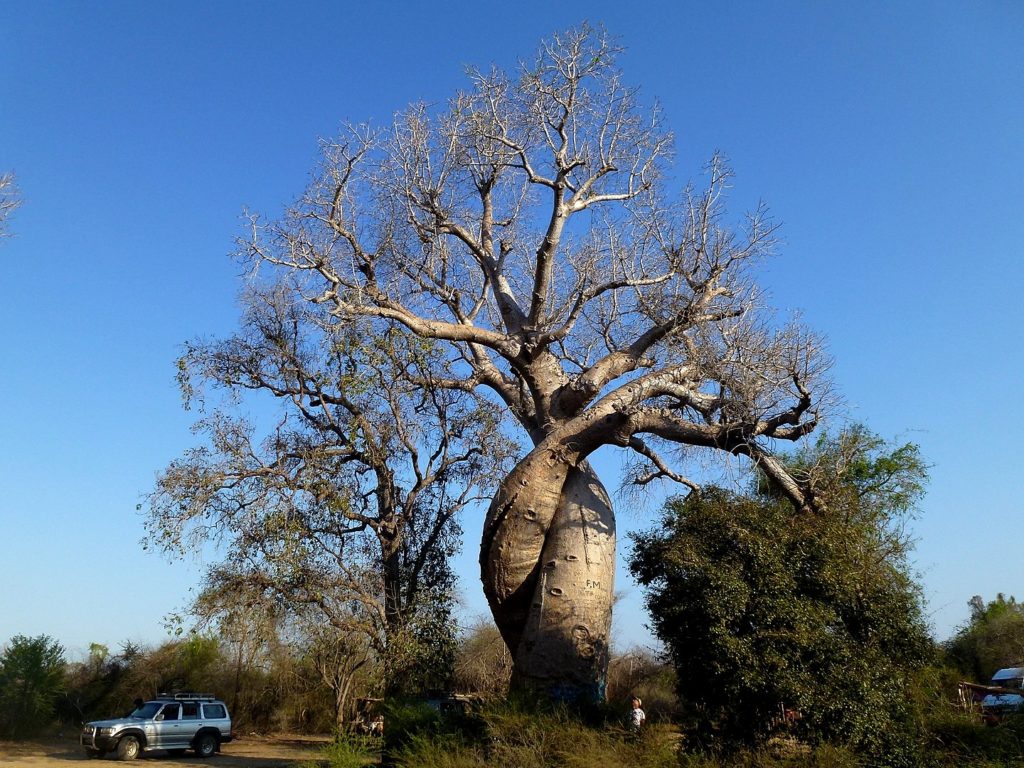 About 4 miles from the Avenue of the Baobabs is another group of mammoth baobabs worth your time.

It is one of the most common species of baobab trees found in Madagascar.

Local legend tells that it is a sign of deep love between a man and a woman from a nearby village. They could not marry since they arranged marriage from different villages.

The couple prayed for a lifetime together and the two baobabs grew as a forever show of their eternal love.

6. Sunset at the Avenue of Baobabs is epic 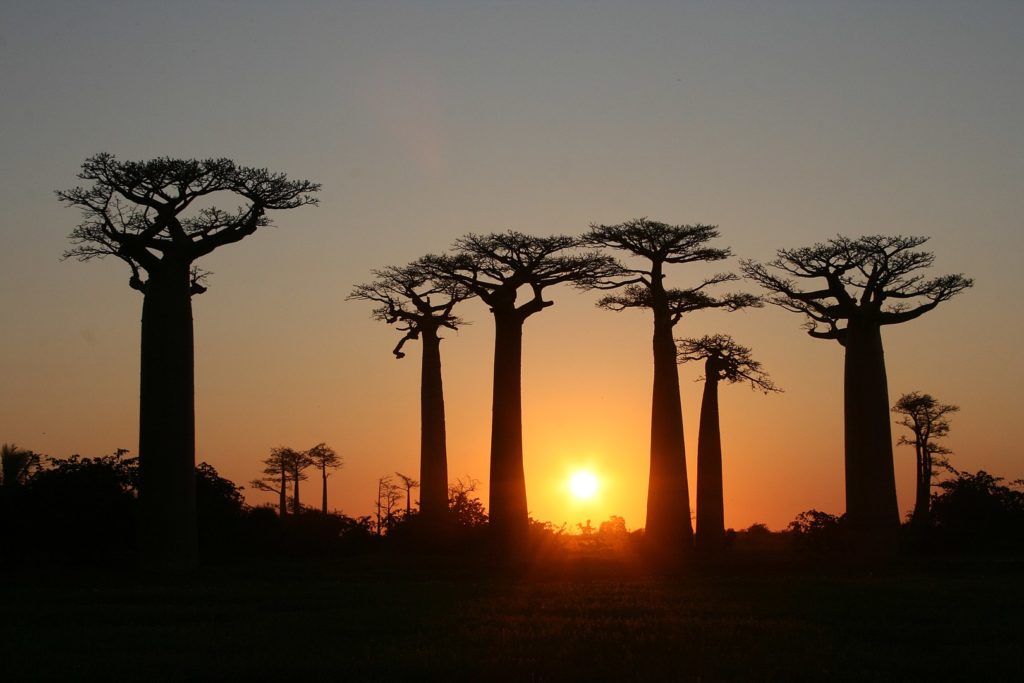 One popular activity at the Avenue of the Baobabs is photography. Locals and tourists love it here because of the epic shots they get at sunrise and sunset.

Early morning photography is a mix of foggy rays and clear horizons. There are usually few people here early morning compared to the evening.

The long shadows of the trunks and changing colours of the sky at twilight is nothing short of magical.

Sunrise photography will require one to arrive early since the place can only be accessed by a car.

7. The Baobab trees have multiple benefits 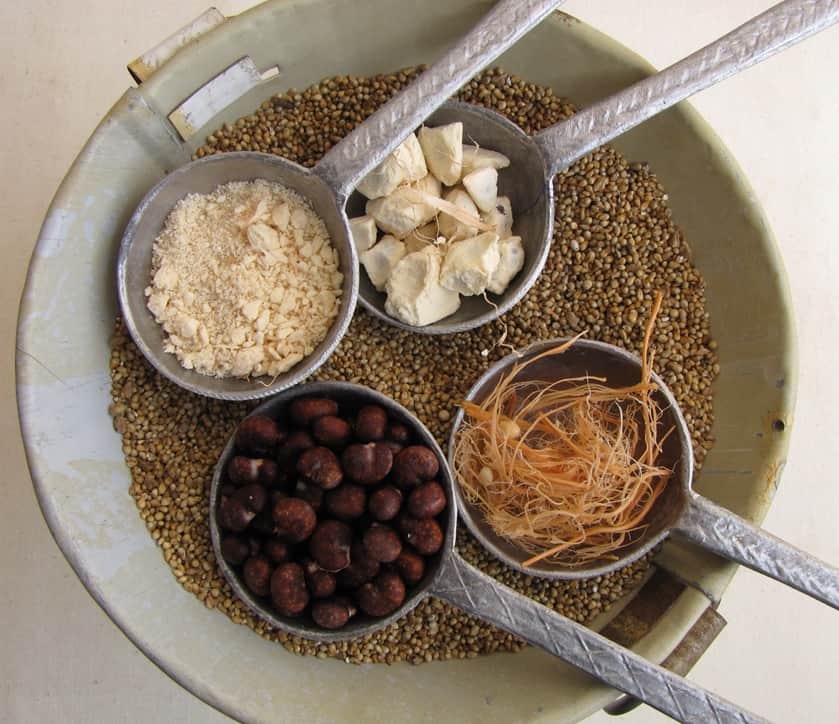 Some of the baobabs found here are more than 800 years old. Unfortunately, most of them have been greatly affected by climate change and are few.

Baobab trees have been used for several purposes by the locals is not only in Madagascar but in continental Africa.

There is baobab powder that is considered to be medicinal and rich in calcium, hence good for the bones.

The baobab seeds are also eaten as snacks, they are savoury and require one to suck on them, too much of it will leave you with a sore mouth.

Another use for the fruits is to make a popular summer drink. Try them on your next visit.

8. The only way to access the Avenue of the Baobabs is by hiring a taxi

The Avenue of the Baobabs is located in a remote area. Therefore, the only way to access it is by hiring a taxi since there are no public buses that ply that route.

Another reason why there are not many cars on this road is that it is bumpy and requires experienced drivers.

9. The Baobabs on this Avenue are unique to Madagascar 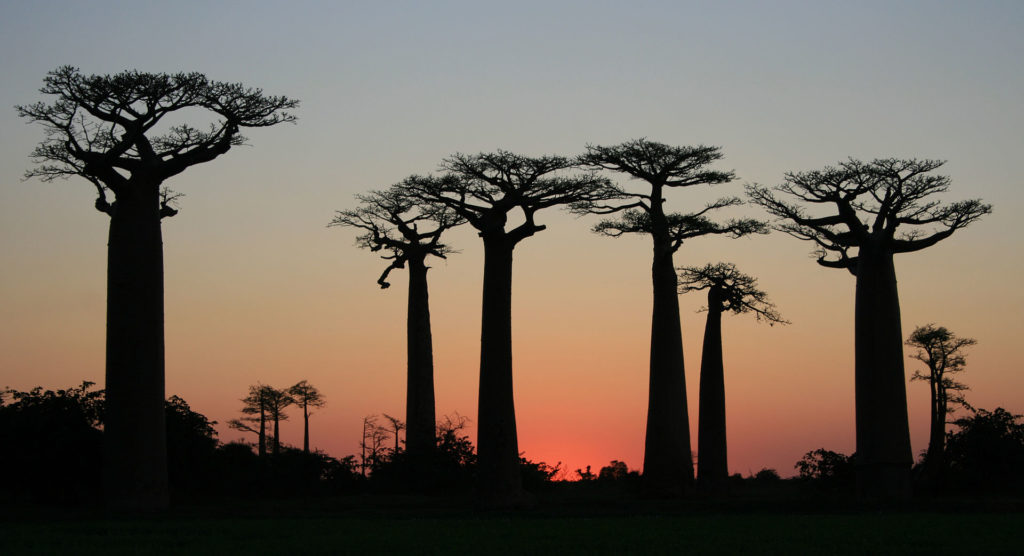 The baobab species found in the Avenue of the Baobabs are known as the Adansonia Grandidier baobabs. These are one of the eight species found around the world.

Six out of the eight species are prevalent in Madagascar. These trees have red tones that match the dusty road.

The colours are even more vibrant during sunset. They are so beautiful they leave a lasting impression.

10. There is a local legend on how the trees were formed

When Arab seafarers first arrived in Madagascar, they were amazed by the shape and size of the baobab trees.

These trees are about 150 feet tall and their canopies resemble roots.