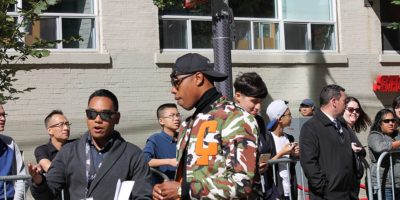 The famous Canadian singer and songwriter were born on  August 28th, 1965. She was raised in Timmins, Ontario. Shania pursued singing and songwriting from a young age as a career.

She has sold over 100 million records, making her the best-selling female artist in country music. She has gained several honorific titles through her success. She was named the leader of the ’90s country-pop crossover stars.

She rose to fame in 1995 after her second studio album, The Woman In Me. The album sold 20 million copies worldwide and earned her a Grammy Award.

Her third album come on over became her best-selling studio album, it sold 40 million copies worldwide. Twain currently holds a status card and is on the official band membership.

She was offered a recording contract in Nashville in 1991. At the age of 13, she was invited to perform on the CBC’s Tommy Hunter Show.

At the time she was attending Timmins High and Vocational School she was also a singer for a local band called Longshot. She spent some time working with her father’s reforestation business, however, the work was demanding and didn’t pay well.

1. Fame Throughout The Years 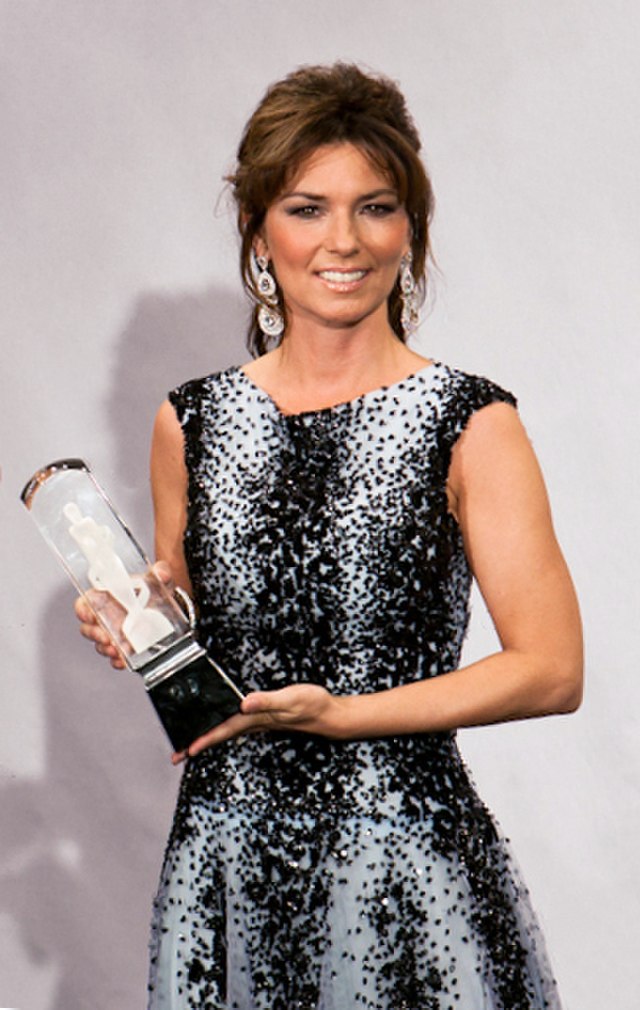 Shania was a burning star, her music was widely spread but she did not stop blessing her fans with more music, concerts, and potential.

From 1983- the present. However, in the 2000s is when her fame skyrocketed due to the introduction of social media and a bigger way for her to share her music through multiple platforms.

In 2004, she released her greatest hits album and went into a hiatus. It was later revealed that she was diagnosed with Lyme Disease and Dysphonia. This led to a severely weakened singing voice. 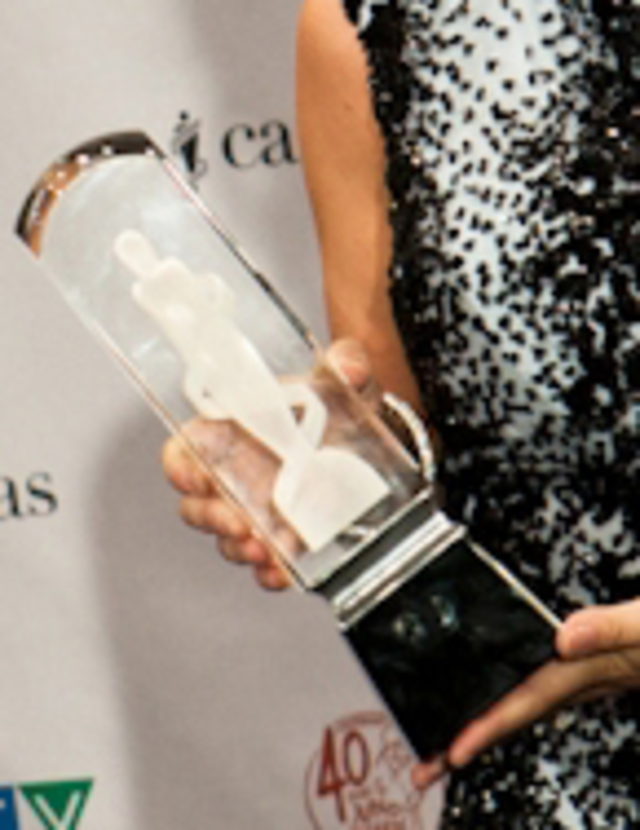 Twain has received five Grammy Awards, a World Music Award, and 27 BMI songwriter Awards. She stars on Canada’s Walk Of Fame and the Hollywood Walk Of Fame. She was inducted into the Canadian Music Hall of Fame.

She was named the 1999 Entertainer of the year by both Academy of Country Music and the Country Music Association. Shania was ranked number 7 in Country Music Television’s 40 greatest women of country music in 2002.

In 2005, she was invested as an officer in the Order Of Canada. Twain was declared the ‘Artist Of A Lifetime’ by CMT in the 2016 Artist Of The Year Ceremony.

3. Delays In Releasing Her Album

In 2009, Shania released a letter to her fans explaining the delays in the release of her latest album. Later in the same year, the spokesman for her label said her new album was nowhere in sight. 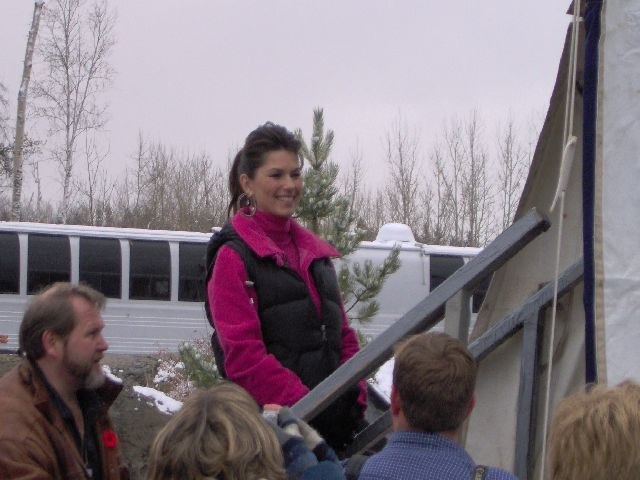 On November 12th, 2008, Shania made her first her first television appearance since her split from Lange. She appeared as a surprise presenter at the 42nd CMA Awards.

in April 2010, she announced her tv show -Why Not? With Shania Twain- it debuted on May 8th, 2011. She was a guest mentor on American Idol for a week, the top 6 contestants performed her songs.

She later appeared on the 25th season of Dancing With The Stars on October 23rd, 2017 as a guest judge. 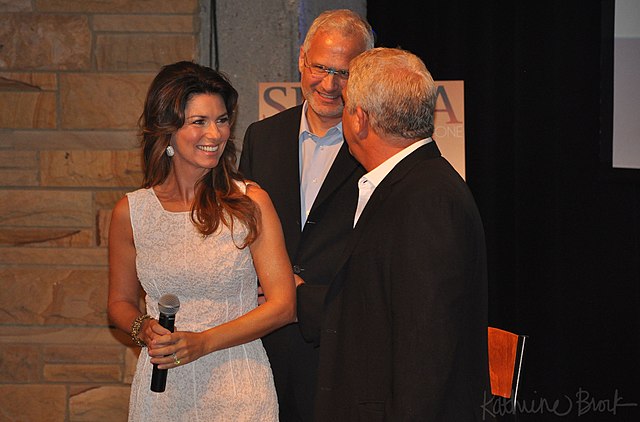 In the timeline of her career, her label cautioned her that both women and men would dislike her independence and sexual expressiveness. She did not believe them at all.

Despite all the criticisms she received, her music was still embraced by her fans. Even though her critics were still on her case, she was considered to be among the biggest music stars in the world. Shania was described as empowering and funny. 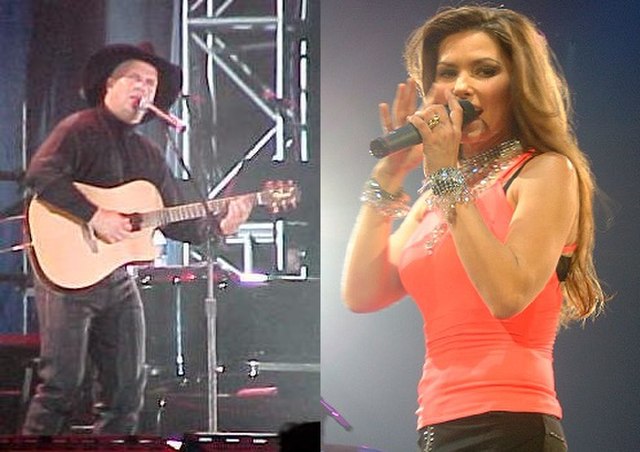 She has been named “Queen of Country Pop. Among her many titles, she has been crowned Country’s Crossover Queen, during her writing prime.

Twain was called a pop centrist and country rebel because she pioneered aesthetics. Her global success brought on many titles and influenced a generation of country artists.

Not only did she motivate many young people but also lead by example on how to be a great millionnaire through her own brand.

Twain has paved the way for other country music, some of the artists she has inspired are Tenille Arts, Brett Kissel, and Dean Brody.

In 2005, Shania partnered with Coty and she produced her namesake fragrance. She released another fragrance called ‘Shania Starlight’ in 2007.

She was part of the 2010 Winter Olympic Torch Relay where she carried the Olympic Torch. The proud Shania was a great encouragement to many young people in the world.

Their divorce was finalized on June 9th,2010. Later in the same year, she was engaged to Frederic Thiebaud. They got married on January 1st, 2011 in Rincon, Puerto Rico.

After a decade of marriage, Shania Twain and her husband Frédéric Thiébaud are still very much in love with each other.

As victims of the cruel choices of their ex-partners, the two found strength in one another. Though their love story may have taken an unusual route, it was a beautiful and awesome twisted one that one would not get bored listening to.

Twain is a vegetarian and a devotee of Sant Mat which is an eastern spiritual philosophy. She created a charity in 2010 where she designed to address the needs of neglected children who are frequently overlooked by social assistance programs.

This move was a sign that Shania is kind and loving. However, her achievements are among the top in the world.

However, her achievements in life as a songwriter from a young age is amazing.