Paris - Activities & things to do, Paris - Neighborhoods and where to stay, Paris - Walks

Best things to do in Paris Second District 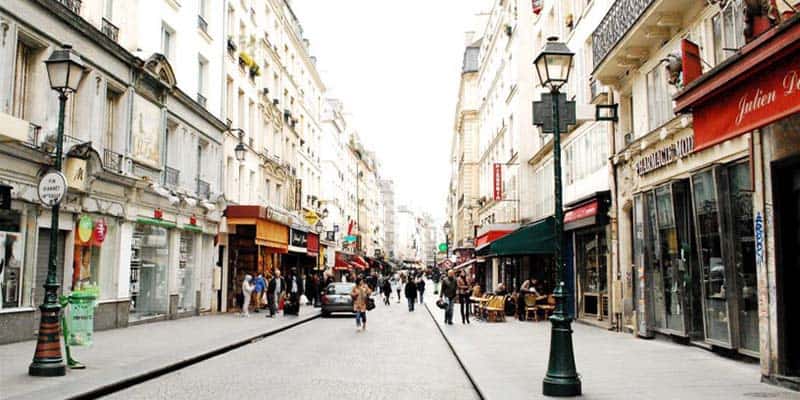 Best things to do in Paris Second district

As you may know, the city of Paris is divided into twenty different arrondissements, which are administrative districts. They are all different from one another for several reasons. Each district is special on its own way. If you’re coming to Paris, you will visit many of them for sure! Some are more touristy than others. Some are quieter than others! But all of them are definitely worth the visit.

Today I want to talk about Paris second district! Despite its central location and the fact that it is really close to the first district, it is not as touristy as one would expect it to be! In Paris second district, there are plenty of interesting streets, be it for shopping or for having a pleasant lunch! If you feel like watching a movie during your stay in Paris, you will also get to see it in one of the most stunning cinemas!

In a nutshell, if you’re looking for a different kind of experience and if you want to hang out in the same places as locals, away from the touristy and busiest places, the second district is the place to be! And if you’re wondering which are the most enjoyable districts to stay in during your stay, the second district is definitely one of them, thanks to its great location close to all Paris landmarks but also thanks to its quietness and coolness. Read on to find out all the highlights and the best things to do in Paris second district!

Have a look at Palais Brongniart 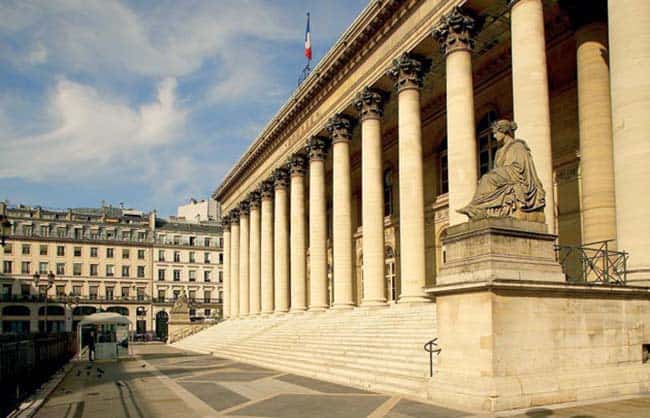 The Palais Brongniart used to be the stock exchange in Paris, it gathered all the trading activities. It was designed by the architect Alexandre Théodore Brongniart, the construction was ordered by Napoléon Bonaparte. It opened its doors in 1826. It was later classified as an historical monument, and is now a congress center and many events are organized there. From products launching, conventions to fashion shows, it is a renowned place for events in Paris! It is located at Place de la Bourse, which is pretty close to Opera Garnier! 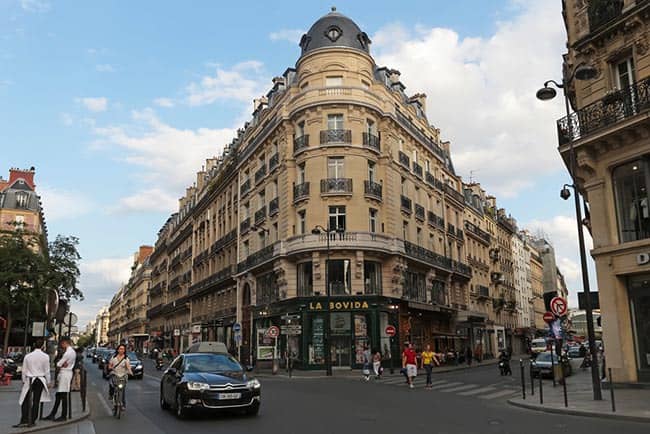 The rue Etienne Marcel is very long and has plenty of cool stores. If you’re looking for new clothes in the image of Parisian elegance, you will be delighted by the items sold in the stores of rue Etienne Marcel! Les Temps des Cerises, ba&sh, Comptoir des Cotonniers, Guess, Diesel, Replay, The Kooples, are just a few examples of the many stores you’ll find in this street! Paris second district is full of stylish people. On this street, you will often see fashionistas walking and doing their shopping. Many street style bloggers also hang out and roam around this street in search of the perfect street style photo! 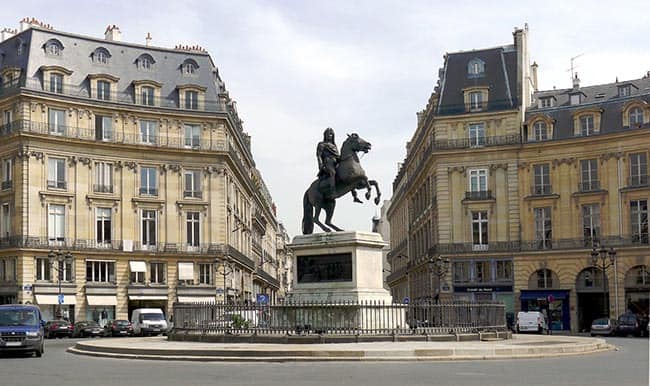 At the end of the rue Etienne Marcel, you will reach the Place des Victoires, one of Paris Hidden Gems! It is also one of the five Royal squares, among a few others that are Place des Vosges, Place Dauphine, Place Vendôme and Place de la Concorde.

If we translate it into English, it is called the “Victories square”. The curvy shapes of the beautiful “hôtels particuliers”, which are private mansions, of the 1600’s and 1700’s perfectly follow the circle of the square and remind us that we are in the powerful and rich side of Paris, that is just a few blocks away from the Louvre. This square is dedicated to the military victories of Louis the 14th, also known as the Sun-King. You will find the equestrian statue in the middle of the center that represents Louis the 14th on his horse. And if you plan on moving to Paris, note that appartments on this square are worth millions! ;) 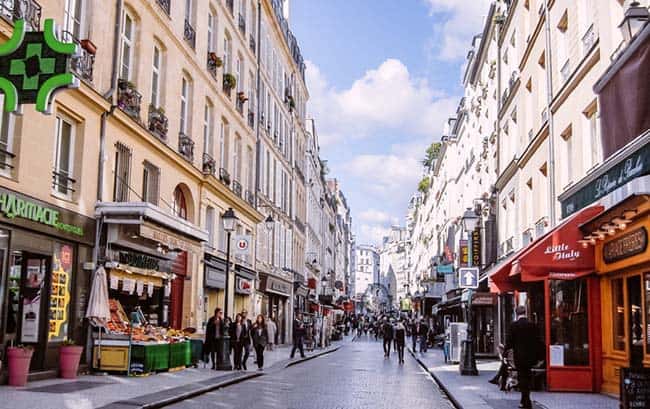 The cheese addicts, the cold cuts (charcuterie, in French) lovers, the wine experts and the baguette specialists love and buy the best food at one place, which is the rue Montorgueil! If you’re curious and believe you can learn a lot about a country’s culture through its food, you have to go to this street! When a Parisian looks for a tasty cheese or an excellent wine, he goes to rue Montorgueil. If locals buy their products there, I think you should trust them and do the same! There are only 3 or 4 streets in Paris that have this much amount of quality food stores in Paris. Rue Montorgueil is most definitely one of them! However, it is indeed impossible for every English speaker to pronounce its name, so please, do write it down. It is very central, and only a few minutes away from the Louvre Museum. 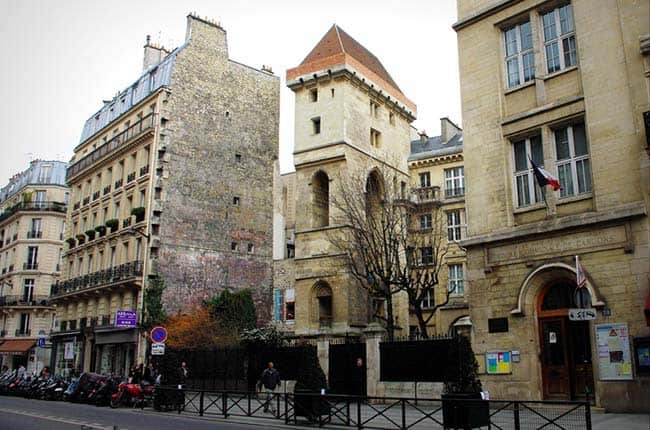 Next on my list of best things to do in Paris second district is to visit the Tour Jean-sans-Peur. It is a fortified tower that was built between 1409 and 1411 by the Duke of Burgundy, known as John the Fearless, “Jean-sans-Peur“, during the Armagnac–Burgundian Civil War. The Tour Jean-sans-Peur is a great example of medieval architecture. While visiting this tower, you will learn a lot about Middle Ages daily life and history. You also get to see latrines, the spiral stairway, and its amazing vault decoration. If you come to Paris second district, you have to visit this monument! I’m pretty sure you will enjoy it! Note that it is closed on Mondays and Tuesdays and that it is only open from 1.30 pm to 6 pm. 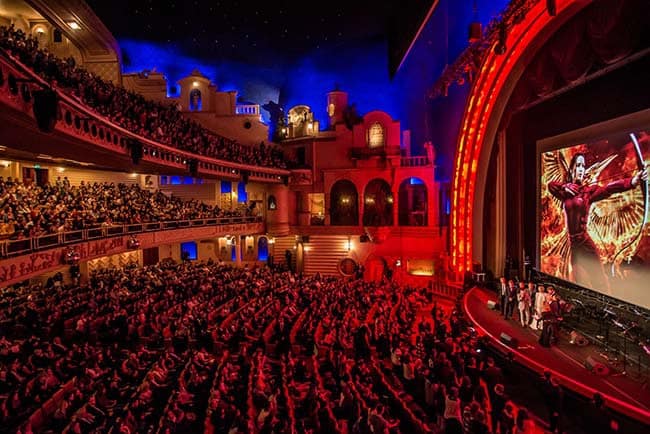 During your stay in Paris, if you happen to feel the urge to watch a movie, go to Le Grand Rex. The audience can enjoy films shown in their original version with subtitles in French. You just have to check the cinema’s website and go to the “Films dans la grande salle” category. “Grande salle” means “big room” in English. This famous “grande salle” is simply the most outstanding theatre room I’ve seen in my life. If you want to go to the movies while in Paris, go to Le Grand Rex, you won’t regret it. Get ready to live the best cinema experience ever! Just make sure the movie you want to see is being screened in the “grande salle“.

You now know some of the best things to do in Paris second district! To be honest, you will find plenty more things to do and many Hidden Gems in this district by simply roaming around. Don’t be afraid to get lost. Discover the district on your own. Talk to the locals. Enjoy your stay! And, of course, don’t hesitate to contact us if you need further information about anything! See you soon in Paris!