Best Things To Do In Paris Fifth District

Best Things To Do In Paris Fifth District

As you may know, the city of Paris is divided into twenty different arrondissements, which are administrative districts. They are all different from one another for several reasons. Each district is special on its own way. If you’re coming to Paris, you will visit many of them for sure! Some are more touristy than others. Some are quieter than others! But all of them are definitely worth the visit.

Today I will be talking about Paris fifth district. This district is part of the Latin Quarter! It is very heterogeneous. The fifth district has a huge student population, some famous landmarks such as the Panthéon, and Gallo-Roman remains that makes it a touristic area. Thanks to all the students that make the district come alive, it is a very vibrant neighborhood. Known as the “Latin Quarter” because it is a student area where teaching used to be given in Latin. So, the students had the habit to talk to one another in Latin. The fifth district is such a lively area! Read on and find out some of the best things to do in Paris fifth district! 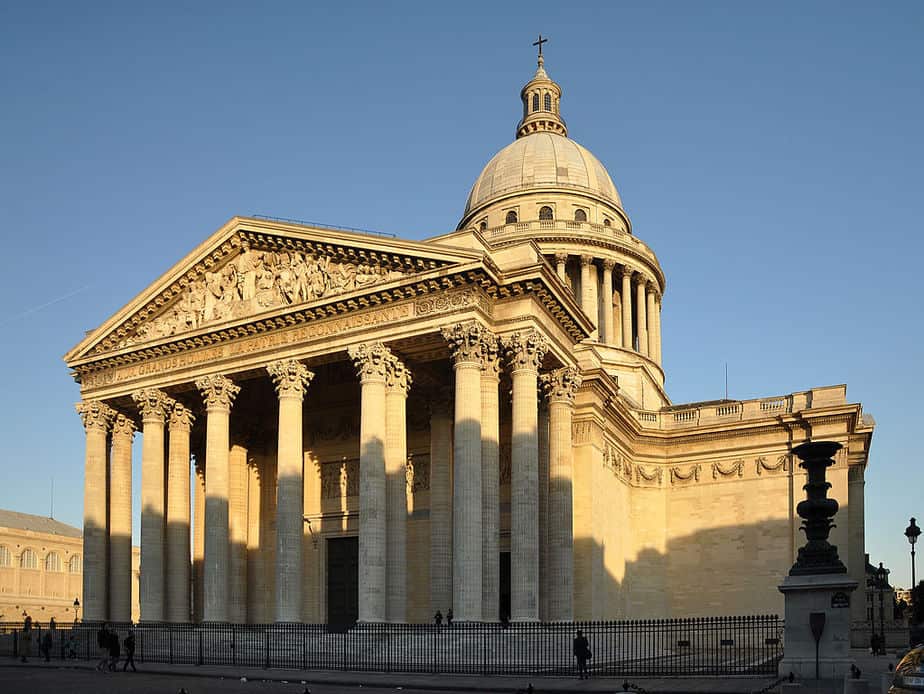 The Panthéon is definitely one of the highlights of Paris fifth district. Close to the Luxembourg garden and the Sorbonne University, you will be impressed by this stunning building! This great example of Neoclassical architecture was designed by Soufflot. The Panthéon is the place where you pay tribute to many important French figures, such as Marie Curie, Louis Braille, Rousseau, Voltaire, and many others!

You will love to take the time to appreciate all its magnificent details. The sculptures, the paintings, the famous Foucault pendulum are only some of the art treasures you will find in the Panthéon.

Have a peaceful moment in the Grande Mosquée de Paris 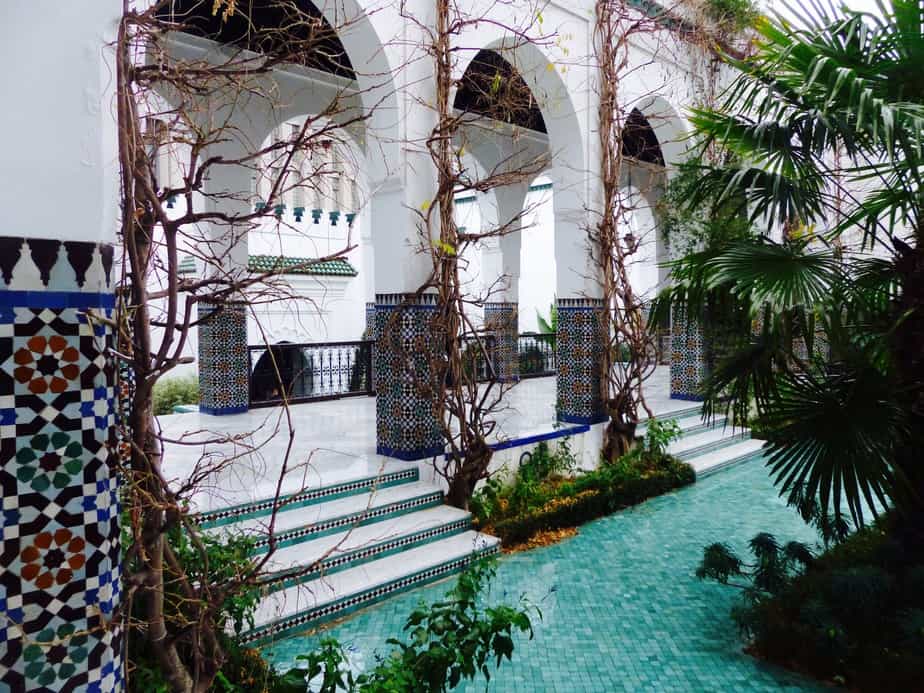 The Grand Mosque of Paris is a place of worship. Having a peaceful moment in this quiet place is one of the best things to do in Paris fifth district. The mosque was built to thank all the Muslim soldiers who fought along the French during World War I.

During summer, it is the perfect place to have a mint tea and taste some oriental pastries in the inner courtyard, or even to have dinner in a warm summer night. The gardens, the architecture, the tile work are so beautiful. You will enjoy to have a peaceful moment in the Grand Mosque!

Walk through the Jardin des Plantes

Next of my list of best things to do in Paris fifth district is to walk through the Jardin des Plantes. The garden is 400 years old and also has a part dedicated to science and research that was put in place during the reign of Louis XVI. There are various greenhouses and exhibitions. Visiting this garden is not only educational but fun and relaxing too.

Also, Jardin des Plantes is the perfect place to raise awareness and teach kids how to preserve our environment. It is important to let children know they have to respect nature and its inhabitants, to instill those values is essential for Earth welfare. It is the only botanical garden in Paris and you can admire a great selection of plants and flowers, how they evolve and in which family of plants they belong.

Have a look at the Arènes de Lutèce 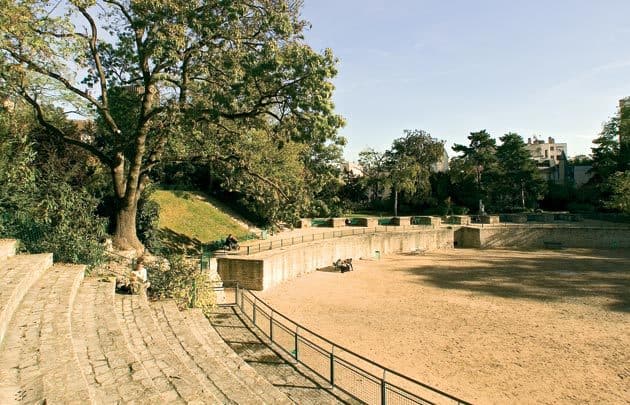 Built during the first century, the Arènes de Lutèce are one of the few Gallo-Roman remains that still exist in the city. It was an amphitheater able to receive more than 15.000 spectators. People used to attend plays and gladiator combats! Right in the center of the fifth district, it is a very interesting place!

Buy a book at Shakespeare & Company 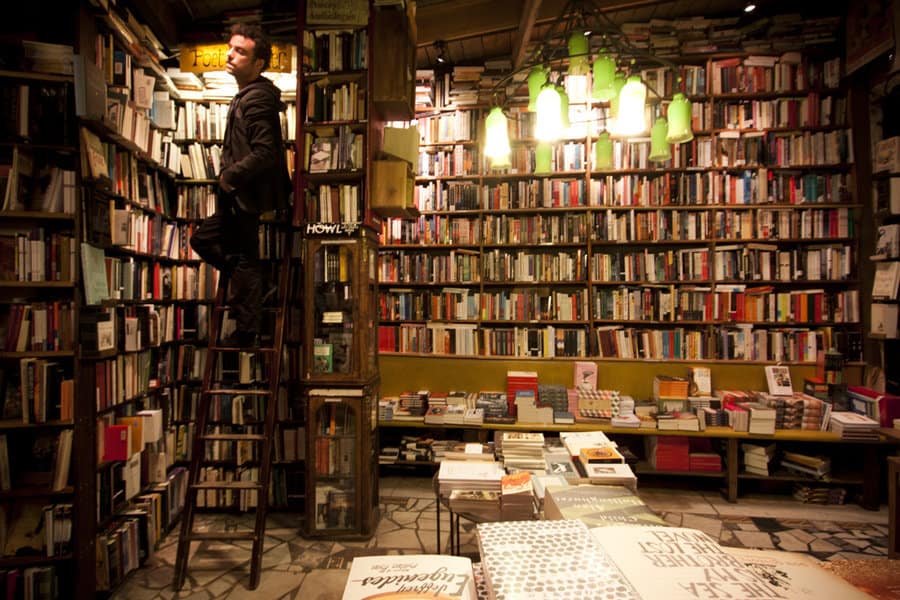 The Shakespeare and Company is a charming bookstore with its frontage looking like in the old times as if the modernity had spared this establishment. This place is an institution for books lovers! The shelves are full of books and cover the walls until the ceiling. Specialised in British literature, you will also find second-hand books, a wide choice for every budget. Most definitely one of the highlights of Paris fifth district! 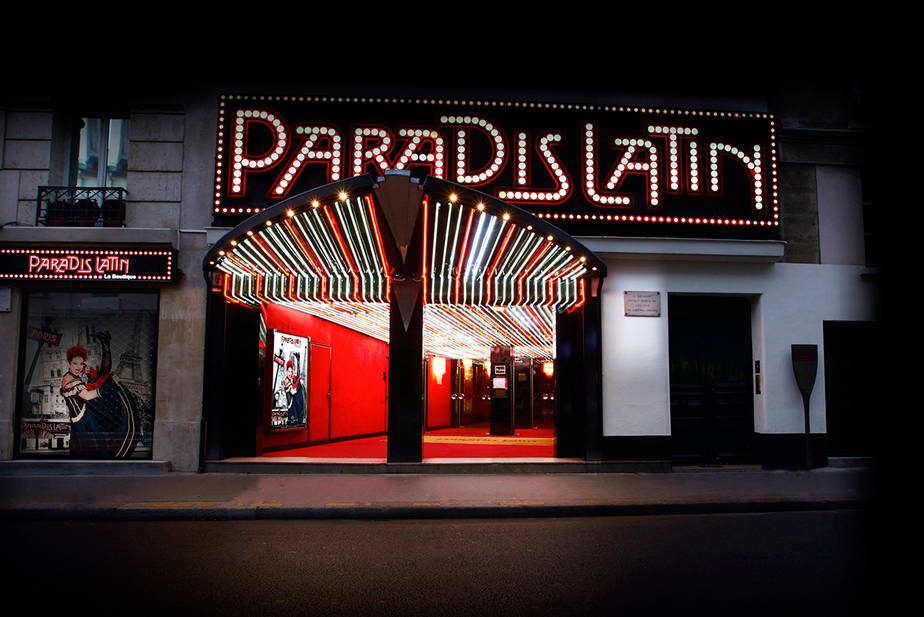 Less famous than the Moulin Rouge, the Crazy Horse and the Lido, you have the Paradis Latin. This cabaret still is very popular, especially among the locals. It is way cheaper than the others, but just as good! Parisians love it, and so will you! Located at 28 rue du Cardinal Lemoine, the tickets for a show start at 75 euros.

Travel to the Middle-Ages at Musée de Cluny 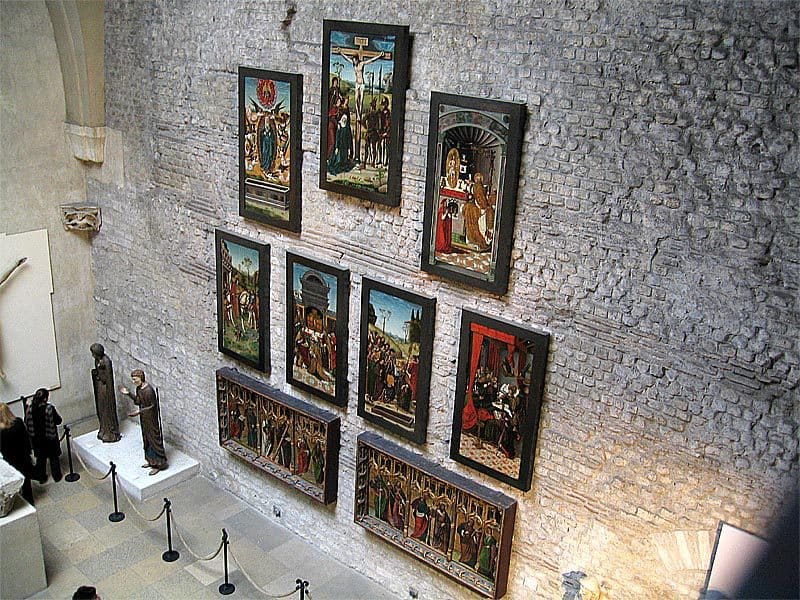 Located at 6 Place Paul Painlevé in Paris fifth district, the Musée de Cluny is great. It is dedicated to the Middle-Ages arts. It is not as big as other Parisian museums, like the Louvre or the Orsay Museum, but it is interesting as well. If you love history and arts, you will like this museum. The Musée de Cluny contains jewelry, paintings, sculptures from the Middle-Ages. It is the best, especially if you want to have a quiet moment enjoying arts away from the touristy places!

At 1 Rue Pierre et Marie Curie, you will find the Musée Curie. The museum is dedicated to the life of Marie Curie and her great science discoveries. The entrance is free and as the museum is small, you get to learn a lot in a little amount of time. You also get to see her laboratory and her notes. All the information is clear and says the essential. Definitely a great highlight of the neighborhood and one of the best things to do in Paris fifth district!

You now know some of the best things to do in Paris fifth district! I hope you’ve enjoyed reading this article and that it has been useful to you. Don’t hesitate to contact us if you need further information about anything! While in Paris, explore all its districts, all its highlights and feel free to share your experiences.