Best Portuguese proverbs and their meanings 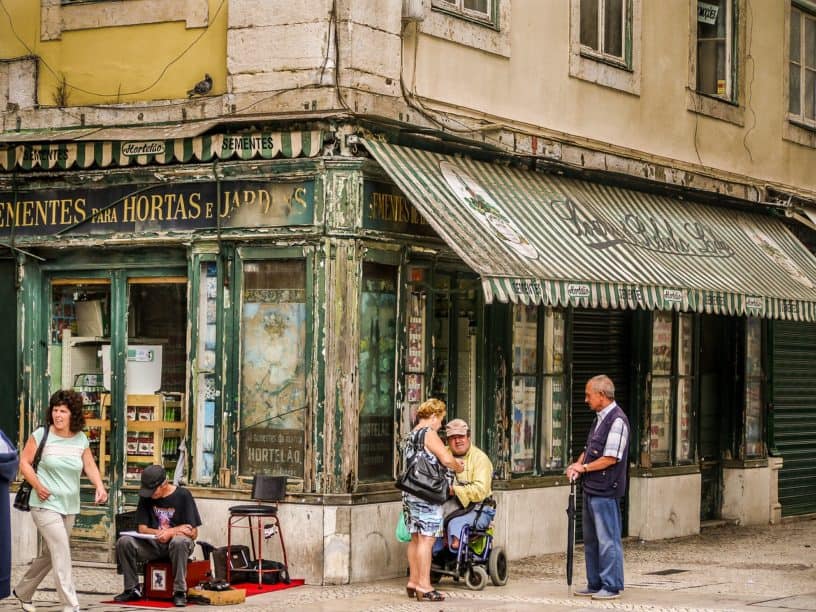 Best Portuguese proverbs and their meanings

Proverbs are popular sayings, sentences and expressions that transmit common knowledge about life. Read on and discover some of the best Portuguese proverbs and their meanings!

Popular wisdom travels by word of mouth, travels from generation to generation, adapts and takes on new meanings over time. The truth is that it remains and is still used, adding a little sense of humor to trivial situation of the daily life, and sometimes it even serves as arguments to express a thought or an idea. Unlike some words that are disappearing of our vocabulary, proverbs are still part of our lives.

Most of these proverbs were created in ancient times, but they are related to universal aspects of life, which is why they are still used even in present time. It is very common to hear proverbs in everyday situations. For instance, who never heard that “haste makes waste” when someone hurries to do something. Proverbs are a success because they are logical and each brings a moral and a lesson.

The majority of proverbs are unknown authors because they’ve been in our lives for decades! They are easy to memorize and to express a lesson effectively. They are about many different matters that are part of humanity’s popular culture, which is why we can find a proverb for practically any life situation! There are many Portuguese ones I want to share with you. They will be perfect for your photos captions on social media! Discover some of the best Portuguese proverbs and their meanings!

First on my list of the best Portuguese proverbs and their meanings is “quem não arrisca, não petisca“. The equivalent English version of this proverb is nothing ventured, nothing gained. It is one of my favorites! When the opportunity arises, I use this proverb!

“Quem não arrisca, não petisca” literally means “He who does not risk it, does not snack”, which does not make much sense when translated this way, but it rhymes in Portuguese so it works perfectly! What does this proverb mean? It simply means that if a person is not adventurous, doesn’t take any actions or doesn’t take any risks, he may lose the opportunity to reach his goals.

Next is a very famous one in Portugal: “mais vale um passarinho na mão do que dois a voar“. When translated, it means “one bird in the hand is more worthy than two flying birds”. The equivalent in English is the following: “a bird in the hand is worth two in the bush”.

For this proverb, we compare the value of one bird with two birds. Two birds would normally be more valuable than just one, because there’s two of them! But if one has to choose between one bird they already have and the possibility of catching two that are still flying, it is advised to stick with the one they already possess rather than risking to lose it because they were too greedy trying to catch the two others. It is uncertain we will be able to catch the two flying birds.

What this proverb intends to say is that it is wiser to value reliability over uncertainty, facts over hypothesis, reality over promises. It is advised to cherish what we already have, even though it is less valuable, rather than to risk losing it for something that is not secure.

You can apply this proverb for several situations. For instance, when someone sells an apartment for a certain amount of money that is not as high as expected instead of waiting to see if the prices go up and hoping to sell it for a higher price. The market can evolve positively, but negatively as well, so it’s kind of tricky. The future is uncertain! However, this proverb can also be applied for other issues: for instance, if you’re in a relationship but start feeling attracted for someone else, it is safer to stick with the person you already know and feel good with rather than taking the risk of losing this person over someone that might disappoint you.

“Na cama que farás, nela te deitarás” basically means “as you make your bed, so you must lie on” in English. This popular Portuguese proverb wants to remind us that all our actions have consequences. The way we build our present will have an impact on our future. A bed that is poorly made won’t provide an health sleep, while a well done bed will allow you to have a pleasant and restful night.

If one is responsible, careful day by day, they won’t get bad surprises in the future. Our present actions determine the success of the outcoming situations.

I love this one! “Quem brinca com fogo, queima-se” is one of the best Portuguese proverbs! In English, it can be translated as “Those who play with fire will get burnt” or also commonly known as “instant karma”.

This proverb simply means that if one exposes themselves to danger, they may suffer severe consequences. For instance, if you provoke an animal, it might attack you for self defense. Animals are unpredictable human beings. This is why we have to respect them and leave them be.

Next proverb is also a good one! “Em terra de cego, quem tem olho é rei” which means “Among the blind, a one-eyed man is king”.

While the majority of people is distracted, doesn’t care about important issues or does not pay attention to details, the one person that manages to identify a good opportunity will be at an advantage!

My second interpretation about this proverb is about opening people’s eyes. For instance, while the vast majority of people are blinded by media or by the industries, if one person digs a little deeper, gets informed, they will be more aware of the world we live in. A great example is, for example, veganism. While most of people still believe that eating animals does not harm the planet, vegan people are informed and understand that a plant-based diet is much more beneficial for the earth.

Farmers that cultivate cucumbers need to give the best shape to these plants for them to grow in the best conditions. To stimulate cucumbers growth and development, farmers need to cut cucumbers edges at a certain time of the year. If the pruning of cucumbers is not made, cucumbers won’t grow as expected and will taste funny. This is the origin of the proverb “de pequenino é que se torce o pepino“. In English, it can be translated as “Of teeny of it twists the cucumber”.

This proverb can be used for many situations. It can be related to children education, because we shape children personality and education while they’re still young, when they’re still “little cucumbers”. But it can also be applied for someone who’s beginning a new project or a new activity, because no one begins at the top. Everyone starts from the bottom!

You probably know English expressions like “it’s just water under the bridge”, “let bygones be bygones” or “what’s done is done”. In Portuguese, we have a proverb to express this idea. It is very old and is used for people who want to overcome the past and move on with their lives. In Portugal, we say “águas passadas não movem moinho“, which means that past waters don’t move the mill.

This proverb refers to the mechanism of a water mill that functions thanks to the water that goes through it. The water only moves the mill while it’s there. Once it passes, it only serves for functioning the movement of the mill. This proverb is a very deep one, because it expresses the idea that all that’s past won’t change the present, which means that whoever lives in the past, ends up not enjoying the present and building the future. The morale of the proverb “águas passadas não movem moinho” is that holding on to the past won’t bring you any good.

I always have cold hands, which is why I love the proverb I’m about to share with you! Whenever people touch my hands, they say “Oh! You have such cold hands!” and I always answer “mãos frias, coração quente“. In English, it means “a cold hand, a warm heart”.

When someone has cold hand, they can be perceived as being a cold-hearted person, when in reality, they have a good heart and are very friendly. Cold-handed persons are the best friends and lovers! I always tease people with this proverb.

However, if someone has warm hands, you can say “mãos quentes, coração frio” which is the opposite.

I hope you’ve enjoyed my article about the best Portuguese proverbs and their meanings! I love proverbs. I think they can teach a lot about a country’s beliefs and principles! They are so enriching. Plus, they also make great captions for your contents on social media! Another great way to learn and understand more about the city’s culture is to explore it with the locals, which is why I strongly recommend you to join one of our tours in Lisbon! You won’t regret it! You will get to learn so much more than you would by yourself, so don’t be shy and join us!