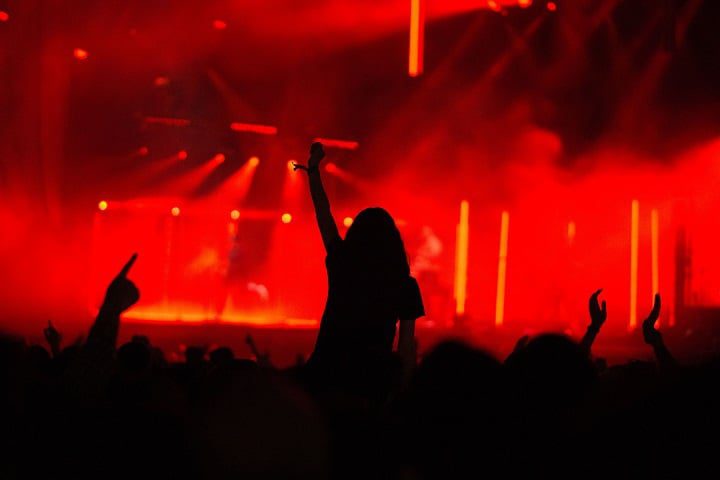 Preparing for a night out in Paris but not sure where to go? I’ve been there. We all have. Don’t worry, though, I’ve got you covered. It took a lot of thinking, but here are 5 of my favorite nightclubs in Paris so you can party all night à la française. Nightlife in Paris is among the best in all of Europe, so I’ll do my best to show you the best! 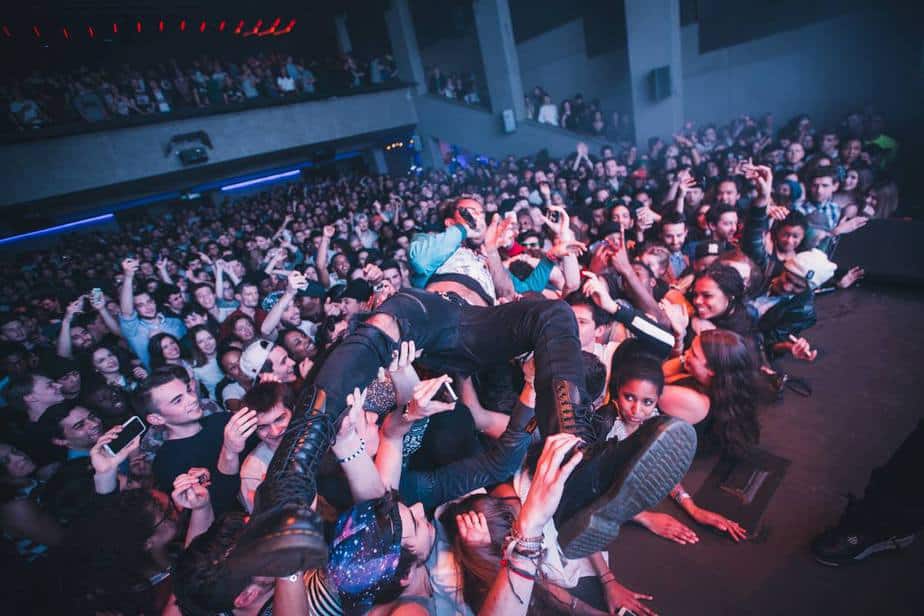 Here we go. First on my list of best nightclubs in Paris is Yoyo. One of the most interesting clubs in Paris in my opinion, Yoyo is unique because it’s located in the basement of Palais de Tokyo, a contemporary art museum in the 16th arrondissement.

Take the metro to Iéna or Alma Marceau on the 9 line. It’s less than a 5 minute walk from both stops. Then proceed to dance the night away surrounded by art! Yoyo hosts tons of different artists and events. Stay up to date by visiting www.yoyo-paris.com to see when certain events are being held.

My first experience at Yoyo happened to be a New Years Eve party and it was a night I’ll never forget. The roar of the crowd as the clock on the big screen struck midnight was simply incredible. It was one of the best nights out in Paris I’ve ever had, not to mention a perfect start to the New Year. Go check this place out. 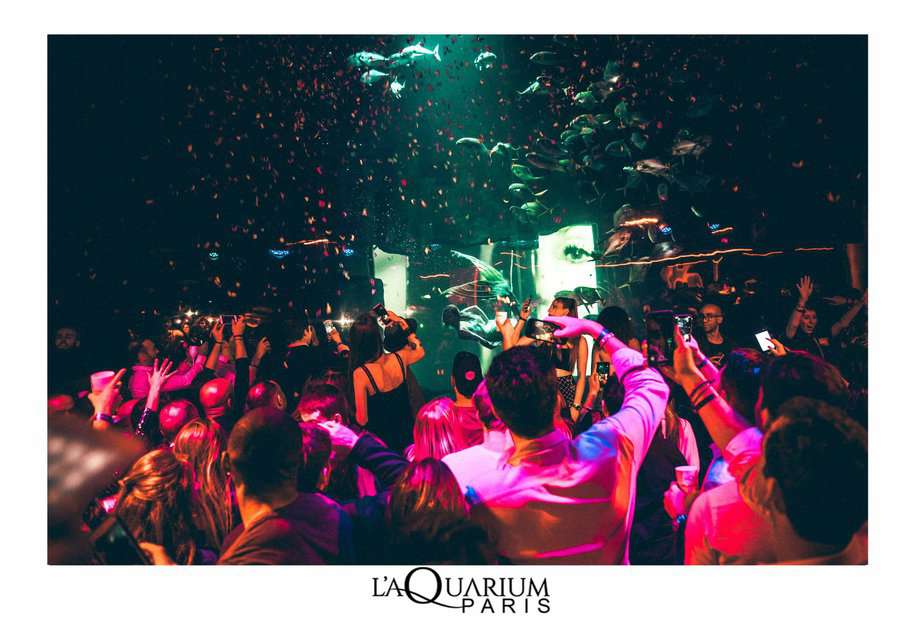 My favorite nightclub in Paris at the moment.

Also located in the 16th arrondissement, L’Aquarium is one of the coolest places I’ve ever been to in Paris, period. Take the metro to Trocadéro on metro line 6 and you’ll have a short walk plus a nice view of the Eiffel Tower at night.

I spent the evening drinking (expensive) champagne and looking at fish! The walls of the club are lined with huge tanks full of different types of fish. You are literally in an aquarium. It’s wild.

It is, however, on the fancier side in terms of dress code. And there’s a really cool VIP section that you can reserve for birthday parties, etc. Because it’s also a restaurant, I arrived a little early and had the luxury of enjoying a nice glass of red wine before getting the night started. 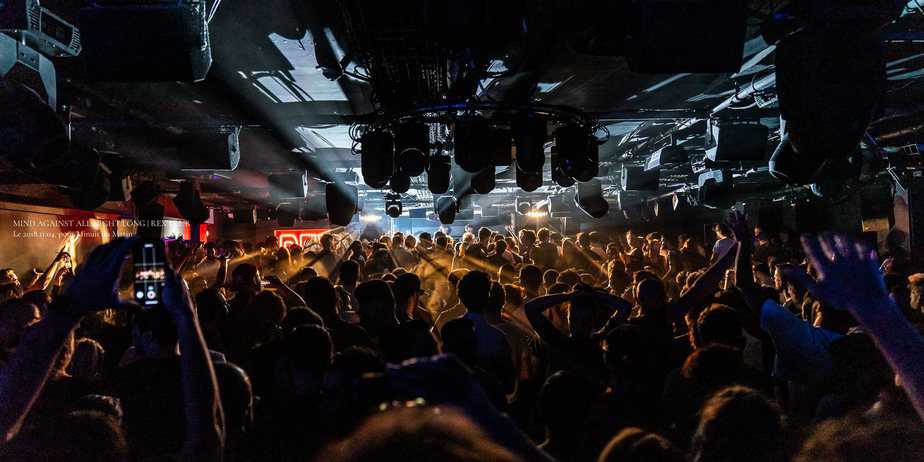 Widely regarded as one of the best nightclubs in Paris, I can’t write this article without mentioning Rex.

Open from Thursday to Saturday, it’s about a 2 minute walk from the Bonne Nouvelle stop on metro lines 8 and 9. A popular, well-known venue on the Grands Boulevards, Rex is your typical techno club.

Make sure you really, really like techno music if you’re planning on spending a night here because it is loud and upbeat all night long. And plan accordingly because it is on the pricier side.

I paid a €20 cover charge, not including the drinks I bought inside. But if Rex doesn’t work out, there are plenty of other great options for bars on the Grands Boulevards, such as Café Oz. 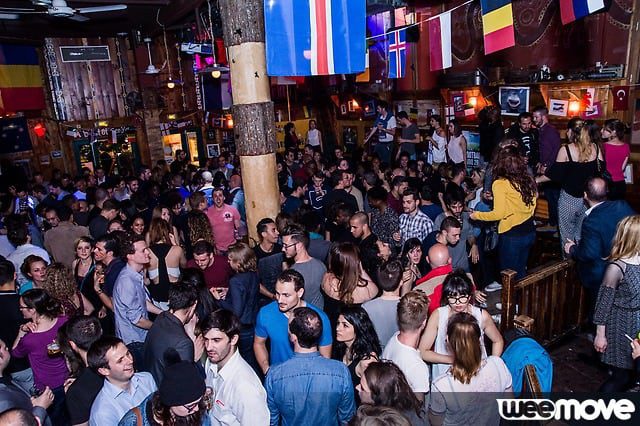 Speaking of Café Oz, it’s next on my list of best nightclubs in Paris. It’s an Australian bar with 3 locations around Paris.

You now know there’s one near Grands Boulevards, but the other two are near Chatelet and Denfert Rochereau. The best in my opinion is indeed the Café Oz at Denfert Rochereau (metro lines 4 and 6) because it’s the biggest of the 3 and it turns into a club at night.

This is true for a ton of bars around the city, which is really good to know because it can save you a lot of money on cover charges. Sometimes you can get there early (maybe for dinner) and completely avoid a cover charge.

Here, you pay 15€ to enter but you get a free drink. I suggest trying the Long Island Iced Tea! Enjoy the free one because you’ll be back for more. I’ve had too many great nights at this Café Oz. 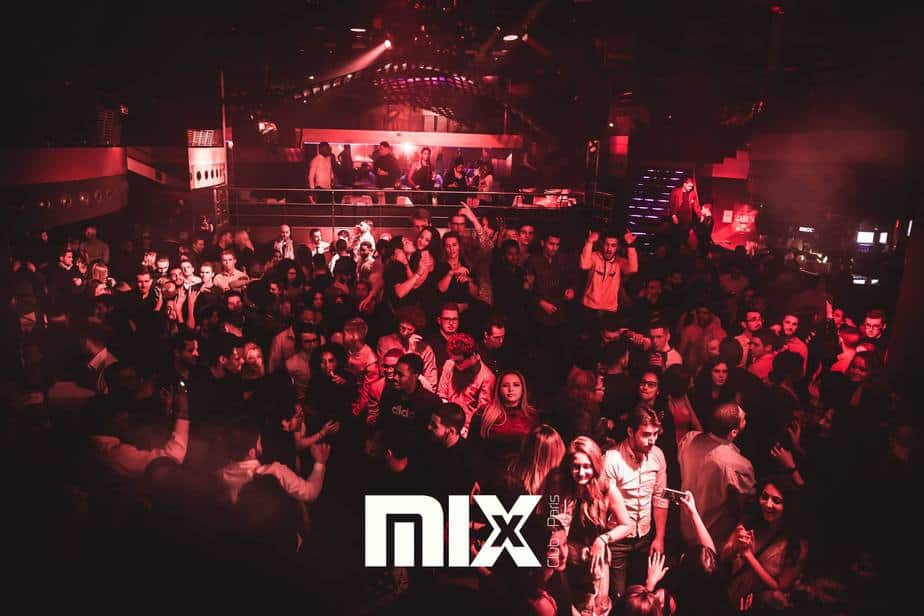 And last but not least on my list of best nightclubs in Paris is good old Mix Club located in the 15th arrondissement, just steps away from the Montparnasse-Bienvenüe metro stop on lines 4, 6, 12, and 13.

Open every Saturday night, Mix Club became an instant favorite of mine seconds after I walked in: you slide into the club! (I’m not kidding, there is actually a slide you have to slide down to get to the dancefloor).

If this doesn’t get you in the mood to party, I don’t know what will. Entry is free for girls before 1 am who register online by putting their name on the guestlist. Go to mixclub.fr to do that now!

With different themed nights, Mix Club is worth a visit for sure. Not only is it conveniently located next to Gare Montparnasse, but it’s also right next to Redlight, another event venue that dedicates select nights to clubbing. Be sure to check that out as well.

And there you have it.

These are my go-to places for a great night out in the City of Lights.

The list of places to visit in this city is endless, but I’d definitely recommend giving these places a shot. Before I wrap up, I can’t finish this article without quickly mentioning Showcase, a really cool club located under the Pont Alexandre bridge near the Invalides stop on metro lines 8 and 13.

Unfortunately, I believe it closed down! Look it up though, because if it does open up again, it would immediately shoot up to the top of my list of best nightclubs in Paris. I saw Marshmello in concert there and it was an unbelievable time. Anyway, I hope this list makes your decision about where to spend your night in Paris a little easier!

For all updates on themed events in bars and nightclubs – and free entry passes –  visit SoonNight.