Where to Find Vegan Ice Cream in Barcelona 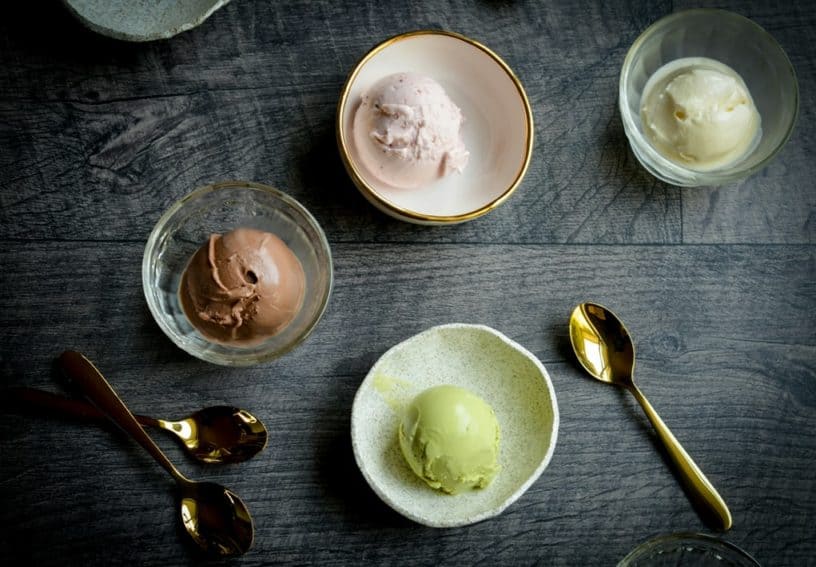 Where to Find Vegan Ice Cream in Barcelona

One doesn’t have to go very far to find dairy free gelato in Barcelona. It seems both locals and travelers have been in high demand for lactose free ice cream since before the vegan eating craze hit Spain.

Vegan ice cream should be available in some form in any parlor that you wander past while exploring the city center. Not all of them will have creamy gelato, but most will have at least two or three fruity sorbet options that are naturally made void of any milk. 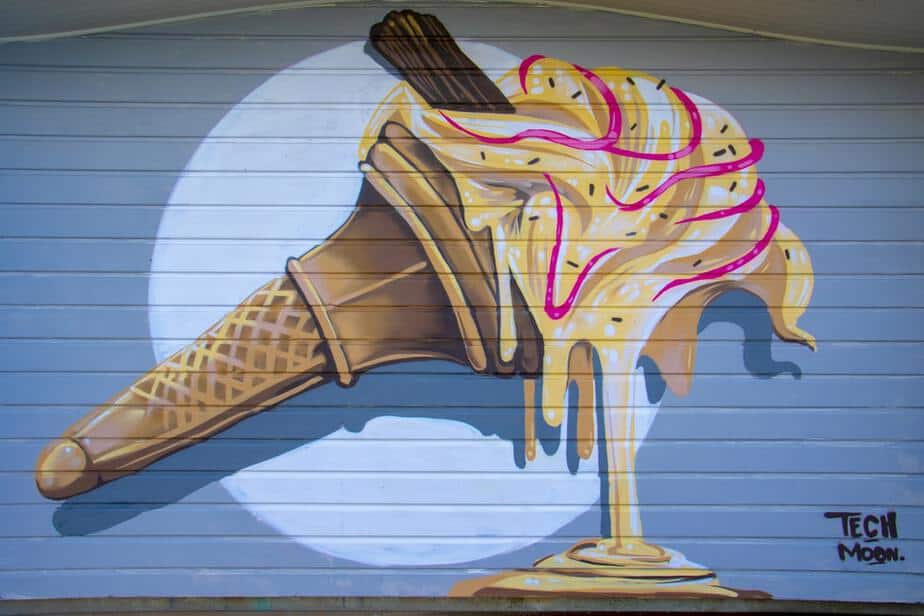 For the creamy, real ice cream experience (still void of milk) one should head to any of the following.

This ice cream parlor is a gem to Barcelona. It’s virtually unheard of to find a parlor in which all of the ice creams are made both dairy free and free of gluten. Celiacs and gluten free eaters struggle to enjoy ice cream in Europe as most cones and gelato flavors incorporate wheat and/or biscuit into them in some way.

Gocce di Latte makes all of their ice creams naturally, free of gluten and dairy, and it is some of the best ice cream you’ll find in the city. 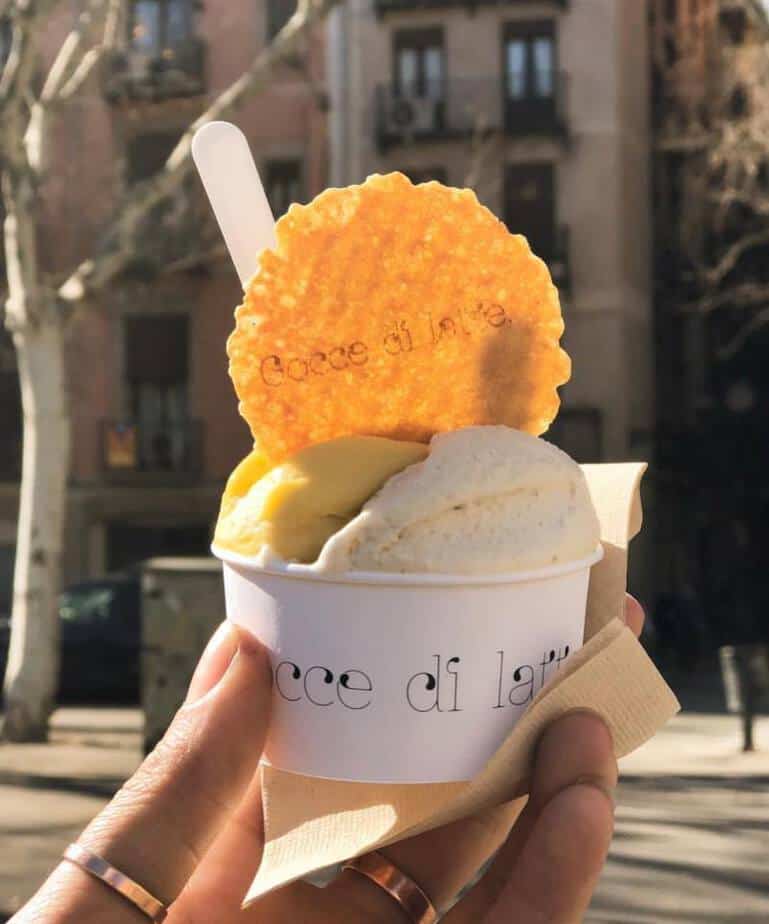 I go out of my way to visit for their coconut gelato; sometimes I add pistachio along with it but only on special occasions. The banana and turmeric flavors are great too — along with everything else, actually.

The best part? Gocce di Latte is close to Barceloneta’s beaches as well, so you can easily access vegan treats after a long day in the summer sun.

Parallelo have the biggest range of vegan ice cream in Barcelona after Gocce di Latte.

They make everything from traditional creamy vegan hazelnut gelato to creative sorbets that also use zero milk. I love Barcelona for always having coconut ice cream available as a vegan option; this doesn’t happen frequently in other cities in Europe. 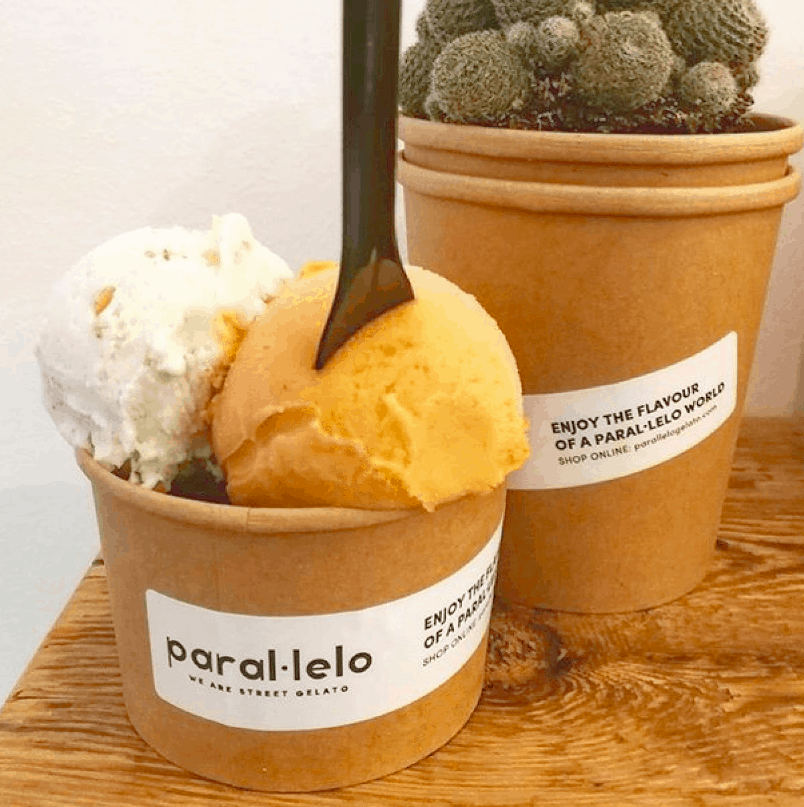 Parallelo in Barcelona – by Parallelo – Uploaded by them

Parallelo like to keep their ingredient as natural and as clean as possible. They avoid preservatives, artificial flavoring and excess sugar whenever possible. Portions are generous and prices are relative.

It’s situated close to the old town, so scoop some if you’re outside taking a free guided walking tour!

The Gelaaati Di Marco is a quirky little ice cream parlor right in the city center. They are widely loved amongst tourists and locals alike as they sell some of the best homemade ice cream in the city.

Two scoops on a cone or in a cup will cost just €3.40. Their vegan menu is most comprised of light, fruity sorbets but they do offer three very creamy vegan ice creams in coconut, banana split and dark chocolate flavors. 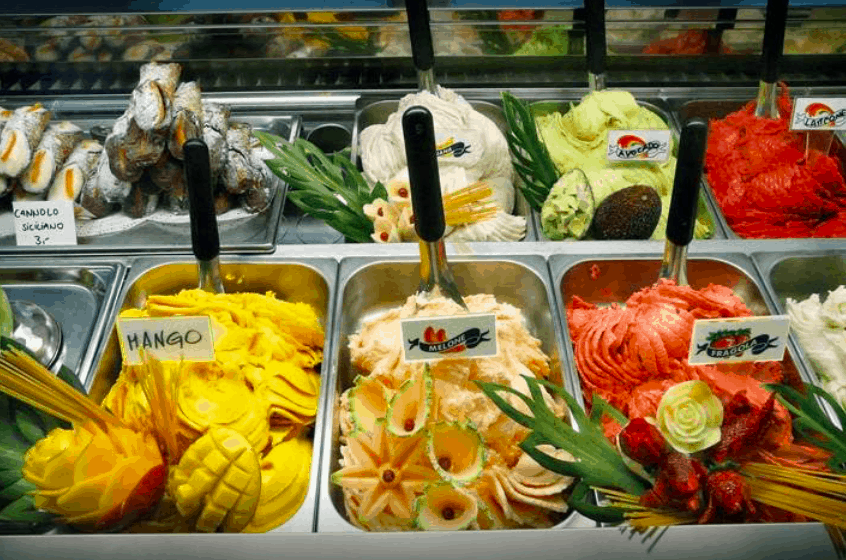 Eating at Mannà Gelats has brought out the ice cream snob in just about everyone I know. Multiple different people have expressed that they aren’t interested in eating gelato in Barcelona unless it’s from Mannà Gelats.

Somewhat understandable, this parlor close to Barcelona’s Picasso Museum does make some pretty remarkable frozen treats. Their milk based flavors are accompanied by a range of dairy free ones, and there is no noticeable difference between the quality or texture at all. 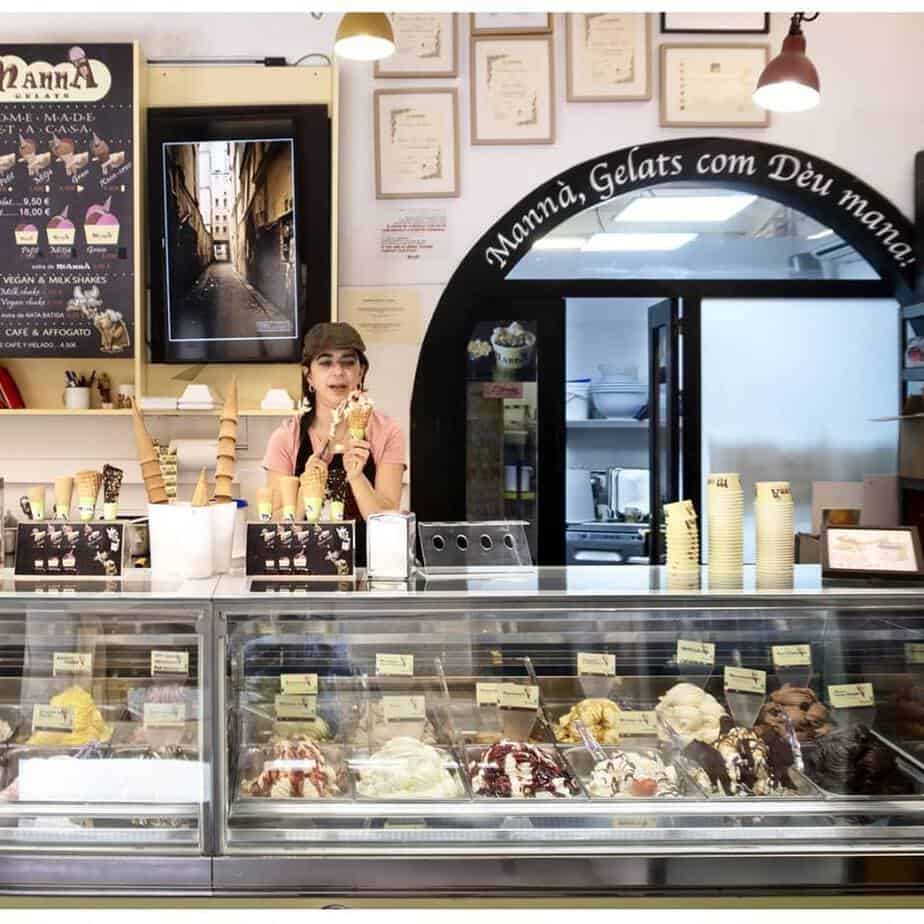 Don’t be put off if you arrive to a bit of a queue out onto the street. The staff are excellent at facilitating everyone within minutes and you’ll never be standing outside for too long.

There are some really wonderful landmarks to see in this part of Barcelona; have you arranged a guided walking tour yet?

OGGI Gelato is known as Barcelona’s experimental ice cream parlor. They are forever creating new and exciting flavors that push boundaries on what should and shouldn’t be made into ice cream.

I head to OGGI with the intention of trying something new and strange for a change, and walk away every single time with a cup of their vegan chocolate gelato. So boring, so unoriginal, but so utterly irresistible. 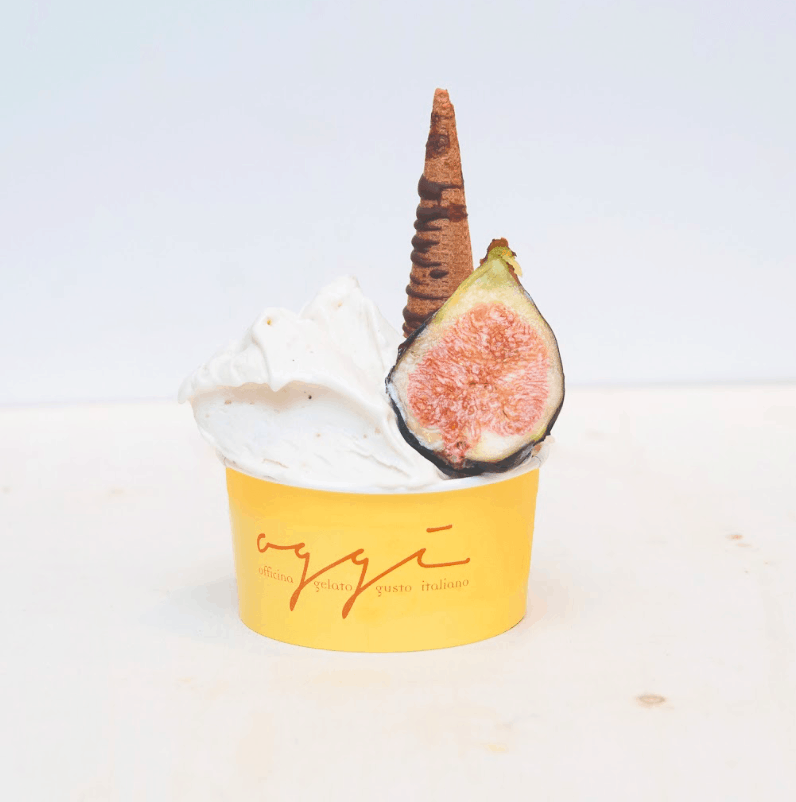 OGGI Gelato in Barcelona – by OGGI – Uploaded by them

They usually have a variety of vegan variations available at any given time. They get creative with these too, but the chocolate is one of the standard flavors always on offer.

If you head directly north of the parlor you’ll find yourself on a vibrant shopping strip with high end fashion and other retail stores.

Bodevici is closer to Gracia. The shop offers both dairy and non-dairy ice creams with their vegan options encompassing both sorbets and creamy gelatos.

They usually have a wide variety of flavors on offer, making it difficult to choose just one. But the staff at Bodevici are wonderfully patient and will let you taste test to your hearts contend. 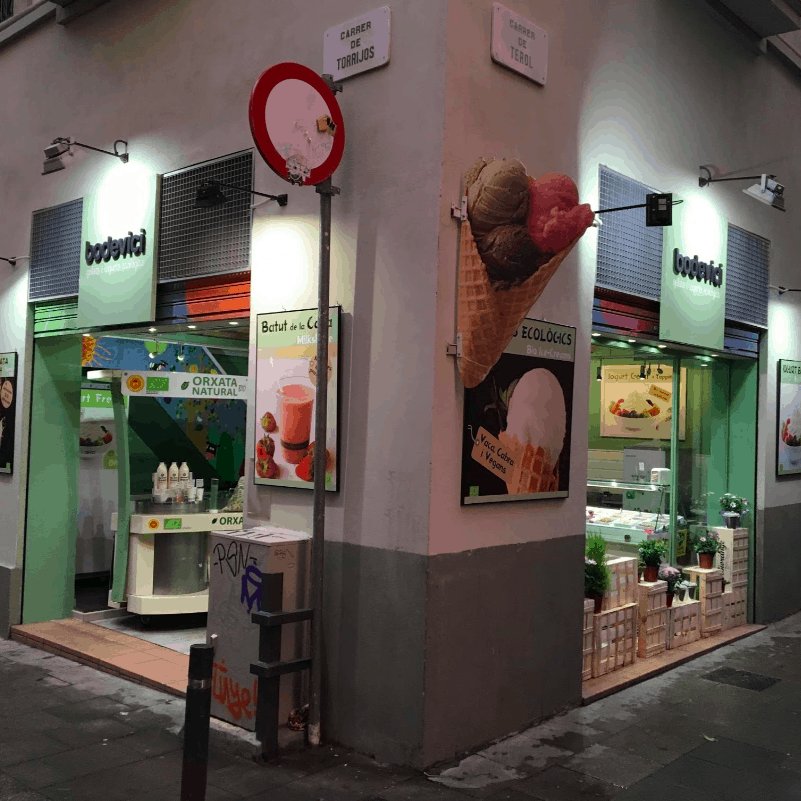 During the summer their weekend opening house extend both earlier for opening and later for closing. Weekday times remain the same year round.