Where to Eat the Best Tortillas in Barcelona 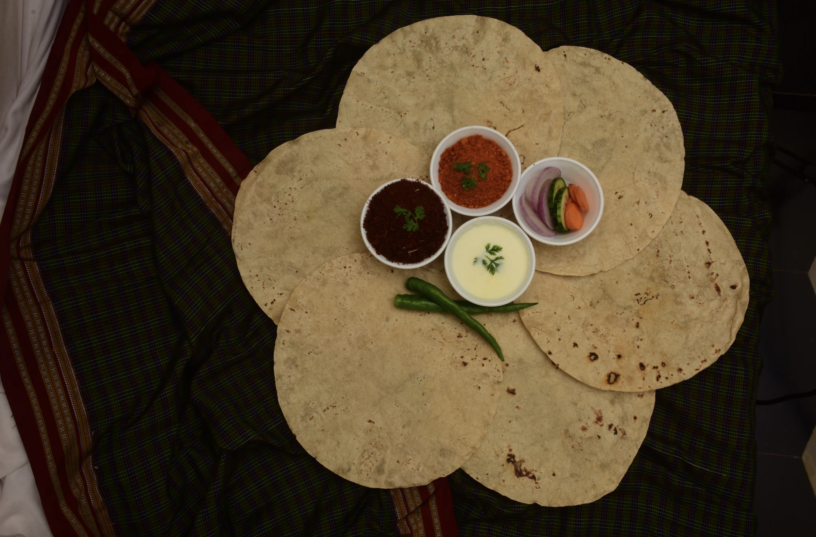 Where to Eat the Best Tortillas in Barcelona

Tortillas are not a Spanish cuisine; try your best not to make this mistake out loud while traveling the land. They are, in fact, of Mexican gastronomy, and like all melting pot cities, one can find said cuisine in relative abundance whilst in Barcelona.

Here are my personal picks for the best places to enjoy tortillas whilst in Barcelona.

Click here for the best Mexican restaurants in Barcelona

Rosa Negra is in the Raval district, and is a spot that I find myself frequenting when I simply can’t be bothered to put energy into finding something new. It’s consistently good, always open, and wonderfully ambient.

I love how central Rosa Negra is to all other notable attractions between Barceloneta Beach and the rest of the city center. 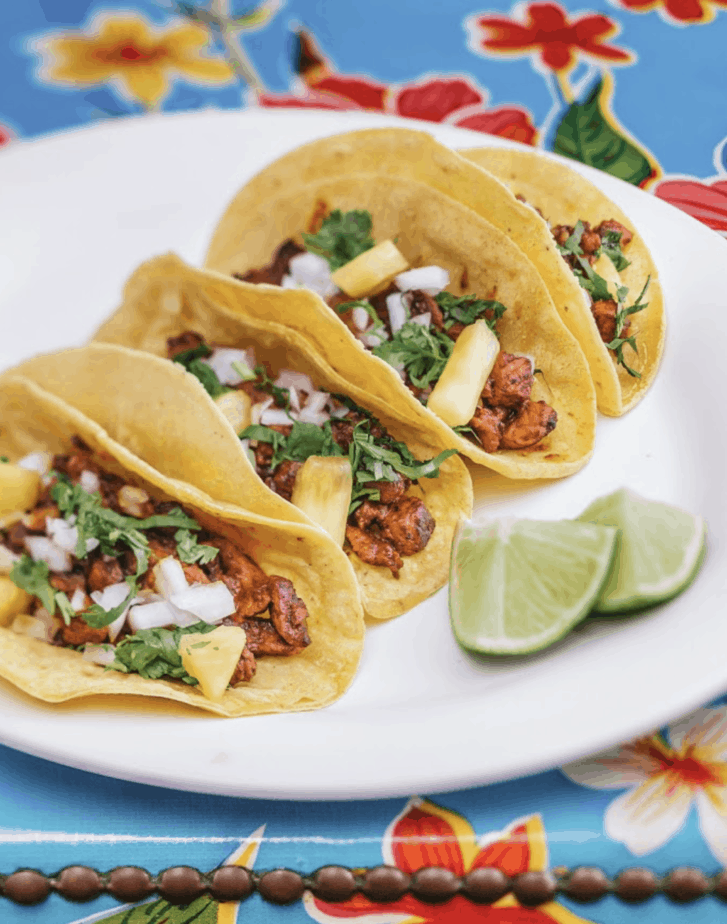 Rosa Negra in Barcelona  – by Rosa Negra – Uploaded by them

I don’t know of another spot in Barcelona where one can eat four tacos for under €10. More than this, cocktails at Rosa Negra are only €3.90!

I’m a sucker for a hidden gem, especially one that would qualify as “off the beaten track”. La Taqueria is a Mexican food spot that you won’t find by accident. It’s in a part of town that newcomers to Barcelona would likely never find themselves wandering through.

It’s been dubbed the “best Mexican food this side of the Atlantic”. The space itself is tiny, and very much informal. Don’t come here expecting much more than plastic crockery and a laid back ambiance. 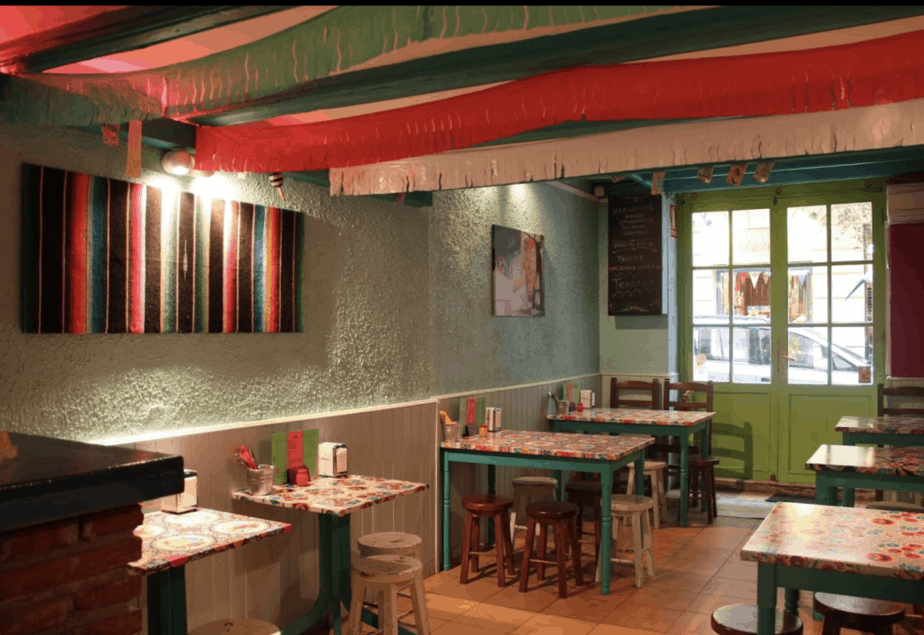 The tortillas are made fresh in house, as is everything else on the menu. The guac is fabulous, the micheladas are strong and the al pastor is what brings most people back for more.

If you’re a fan of Mezcal, then you’ll appreciate their generous selection, all exclusively imported from Oaxaca itself.

The Tortilleria is en route to Gracia, and is the favorite Mexican hangout for many a Barcelona local.

They have a nifty tortilla making machine that they will happily let you watch in action upon request. All day long, the staff churn out fresh, hot tortilla bases, and top them with dreamy blends of meats, beans and sauces. 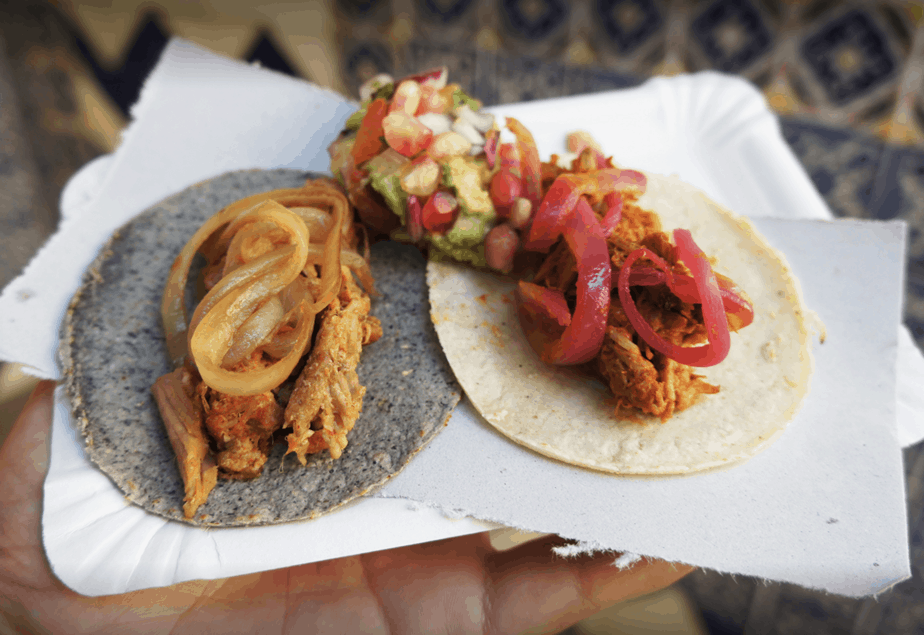 This is one of few proper “tortillerias” in Barcelona, and they stick to traditional recipes and methods, only. Tacos are sold for around €2 each, which is in line with traditional taqueria standards of making food accessible, without compromising on quality and flavor.

Click here for places to enjoy taco Tuesday in Barcelona!

The Toritilleria is situated close to Gaudi’s Casa Mila; consider visiting both on the same day!

They say that the best areas to find great street food is always near to universities. This is true in Barcelona, and La Adelita Botanero is the local Mexican hangout for the students in the Eixample.

The location attracts a lot of International travelers, many of whom are accustomed to authentic Mexican food from the west itself. La Adelita gets a standing ovation from them all, and usually a return visit to boot. 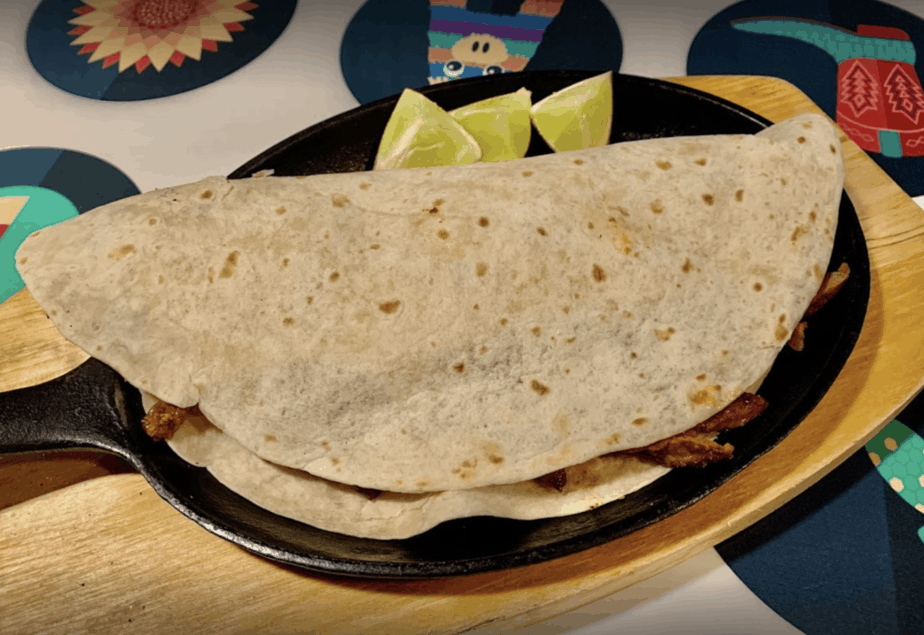 The portions here are massive, prices are kept low, and their liquor menu is known for being quite well stocked. If you like cheese on your meals, then you’ll love La Adelita Botanero.

Taco Alto is right in the center of Barcelona; a two minute walk from the Arc de Triomf.

What I love about this spot is that you get to choose from both flour and corn tortillas, which is uncommon in Barcelona (most offer only corn). Here, I indulge in the flour, as I find them soft and more complimentary to the sauces and fillings that accompany them. 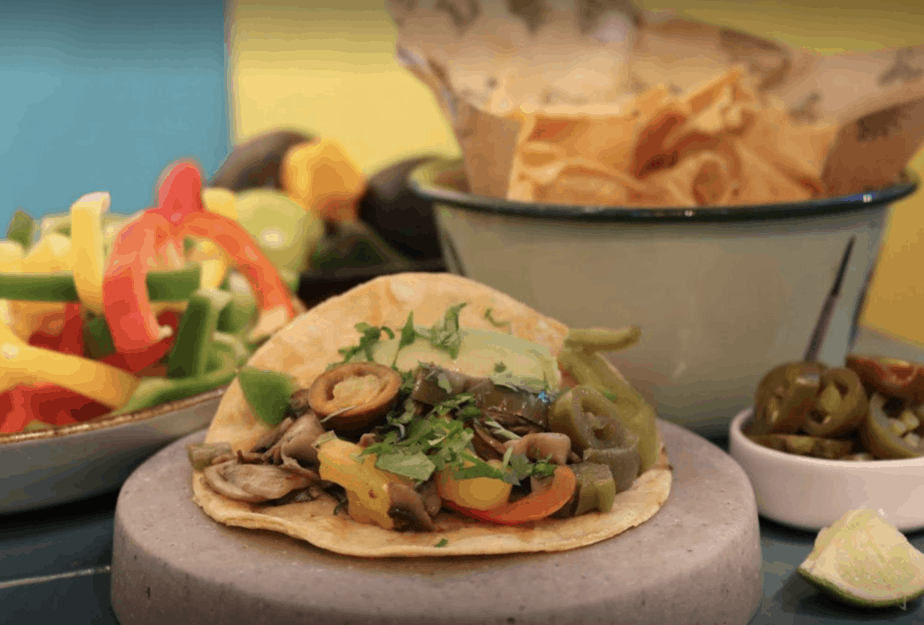 The fish and al pastor are the crowd pleasers, but I would recommend their newest vegan taco to all, regardless of if meat is usually your preference or not. The flavors are unmatched and each unit costs just €2,50.

I do recommend calling ahead before showing up to eat. The opening hours of this restaurant tend to fluctuate from one day to the next, especially since the start of the pandemic.