Where to Eat Barcelona’s Best Paella 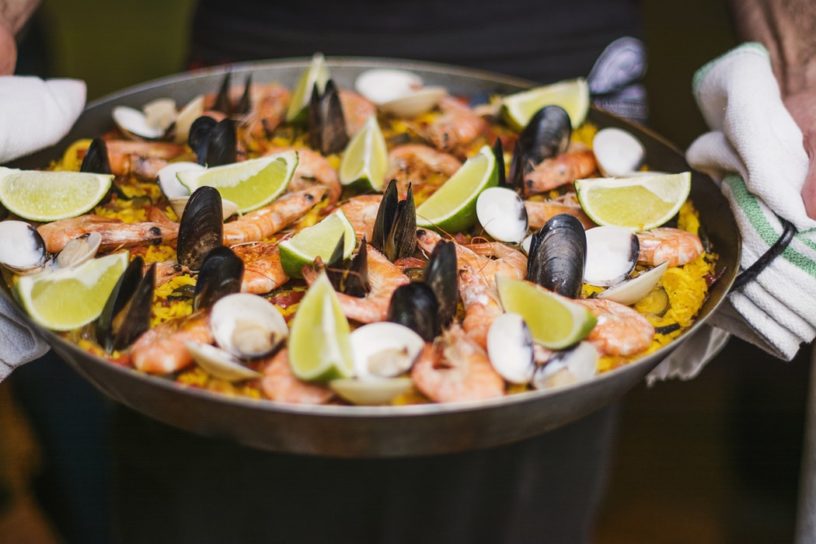 Where to Eat Barcelona’s Best Paella

Paella originated in Valencia, on the southeastern coast of Spain. The dish quickly spread through the rest of the country, before making its way across Europe and even the rest of the world. Before landing in Spain I’d eaten my fair share of paella, even in certain countries in Africa.

Paella is traditionally a rice and seafood dish made with fresh saffron. Naturally, Barcelona has steaming paella on every corner, particularly at the restaurants close to the harbor where seafood flows in fresh. 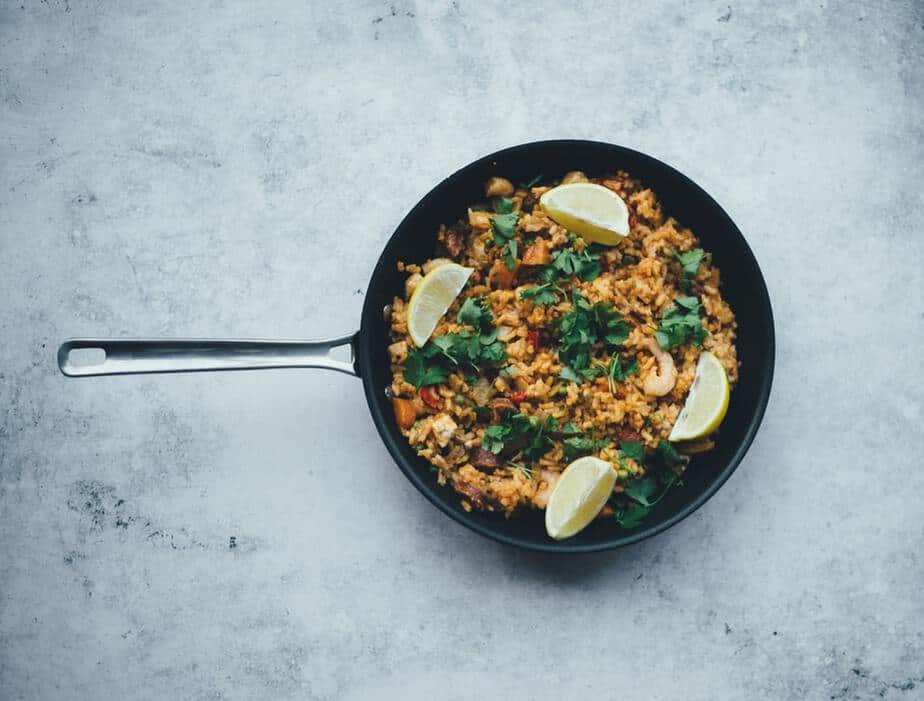 I’ve eaten my way through Barcelona to conclude this list of the best paella in town. Read through to the end to find out about the spot that’s making waves in the vegan paella market, for those who don’t like to munch on sea creatures.

Barcelona’s restaurant scene has quite a distinct divide between tourist traps and local gems. When it comes to eating paella it is always recommended to spend a bit more on your meal and eat where the locals usually would.

7 Portes is an ambient spot close to the ports where Spanish locals like to eat this national dish. All variants of their paella are great, and the staff are experts and pairing your choice with the best wine to accompany the meal.

I should mention that this is a historic spot in Barcelona; it is one of the oldest restaurants in the city. The fact they they don’t close every afternoon for siesta is fabulous too. 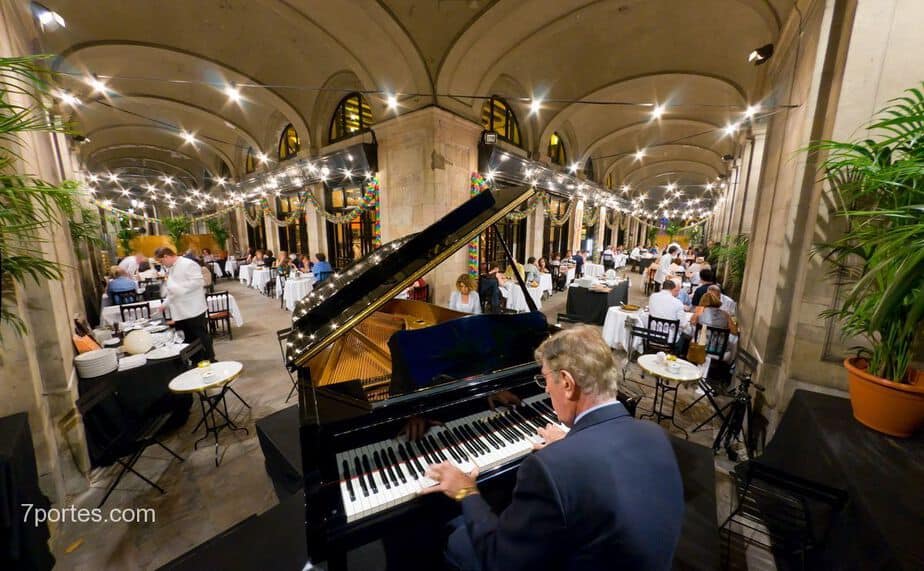 Opening Hours: Monday to Sunday – 1pm to 1am

Most of Barcelona’s paella restaurants are best experienced in large groups so that the portions can be shared. La Mar Salada is a great paella sharing experience right in the heart of the Port Vell .

They have many paella options on the menu, but I would suggest sticking to their seafood ones. The negro arosa paella is phenomenal; it contains artichokes and wild mushrooms which is an interesting take on traditional ingredients.

As far as portion versus pricing goes, la Mar Salada is an affordable place to eat this famous dish. 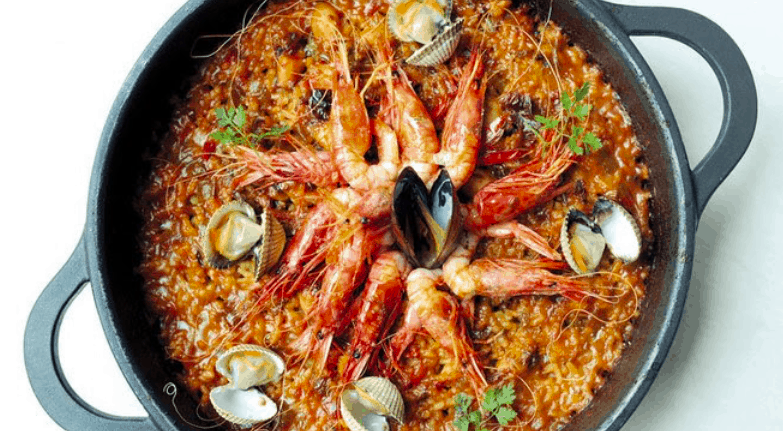 Pez Vela is the paella restaurant with the best view. It is also in the port, but holds one of the plots closest to the water so the panoramic visuals of the sea are breathtaking.

Table availably here is the luck of the day. Sometimes walk ins are absolutely fine, and other times you’ll be turned away as they are fully booked. It’s better to call in advance just incase.

The lobster broth paella is the real crowdpleaser and one of their most popular dishes. The chef also does a Spanish nougat ice cream as a post dinner treat, which I believe is worth the visit to Pez Vela alone. 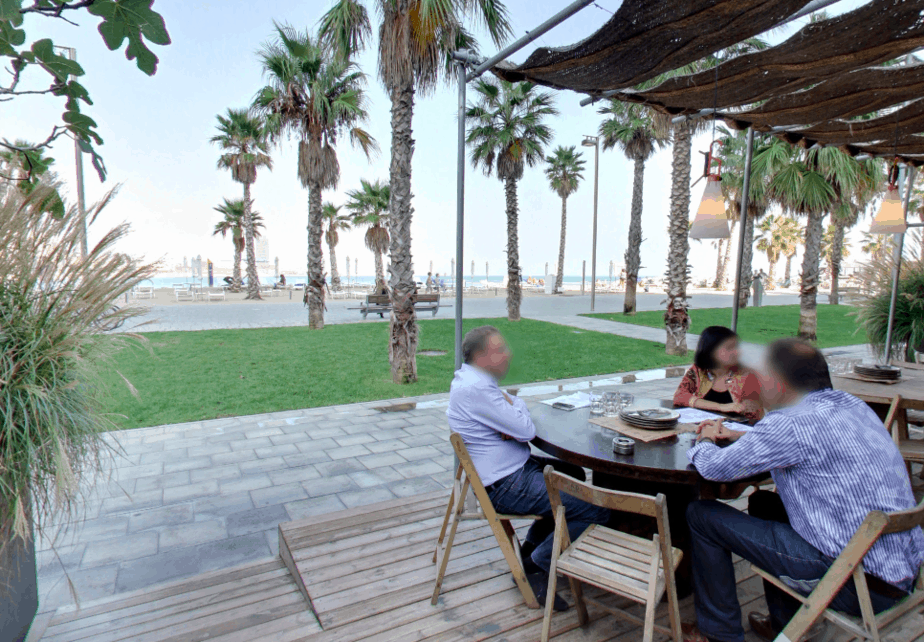 Pez Vela in Barcelona – by Pez Vela – Uploaded by them

While a lot of restaurants in the city center spend time luring passerbys into their establishments with the promise of great food and fine wine, Arume is turning people away by the minute.

This little paella eatery has created quite the name for itself as having near perfected the dish. A reservation to eat here is absolutely crucial, and they are only open for dinner service! 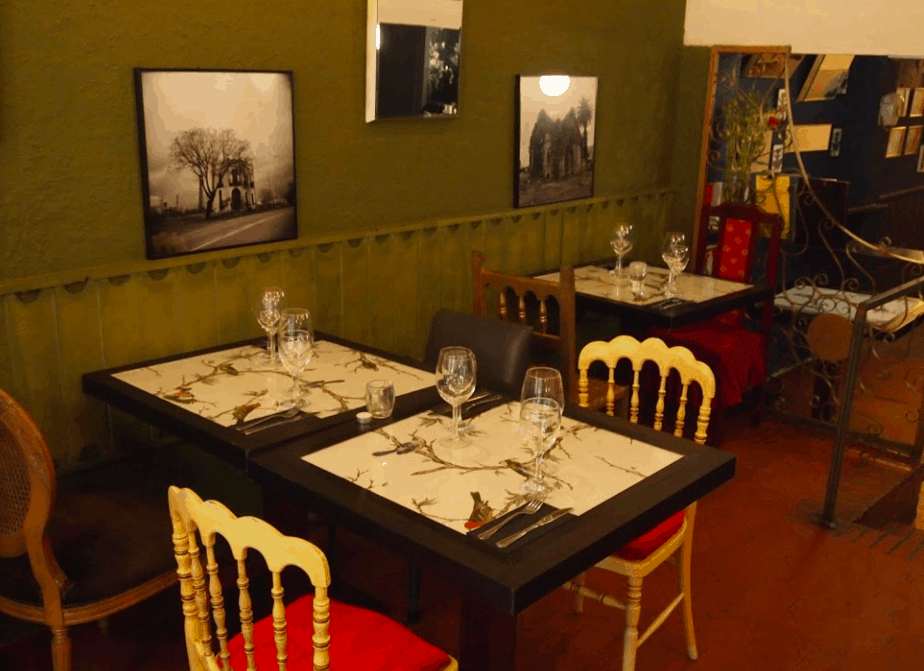 If you’ve been on an afternoon free guided walking tour through the city and are in need of a cocktail and some food then you won’t find anything better than Arume.

Their portioning works on one dish feeding one person; couples and groups are encouraged to share multiple dishes and get a taste for everything. The traditional seafood paella and duck paella are the highlights of the menu.

Martínez is the best rooftop eatery for paella in Barcelona. The restaurant boasts beautiful views of the city and harbor, and this is another spot that surprisingly doesn’t close for siesta in the afternoons.

Dining at Martínez any time of the day is great, but sunset on the rooftop comes in high demand. You will absolutely need to book a table well in advance if you want to eat here at this time 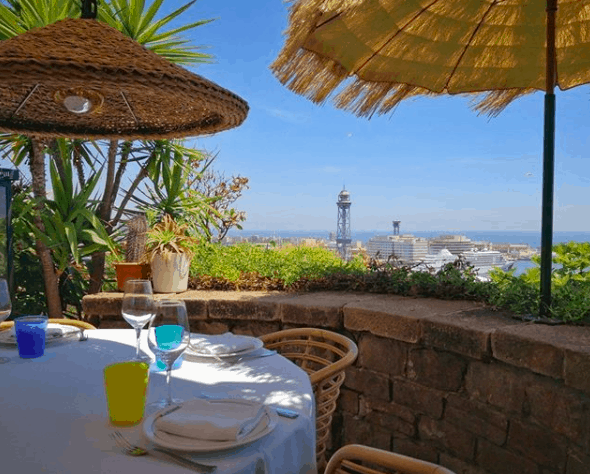 Getting octopus paella right isn’t something that is done often, even in Barcelona. The texture of the octopus is difficult to cook properly next to the rice and one generally overcooks before the other has chance to catch up.

Barraca has mastered the art of octopus paella and people are lining up to eat it at this restaurant in the bay.

In addition to great paella options they make wonderful sangria. It doesn’t get more “Spanish vacation” mode than this. 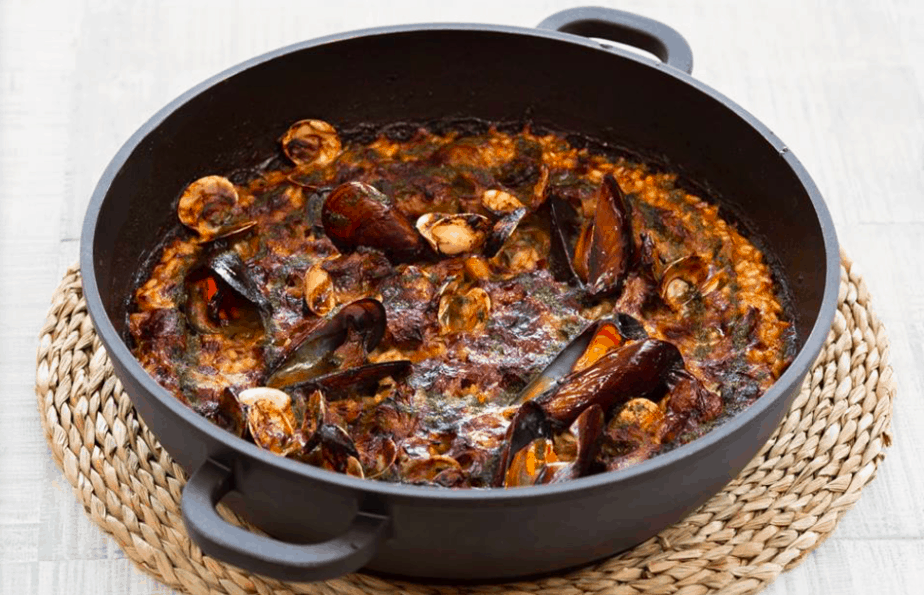 Barraca in Barcelona – by Barraca – Uploaded by them

With the vegan and vegetarian movements seeing through Europe, it was only a matter of time before Barcelona restaurants began experimenting with plant based paellas.

BarCeloneta is competing directly with the many paella restaurants in the port area. It’s a solely vegan eatery that has perfected many traditional Spanish dishes without the need for meat and dairy.

They have a number of vegan paellas on the menu as well as Spanish tapas and desserts. It is fascinating to see how they have cut and prepared different vegetables to closely resemble the taste & texture of seafood inside the dishes. 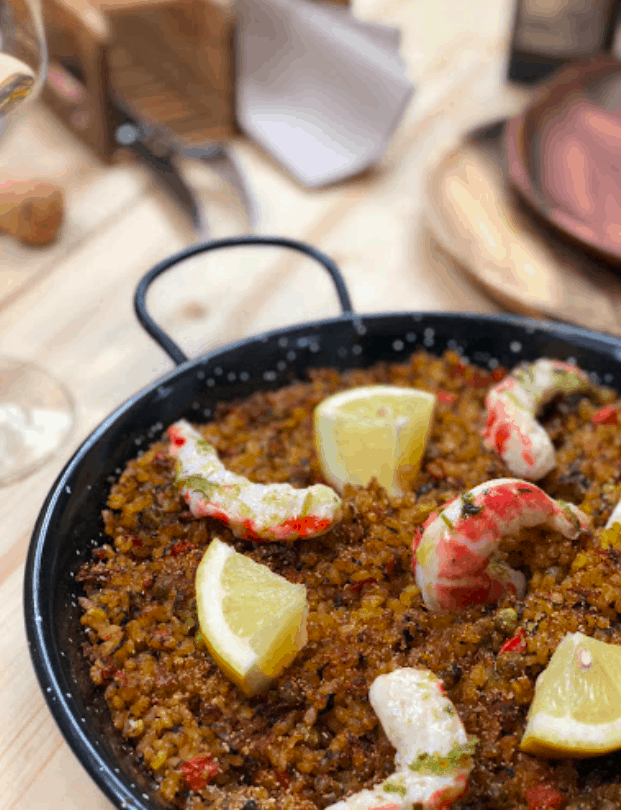