Where to do Yoga in Barcelona

Hara Yoga in Barcelona - by Hara Yoga - Uploaded by them

Where to do Yoga in Barcelona

Barcelona is the health and wellness capital of Spain. Travelers that come here from around the world are always so pleased by how easy it is to eat clean, keep fit and interact with nature on a regular basis.

Yoga studios are available throughout the city and offer long term memberships or drop in classes for anyone who may only be in town a couple of days. Here are some of the city favorites and where to find them.

Yogalinda is Barcelona’s beach front studio. It sits just north of the Barceloneta beaches, in a small industrial neighborhood. They sometimes hold classes on the beach, so keep an eye on this one.

All of the classes at the studio take place in a heated room, which is preferential to some practitioners for the way it gets the muscles moving must faster than usual. 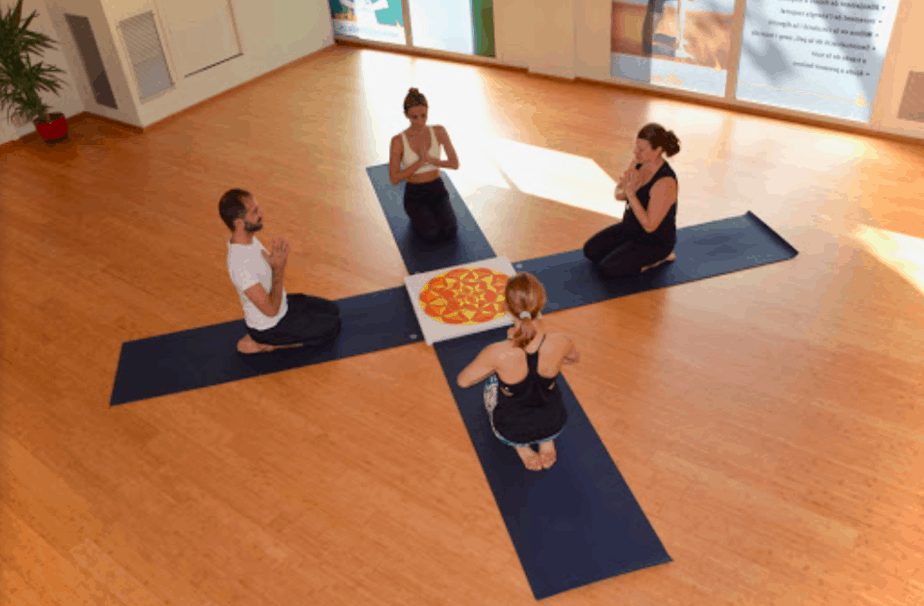 The staff and teachers at Yogalinda are welcoming to all; whether you’re a long time student or simply visiting for one class, they’ll treat you like family. There is a discount rate for your first week if you go through their website.

OPENING HOURS: Monday to Sunday – 9am to 10pm

Glow Yoga is a variety studio back in the city center, right next to the Picasso Museum. Taking a free guided walking tour through this part of old town is definitely a must when you arrive in Barcelona.

Glow has a range of classes on offer including a Sunday evening special that involves yoga and live music. You’ll practice by candle light while a band plays in the background. You will float out of this class. 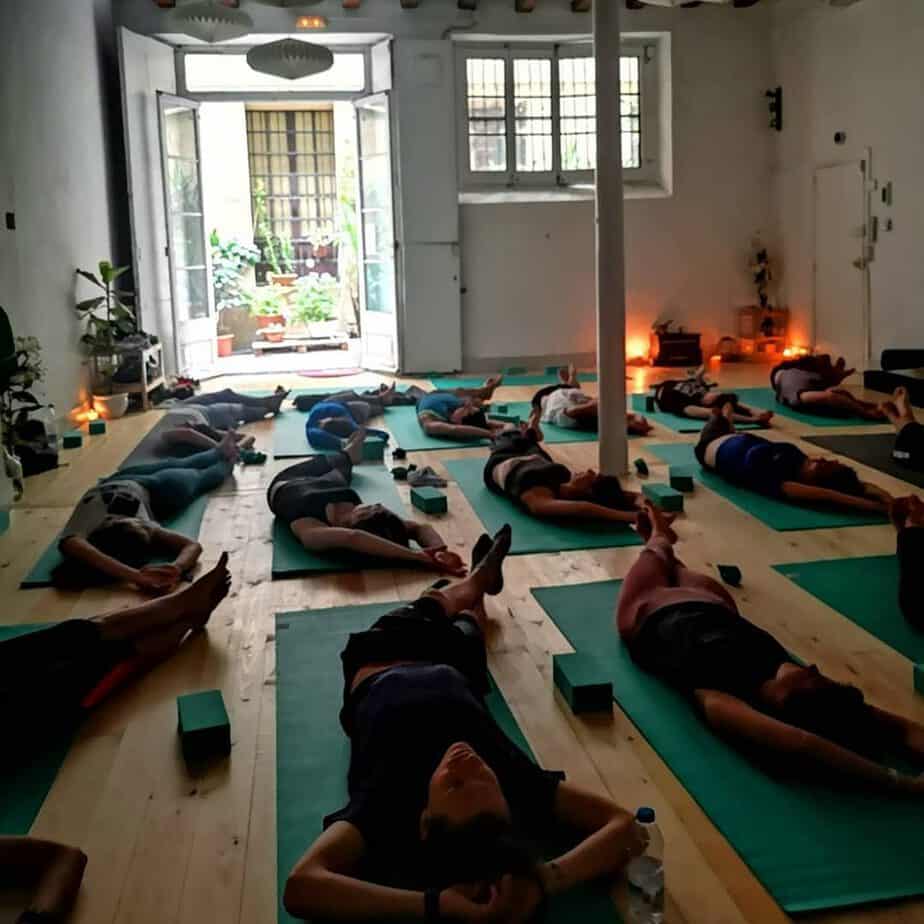 OPENING HOURS: Monday to Sunday – 8am to 9pm

La Shala is just down the street from Glow. It’s a beautiful and spacious studio in an old Spanish building. To get inside you’ll have to buzz at the door and make your way up the staircase.

La Shala offers classes in both English and Spanish. This is also one of the most reasonably priced studios in the city. There are monthly workshops that one can join whether they are newcomers or existing members. 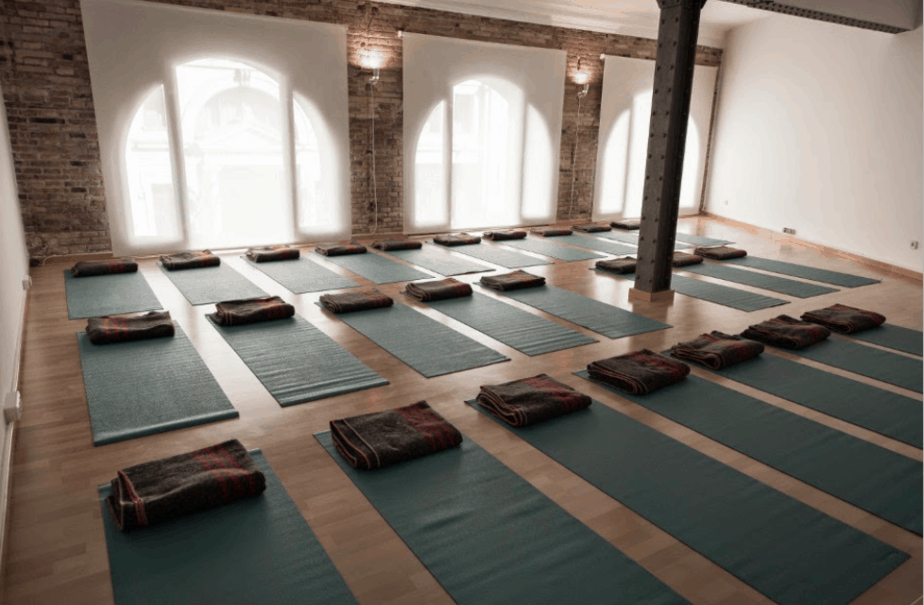 La Shala in Barcelona – by La Shala – Uploaded by them

Jivamukti Yoga studio is the favorite of the locals in the Gothic Quarter. It’s one of the best kept secrets and tourists are only just filtering though the doors.

The teachers here work based off of the abilities of each individual student and you’ll never feel left out or noticeably behind in a class.

Travelers take note that Jivamukti will give you a mat to use if you don’t have one of your own. If you need high quality equipment then this is available at an additional fee. 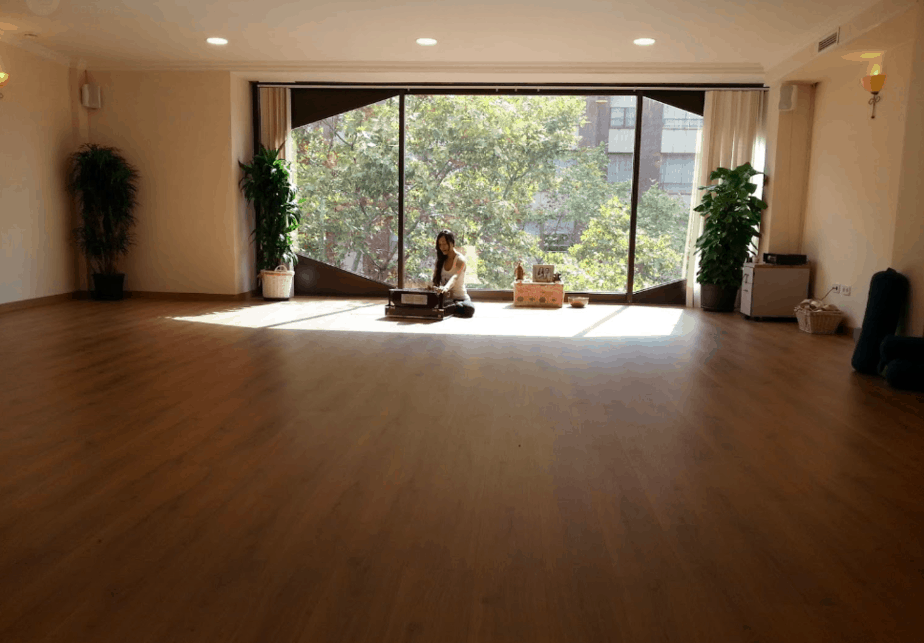 Hara is one of the most beautiful yoga studios I’ve found in all my European travels. The clean space, natural light and themed decor make for a world class yogic sanctuary. It’s a bit of a way out of Barcelona’s center, you’ll have to take a metro and a train to reach it in the north.

They specialize in the Ashtanga practice and have an array of classes for students of all levels. 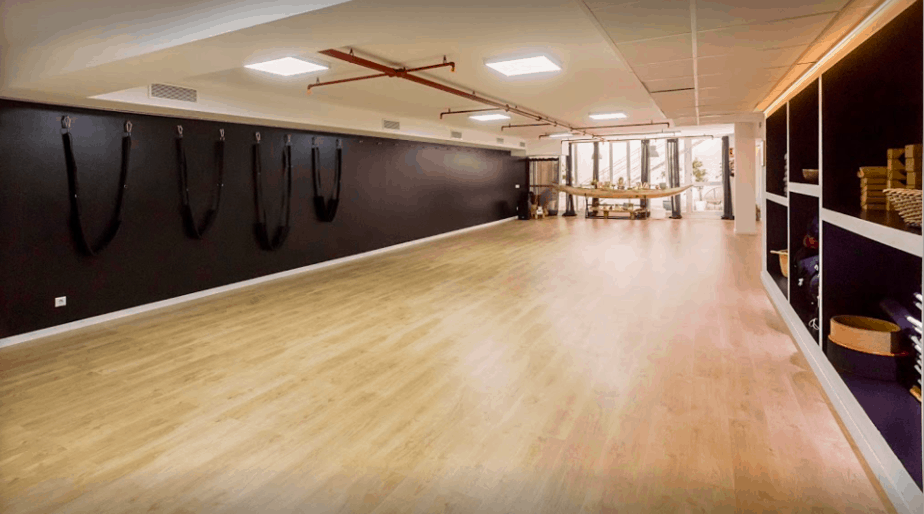 Hara Yoga in Barcelona – by Hara Yoga – Uploaded by them

Yogaia is on the outskirts of Gracia and is probably the best spot in Barcelona to practice Hatha yoga.

The staff are friendly, the studio is clean and Yogaia will happily provide mats to any students who can’t bring their own.

This is a hotspot for yoga studios, vegan cafes and organic food stalls in Barcelona. One can also take a guided walking tour from the east to west end to properly understand this community. It is often referred to as Barcelona’s separate city.

The Garage by Veronica Blume in Barcelona

Poble Sec is an up and coming neighborhood in Barcelona. Much like Gracia, it is slowly but surely filling up with vegan/gluten free restaurants, budget bars and live music venues.

The Garage by Veronica Blume is a new yoga concept to the city. The studio has taken over a glamorous old warehouse; the energy is tangible and it’s a beautiful space in which to get into flow state.

Classes are on offer in both Spanish and English. 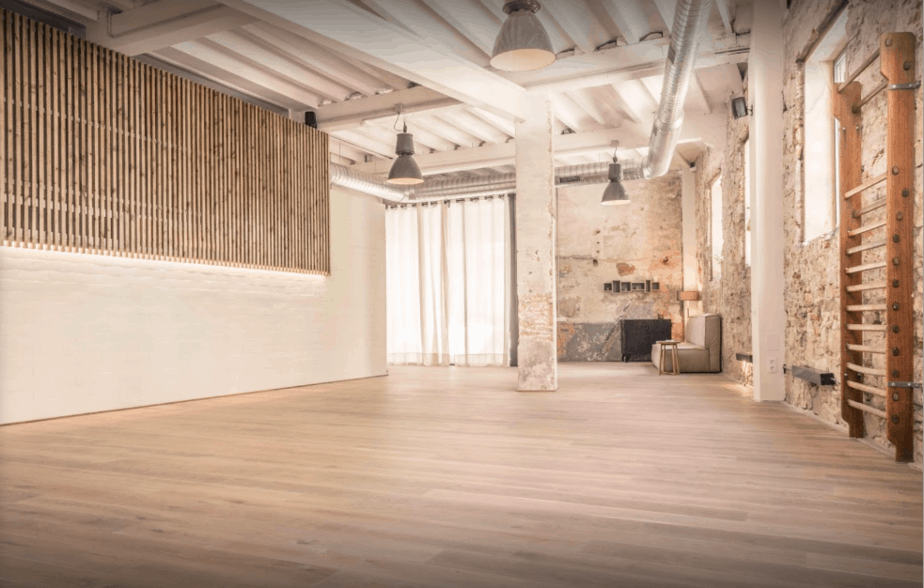 Kundalini practitioners will feel right at home in Happy Yoga. They also offer Sadhana every morning that works on a voluntary contribution basis. These start promptly at 6:30am, before the actual opening hours of the studio.

Happy Yoga is a short walk from the Arc de Triomf and the Ciutadella Park. A stroll through this garden after a class at Happy Yoga is about as zen as you’ll get in Barcelona. 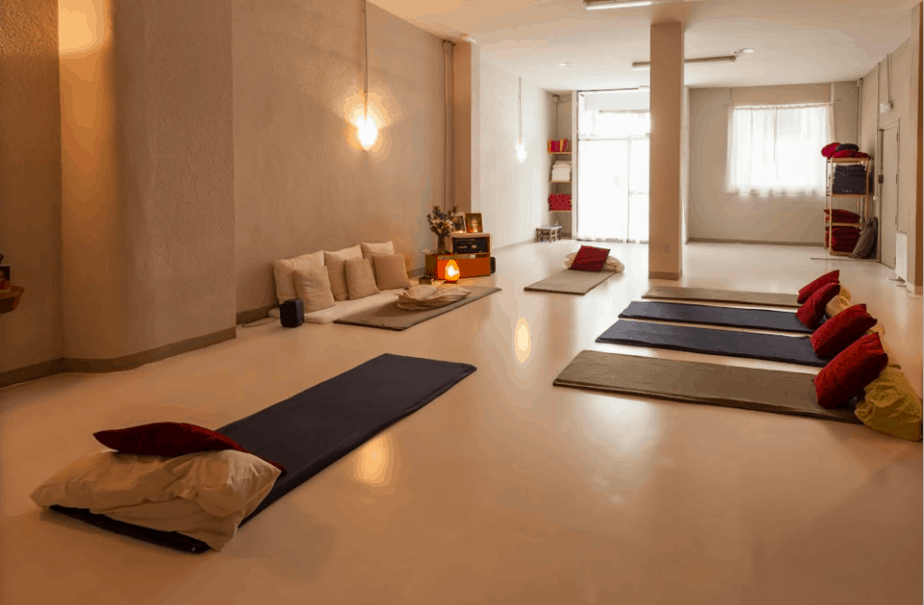 Happy Yoga in Barcelona – by Happy Yoga – Uploaded by them