What to wear in Barcelona? A Guide for All Seasons 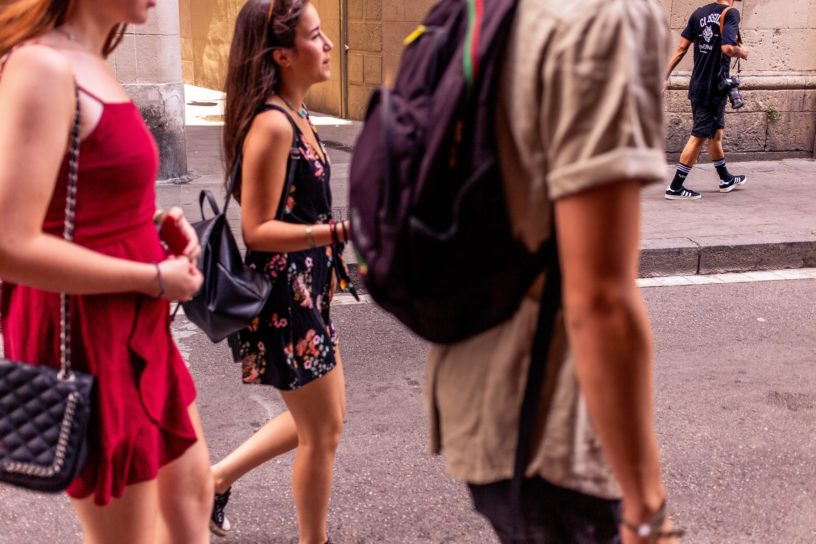 What to Wear in Barcelona? A Guide for All Seasons

Before traveling to any foreign or unfamiliar destination, it becomes beneficial to research tips on what to wear when you get there.

Not only does this give you a better understanding of the weather temperament of the destination in question, it also helps you stick less out like an overeager tourist.

In Barcelona, trends change with the seasons. Let’s start with some basic do’s and don’ts before moving into the seasonal specifics. 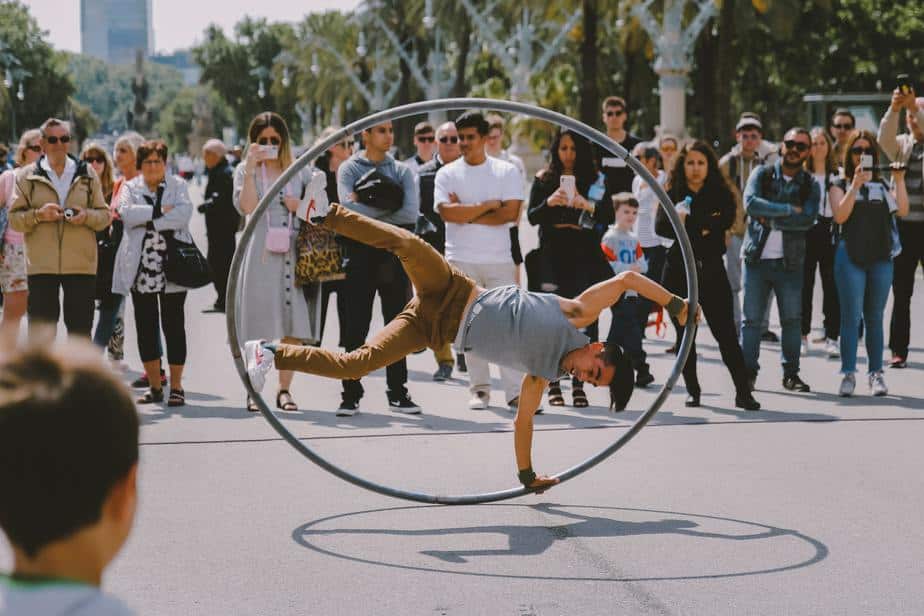 What to Wear in Spring in Barcelona

The spring time in Barcelona is prime exploring period. The summer sun is yet to beat over the city, meaning that being out on the streets for longer than an hour is perfectly doable.

Spring in Barcelona is generally warm, with periods of cool and rainy weather every few days. The closer it gets to July, the warmer and less wet it becomes.

It’s important that you dress to suit unpredictable weather patterns this time of year. A good jacket is all you’ll need in terms of protection from the cold; leather might be a bit heavy, so you’ll want to bring along something closer to denim or corduroy. 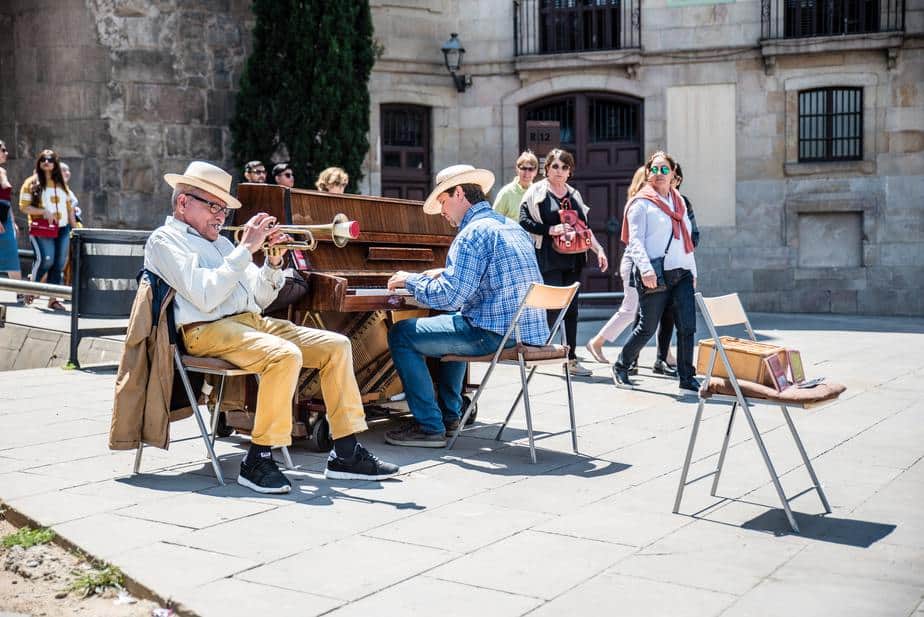 Spring is seen as a welcoming period for summer, and the Spanish like to celebrate with pops of color in their outfits. Bright shoes, chunky jewelry and statement bags will be brought out from having survived the winter in the back of a closet.

Linen pants, full length jumpsuits, distressed jeans and floral print is a good place to start when prepping for spring in Barcelona.

For fun things to do in Barcelona during spring, click here!

What to Wear in Summer in Barcelona

Summer comes in full force to the Iberian coast. You’ll be tempted to wear as little as possible, particular while exploring the streets of Barcelona on foot.

From the breezy shores of Barceloneta, through to the sticky stone passageways in the Gothic Quarter, your summer attire will need to be both thoughtful and versatile.

While on the beach in Barcelona, or anywhere along the shoreline, you’re welcome to don typical beach goer garments. 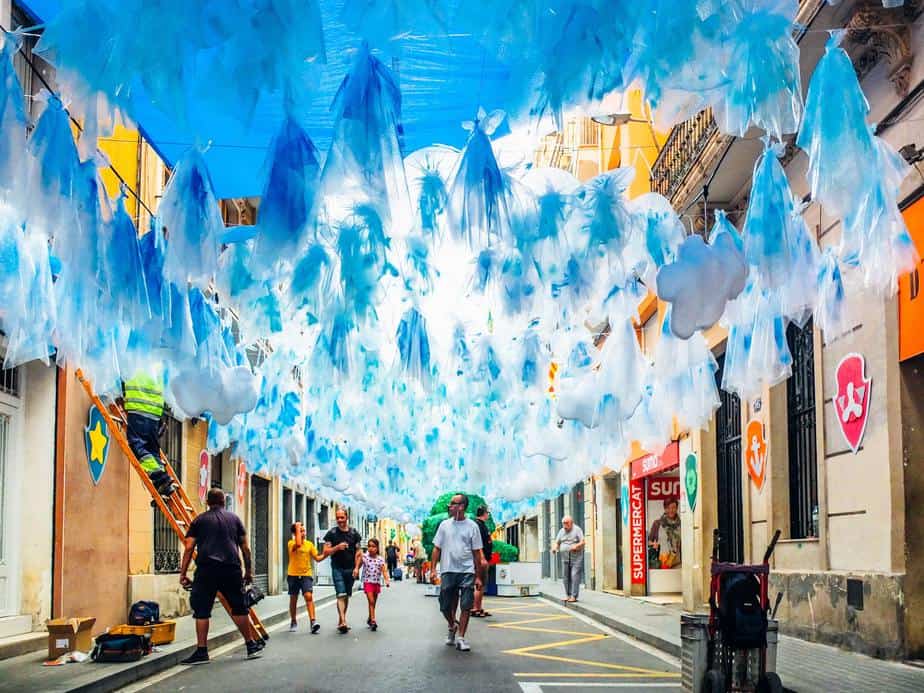 Short shorts, tank tops, bikinis and sarongs are almost the uniform in these parts. Walking up and down the coast in your bikini top is fine, as is visiting most of the cafes along the edge of the water without formal clothing or even shoes. But the minute you start venturing deeper back into the city center, you’ll want to cover up.

Catalonian people are expressive and eccentric, but they’re simultaneously conservative when it comes to what they wear. Walking the city center in your bikini top (or even topless for men) is not illegal, but it is seen as disrespectful.

For summer in Barcelona pack the lightest garments you have; both in weight and in color. Neutral tones attract less sun, and breathable fabric will be your best friend when the humidity begins to climb. 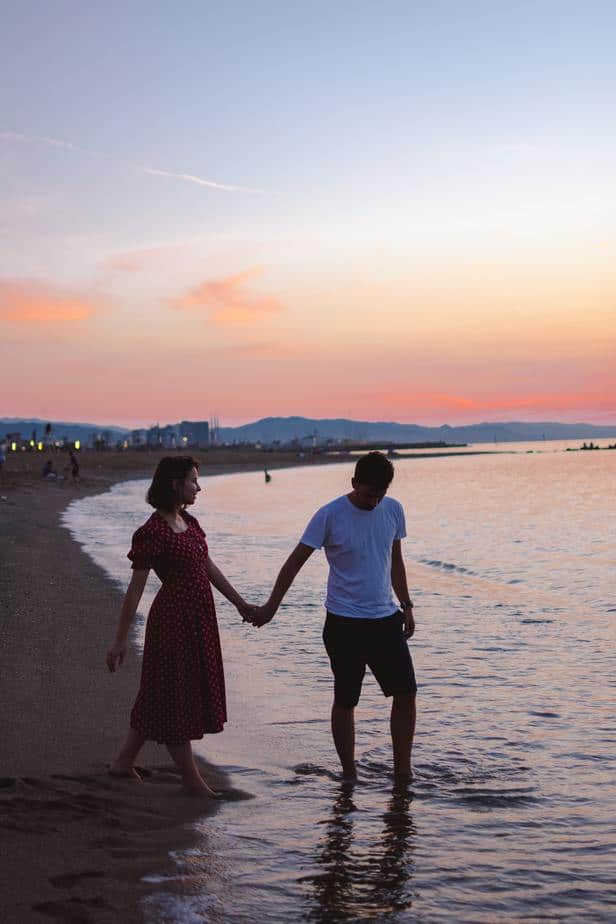 What to Wear in Autumn in Barcelona

Autumn is seen as a somber time intended for winding down from the whirlwind of a summer that just ensued. In truth, this is the most enchanting time in Barcelona, as the city’s abundant greenery begins to turn golden brown and is wildly complementary next to the colorful Gaudi architecture. 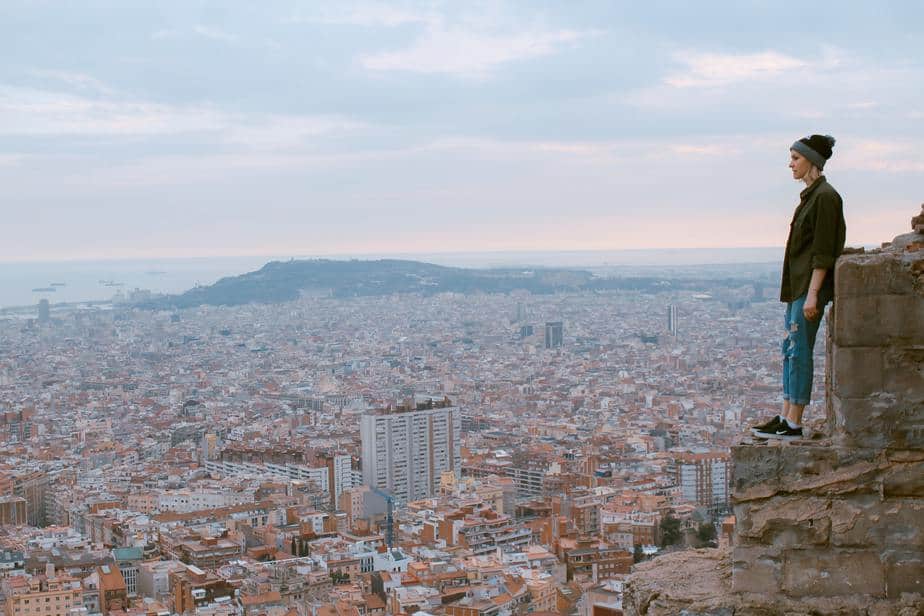 As a general rule, one’s spring clothing can be easily adapted to suit the Spanish autumns. Autumn and winter in Iberia are considerably milder than that of the neighboring nations, so a leather jacket over a maxi-dress, with stockings and boots is perfectly suitable.

In autumn you’ll be able to pull out the heavier everyday jackets such as those made from leather. Oversized knitwear is great if you’re not in a jacket mood. Pair a fluffy sweater with some jeans and ankle boots and you’re good to go.

What to Wear in Winter in Barcelona

Finally, the winter arrives. While nowhere near as icy as winter across the rest of Europe, temperatures in Barcelona have been known to drop as low as 4°C on some evenings.

As with any European destination, layering is the key to surviving. Even in Barcelona much of the infrastructure is designed to remain toasty inside, albeit chilly outside. You’ll need your thicker layers such as coats and scarves while walking the streets, and then thinner layers for when you settle into a cafe for a meal, or enter a museum. 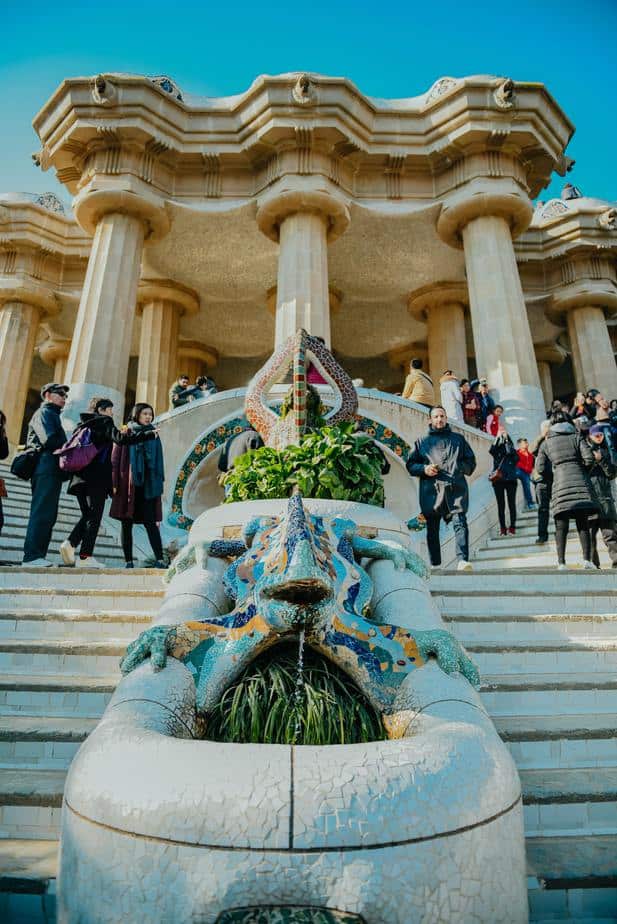 Thick jeans will suffice in Barcelona’s winters, but if you’re sensitive to cold then an extra layer of leggings underneath them is always an option. Most people in Barcelona keep their winter attire quite neutral in tone, opting rather for colorful statement earrings or a handmade scarf to show unique flair.