Unmissable Architecture by Gaudi in Barcelona (with a map) 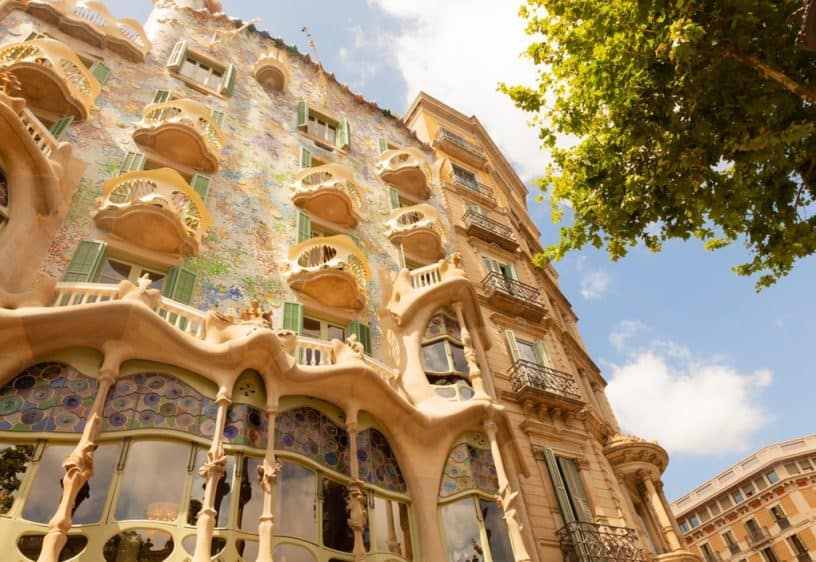 Unmissable Architecture by Gaudi in Barcelona (with a map)

Antoni Gaudi is the most influential architect of the Catalan region, and one of the most important architects in European history.

He spent most of his life living and creating works in Barcelona. His style is considered unique, one of a kind and unlike anything the world had seen prior to or since. Many architects, artists and students from around the world have Barcelona on their Bucket Lists purely to see the buildings in the flesh. 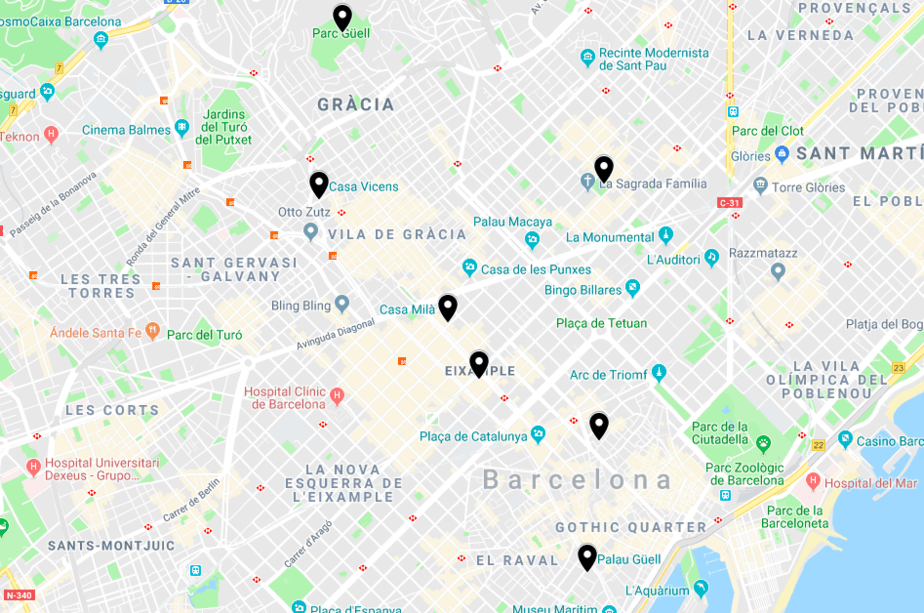 Gaudi’s architecture in Barcelona is unmissable, even if you don’t set out with the intent of seeing any you’ll pass them by eventually.

Perhaps the most famous of Gaudi’s contributions to the Barcelona skyline. The Sagrada Familila is by far his grandest, most impressive work, yet it remains unfinished long after the creator’s passing.

Standing tall in the center of Barcelona, the Sagrada Familia church is an absolute wonder to behold. The church can be visited on the inside (at a fee) or simply gawked at from the outside. 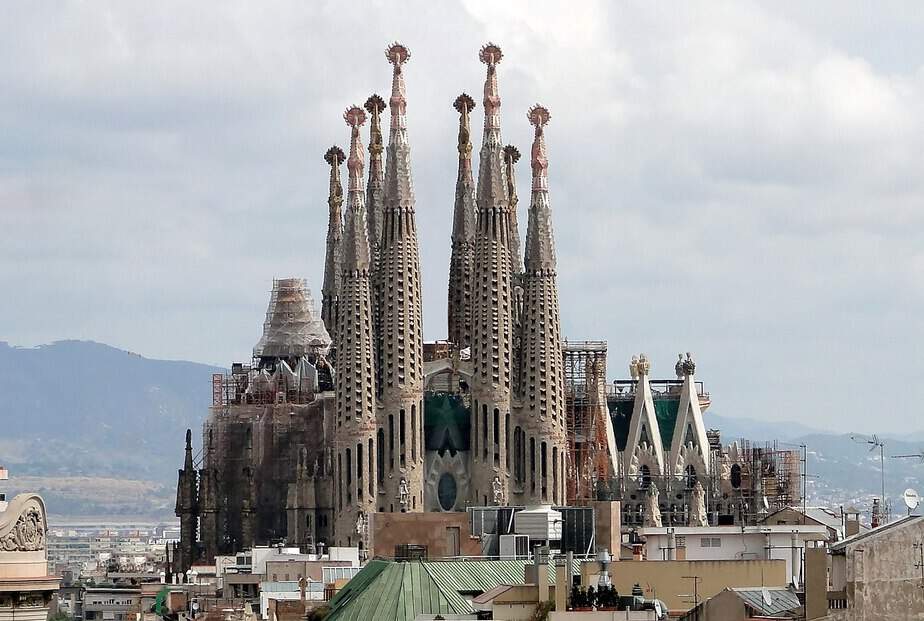 The neighborhood holds man rooftop bars that overlook the church from a distance. It has been in the works since 1882, which means this structure has officially taken longer to complete than the Great Pyramid of Giza.

OPENING HOURS: Monday to Sunday – 9am to 8pm

On the southern outskirts of Gracia we find another Gaudi masterpiece. The Casa Mila was the last private residency commissioner work that Gaudi took on before his passing.

Locals know this building as “the stone quarry” because of its rough, stone exterior and strange lines. It is formed like a sort of psychedelic trip rather than a building with defined edges and floors with a clear start and finish. 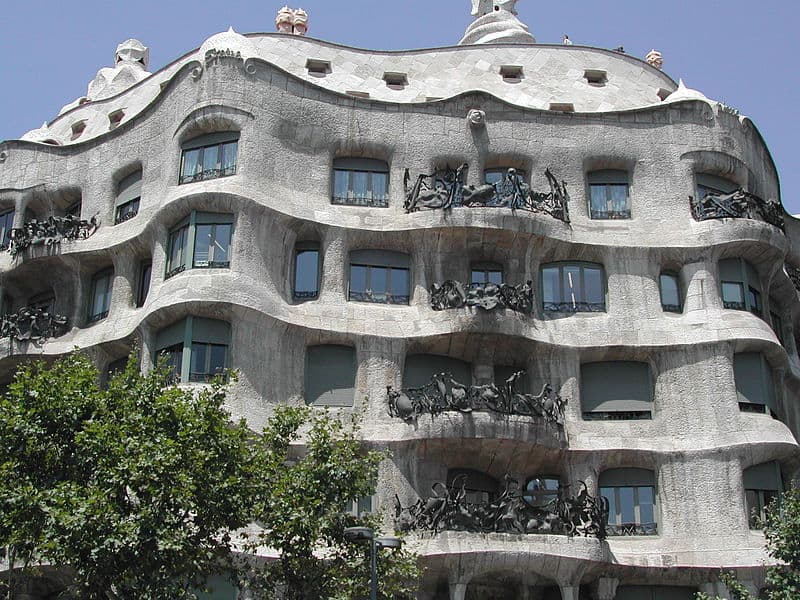 Again, the Casa Mila can be explored both inside for an entrance fee or just from street level. This Gaudi building is open the latest of them all, with visitors still being allowed in at 11pm.

The Casa Vicens is further north in Gracia and marks a highlight for sightseeing and guided walking tours through this area.

This is considered to be one of the most important early works of the artist. It was one of his first residencies and it held distinctly unique design compared to anything he had done prior. 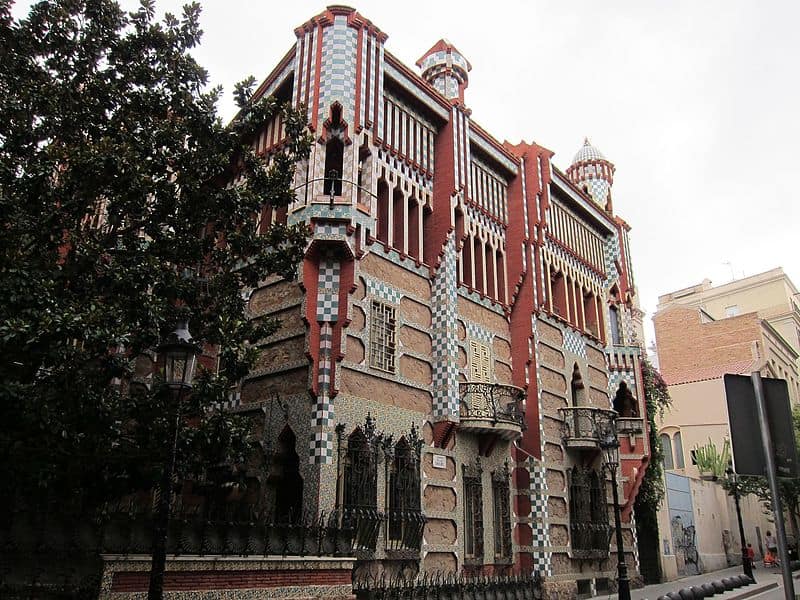 OPENING HOURS: Monday to Sunday – 10am to 8pm

Gracia was graced by the hand of Gaudi repeatedly. The Parc Güell is regarded by many local Barcelona folk as their personal favorite contribution to the city.

This park was commissioned by one of Gaudi’s biggest clients, the count of Güell. It’s a garden complex designed in true Gaudi style, with many elements to be explored in a park-like setting. 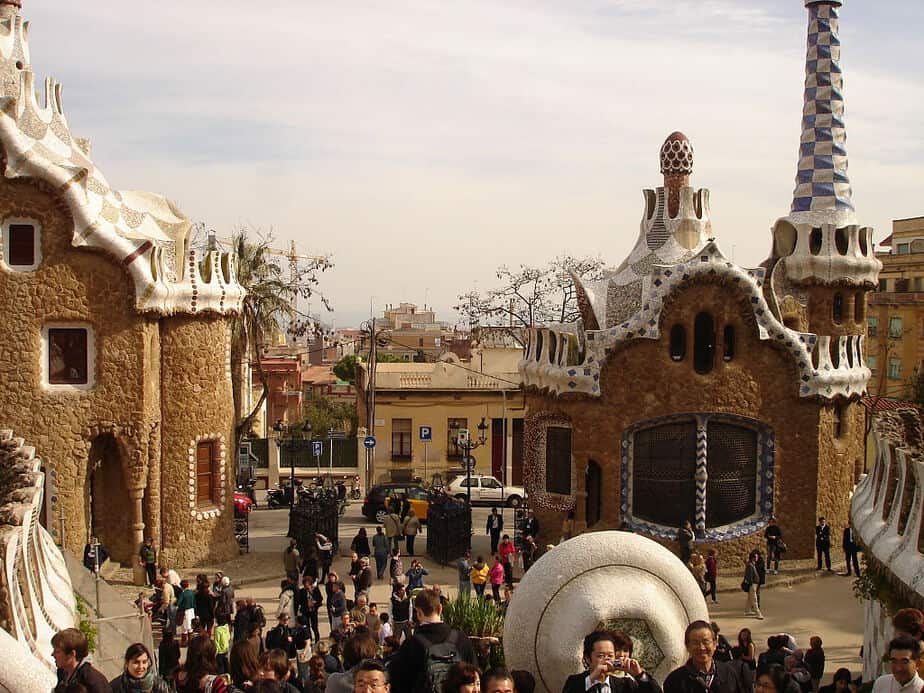 In the center is Gaudi’s home, which is not the Gaudi House Museum. Most of Gaudi’s influence was drawn from nature, so a park exhibit of his work is the perfect setting to grasp parts of the creator’s mind.

The Count Güell was a big fan of Gaudi’s work, and the two ended up becoming close friends over time. The Palau Güell is another building that was commissioned by the count to be constructed in the Gothic Quarter close to Barcelona’s old town.

There are free guided walking tours that will take you right past this incredible mansion. The space was built with the intent to hose lavish dinners and parties for some of Spain’s most affluent families. 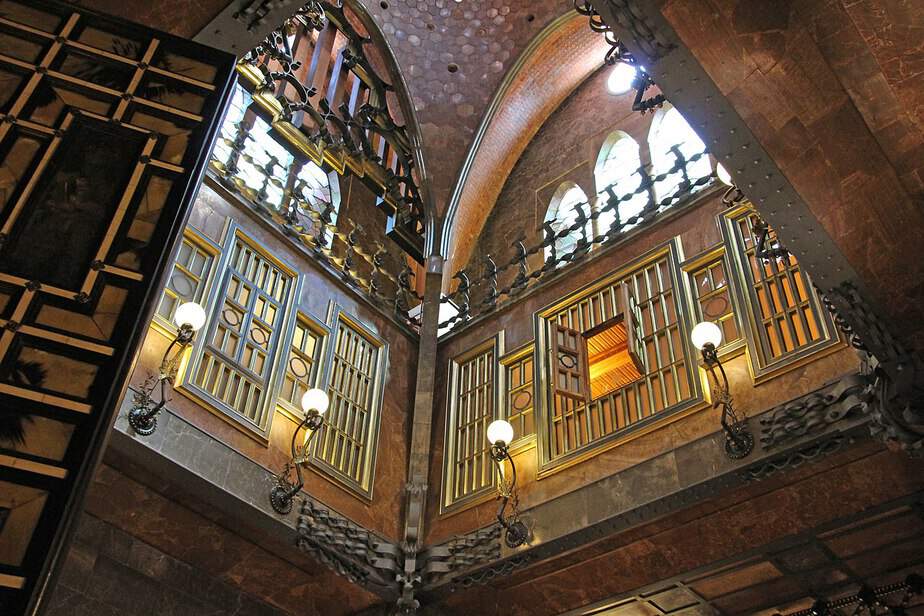 This also ended up being the residential home for the Güell family for a number of years. This is one piece of Güell architecture that is worth exploring inside just to begin to fathom the interior dome that holds up the rest of the building.

Gaudi was never one for straight lines, and the Casa Batlló is another prime representation of this.

This was a very personal project to Gaudi. In 1904 he sought to restore an old building constructed in 1877. It was to be his most whimsical exterior to date, featuring ceramic mosaic, iron and stone. It appears almost skeletal, which explains its street name of “house of bones”. 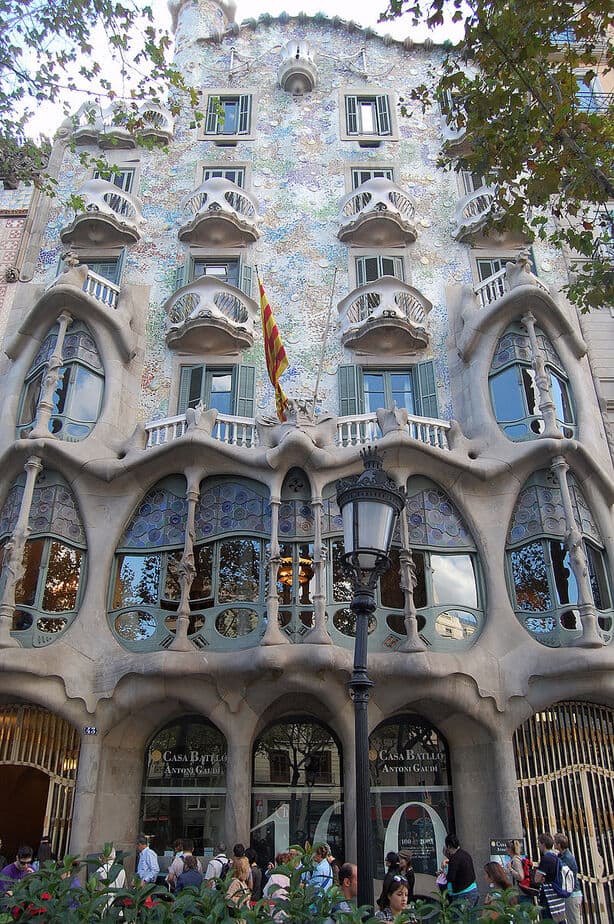 Children love visiting this Gaudi attraction in Barcelona. It looks like sort of fairy home, something enchanting on the otherwise very normal suburb street.

OPENING HOURS: Monday to Sunday – 9am to 9pm

Let me be clear, the Palau de la Music Catalana was not a building created by Gaudi, but rather by his teacher Lluís Domènech i Montaner.

When exploring Gaudi’s architecture in Barcelona it is important to pay this concert hall a visit along the way as well, as it gives greater perspective on the journey Gaudi took to become the creator he was. 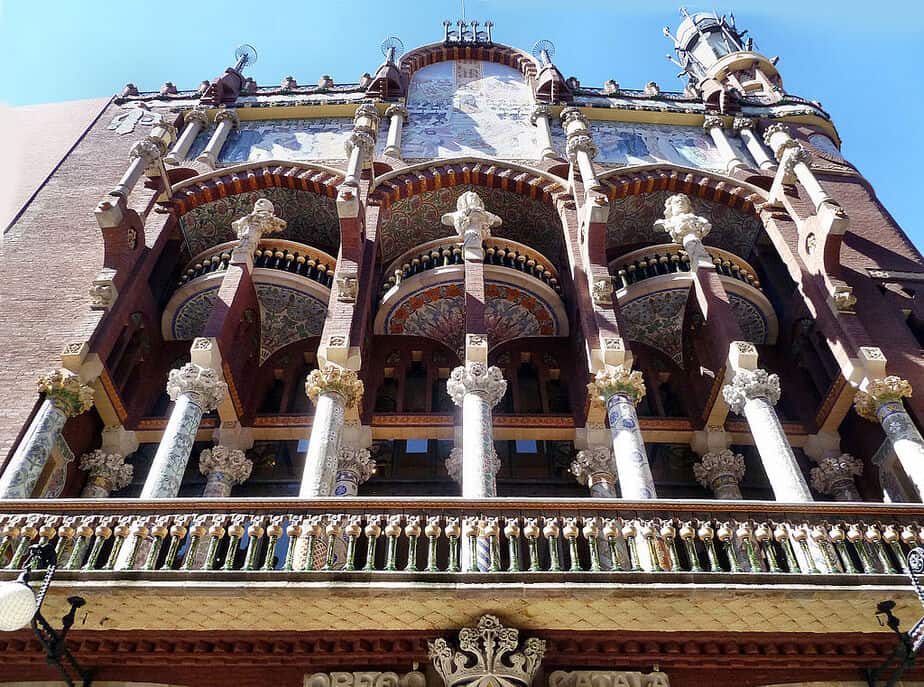 This building shows his influence; what sparked creativity in him and the teacher who was able to help him move into his architectural destiny.