When the beach and promenade along Barcelona’s coastline were constructed in 1992, the city took a dramatic turn toward healthier, active living, and the diets of the people went along for the ride.

While a lot of the locals are happy to sit and eat paella all day, there are large youth movements centered around plant based and organic eating. These are but a few of the cafes and restaurants that are joining the hype.

One thing I love about Europe are the market/restaurant hybrid spaces, especially they ones that are entirely organic.

Woki is a gem in the westernmost region of the Gothic Quarter. It’s right across from the University of Barcelona; even without a guided walking tour you won’t miss this spot.

Woki is a market with all of the produce and ingredients you’ll need to stock up your Airbnb in Barcelona for home cooking. You can then eat in at the market cafe, where they do a range of meals across a variety of different cuisines. 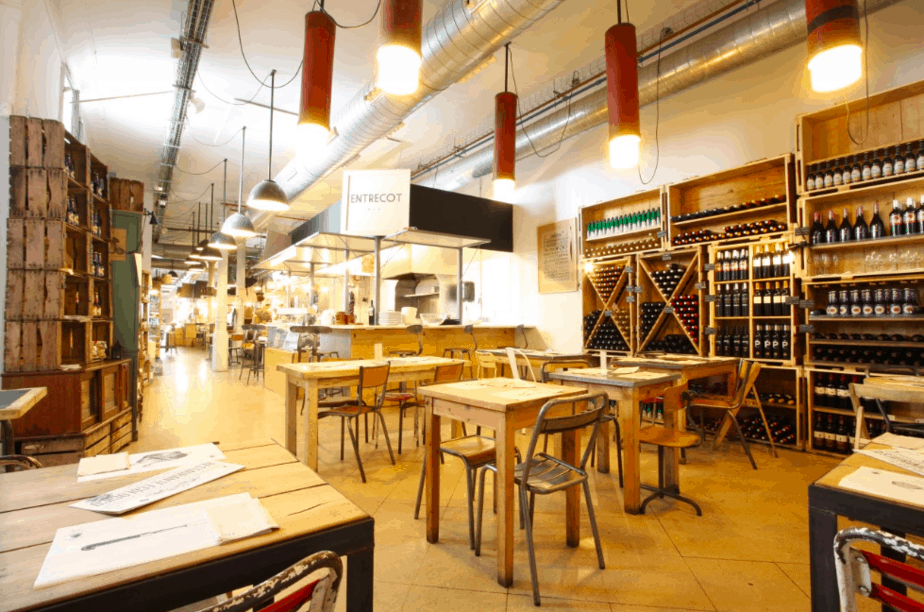 The name “Woki” had to come from somewhere, and my best guess is the wok fried main meals that they do using their organic vegetables and meats.

They only close for eight hours out of the day, which means you can eat virtually every meal here if you really wanted to. The perk of being situated so close to a university is that prices can never be too high or they lose that entire target market. For well prices and delicious organic food in Barcelona’s city center, this is your spot.

OPENING HOURS: Monday to Sunday – 8am to 12am

In Barcelona organic eating and vegetarian restaurants tend to go hand in hand. This is because it is far easier to find organic vegetables in Spain than it is to find organic meats. Meats usually have to be imported, which sends menu prices soaring.

Biocenter is not far from Woki, just a few block south into el Raval. Being the trendy neighborhood that it is, this is one of many organic cafes in el Raval. 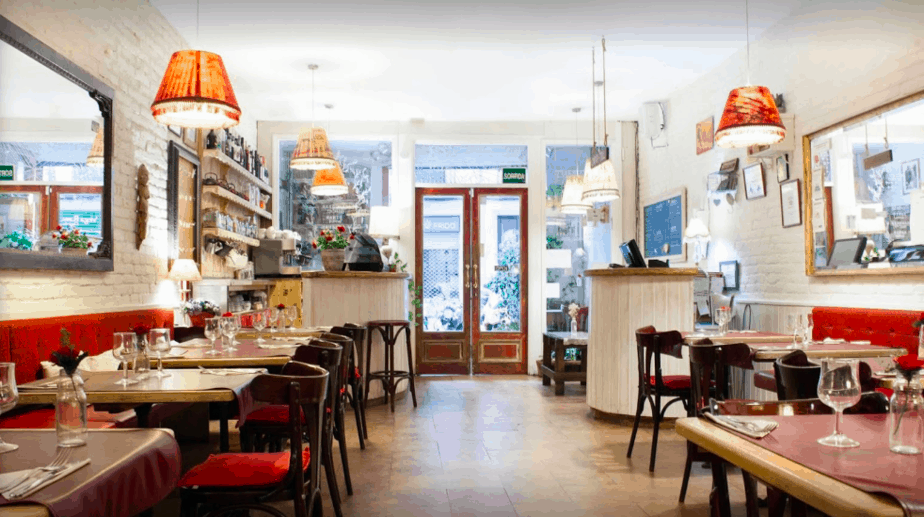 Biocenter in Barcelona – by Biocenter – Uploaded by them

Burgers, salads, vegetable plates, hummus, soups, tarts… you name it. Biocenter is destroying the stigma around vegetarian dining, using plant based substitutes for meat so well you can hardly tell the difference.

I must also mention that even their beer and wine menus are entirely organic, which is something many people don’t even think about until it is put in front of them. Your body and soul will thank you for this lunch or dinner treat. Make a reservation for evening dining on weekends… this is no longer el Raval’s best kept secret.

I would go to the Gothic Quarter for a lot of things; to see medieval architecture, take a free guided walking tour, or browse unique boutiques to my hearts content. Eating organic would normally not be on the agenda.

Alas, another trusty vegetarian restaurant brings the goodness of organic food into this ancient town. Salterio is, literally, a hidden gem. So well hidden that you’ll probably walk by in a few times in the alleys before you actually see the entrance.

The interior seeks to reflect the streets outside; period ambience with dated furniture and dim lighting, making it one of the most majestic little organic cafes in all of Barcelona. 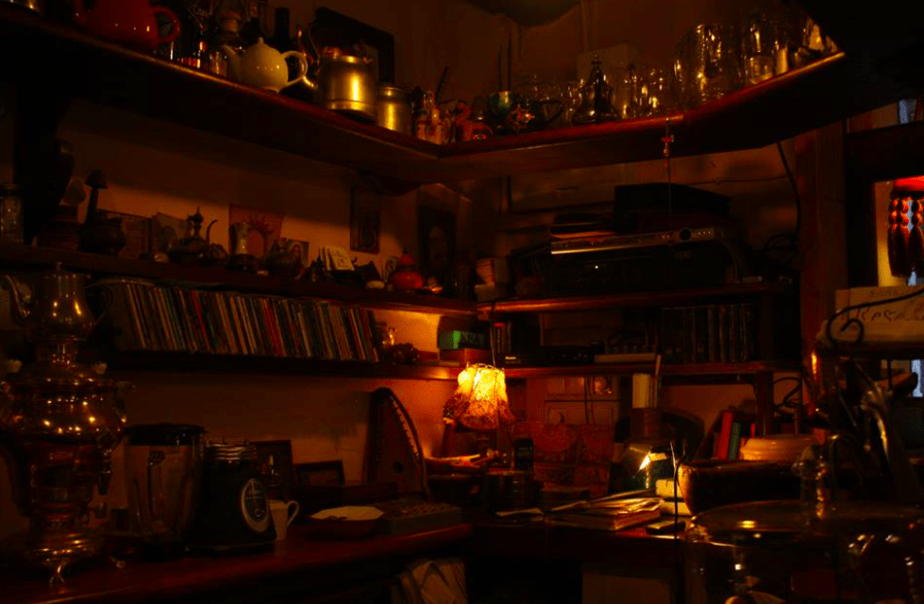 Salterio in Barcelona – by Salterio – Uploaded by them

Salterio have blessed us by keeping their doors, and kitchen, open until 1am seven days a week. There is nowhere else in Barcelona where one can eat organic food so late into the evening.

I really encourage all meat lovers who are open to having their mind blown by mock-meats to eat at Salterio at least once during their Barcelona visit.

OPENING HOURS: MONDAY TO SUNDAY – 1PM TO 1AM

Les Corts is a neighborhood in Barcelona considered to be “out of the way” or “not worth the journey”. Those who take an afternoon or evening to explore this western region are always pleased that they did; les Corts is a food lovers haven hosting some of the best cuisines that this city has to offer.

As far as I know, Restaurant OhBo is the only organic eatery in les Corts at this time. The cuisine is Mediterranean, featuring a lot of fish and fresh produce. Vegetarians and vegans are catered too as well, with a number of dishes on the menu that are suitable. 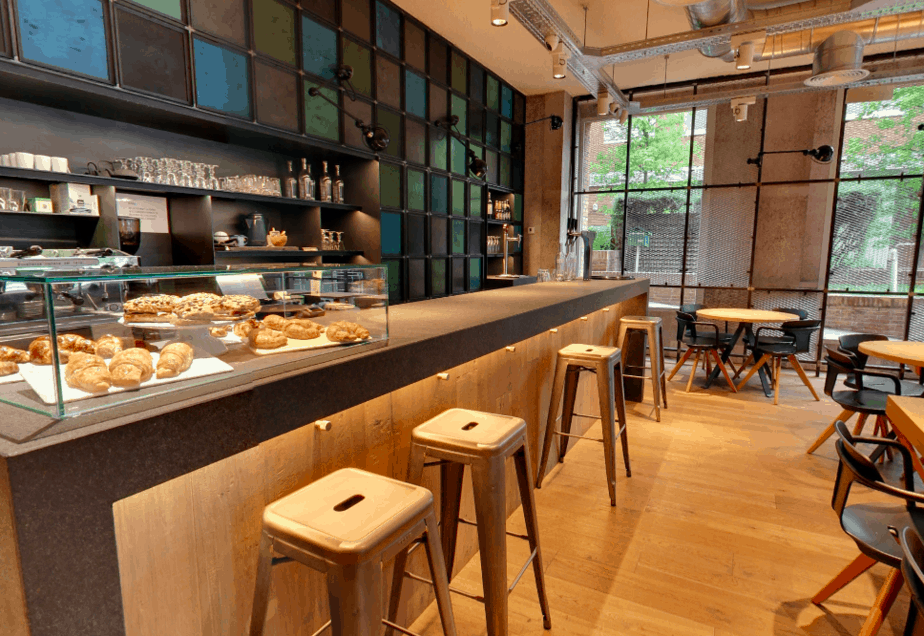 OhBo is another spot that only closes for a few hours between midnight and early morning. If you need to eat all three meals of your day in organic fashion, this is where you’ll do so.

OPENING HOURS: Monday to Sunday – 9am to 12am

Alright, back to el Raval for our last organic cafe that I love.

Petit Brot is raw food health at its finest. Nothing in this cafe touches a hot plate, which means you are consuming the maximum nutrients available to your humanly body with every bite.

I come for the raw sushi and pressed juices. Their salad bowls are outstanding as well, and photograph like something the rainbow gods might have chopped up with their bare hands. 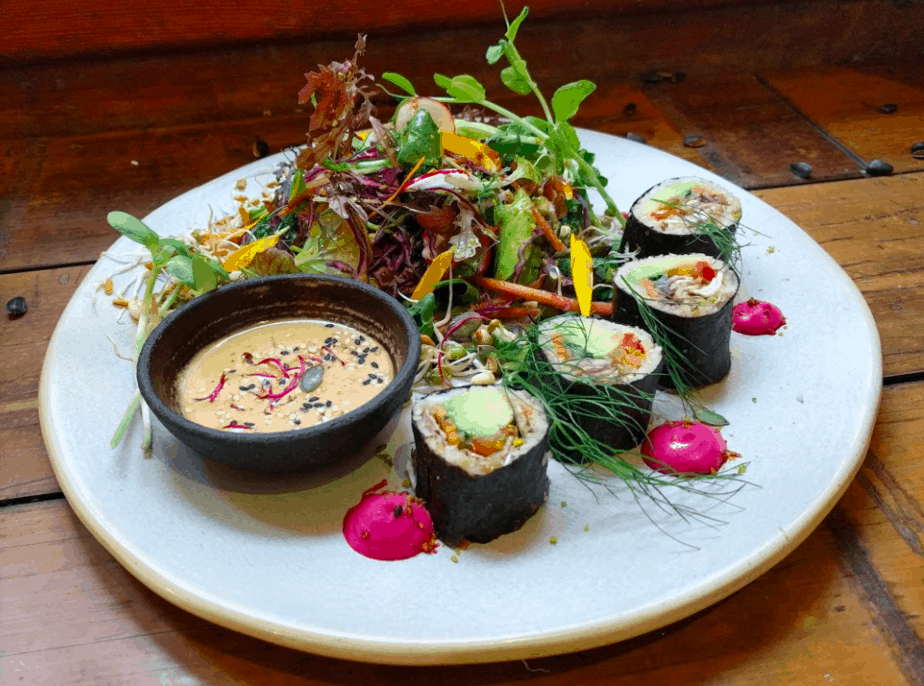 Petit Brot in Barcelona – by Petit Brot – Uploaded by them

The only downside to Petit Brot is their opening hours. Three and a half hours of service a day, aside from Sundays and Mondays when they are closed. It’s a very small organic window you need to jump through, but worth the leap every time. See you between one and four!