Top 10 Walks to Take in Barcelona 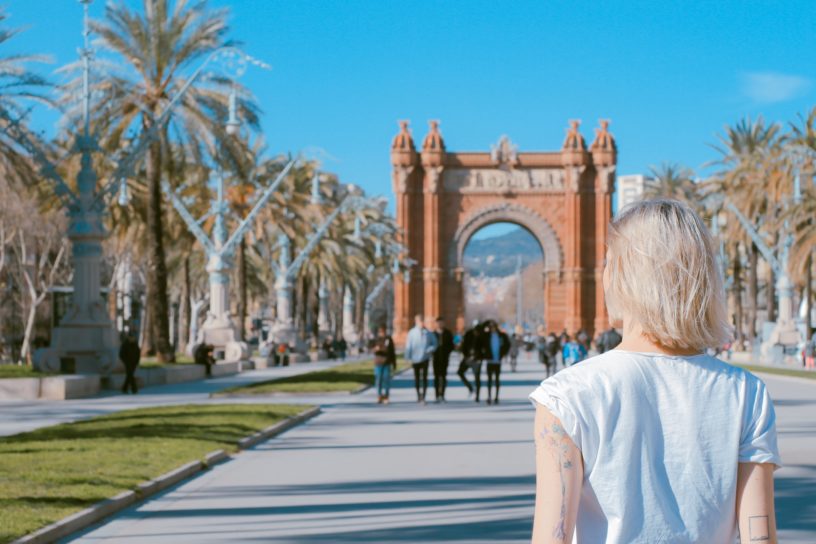 Top 10 Walks to Take in Barcelona

Barcelona is a city best explored on foot. And lucky for you, the climate persists this kind of exploration year round!

I took the liberty of listing ten of the most worthwhile walks one can do in this Spanish city. Together, they’ll give you compressive coverage of the most important neighborhoods and sights that Barcelona has to offer. Let’s go!

1. Walk Between Gaudi’s Buildings in Barcelona

Gaudi influenced a lot of the architecture that we today identify as distinctly “Barcelonean”. His most important buildings are found in the city center, and walking between them is something easily done in under a few hours. 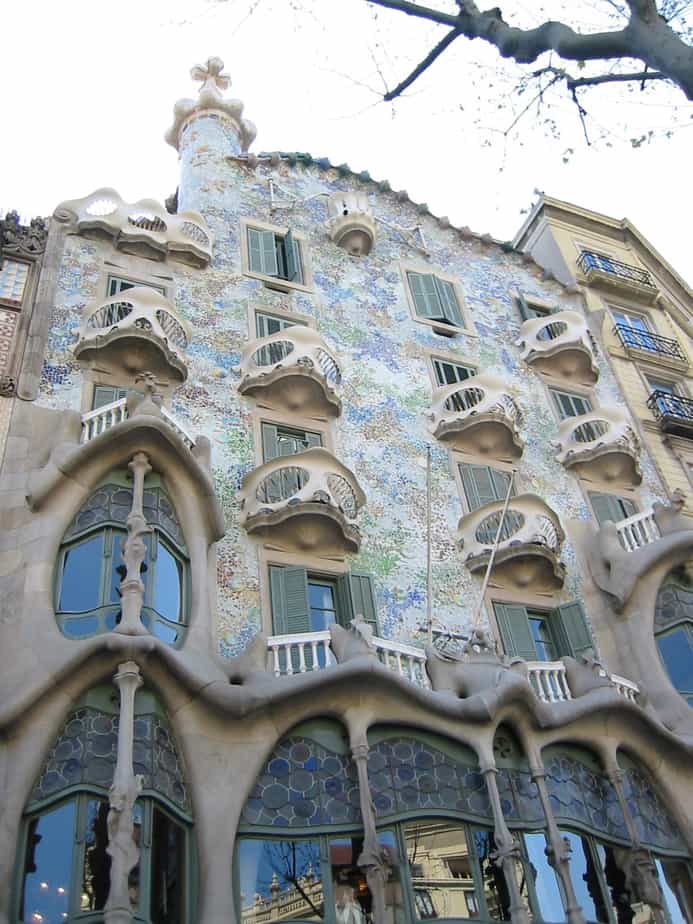 If you click here, you’ll find a map of exactly where each one sits and how to get to it.

If you’ll be self guiding your way to each of the buildings, be sure to download some information about each one prior to your walk. These are fun to read when you’re actually standing before the structures.

2. Walk to the Summit of Montjuïc in Barcelona

Montjuïc is a hill in the southern suburbs of Barcelona. It boarders the neighborhood of Poble Sec, and this is where you’ll find the walking trails up to the summit.

A lot of people make their way up Montjuïc each evening in order to watch the sunset over the city and the water. It’s also wonderful spot for a picnic. 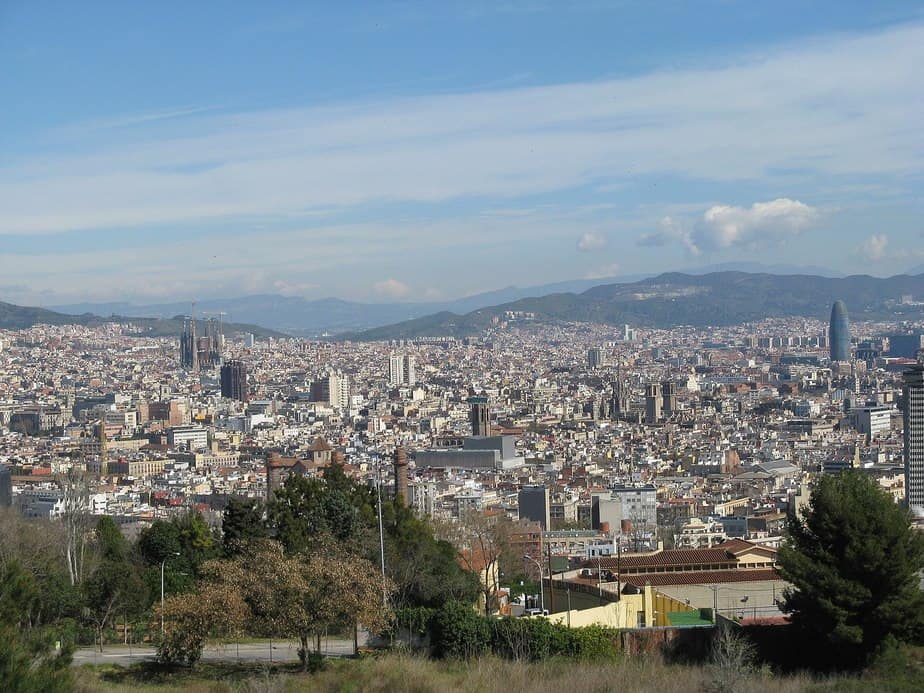 3. Walk the Streets of the Gothic Quarter in Barcelona

The Gothic Quarter is the old medieval district of Barcelona.

It’s part of Old Town, and is now a trendy quarter filled with bars, restaurants and dance clubs.

It’s a vibrant cluster of streets to walk through, both day and night, offering a unique perspective on architecture not seen anymore, particularly in Spain. 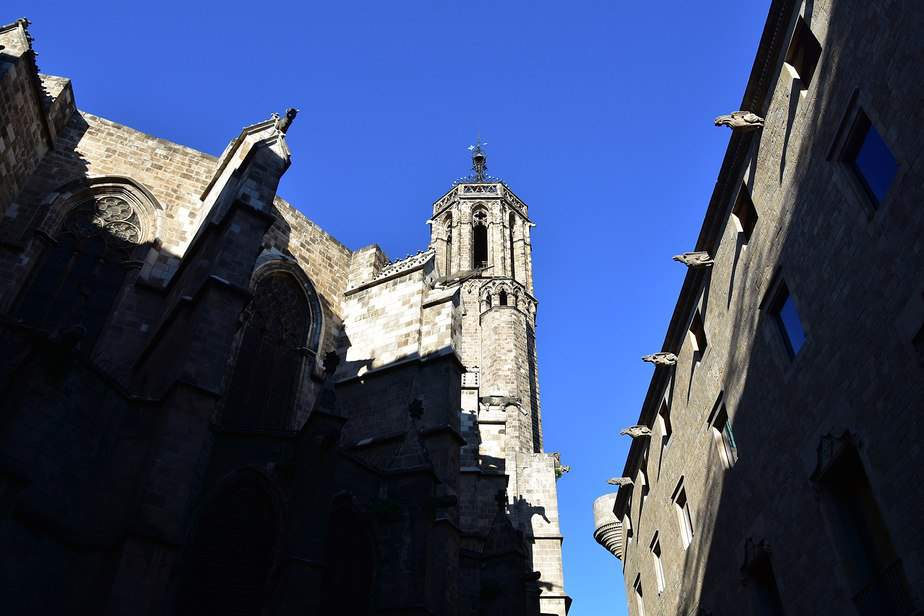 4. Walk Along Barceloneta Beach in Barcelona

Barceloneta beach is Barcelona’s newfound claim to fame. The city beaches are man made, and were the product of city renewal the year Barcelona hosted the Olympic Games.

The four kilometer long stretch of synthetic beach looks and feels like any other natural costal region in Europe. You’ll walk for hours, seeing many different art installations, public facilities and entertainment activities.

When you’re ready, stop for a swim and a sunbathe. 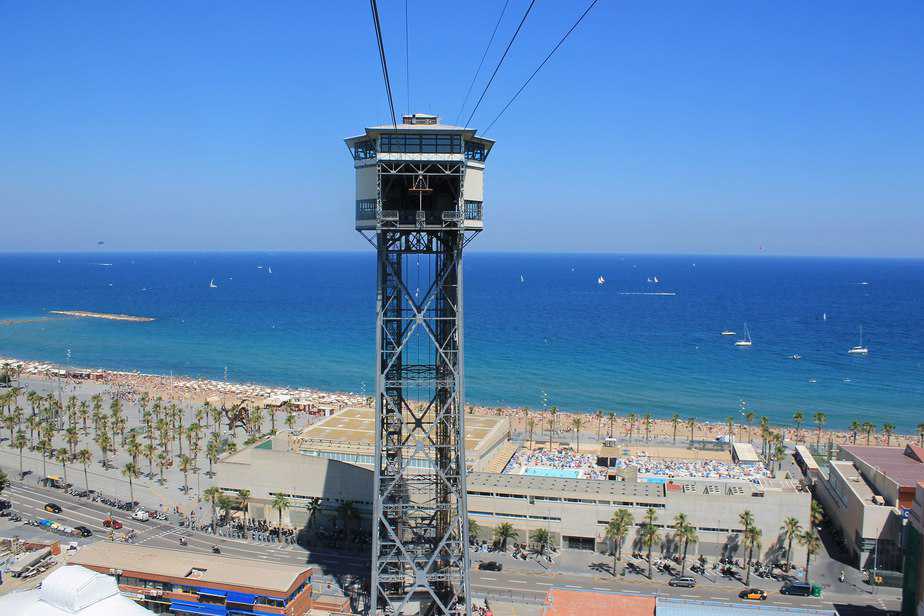 5. Walk Down the Rambla de Raval in Barcelona

The Rambla de Raval is a tree line strip that cuts through the center of el Raval.

It’s known as a popular tourist hangout, perfect for a stroll when the weather is showing off.

There are many spots to eat along the rambla, though some prefer to avoid dining here as most of the restaurants are tourist traps.

Start at the side closest to the water, and work your way into the city. At the end you’ll come to a spot called Taco Alto; great Mexican food and not as overpriced as the other restaurants on the strip! 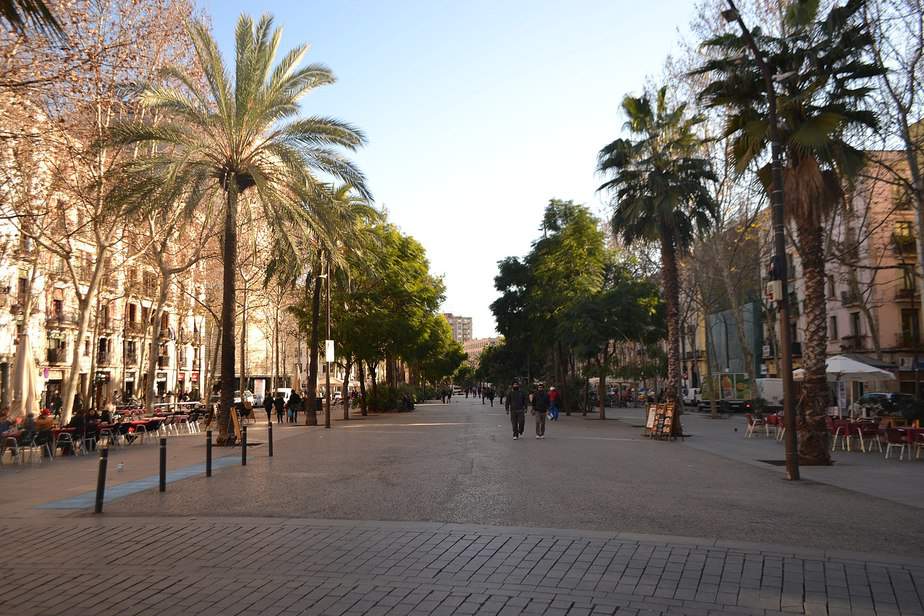 6. Walk Through Park Güell in Barcelona

While most of Gaudi’s works can be experience to a satisfying degree simply by walking past them, Park Güell requires a bit more time and effort.

You’ll need to walk through this park in order to properly understand the level of creation that went into its making.

Situated in Gracia, the Park Güell is one of Barcelona’s biggest tourist attractions, and while it used to be free to enter, you will now have to pay a few euros to get in.

Bring your dogs, bring your kids, this is a walk you will remember. 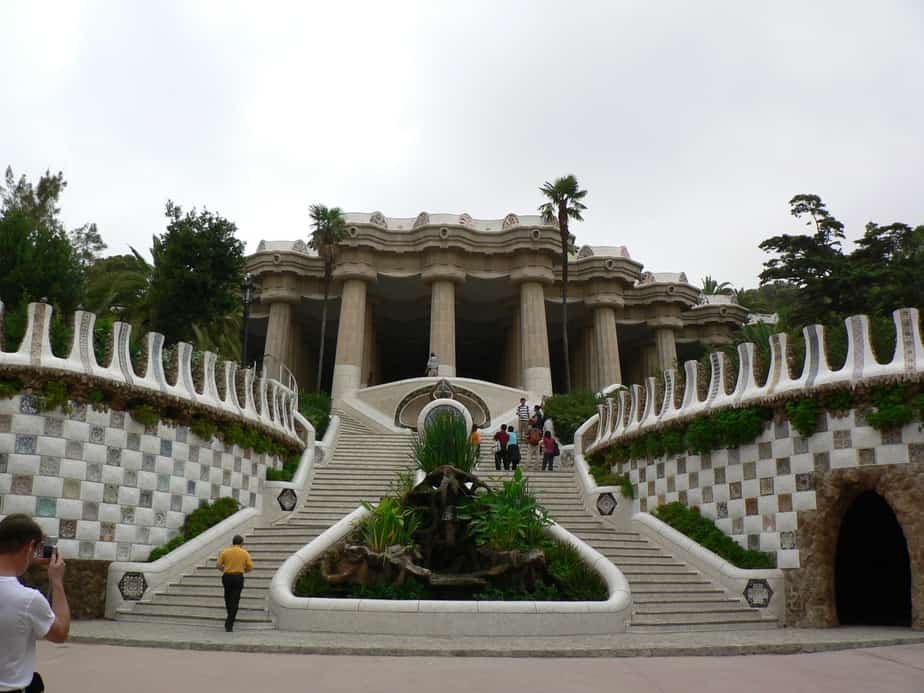 Self-guiding one’s way through a foreign city isn’t for everyone. Thankfully Barcelona has a number of really wonderful free guided walking tours that table place through the city’s Old Town.

You’ll walk the streets under the watchful eye of an informed professional, learning of the history and culture as you go along.

For everywhere outside of Old Town, there are regular guided walking tours available.

8. Walk Along the Passeig de Gracia in Barcelona

Each European city has an unmissable shopping street that retail-lovers need to walk down. In Barcelona, it’s the Passeig de Gràcia.

This important strip is 1.3km long, featuring all of the best clothing and retail chains from around the world. It starts at the Plaça Catalunya and stretches all the way through to the Carrer Gran de Gràcia.

Gaudi’s Casa Batlló is actually situated on this shopping strip, so that’s two birds with one stone. 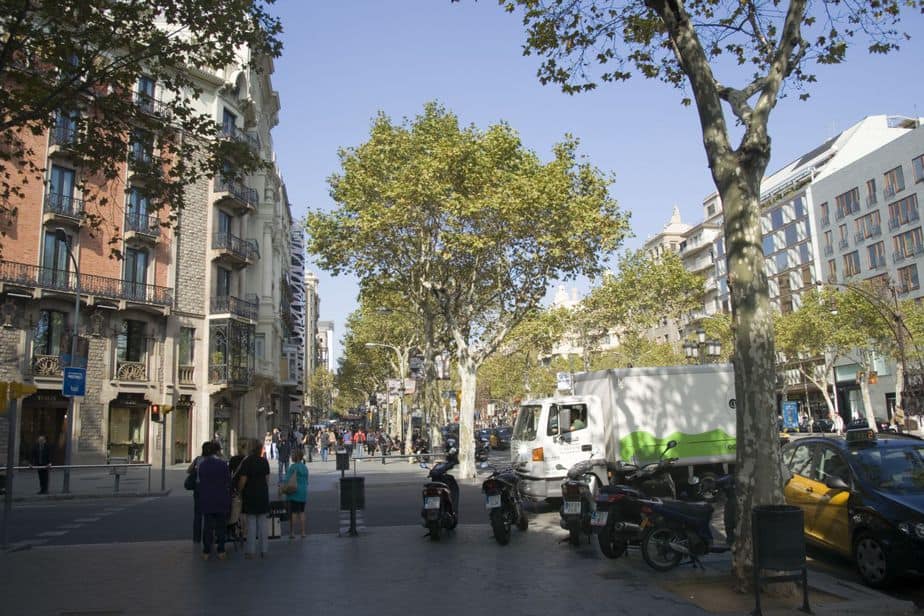 9. Walk the Pathway of the Jardí Botànic de Barcelona in Barcelona

Barcelona is not a city known for its parks; the Park Güell somewhat steals the thunder and is all people really want to do when they visit.

Barcelona’s Botanical Gardens, however, are worth a closer look. They are actually overlooked by a lot of travelers and locals, mostly because the gardens are situated on Montjuïc hill.

So you’ll need to both walk the hill and then walk the gardens if you want to see what these majestic grounds hold. 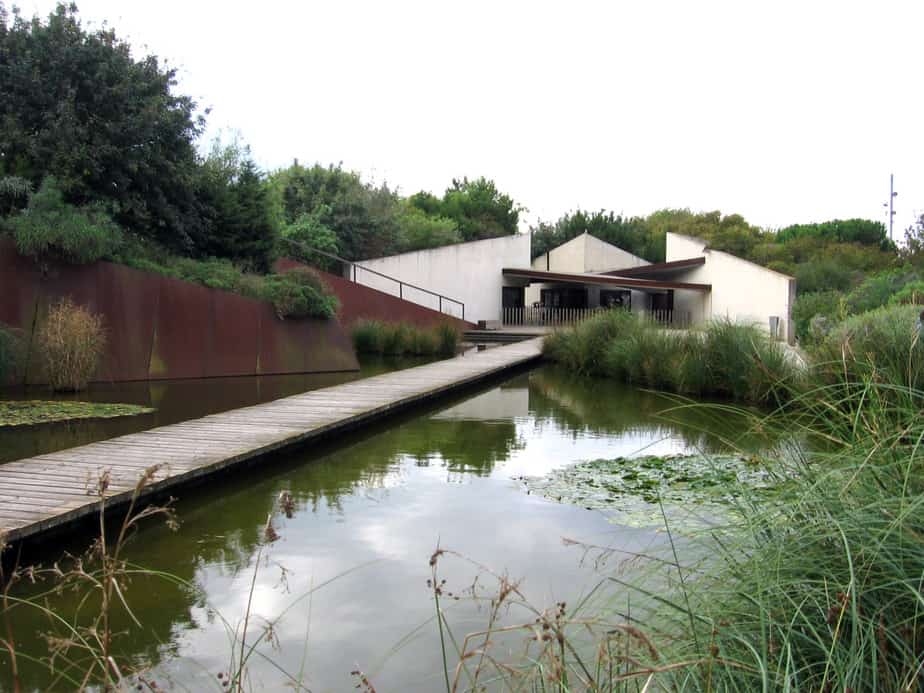 10. Walk Between the Nightlife in el Raval, Poble Sec and el Poblenou in Barcelona

Lastly, the streets of el Raval, Poble Sec and el Poblenou deserve some walking time of their own.

If you’re a night owl, then you’ll enjoy roaming these lively neighborhoods when the sun goes down, seeing all of the drinking nooks and dining spots come to life.

No one really stays in one place too long in Barcelona, so give yourself one or two drinks per spot and continue on. There is a lot to see!