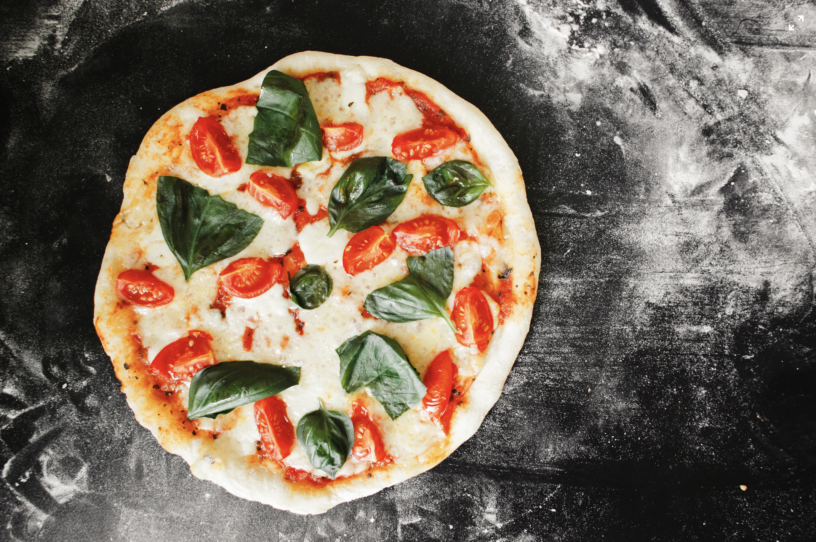 One thing you never want to do is mistake a Spaniard for an Italian, or vice versa.

That being said, even the Spanish can’t deny that the Italians have contributed something very important to the culinary world: pizza!

The people of Barcelona love a good pizza night, and there are restaurants quite literally scattered across the city, all competing for the title of ‘best in town’. Having eaten my way through these streets a number of times over, here’s where I’ve found the best of the best:

I’m not usually one to rave about ready-made pizzas that have been left standing awaiting someone to purchase, but Focacceria Tosacana have done something very right here.

Situated close to the Barceloneta beach, this small pizzeria is a grab-and-go vibe; a very informal setting and not enough tables to cater to the endless demand.

The pizzas are fantastic, and are always served hot. You can have an affordable meal here if you’re on a strict travel budget. 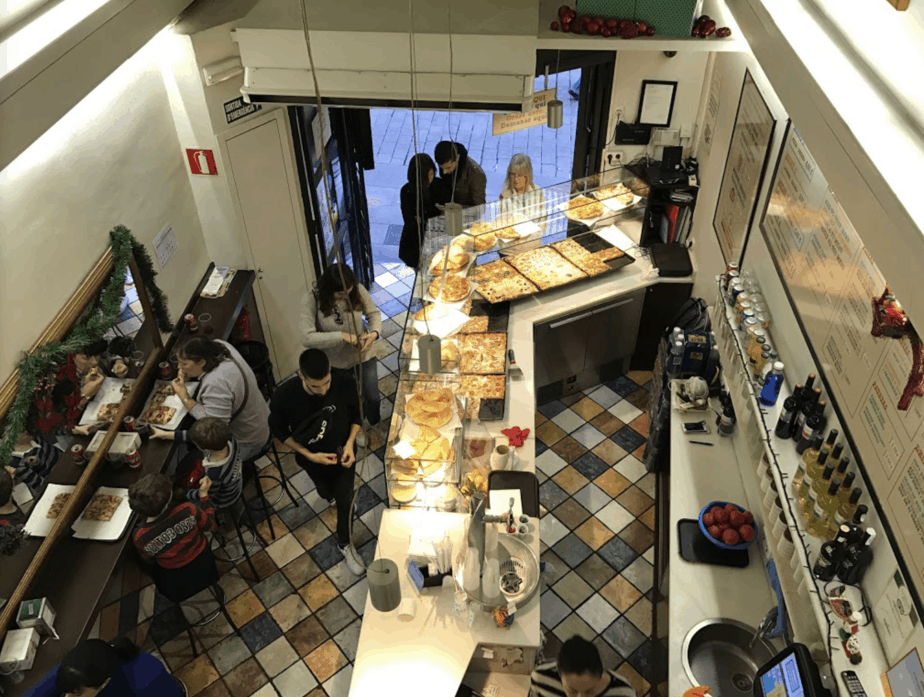 If you’re a fan of that bubble-crust, thin base type of pizza, then you’ll need to venture to Napoletani in the inner-city.

They’ve been a part of Barcelona since 2008, offering invaluable contribution to the pizza scene here. As I said, this is a very specific style of pizza and not everyone’s cup of tea. Because of the thick crust, the sauce tends to gather in the center of the pie, giving the illusion of a watery topping.

Use the age old fold and stuff technique (Google it!), and you’ll see what all the hype is about!

This charming restaurant, in the heart of Barcelona, makes wood-fired pizzas in different styles, depending on the desired region of Italy.

It’s a great spot for anyone who is very particular about their pizzas. The staff will do whatever they can to construct you the most perfect pie in town. Book in advance! 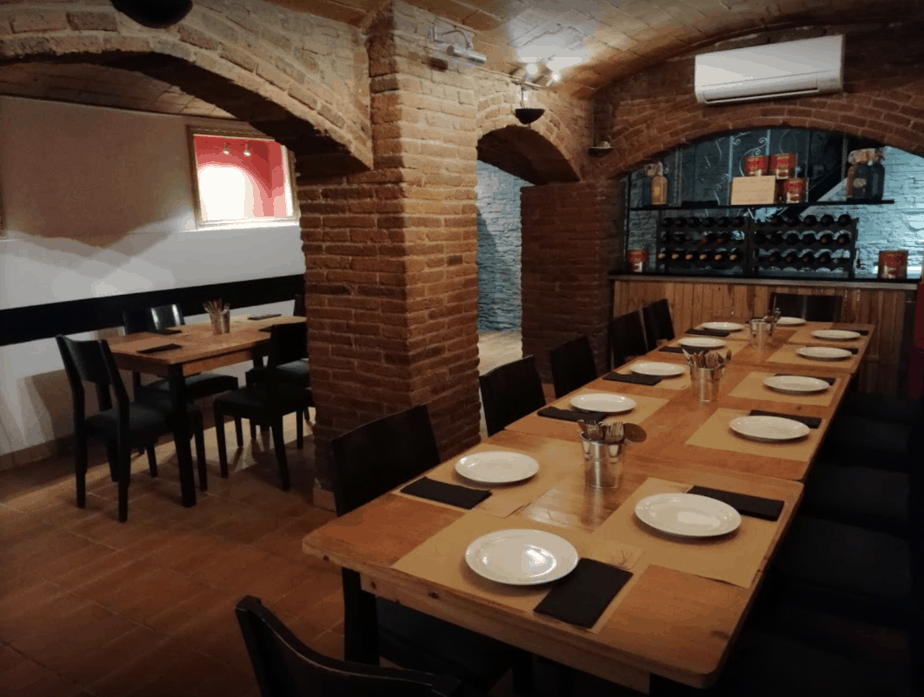 4. Made in Sicily in Barcelona

What I love about Made in Sicily, is that you can get a slice, or an entire pizza, here no matter what time of day it is. This is the best spot for late night pizza in Barcelona, as the kitchen only closes between 3am and 9am, daily.

It’s well priced and delicious, and the restaurant caters well to children.

Pasta Madre is conveniently located in el Raval, and well suited to both a sit down meal as well as a grab-and-go. Their pizza costs €2.50 per slice, which is pretty good considering how authentically Italian it is.

They also have a pasta menu for dine-in customers. 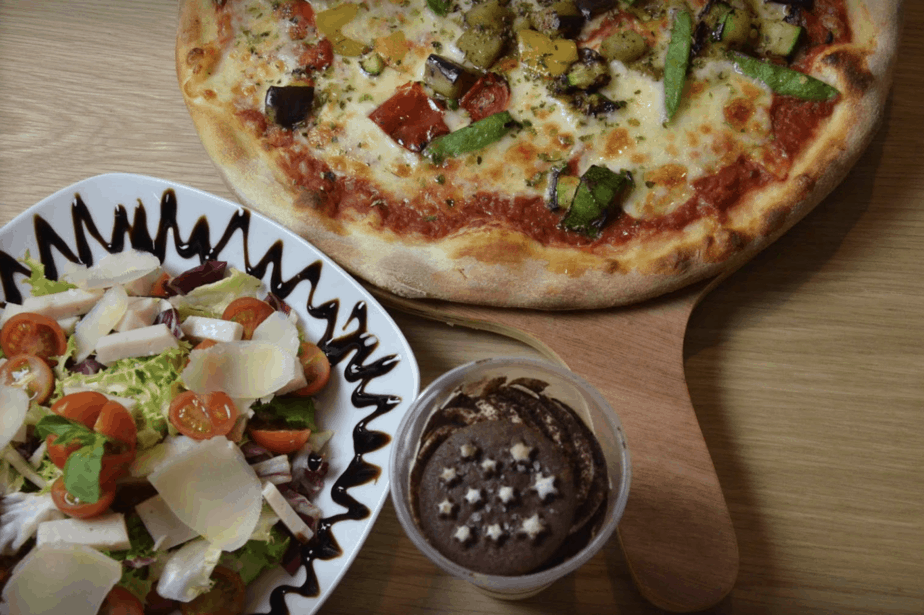 Parking Pizza blew up on the influencer scene not too long ago, and for good reason. The trendy interior could be anywhere in the world: London, New York, Los Angeles, and theme offers flavors that aren’t commonly found in Barcelona pizzerias (fancy some truffle oil?).

If you’re ever in doubt about where to eat in Barcelona, Poble Sec is generally a safe bet. This is an up and coming part of the city, so it’s still very eclectic in terms of flavors and cuisines.

They do sourdough pizzas cooked in a wood-fire oven, and on Tuesday and Wednesday evenings all pizzas are just €7. 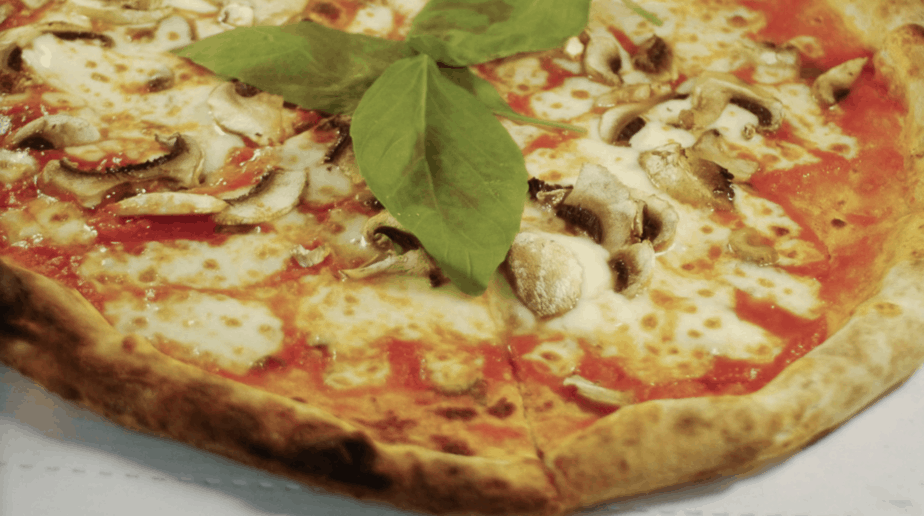 Not far down the road, is another great spot called Da Nanni. It’s a two minute walk from the Barcelona Cathedral, and offers excellent Napoli style pizzas with efficient service to match.

If you happen to be staying in this part of town, take the time to eat here at least once! 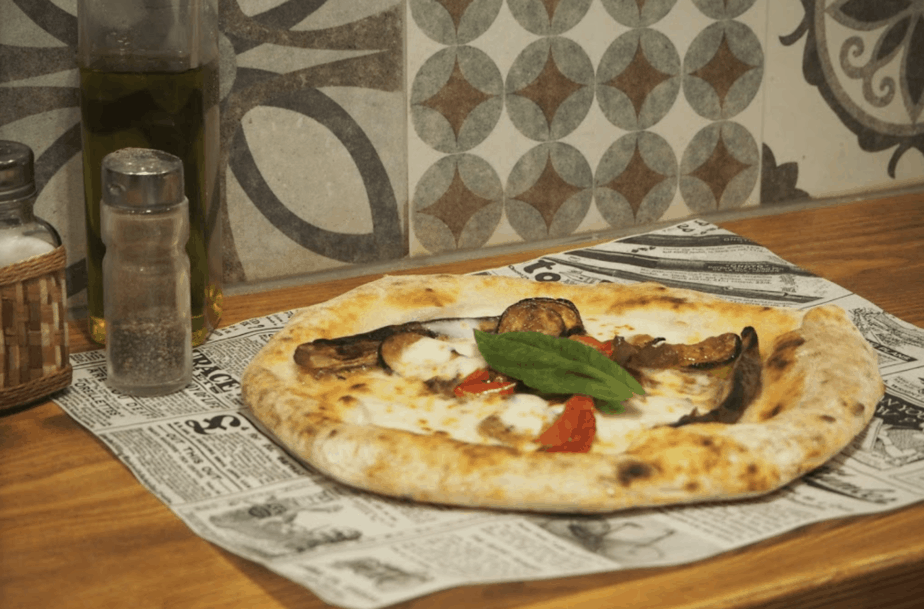 If you like your pizza to come with a side of funk, then visit Frankie Gallo Cha Cha Cha for the whole shebang! At night, the signage is illuminated and the 80s hiphop roars through the background.

All of their signature pizzas are outstanding, and I suggest booking early if you intend to get a table. This place is only open between Thursday and Saturday, so it tends to get crowded!

If you’re looking for something more intimate and calm, then I highly recommend visiting la Balmesina near the Sagrada Familia.

This is one spot I will return to time and time again. The ingredients are consistently to standard, as the pizzas are to die for. End thing off with their homemade cheesecake and you’ll be quite happy to never eat another meal again.