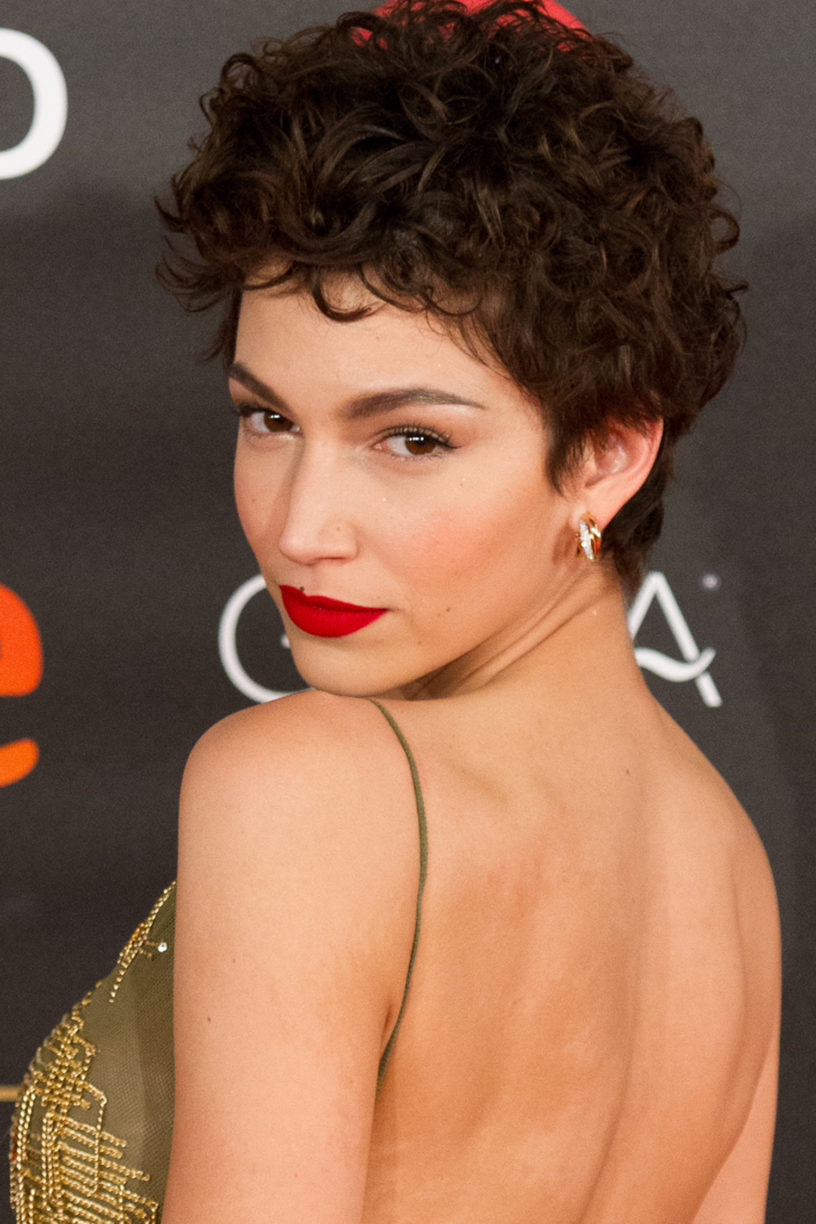 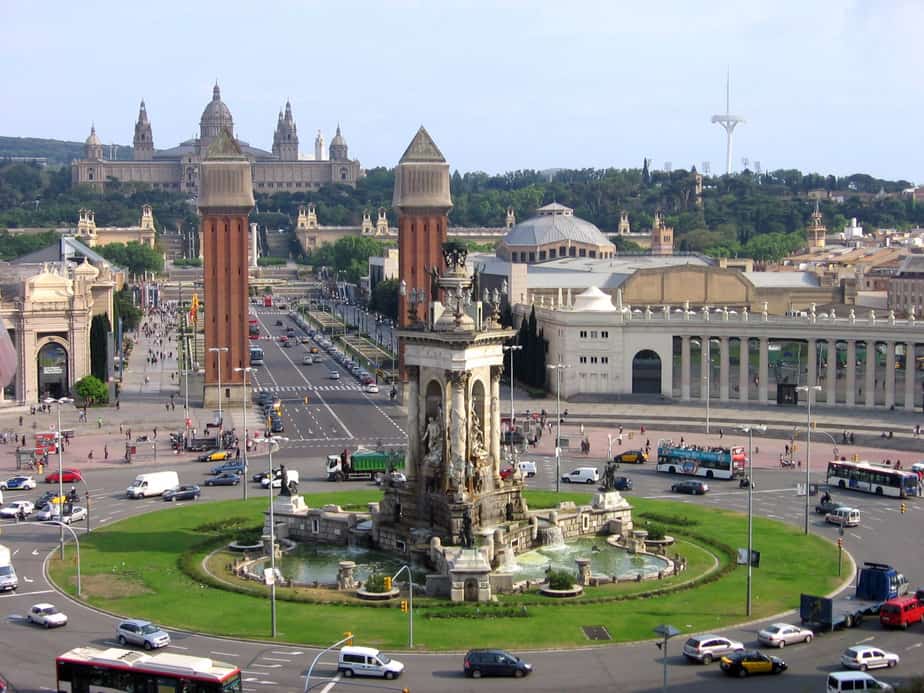 When you hear Barcelona, you think football or Paella, and other tourist activities. Which is what Barcelona is all about. A beautiful Spanish city which is worth visiting. Barcelona is also home to some stars, celebrities who you know, and here are ten of them, complete with facts about them! 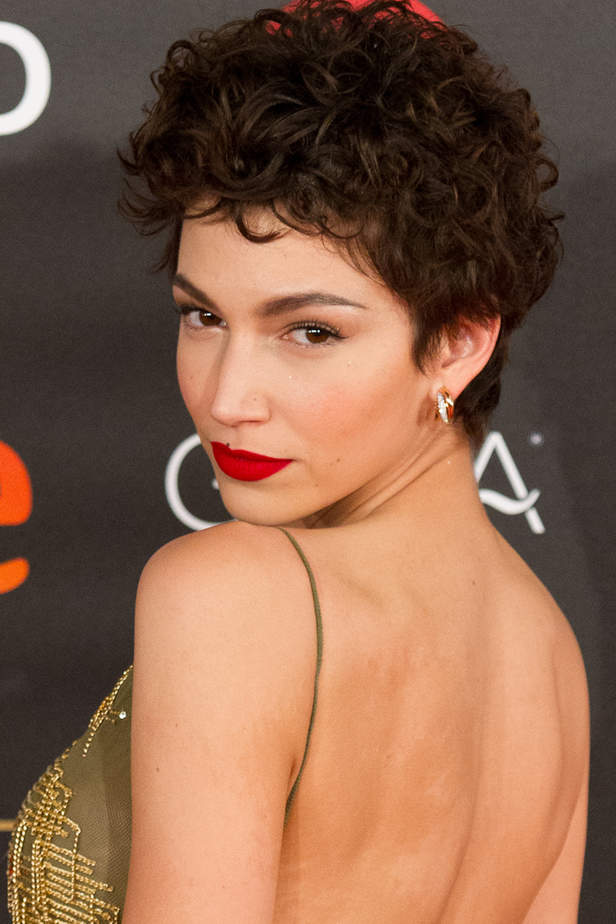 Yes, the one Ursula from Money Heist! Most people would recognize Ursula from the popular Netflix show, Money Heist where she plays ‘Tokyo’. She, however, did not start her career with Money Heist. She started acting at a very young age, has appeared in several shows, and has even won awards for them. Ursula was born on August 11, 1989, in Barcelona, Spain and is also popularly known for other shows like Physics or Chemistry where she played Ruth, Series la Embajada where she played Esther, Mirall Trencatt which was her first appearance, the Tree of Blood, XP3D as well as Cómo sobrevivir a una Despedida which catapulted her into stardom. She is a versatile actress who has acted in several genres including thriller, comedy, and even horror! She has won the Top Glamour Award as well as a Kapital Award. 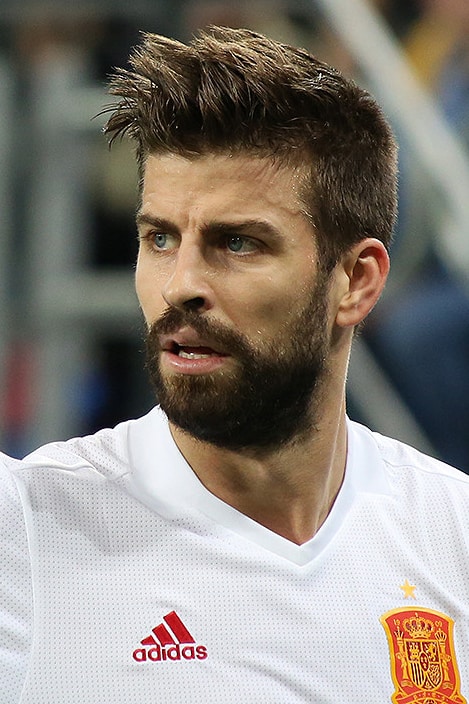 Football had to make an appearance! Of course, we had to have a footballer. Meet Gerard Pique, born on 2nd February 1987. He is currently playing for FC Barcelona a club where he started his career and has also played for Manchester United as well as Real Zaragoza. He started at Barcelona FC at the age of 12 where he started at the boy’s team at the club, at the time. He has as well witnessed wins at his time in football, having been part of the Manchester United squad that won the Premier League and Champions League wins; as well as the Spanish team which won the 2010 World Cup in South Africa. The thirty-three-year-old is a father of two and continues to thrive in the world of football! 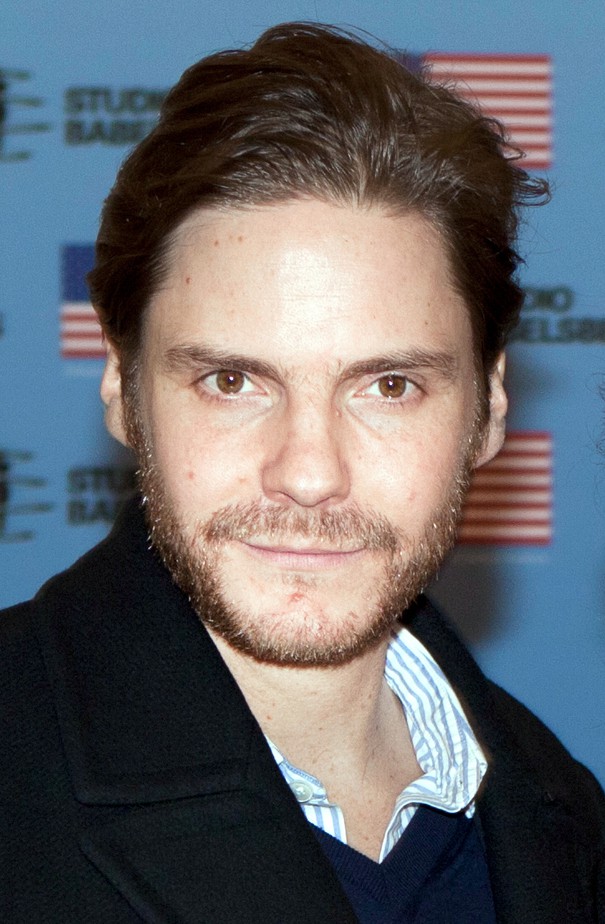 Born on June 6th, 1978, to a German movie director and a Spanish teacher, his mother. Shortly after his birth, Daniel’s family moved to Germany where he attended school and debuted his acting career, acting at an early age. He is also a polyglot who speaks six languages fluently: German, English, Spanish, Catalan, Portuguese, and French. Fun fact about Daniel, he, together with Leonardo di Caprio, Amy Adams, Tom Hanks among others, got Critics’ Choice Awards, SAG, BAFTA, Golden Globe nominations but were not nominated for the Oscar’s for their appearance in the movies Rush! You might also have seen him in The Departed, Saving Mr. Banks, Nightcrawler, We need to talk about Kevin, Captain Philips, 7 Days in Havanna, Crime Story, as well as 7 Days in Entebbe among others! 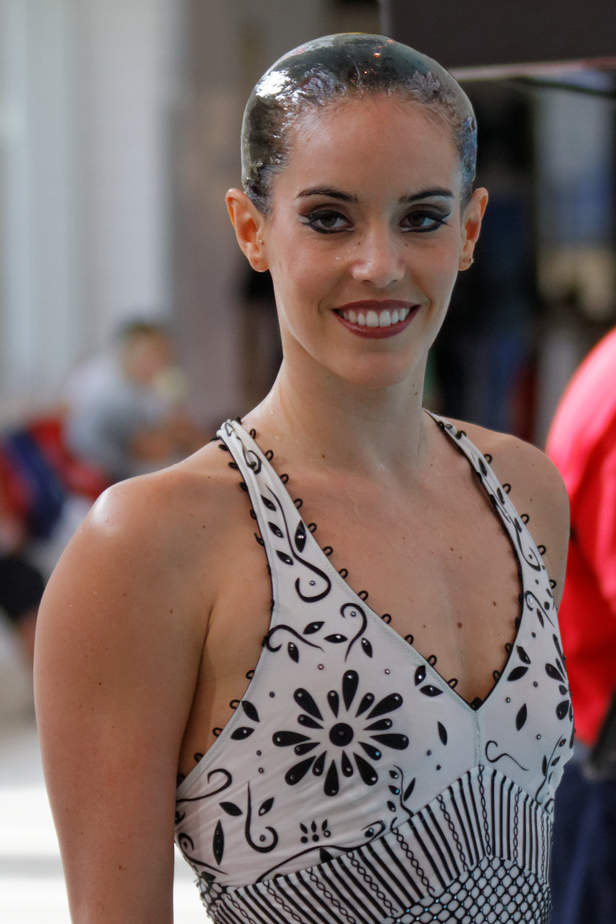 Ona is a two-time Olympic medalist. The brilliant and talented swimmer was born on June 5th, 1990 in Barcelona, Spain. She also has the most International Swimming Federation (World Championship) medals than any other swimmer. She is a synchronized swimmer, who started at the Spain National Team of Synchronized Swimming when she was just fourteen. She has four World Championships, three junior world championships two pre-Olympics as well Olympics performances under her belt.

Apart from synchronized swimming, she loves fashion and design. 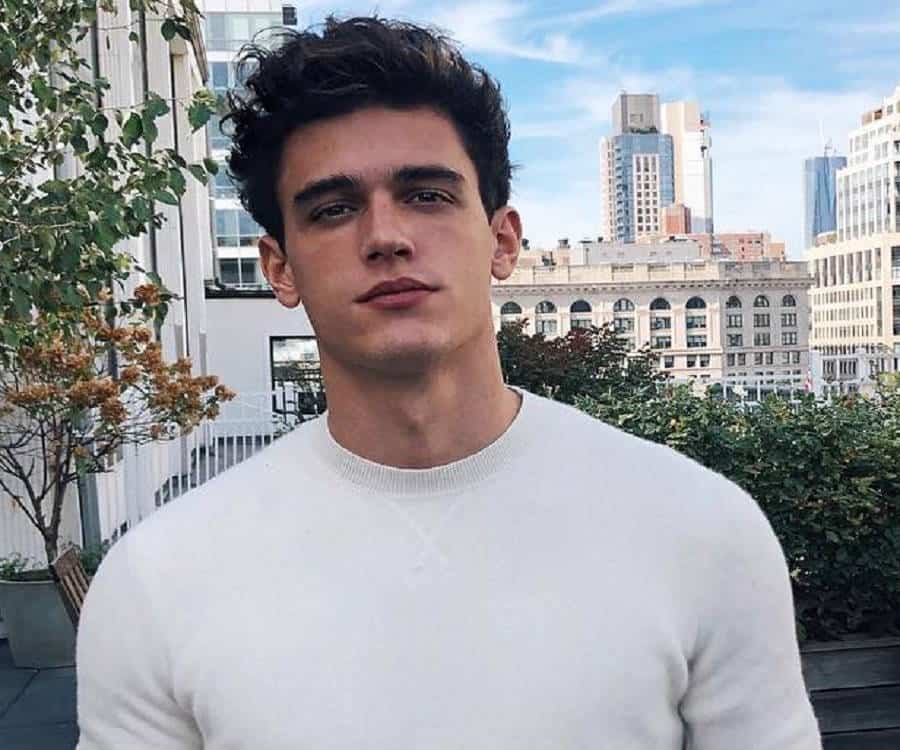 Xavier is a Spanish model, who has appeared in several publications, not only in Spain but all over the world. The model, started as an athlete, participating in track and field in Barcelona before venturing into modeling when he met his manager Eduardo Sayas. He was born on June 9th, 1993, and has done shows for Dolce & Gabbana, Emporio Armani, and Givenchy. He has appeared in Glamor Spain, Risbel Magazine, Made in Brazil Magazine, Tetu, Hercules Magazine, Vamp Magazine, GQ Korea, and many more! 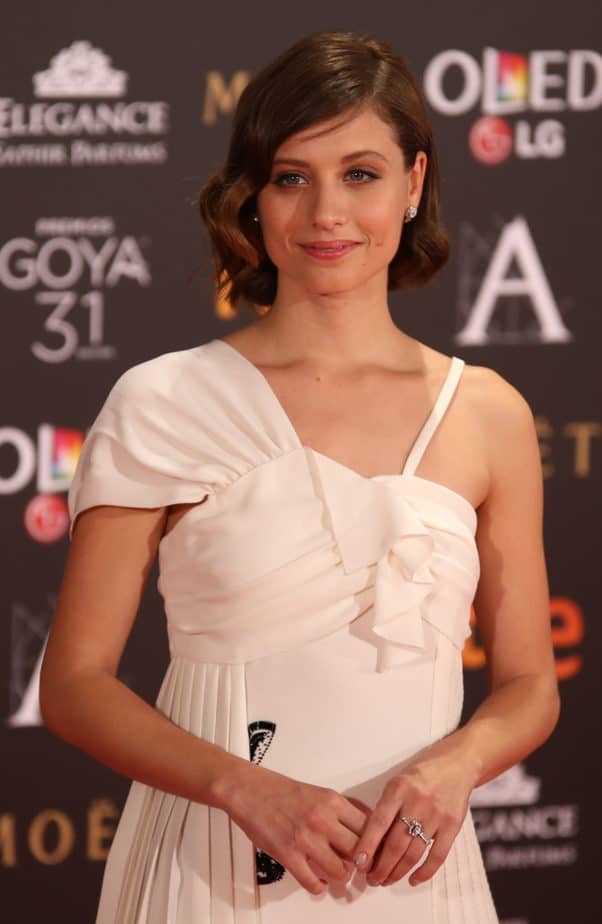 Michelle was born on September 14th, 1986, in Barcelona, Catalonia, Spain and is a renowned actress and model. She is best known for her appearances in Paco’s Men in 2005, Isabel which she acted in 2011, as well as Julieta, done in 2016.

She started her career as a voice actress at only six years old doing Harry Porter and has built a name for herself as one of the best actresses in Spain. Her parents were in show business; her mother is a French dancer and Dancer and her father, an English-Spanish actor.

Rodriques is a great Spanish celebrity, best known for cycling and standing out in the field. He was born 1979 and his father was an amateur rider. He has participated in some of the most notable cycling tournaments, including; Vuelta, Tour, Giro, and was part of Team Katusha from 2010 to 2016. Before that, he was a team member of ONCE–Eroski, Saunier Duval–Prodir, Caisse d’Epargne. He finished 8th in the Volta a Catalunya, a Tour de France stage, and  Vuelta an España, where he was fourth. In 2010, 2012 and 2013, he came first during the UCI World Rankings. He was an active cyclist from 2001 to 2016 and enjoyed a brilliant career in cycling. 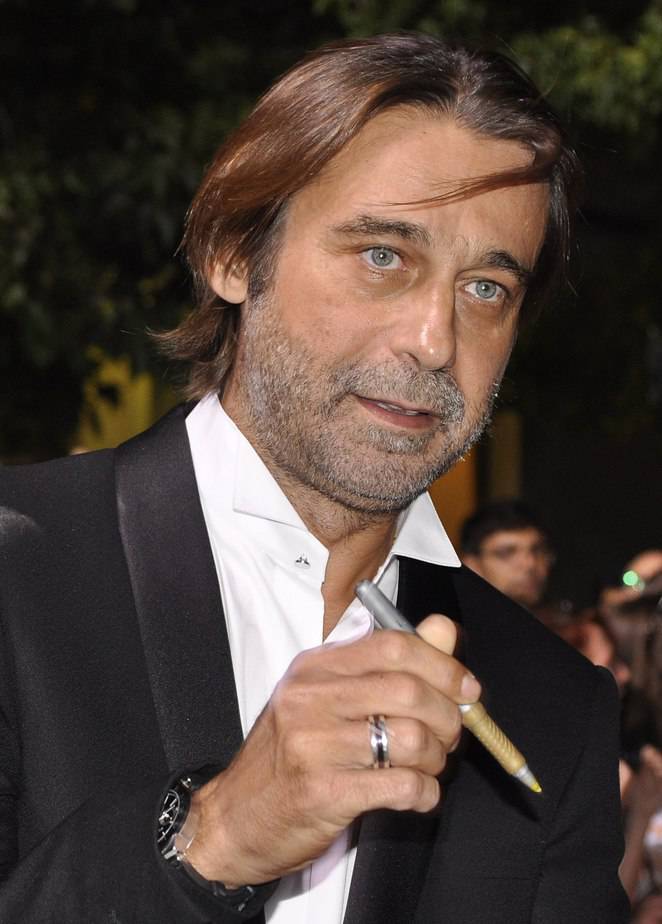 The multi-talented Jordi Mollà Perales was born on 1st July 1968. He is a renowned Spanish actor, artist, filmmaker, and actor. You might recognize him from his appearances in Blow as Diego Delgado and Bad Boys II where he played Johnny Tapia.

He is not just great at acting, he is excellent in writing as well, as he has written two books and also directed three films. 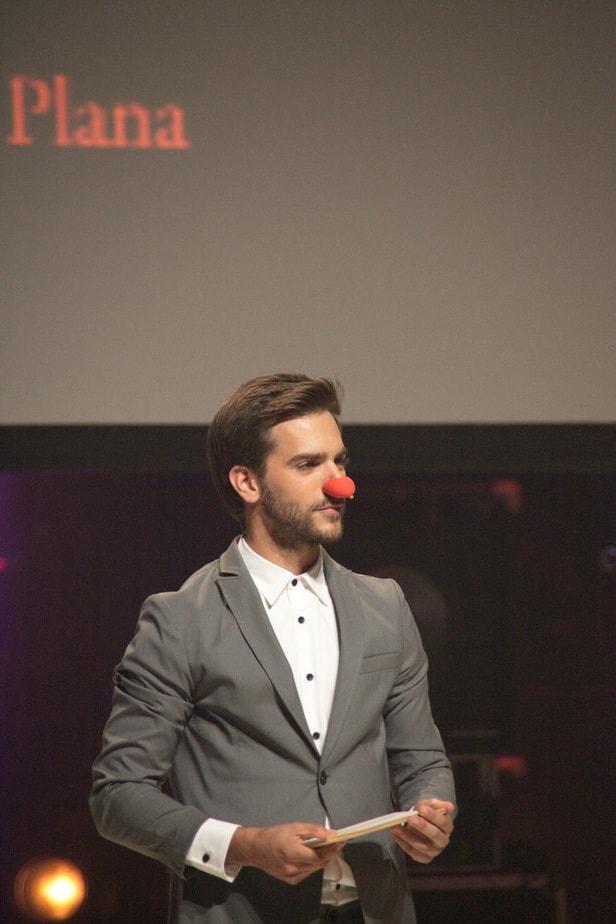 Marc Clotet was born in Barcelona, Spain on 29th April 1980. He is well-known for acting in soap operas like Fiscia o Quimica, El cor de la cuitat and has won accolades for his acting.

He has won Best New Actor for his role in La Vis Dormina during the Turia Awards. He has also modeled for magazines such as Showdown. 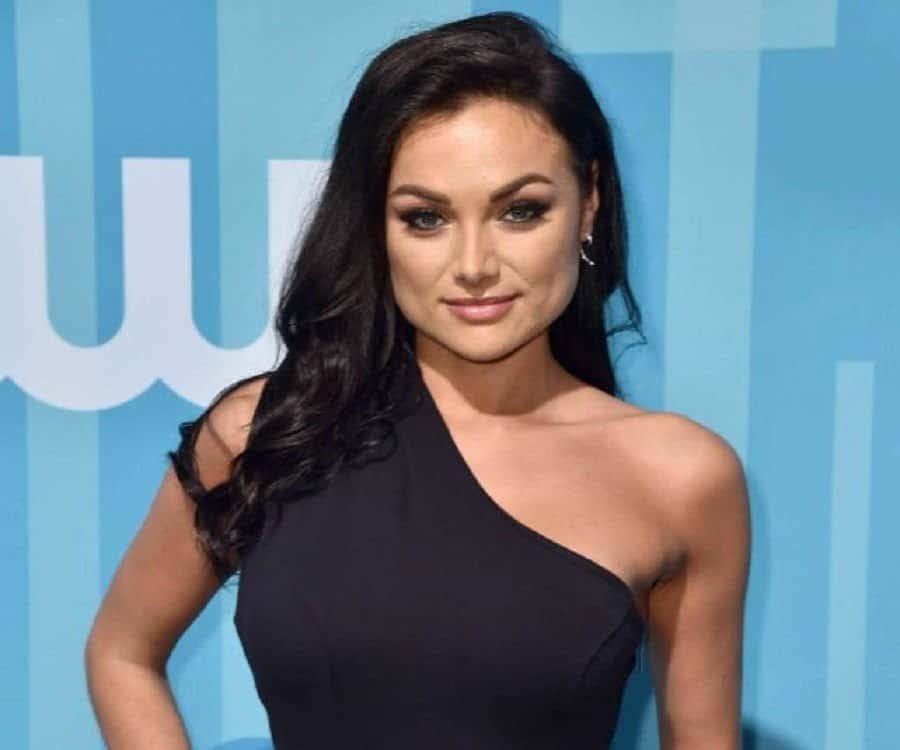 Christina Ochoa is very well known for her acting. The Spanish actress, born on January 25th, 1985. Her roles are noted in ‘Modern Family’, ‘A Million Little Things’, ‘Valor’, ‘I Hate my Daughter’, ‘Metador’, and ‘Blood Drive’ and many more.

She also is a host in a podcast called ‘Know Brainer’ and is also a science communicator and a writer!