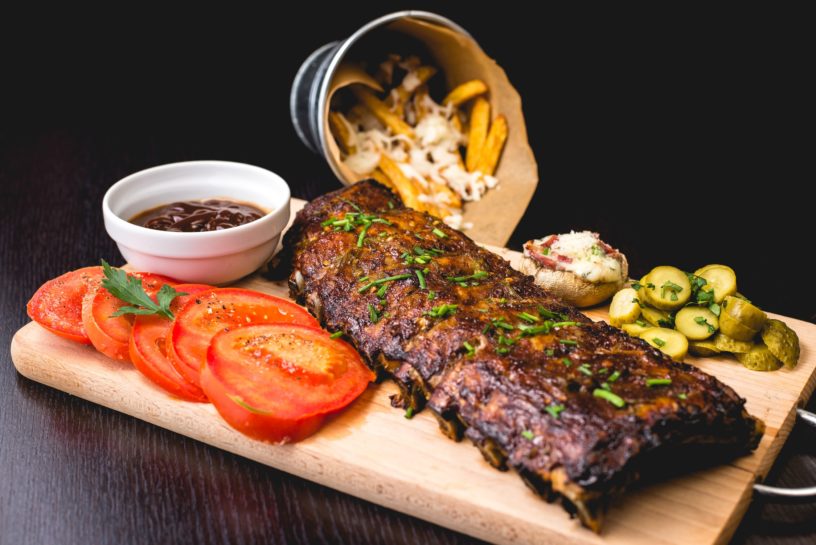 Steak is a thriving cuisine culture all across Spain. The Spanish lee the flavor of older meat and in-bone cuts; more than this, they love steaks so big that they have to be shared between two people.

In Barcelona you’ll find no shortage of steakhouse options for when the craving sets in. Take a break from sampling the foreign cuisine and dig into any of the following more familiar options:

9 Reinas is an Argentinean kitchen right in the heart of Barcelona. It’s known for its generous cuts of meat and moorish flavors.

9 Reinas claims to have some of the best meat cuts in the world, and almost all previous diners would agree wholeheartedly with this statement. They view steaks as an art, and it shows. 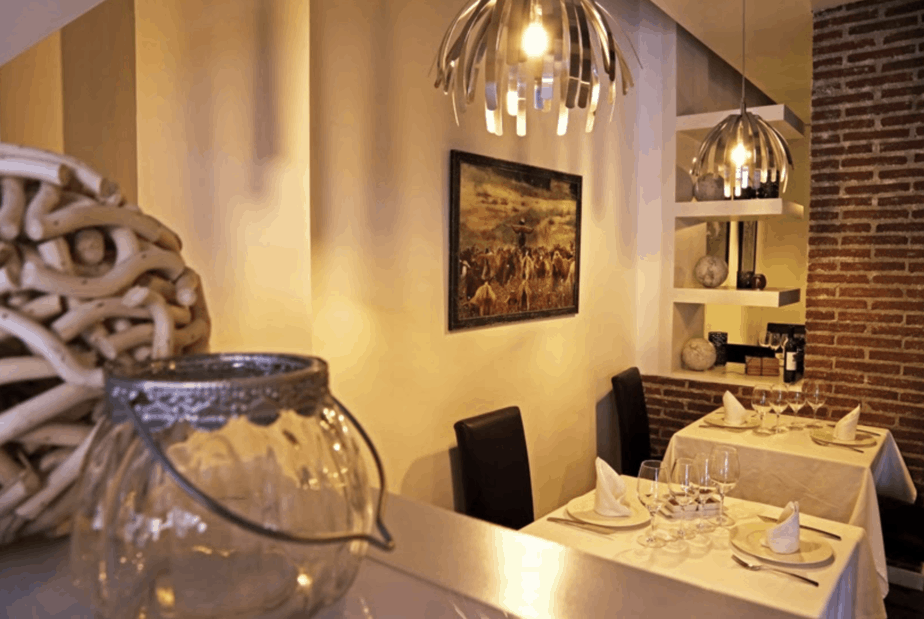 9 Reinas in Barcelona – by 9 Reinas – Uploaded by them

The restaurant is situated a short walking distance from Gaudi’s Casa Mill. Consider visiting this steakhouse before or after you visit the historic monument — it makes navigating the chaos of these streets well worth it.

For more Gaudi architecture to visit while in Barcelona, click here.

You’ll find that most of Barcelona’s best steakhouses are Argentinean owned and run. Restaurant Parilla Alfonsina is no different, and the owners will go so far as to sit with you until they have properly explained every type of cut on offer.

There is a great atmosphere in this restaurant, day or night. Book in advance to avoid disappointment. 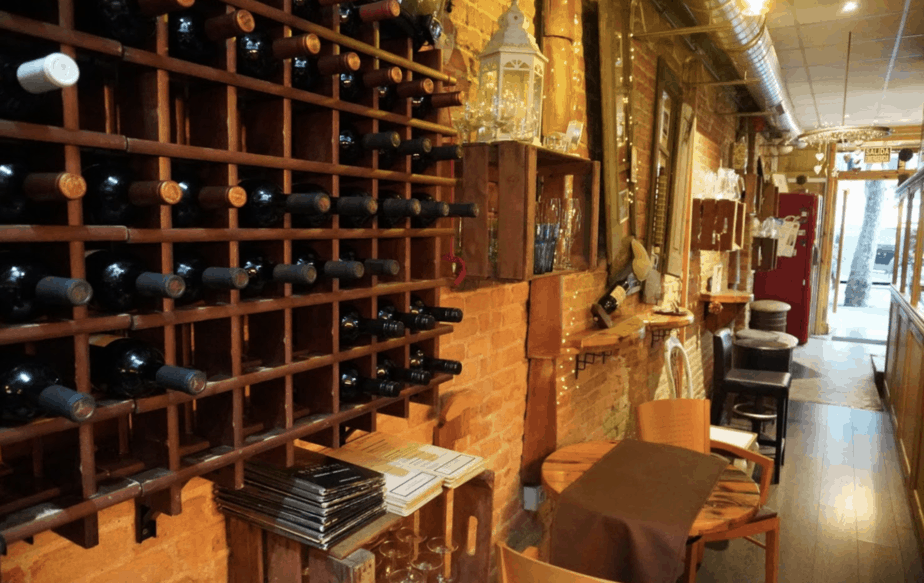 3. The Venue Steakhouse in Barcelona

The Venue Steakhouse’s claim to fame is that celebrities love to eat here when visiting Barcelona.

Everything about this spot is enticing; the aromas as you walk in, the vibrant decor, and the service from start to finish.

The portions are generous at this steakhouse, albeit very reasonably priced.

The National Burger is a retro, diner-style steakhouse on the eastern end of el Raval. This is definitely the best steakhouse in Barcelona for families with younger children, as the menu caters to lovers of both plain steaks and hamburgers.

Their quality control is excellent; your meal is guaranteed to be as tasty the next time as it was the first. This is why it’s such a loved spot for Barcelona locals and frequent travelers to the city. 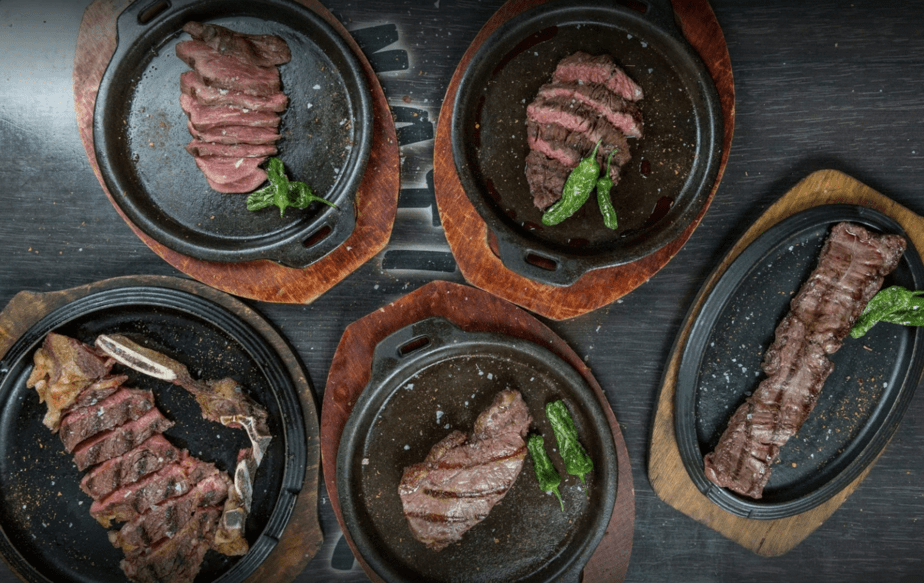 Click here to read about the best vegan burgers in Barcelona!

The Red Garter is another festive steakhouse on the water’s edge in Barcelona, close to Barceloneta beach.

They specialize in a range of different meats, not only beef, and offer different dining specials every evening. On Thursdays, for example, you can enjoy 10 juicy chicken wings for just €5.

They also offer a daily live music program, with some evenings ending in some wild karaoke.

Click here for more things to do near the beach in Barcelona!

The Bar Restaurant Xironda Orense is the most authentically Spanish steakhouse in Barcelona.

Situated in the side streets of el Raval, this restaurant is not much to look at, but you won’t mind once the food is in front of you. Earlier I mentioned those massive steak cuts that need to be shared between two people — this is where to find them!

If you’re willing to splurge a bit on a tasty steak dinner, then Patagonia is the place to do so. This too is an Argentinean kitchen, but it’s slightly more pricey than others around the city center.

You’ll gorge on some of the best steak you’ll have in your life. If there’s one thing that people from Argentina know, it’s steak that almost falls off of the bone it’s so soft. Book in advance to avoid disappointment. 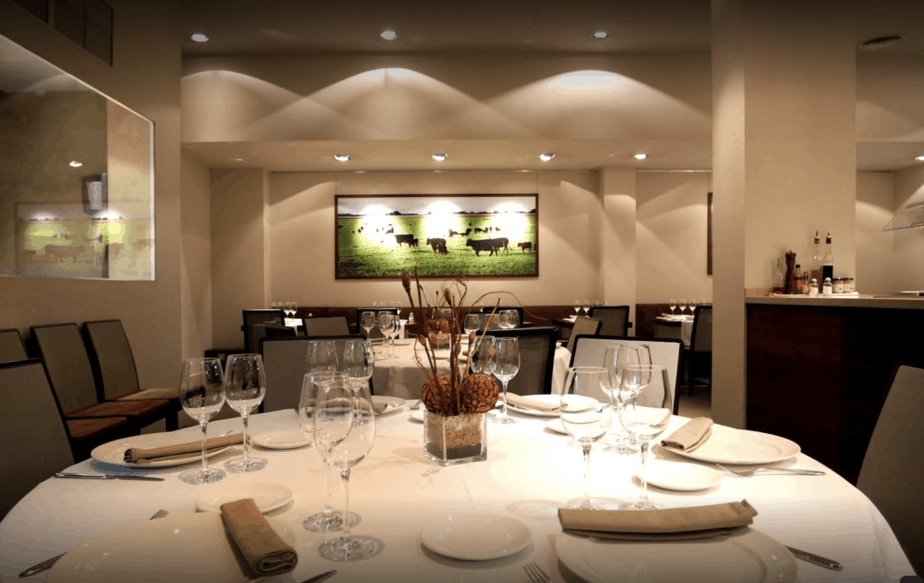 Barrachina is a burger joint nestled between el Raval and the Gothic Quarter. What most don’t know is that they have a fantastic menu-section dedicated to beautifully cut steaks and sides.

Again, this is a great spot for families with children due to the versatility of the meaty menu. The quality steaks will cost less than €20 per person. 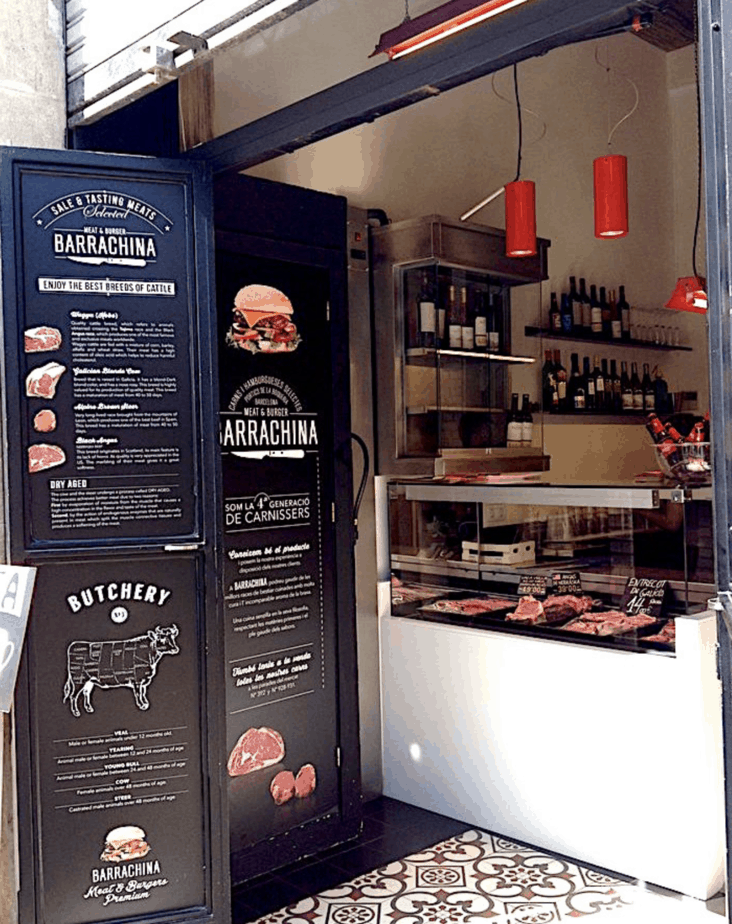 Fancy a romantic steak dinner close to the beach? Todo Pasa is just the spot.

This is not a cheap-eat; on the contrary you’ll pay well over average price for the top quality cuts, but the entire experience it totally worth it. You simply can’t substitute this kind of ambiance in Barcelona.

Note that the “complimentary” items that they serve as you sit dow are not free.

Restaurante Pampero is a small, locally owned Spanish grill in the city center.

They do a wonderful nightly special called their “fixed dinner option”. You’ll start with traditional empanadas, and then be treated to a massive plate of Spanish steaks. To finish off, there is a desert of your choosing.

Ask your server to pair the perfect wine to your meal.