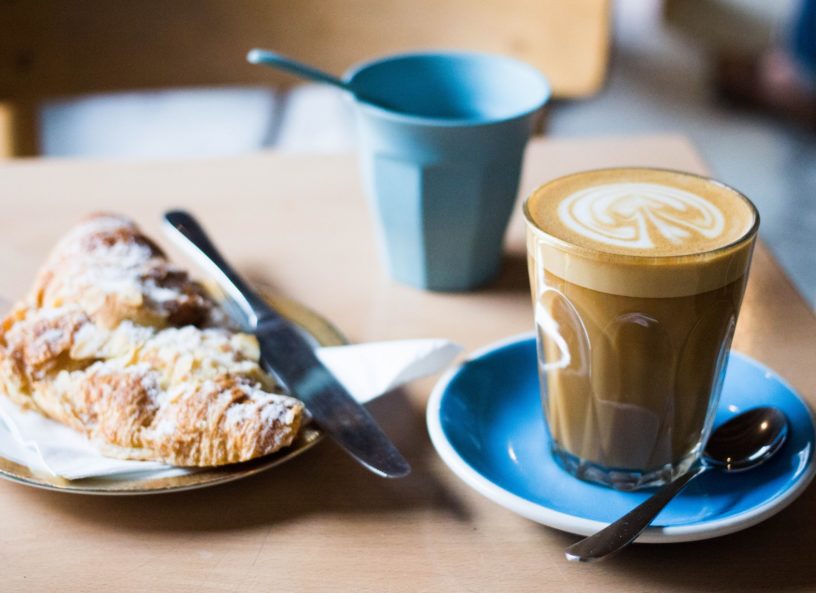 Breakfast in Spain is vastly different to other countries in Europe and the rest of the world.

The Spanish are so disinterested in global breakfast customs, that a trend known as “second breakfast” has actually emerged in order to accommodate anyone who wishes to eat a substantial meal first thing in the morning.

Most Spaniards skip full meals before midday, and opt start their morning with a hot cup of coffee, or Spanish hot chocolate for children. They’ll often opt to accompany their breakfast drink with a fresh baked pastry of sorts, rarely bigger than your average sized croissant.

That’s a Spanish breakfast in a nutshell, but that being said, the Spaniards also eat lunch notoriously late in the afternoon (usually around 3pm), so more and more people are jumping on the “second breakfast” train. 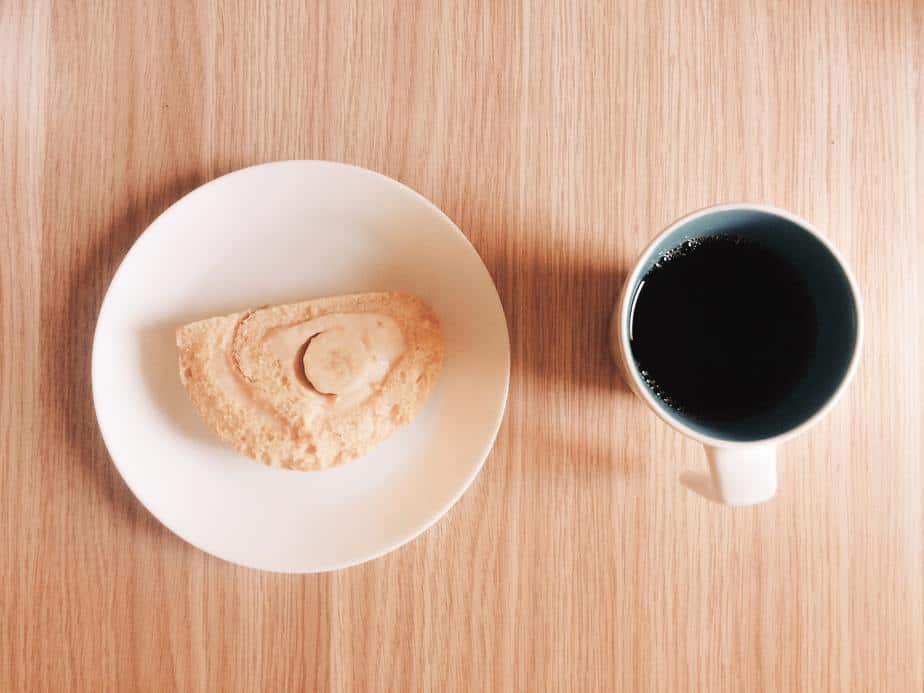 Second breakfast is a term used in Spain to refer to a meal eaten between 10am and lunchtime. Other parts of the world might call this brunch, but in Spain it is an opportunity for a more hearty meal to carry you through until your next proper mealtime.

Coffee and cake at eight in the morning isn’t sufficient for all body types, so what exactly will the Spanish eat in this case? Read on!

Before I get into the foods, let’s take a look at Spanish breakfast drinks, since they are the most important factors after all.

Cafe con leche is nothing more than simply coffee with milk. Coffee is an important component in the cuisine of Spain, with most Spaniards preferring espresso to drip coffee.

The espresso is traditionally combined with steamed milk; something other regions might know as a latte.

Cafe con leche is at the top of the breakfast food chain in Spain. 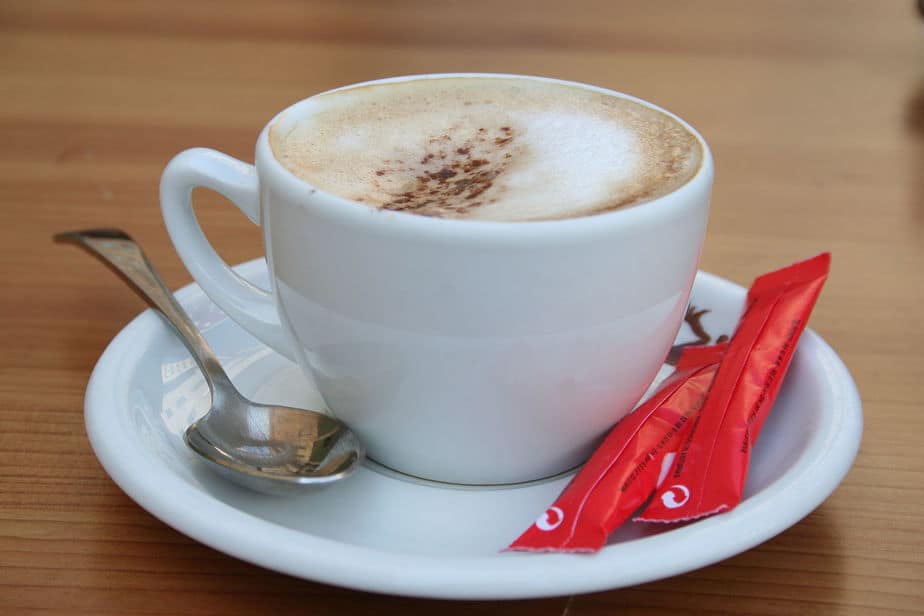 Not everyone can drink coffee first thing in the morning. Those Spaniards who opt not to, will likely enjoy a traditional Spanish hot chocolate instead. This is also the common breakfast drink for children before heading off to school. 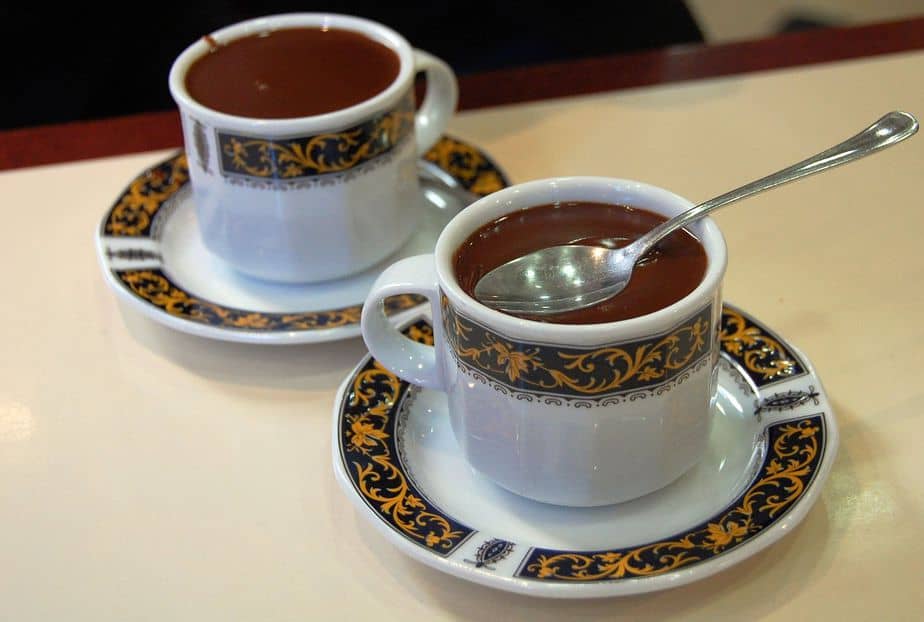 For those who can’t stomach the caffeine nor thick chocolate mix first thing in the morning, there’s fruits.

A lot of Spanish homes and most cafes will have juicers on the property, ready to make fresh blends coming breakfast time. Orange juice is the most popular, but Spain has access to tropical fruits year round so one can get creative with their morning drink.

Oranges grow abundant in Spain during the winter, so this drink gives the population their much needed does of Vitamin C come the cooler months. 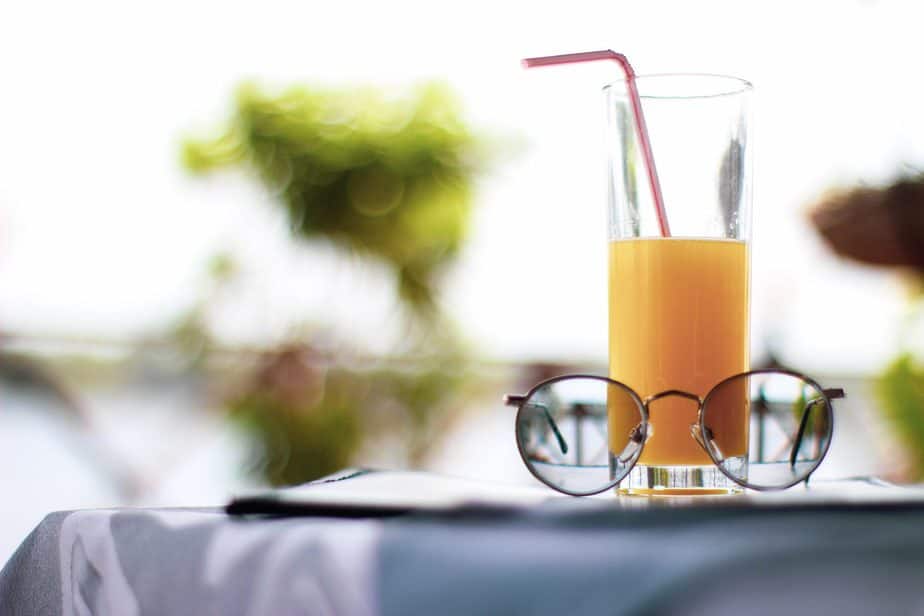 Moving on to more solid forms of breakfast foods in Spain; as mentioned, the people love a freshly baked pastry to accompany their beverage.

There is one catch, however: breakfast pastries in Spain are almost always incredibly sweet. The more sugar, the better! The mornings are not a time for savory nourishment, they’re for the sweeter things in life!

If you’ve tried traditional churros you’ll understand the hype around eating them as often as possible. It’s very common for the Spanish people to accompany their morning coffee with a small plate of hot churros; freshly fried and drenched in cinnamon and sugar. 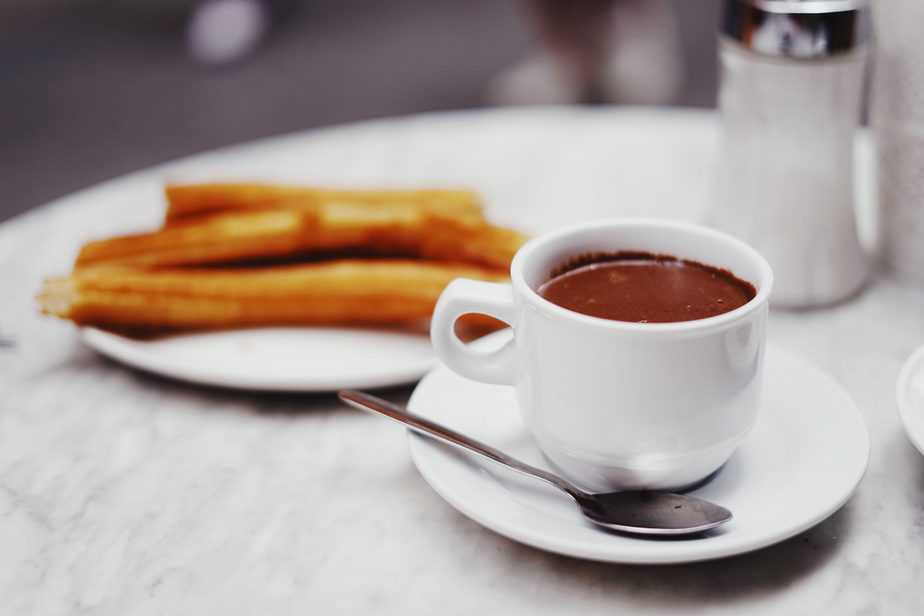 Ensaimadas, or sweet bread, is a traditional Spanish breakfast food that dates back as early as 1700.

These are small disk-like pieces of bread that are baked using a sweetened recipe (of course), and then topped with fruits or more sugary elements.

Ensaimadas originally called for reduced pig lard as a major ingredient. Thankfully the removal of this happened over time, as people became more concerned with eating healthier in the mornings. No comment on that sugar intake though! 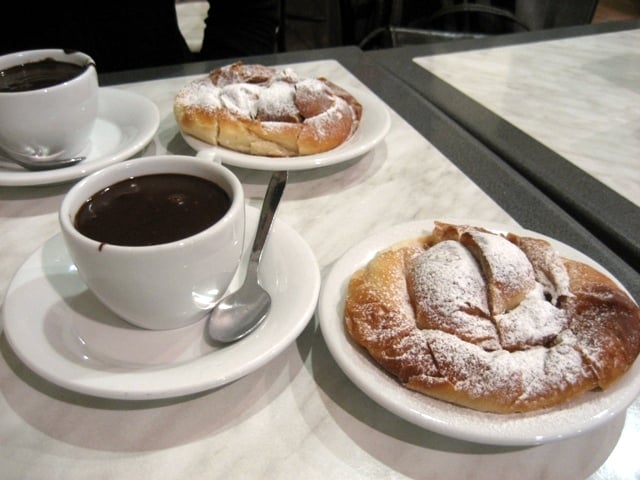 In English, it’s best to refer to torrijas as Spanish bread pudding. What this dish really is, is a similar rendition to traditional French toast in other parts of the world.

Torrijas are slices of bread that no one intends to use for anything substantial. It’s the off cuts, the stale slices and the edges — usually.

These slices are doused in a mixture of milk, cinnamon and sugar before being dipped in egg and fried. Spaniards will often top their torrijas with honey before eating. 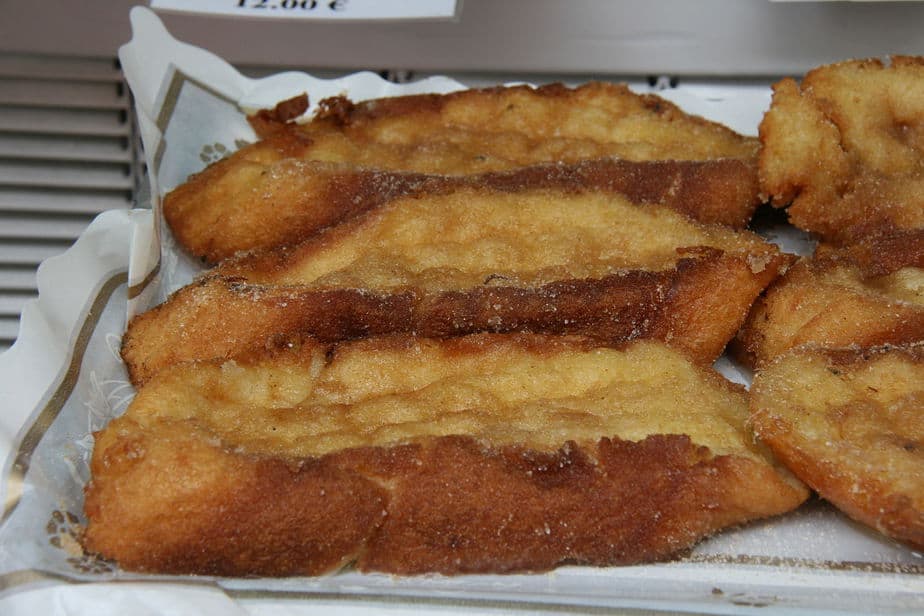 As mentioned, the Spanish do something known as a second breakfast from around 10am each day. Those who eat during this time will usually opt for something more hearty than just a cup of coffee with a baked treat.

In Spain, a tostada is a piece of toasted bread. This is the most popular breakfast food for everyone who likes more of a savory experience.

Toastadas are traditionally served in one of two ways come breakfast time. One can top their slice with butter and jam, or with olive oil and tomato! 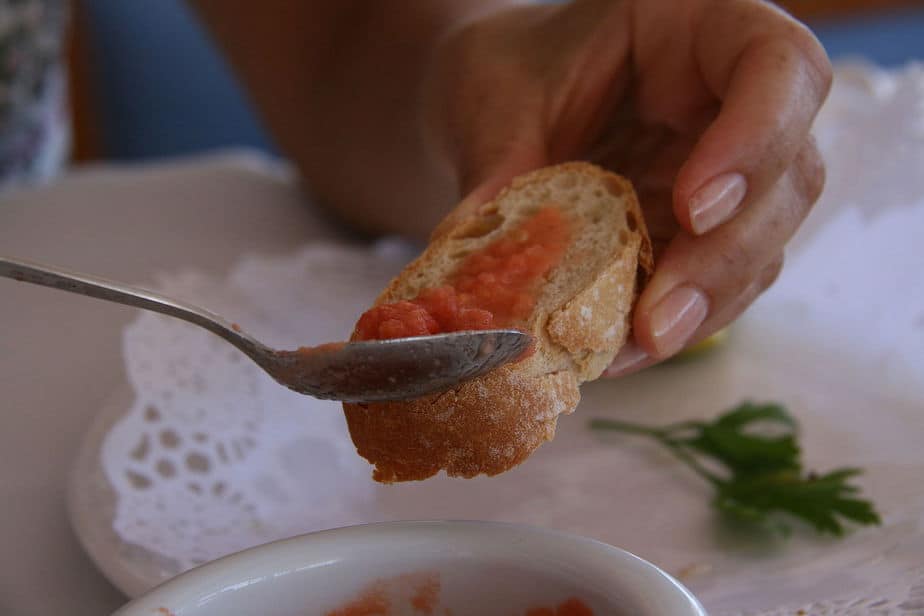 Eggs are largely ignored during breakfast time in Spain. Unlike the rest of the world, the Spanish don’t center this mealtime around eggy dishes, but they do enjoy a potato omelet from time to time.

Also known as pincho de tortilla, a potato omelet is pretty self explanatory. A slice of potato and egg mix, fried and served hot! 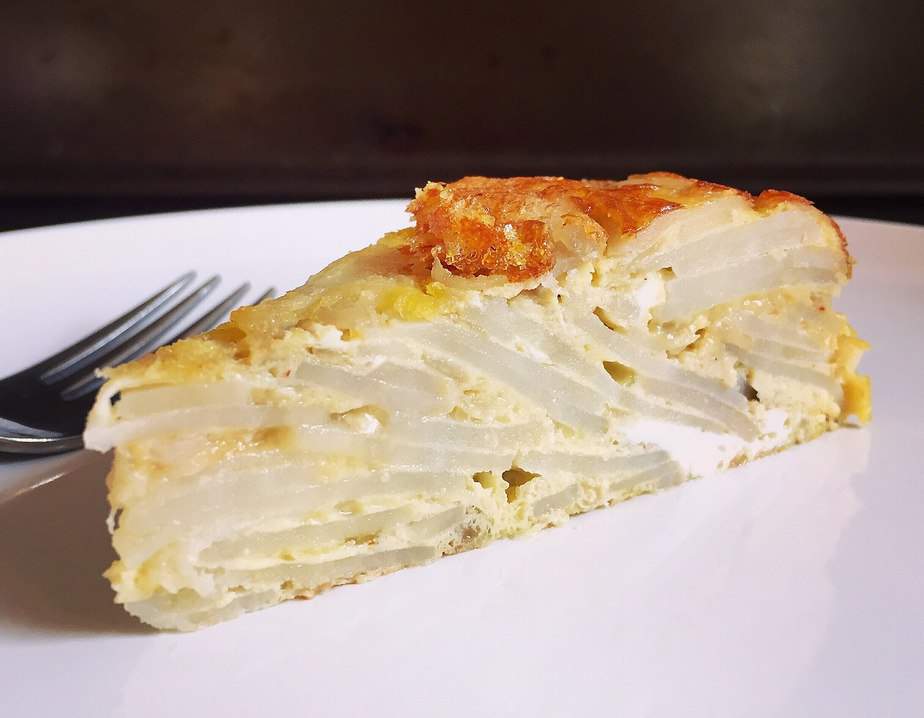 Another very common breakfast food in Spain is a simple sandwich of your choice. Each region in Spain seems to have a different sandwich of choice that is their most popular option.

Breakfast sandwiches in Spain can contain anything from Iberian ham to tuna salad.