The Catalan Dishes You Need to Know About 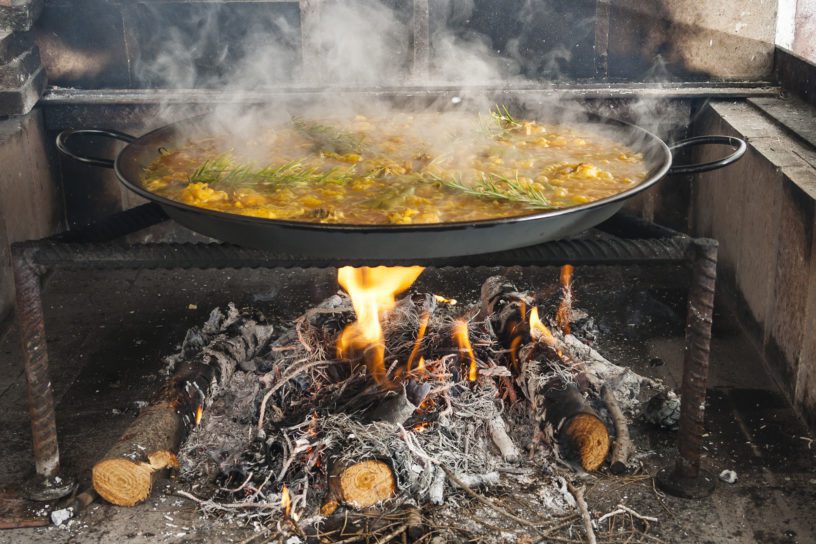 The Catalan Dishes You Need to Know About

Something interesting to know prior to arriving in Barcelona is that there was once a time when the eight provinces of Spain we actually individual countries in Europe. They merged to become Spain, but each still hold very distinctly different cultures and cuisines to the rest of the land.

Catalonia, being part of the Med and so close to Italy and France, has a cuisine like no other. These are the dishes to look out for during your trip: 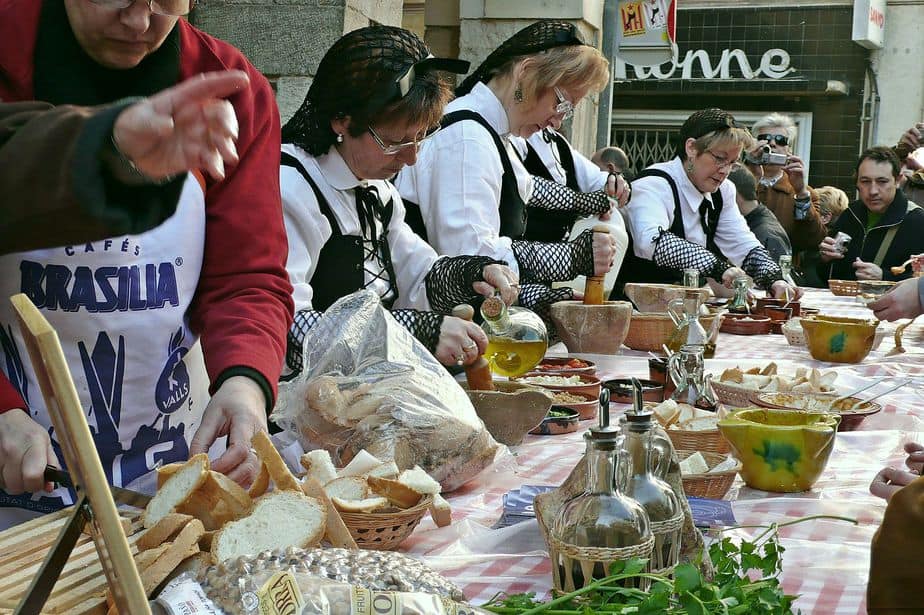 In Spain, salted cod is bacallà, and you’ll come across it almost as often as you would in Portugal where it is the national dish.

Catalonians take this cod fish preserved with salt and shred it up in preparation for an esqueixada de bacallà meal. They add chopped tomatoes, peppers, olives, onion and the occasional chopped egg (depending on your preference).

The mix is topped with vinegar, olive oil and pepper. The result being a heap of fishy veggie goodness free of all gluten; travelers sometimes equate esqueixada de bacallà to the Catalonian rendition of ceviche.

Having drawn some inspiration from the Italians nearby, canelons is the Catalonian take on traditional cannelloni.

Interestingly, Catalonians are also the biggest consumer of cannelloni in the world, beating out the country that actually invented the dish.

Canelons is made in hearty, saucy portions and served slightly differently to how we would usually eat a cannelloni. Instead of al dente pasta, the Catalonians prefer it to be over cooked, almost mushy, and doused in Béchamel sauce.

Around holiday time it is customary for Catalonian families to prepare canelons the day after Christmas, using whatever meats are left over from the feast the evening before. It is also possible to make this entirely vegetarian by substituting the meat for mixed grilled veggies. 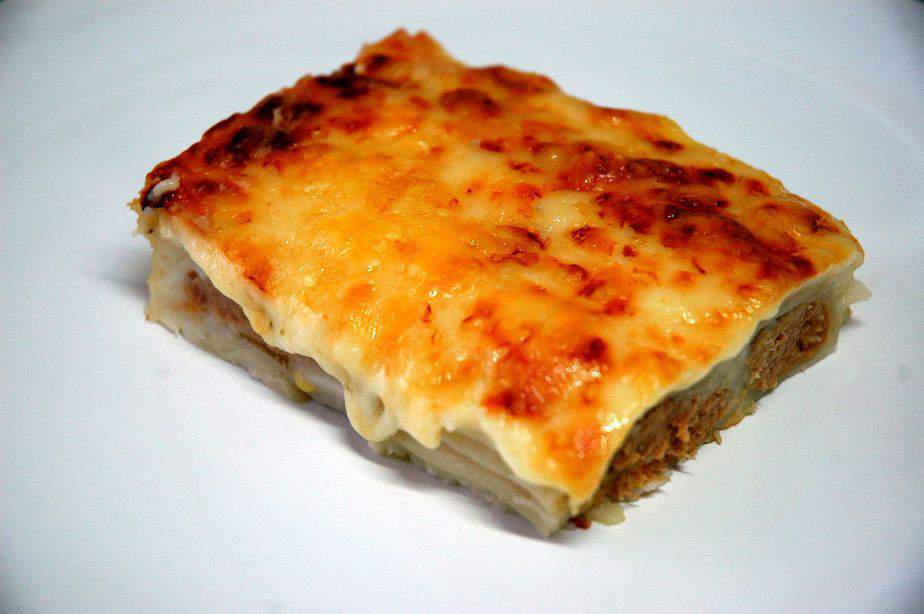 This dish is often confused with paella due to the similar manner in which it is prepared. On the contrary, arròs negre is just a basic rice and ink dish that will include one or two seafood creatures at most.

The name of the dish translates to black rice. The rice, cuttlefish and shrimp are cooked in thick black ink taken from squids. Both the appearance of the dish and the flavors are unique to Catalonia, and this dish sees tremendous popularity along the coast.

It is traditionally served with a generous portion of Spanish garlic mayonnaise and a lemon wedge. 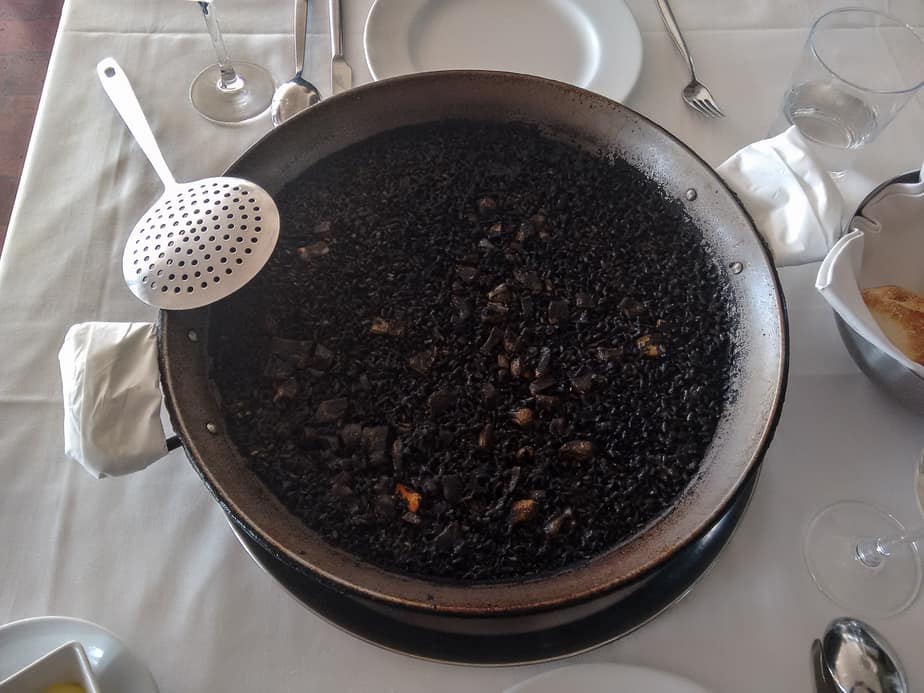 Escalivada is a very basic dish, and despite being part of Catalonian food culture, it is probably made unintentionally all over the world on a regular basis.

This is nothing but a simple plate of grilled veggies. Catalonians usually use eggplant and bell peppers, with a few tomatoes & onions in the mix for texture and flavor. A lot of garlic is important, as is a lot of olive oil.

What makes escalivada unique is the way it is prepared, rather than what is used. Each vegetable used in the dish must be grilled alone, independent of the others. It is only in the plating and dressing that they come in contact with one another. This gives the dish more individual, identifiable flavors, rather than a pile of veggies that have merged into one in the oven. 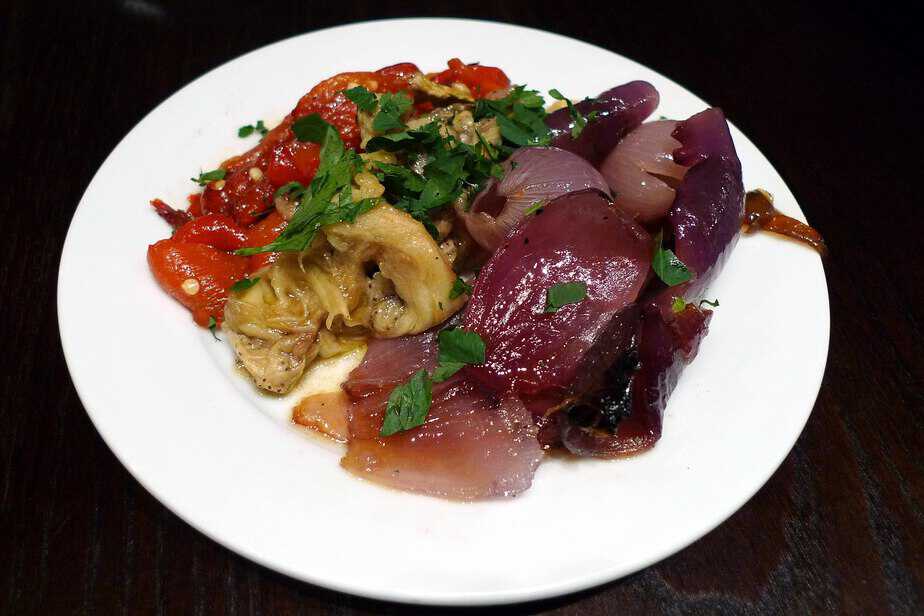 Mandonguilles amb sípia is an authentic Catalonian invention through and through. Think of this as the Spanish rendition of “surf and turf”.

The dish is made from meatballs cooked with cuttlefish in a thick gravy. So you’ve got the land animal meeting the sea animal in a hearty mix of saucy goodness.

Different families in Catalonia will have their preferences of additional ingredients and serving techniques. It is not uncommon to include peas and carrots in the mix, or to serve the dish on a bed of vegetables.

Some enjoy it atop plain pasta, or with a slice of fresh baked bread to dip. 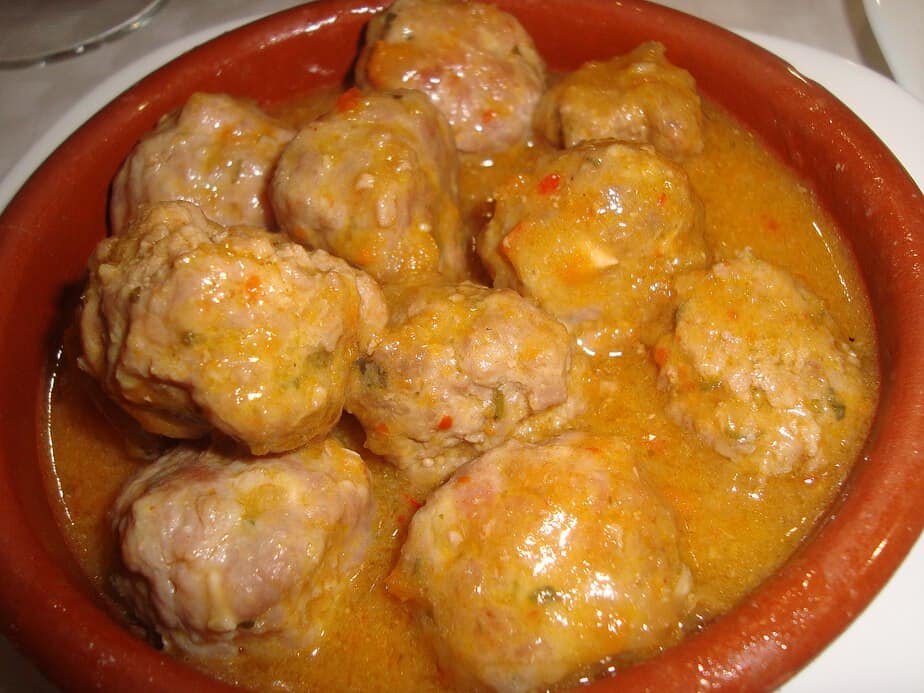 This dish was technically invented in Valencia, but is an important part of all of the cuisines throughout Spain, especially the coastal ones.

Paella is a rice and seafood dish that is traditionally prepared over large coals on giant pans. There is a medley of seafood, onions, broth, herbs and spices used to perfectly draw the paella flavor out. White wine is also used for authentic paella.

This dish is a dream for most people, especially if they are saffron and seafood lovers. More and more restaurants in Barcelona are today experimenting with vegetarian & vegan paella options to make the cuisine more accessible to all. Mushrooms in all their varieties make for very convincing seafood substitutes in terms of taste and texture. 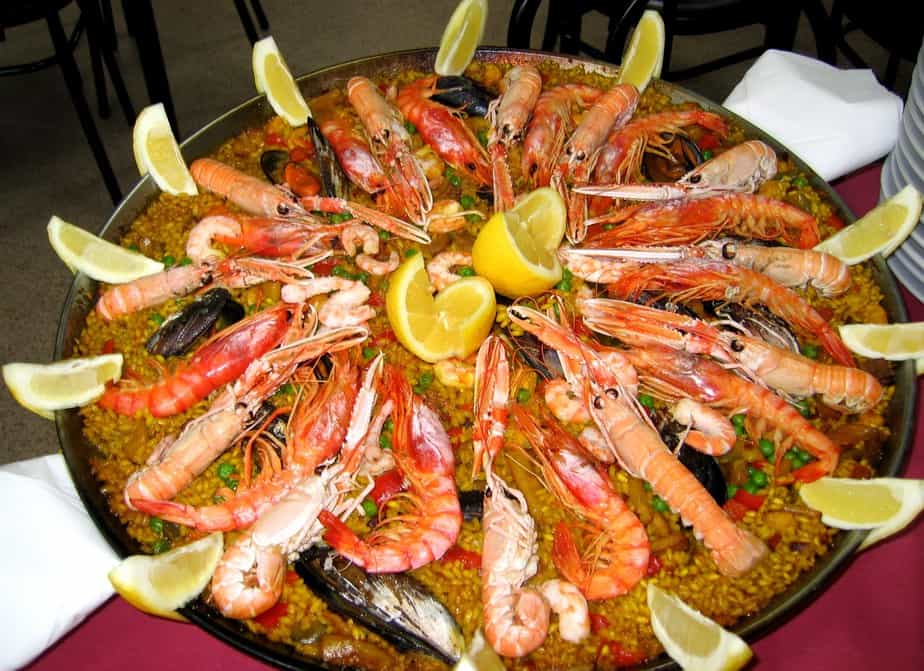 This dish has Catalonians going mad but once a year. Calçots are a type of giant Spring onion that can only grow in Spain in the dead of winter.

In January, February and March, these onions can be harvested and feasted upon. Locals will venture off into the farmlands to join in on the picking process, and the onions are brought into the cities, wrapped in paper, and slow cooked over open flames.

How do they eat these onions? With just a simple dollop of sauce made from red peppers and nuts. Surprisingly delicious.

You don’t have to go picking onions to be part of this yearly phenomenon. Almost all restaurants across Catalonia will have calçotada on their menus during the first three months of the year. 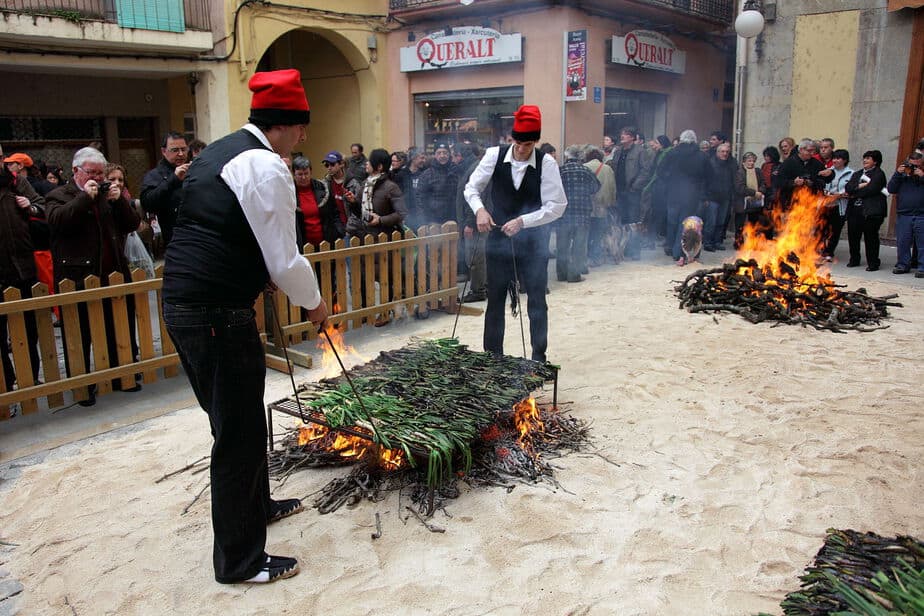 In the midst of your cuisine exploration in Barcelona, there are also free guided walking tours to enhance your experience of the history, culture and architecture. Book in advance to avoid disappointment!