The Best Vegan Burgers in Barcelona 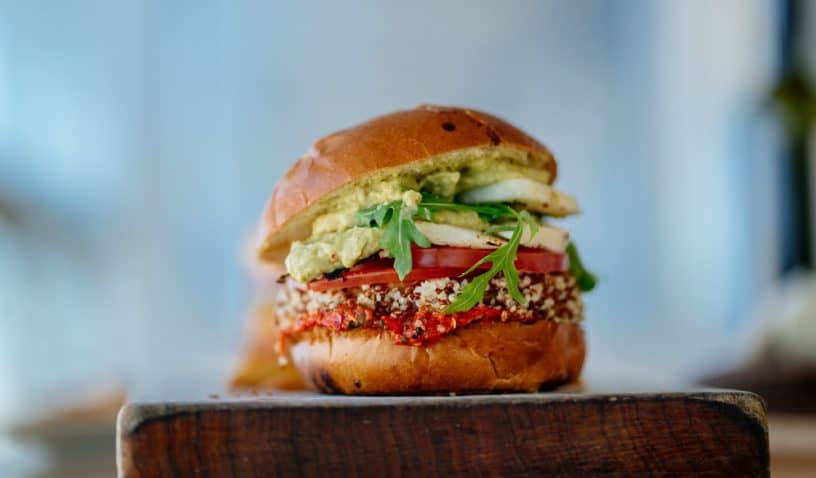 The Best Vegan Burgers in Barcelona

There are few things worse for plant based travelers than craving a specific meal and not knowing when you’re going to encounter it next. This is especially true for those meals that bring us home comforts, most commonly pastas, pizzas and burgers. 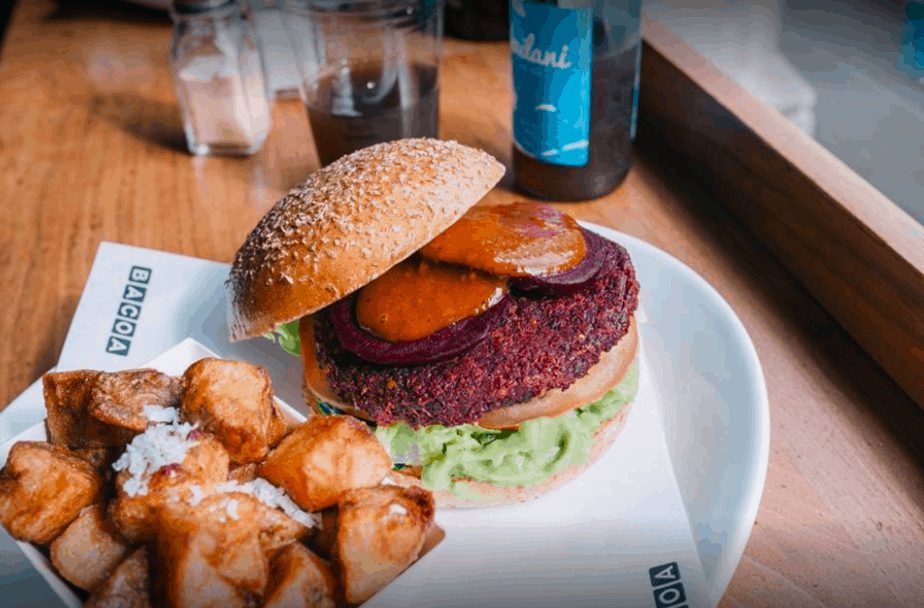 The following are, in my opinion, the best of the best; the most delicious plant burgers in Barcelona.

CatBar is so weird and wonderful that most first timers end up retiring at least three or four times per week in Barcelona. It’s a dive bar with a punk rock atmosphere; the decor is haphazard, there is freedom of self expression and no one takes themselves or anything too seriously.

That being said, the bar mixes the ambiance by have live piano every evening. Which creates this illusive space that is extremely attractive. The bar is also one hundred percent plant based and cruelty free. They are a craft beer bar and serve only products that come with vegan certifications. 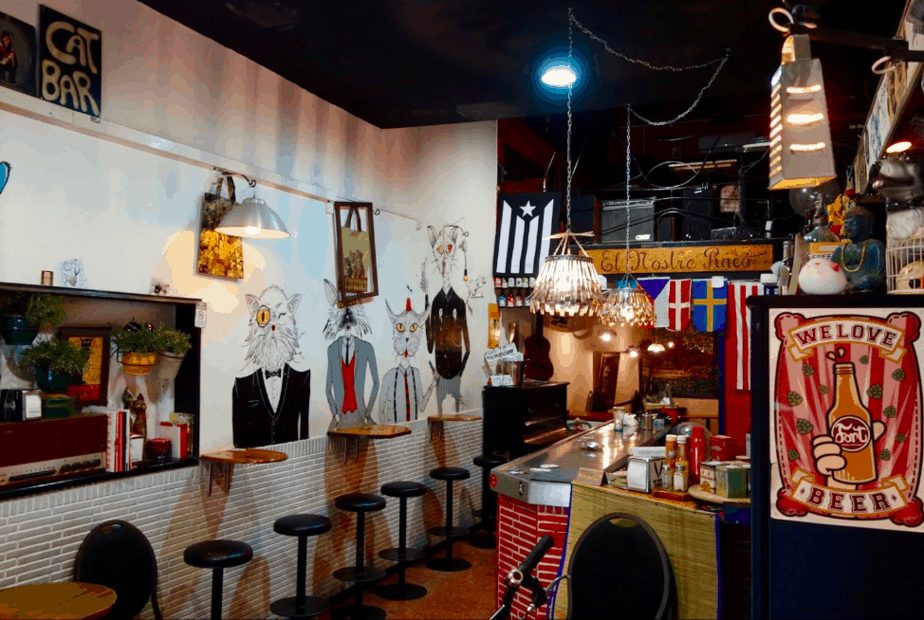 CatBar keep a lot of their operational information off of the internet. One should call them to find out opening hours of a specific day. If you can arrange to come here post guided walking tour of Barcelona’s old town, you’ll have had a great day out in the Spanish city.

I hunted down this cute cafe in Gracia because I’d been told about their out of this world vegan carrot cake with creme cheese frosting. By the time I arrived I was starving and ended up eating the vegan burger as well — wow!

The Quinoa Bar markets itself as a vegetarian restaurant, so you might think you’d find more than a few byproducts incorporated into the menu. It’s really only goats cheese that they use in some items on the menu, other than that the cafe is essentially vegan. 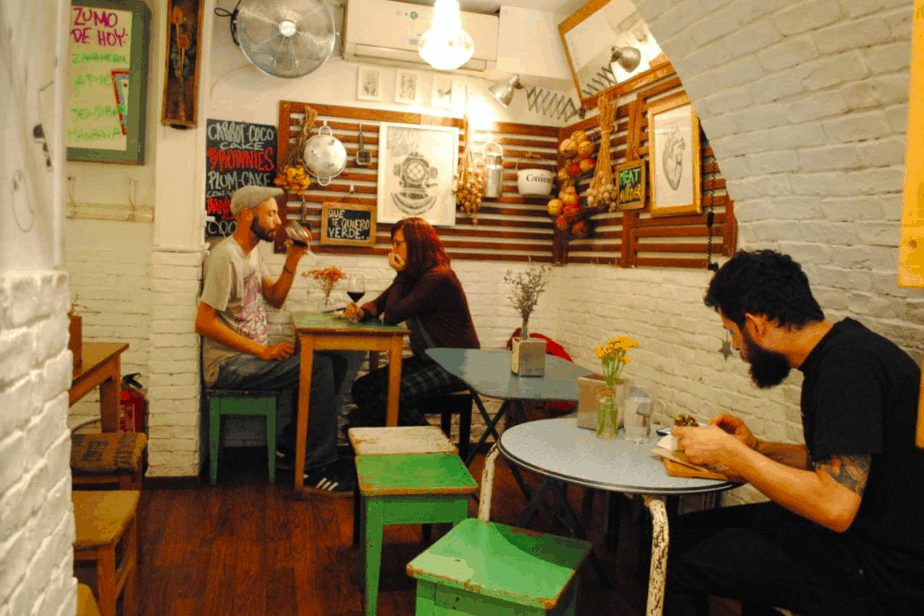 It’s always great eating at Quinoa Bar, be it for brunch, lunch or dinner. It’s unusual for a “vegan” cafe to stay open this late in Barcelona so it’s a hotspot for dinner dates and pre-night out dining.

With veganism being such a big movement amongst the youth, the university district in Barcelona can be trusted to deliver some tasty burger options.

Cafe Menssana is right by the university, and although the cafe isn’t solely vegan, they cater to eaters of all diets quite sufficiently. And being a university village, prices are considerably lower here; at Menssana you’ll eat generous portions of vegan, vegetarian or meaty foods for next to nothing. 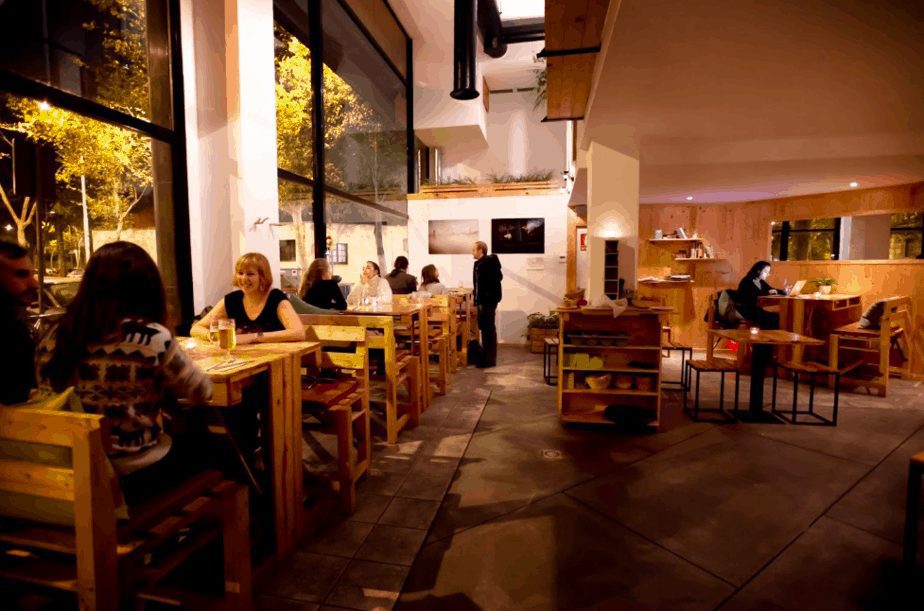 Their vegan burgers are delicious, and their vegetarian burgers can be made vegan by request. They also have gluten free meal options for anyone needing to make further adjustments.

Another surprising cafe in Barcelona that stays open well into the evening for dinner service. If you’re a wine drinker you should try their organic red with your meal.

Well aware of the many different people, cultures and diets that come through the old town center (mostly via free guided walking tours) Ale&Hop have turned their traditional Spanish pubs into one of the most inclusive spots in town.

This is even a dog friendly space; your furry friends are welcome anytime during opening hours. 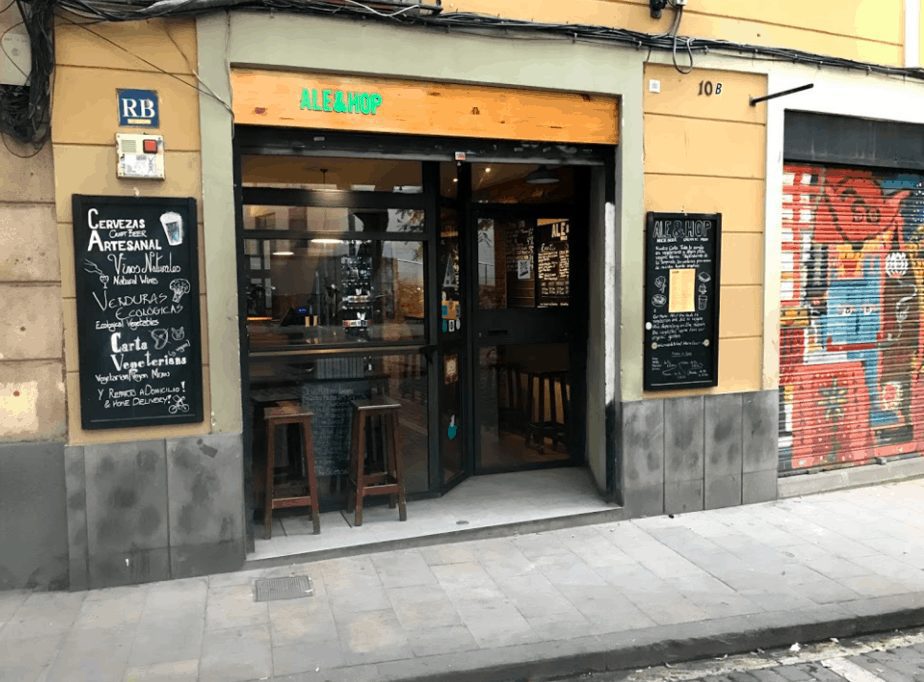 They have two menus, one for meat eaters and one for veggie eaters. This eliminates any risk of confusion or contamination in the kitchen. They have a handful of vegan and vegetarian (can be made vegan) burgers to choose from. Thought has clearly gone into their menus and vegans would do well to support this business’ efforts despite the fact that they do contribute to the meat demand as well.

If you find yourself in the Gothic Quarter, or on one of the Barceloneta beaches, and in need of something quick and tasty, then you can run into Bacoa Burger for a real fast food vegan burger.

They have a few branches around the city and are known as one of the best fast food burger restaurants in town. Most of the menu is meat based, however. They have just one vegan option on the menu and it’s not bad at all. Like I said, this is a quick fix when you need it most. 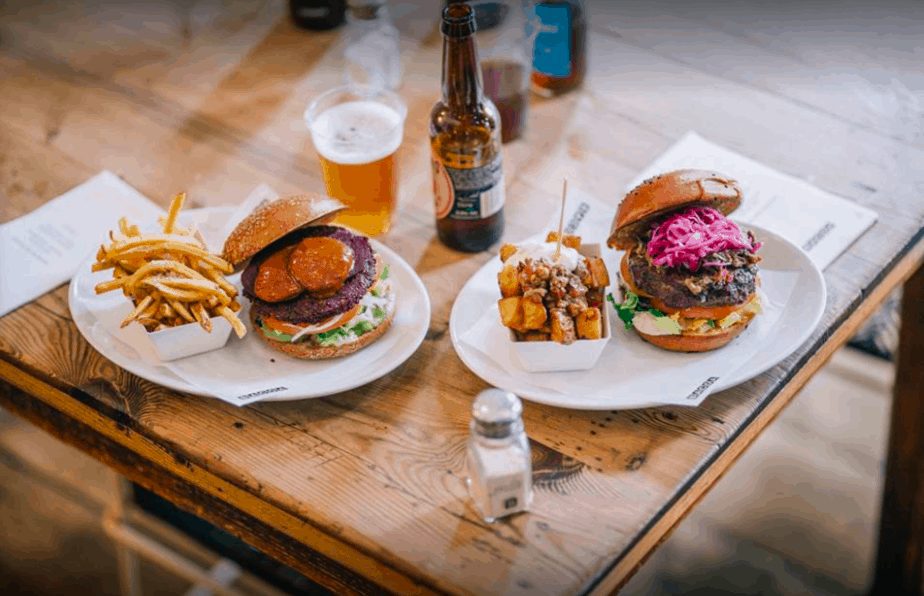 Despite being “fast food” their burgers have a homemade style to them which is great. Paris with their fries its a wonderful plant based meal for under ten euros.