The Best Rum Bars in Barcelona 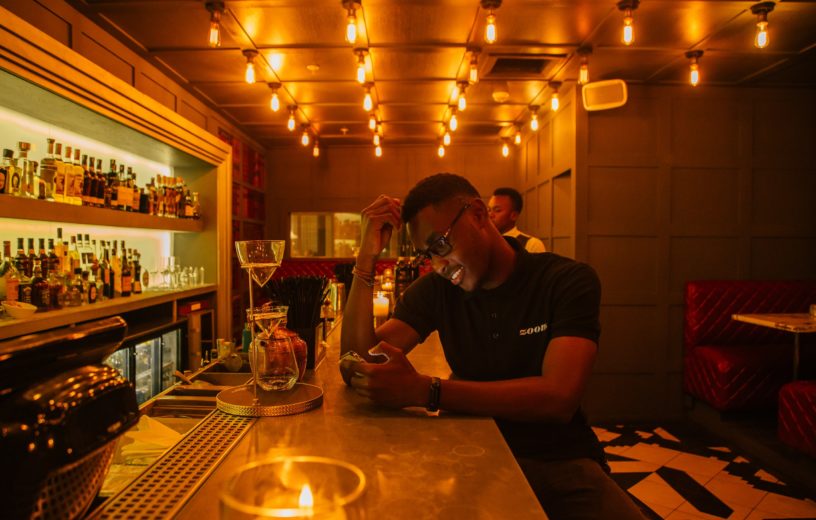 The Best Rum Bars in Barcelona

Lovers of rum tend to be quite particular about where they get it and how they drink it. This makes rum bars extremely popular in any major city, as it gives the people a consistent point of access to the wide rum world.

The rum bars in Barcelona are few, but remain wonderfully vibrant drinking spots all the same. Since there are only three worthwhile spots in the city center, I made a point of visiting each one and scrutinizing each experience — here’s what I came to find.

The first stop on my Barcelona rum journey was El Barón, a rum bar close to the main port of entry into Barceloneta’s beaches.

My go-to when it comes to rum, is a classic Old Fashioned. It was reported to me by a friend that El Barón made, what they believed to be, the best Old Fashioneds in town and that I should absolutely check them out.

This bar is set out like a sort of rum cave. It’s a small, moody space with a slight island feel to the decor. I am also happy to conclude that they definitely have the best selection of rums in all of Barcelona. 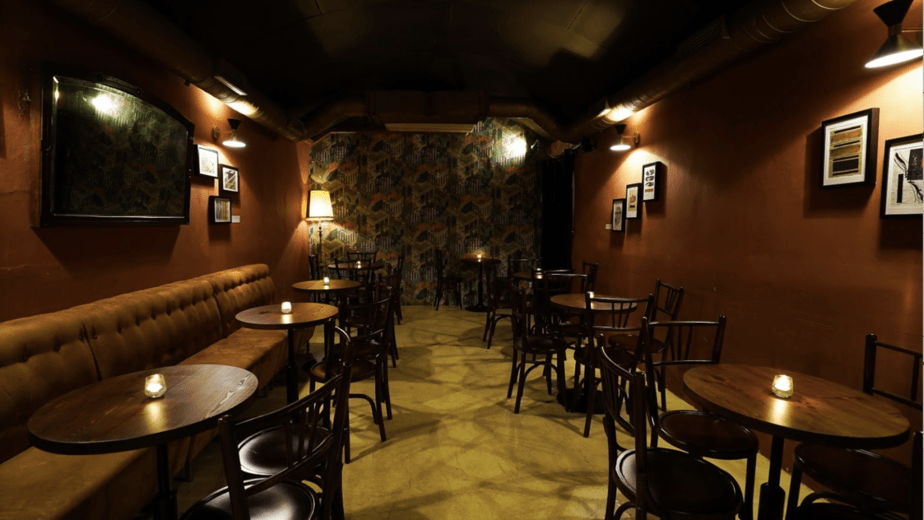 El Barón in Barcelona – by El Barón – Uploaded by them

What makes the experience at El Barón even sweeter, is just how much each member of staff knows about said selection. They have all clearly been properly trained and are perhaps even passionate about this specific alcohol in their own way, so much so that they are able to provide each customer with the best flavored rum to suit their palette.

It is recommended that you enjoy your rum choice in a cocktail blend. I had the Old Fashioned, which was everything I hoped it would be, but I will say that their Mai Tai deserves some of your time, too.

Drinking with a friend who can’t do rum? No problem. El Barón has a range of local beers as well. 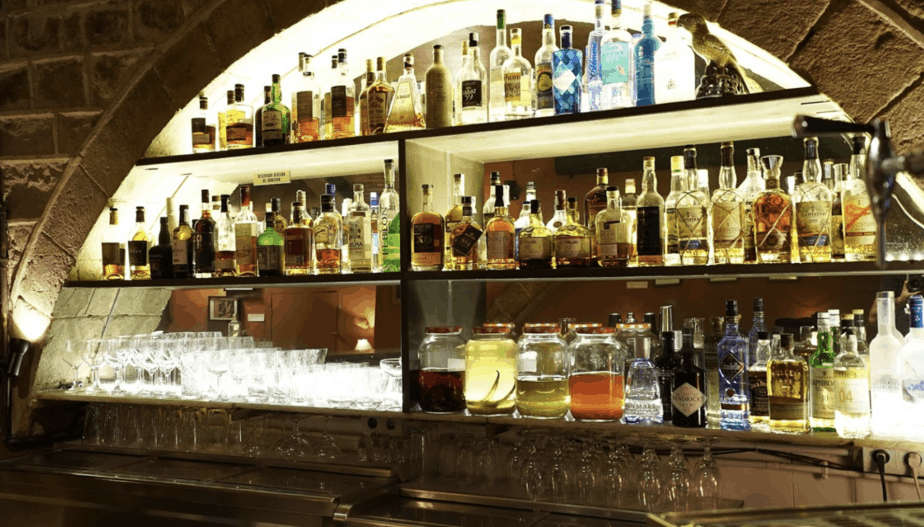 El Barón in Barcelona – by El Barón – Uploaded by them

Opening Hours: Tuesday to Saturday — 6pm to 2:30am

The Box in Barcelona

I actually found The Box based off of a recommendation from the bartender at El Barón. The Box is a few meters away from El Barón; it’s a Latin American restaurant that just so happens to have an impressive collection of imported South American rums.

I came in search of food, and ended up delaying deep into their rum collection while simultaneously stuffing my face.

Firstly, the food is decent. Not much to write home about, but good Latin American-style street food to line your stomach with before a long night on the Barcelona town. They have nachos, hotdogs, bagels, quesadilla plates and more. 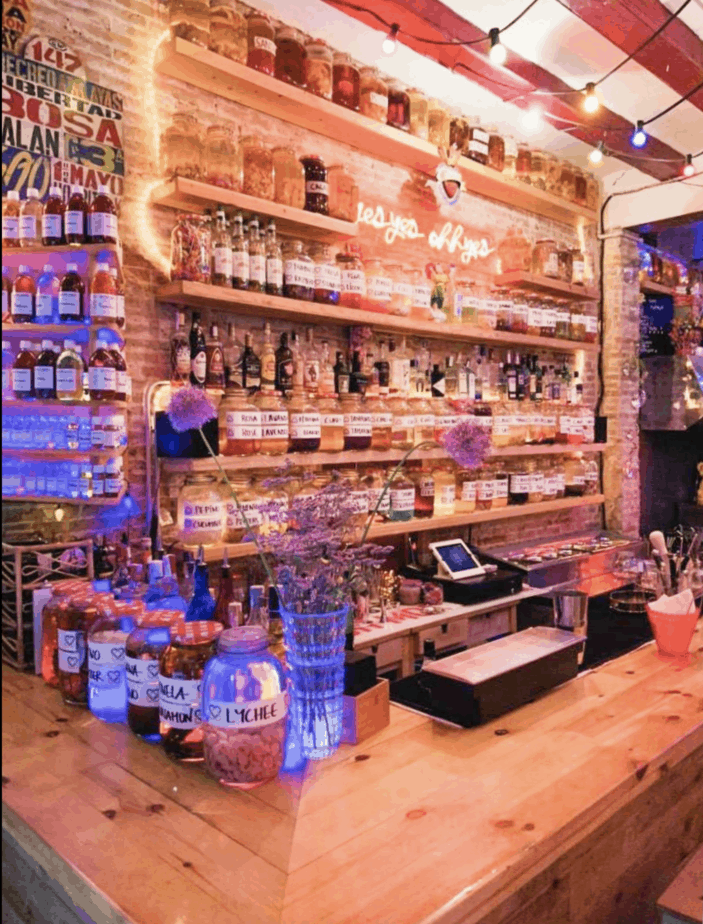 The Box in Barcelona – by The Box – Uploaded by them

The waiters and bartenders will introduce you to their rum menu before you have a chance to object. The main bartender, who I suspect is also the owner, will take complete control over your drinks and make double sure that they are perfectly suited to your personal taste.

Amongst the imported rums, are a range of different rum infusions all made in house by the bar staff. It’s a laboratory, essentially, and they’ve gone to unbelievable creative lengths to concoct something for everyone. You’ll see so just by looking at their display wall.

It’s hospitality at its finest, and service unlike any other bar you’ve probably walked into in Barcelona.

The Box in Barcelona – by The Box – Uploaded by them

If you’re going to drink rum in Barcelona, why entrust your experience into the hands of the best in the business?

The Caribbean Club is a time warp of a space, owned and run by a legend in the rum cocktail making world. Juanjo is a cocktail-making angel with an intense passion for Caribbean drinks. He’s participated in many competitions across Cuba, making him the expert on rum in Barcelona.

Juanjo doesn’t speak much English, and appreciates anyone who comes into the bar and makes an effort to communicate with him in Spanish.

There are over 150 rums at the Caribbean Club; choosing one based off of you’re own personal knowledge is somewhat impossible. The staff here know the histories and origins of every single one, and will pair you to them like a seamless dating app. 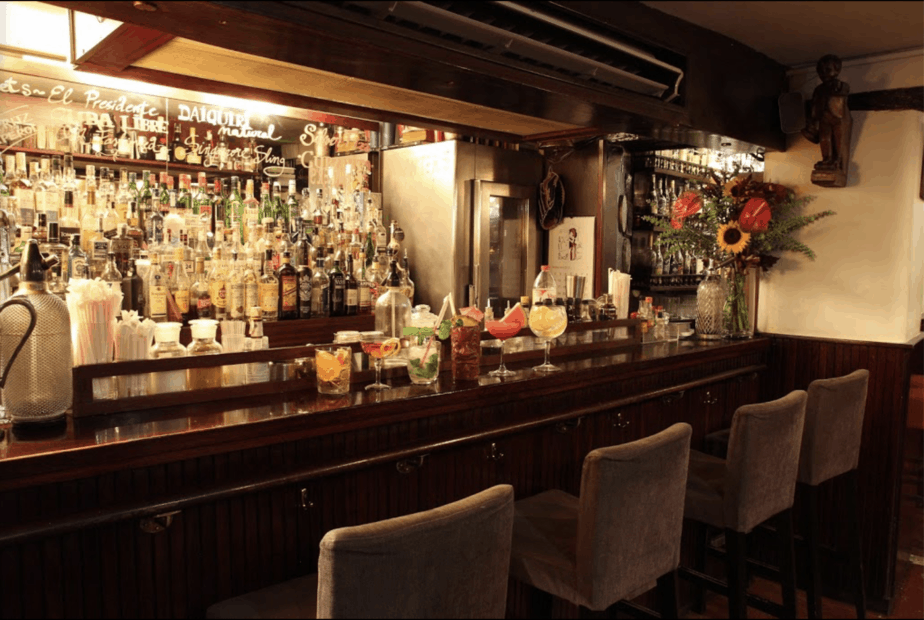 This is a more sophisticated drinking experience; not the kind of place you come to get wasted before running around the rest of Old Town, but rather a space in which to sip fine alcohols, taking in the flavors as you engage in good conversation.

I can’t remember exactly what was served to me based off of my specifications, but I do know it was a sort of mojito from Trinidad & Tobago — highly recommend! Drinks at the Caribbean Club go for around €9 each; not the cheapest cocktails in Barcelona but you do get what you pay for!

Gin lovers take note: Caribbean Club also does these cocktails quite remarkably. Good to know if you’re drinking with someone who isn’t a fan of the Cuban rums. 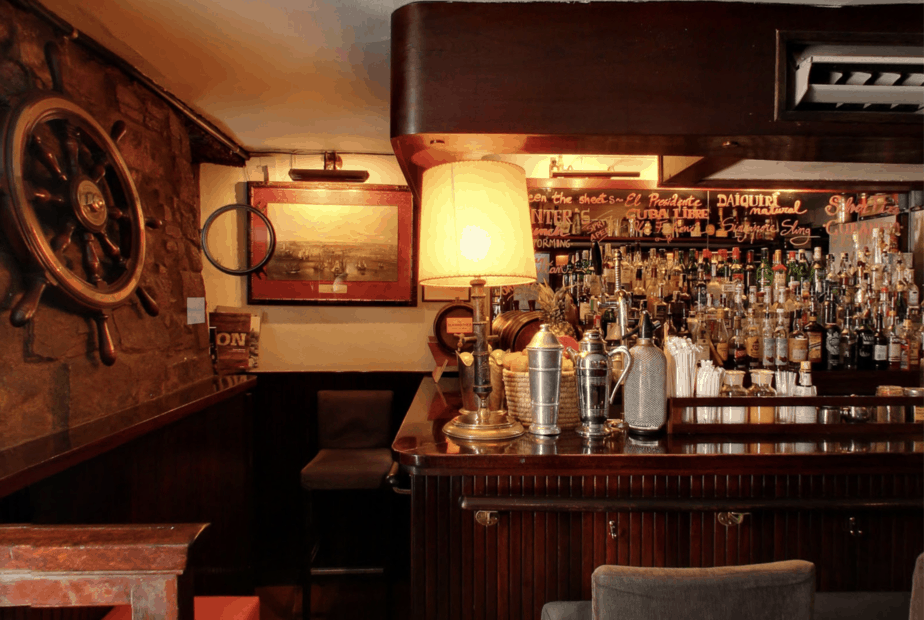 Opening Hours: Tuesday to Saturday — 6pm to 2am