The Best Greek Food in Barcelona

The Best Greek Food in Barcelona

A few weeks back I got an overwhelming desire for moussaka and dolmades, and set out trying to find a decent Greek eatery in Barcelona.

While options are few, they are at least authentic and doing the cuisine proud. I know this because of the presence of actual Greek people in each of them; and if you know Greeks, you know they don’t tolerate poorly made food.

Here are a few to keep in mind if you too want some Greek goodness during your time in Barcelona. 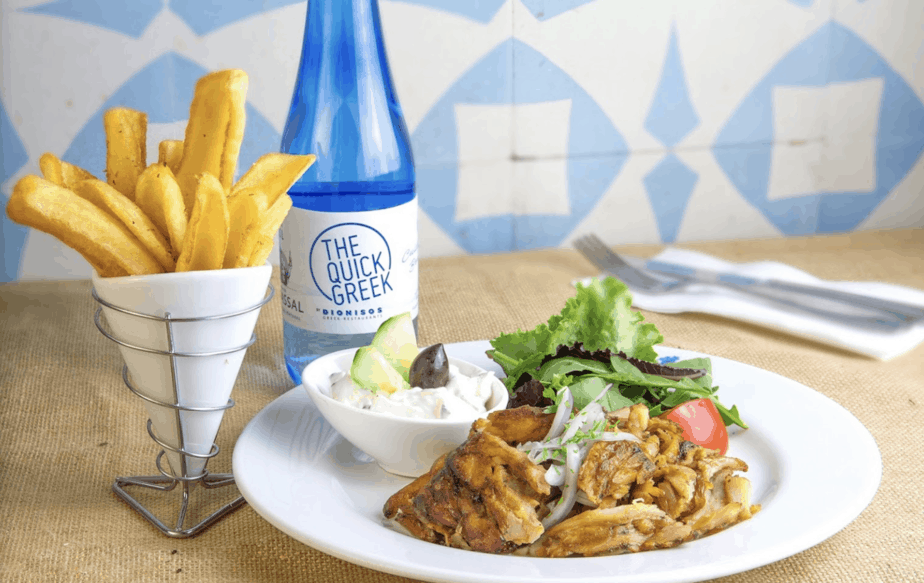 The Quick Greek in Barcelona

The Quick Greek is Barcelona’s main Greek eatery franchise. There are branches in all the different neighborhoods, and they stay open until late in the evening.

As the name suggests, this is quick, to-go style Greek food that is centered around a very simple menu. Service is over the counter, but there are usually a few tables in each restaurant where you can settle in.

The one I go to is in the Gothic Quarter, close to the beach and coastal attractions. Unfortunately this particular one is so small that seating is not an option at all. 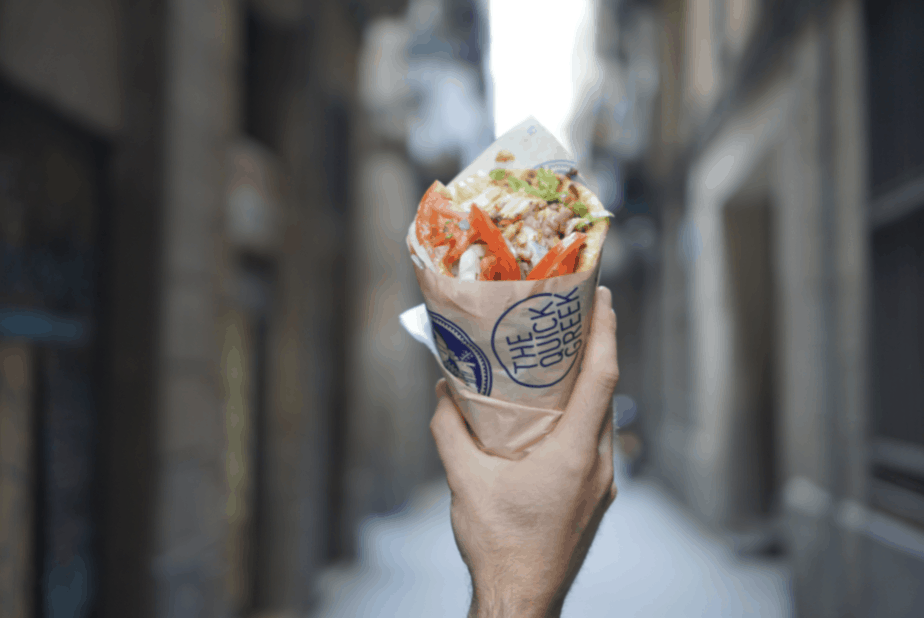 You’ll choose from traditional gyros with your choice of filling, traditional souvlaki meats plated with sides or a variety of Greek salads and baklava. Falafel is available as a protein option for vegans/vegetarians. These gyros are absolutely delicious; soft, chewy pita bread, saucy tzatziki and properly seasoned chips.

Essentially, this is Greek street food through and through. The prices are really reasonable and service is… quick!

So where should one go for traditional, quality Greek but in a sit-down dining setting? To Dionisos Aribau, of course.

This is the mother of all the Quick Greek branches in Barcelona. It’s the flagship restaurant that launched this cuisine into the city, and the franchise broke off from here. The owners saw tremendous success with this full sized restaurants and decided to expand it into smaller take-away joints all over town. 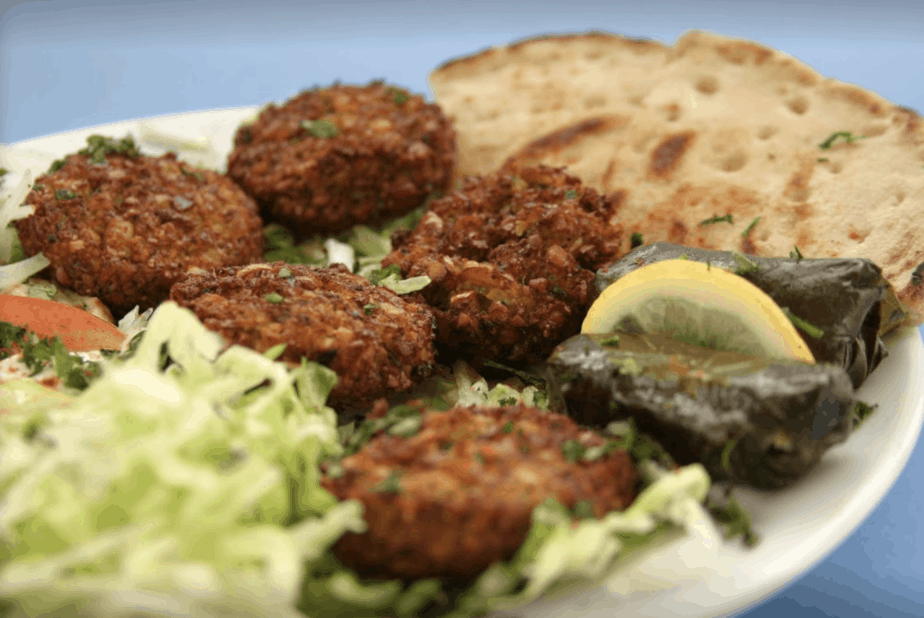 Dionisos Aribau has a much more inclusive menu compared to the Quick Greek. You’ll have the same delicious souvlaki and gyros, as well as all of the traditional mains, sides, dips and breads imperative to the cuisine.

A lot Greek foods are unintentionally vegan and gluten free; at Dionisos the menu is clearly labeled so everyone can order comfortably.

If you’re a vegan but want to enjoy the goodness that is a gyro, ask your server to replace the tzatziki with either hummus or melitzanosalata (a dip made from eggplant). They’re always happy to do so.

La Taberna Girega is another really charming sit-down dining restaurant that stays true to the Greek cuisine. This one is closer to Gracia, deeper into the residential parts of the city.

You’ll find all the entrees and dips you know and love, as well as a few Greek dishes you’ve probably never heard of. The chef is Greek and likes to really delve deep into the cuisine to bring new experiences out to patrons. 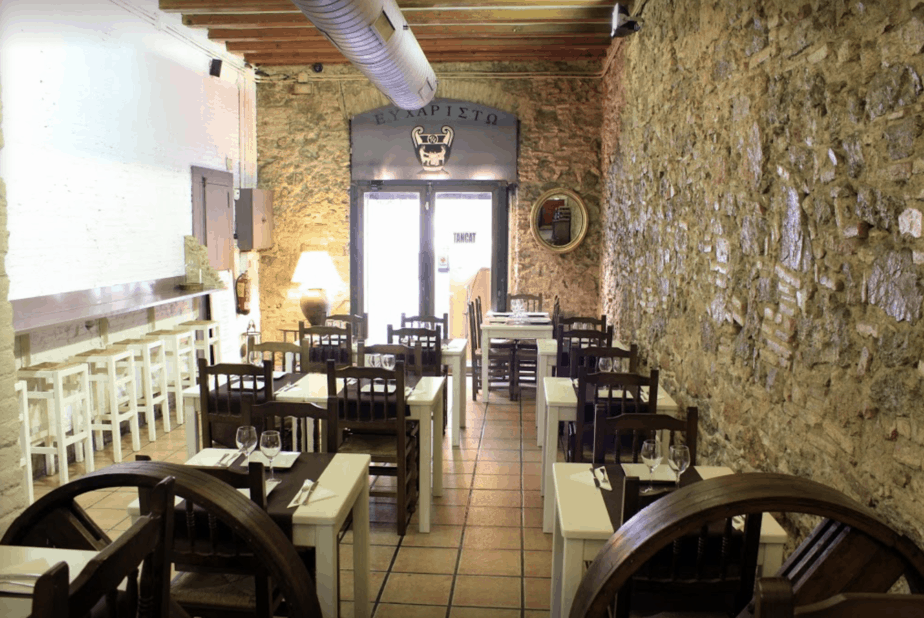 What they also do is a daily alternating lunch menu that always costs just €10. It’s excellent value for money; I have never been able to finish the potions. The chef decides on this lunch meal each day and no two days are the same. Usually you will get a starter and a main, but this depends on what kind of meal he is preparing.

It’s back in Old Town, just around the block from the Filmoteca de Catalunya where you can watch old art house movies for a small fee. If I want to impress someone, we do Greek dinner and then a film at this very old cinema — charming as hell!

What’s great about el Magraner Boig is that they’ll adjust any menu item where they can to make them compliant with all dietary requirements. If you want a souvlaki plate but with only veggies, they’ll do it. If you want your gyro made vegan, they’ll do so happily. 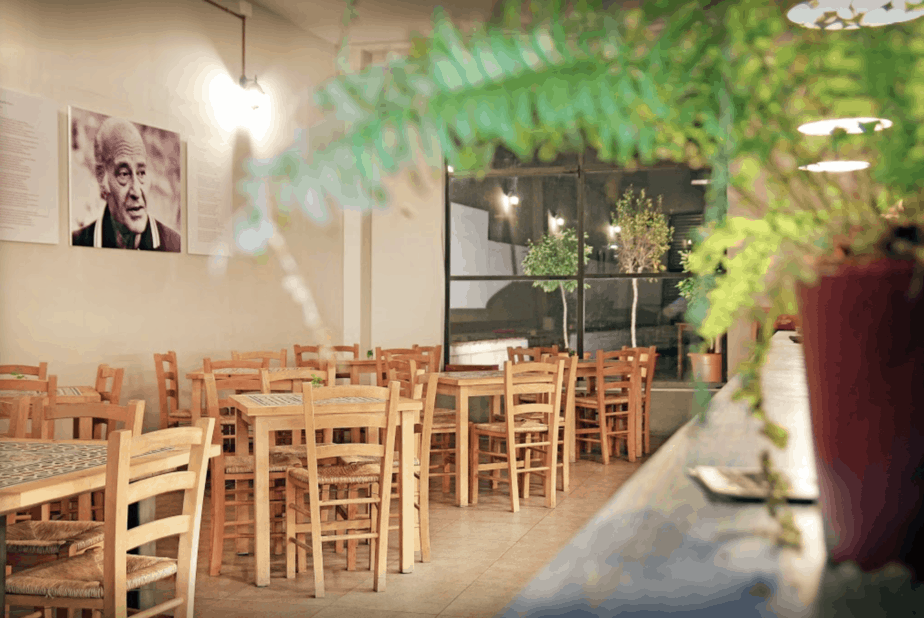 Something to note about el Magraner Boig is that they fill up every night. Reservations are somewhat mandatory, though if you walk in at 11pm looking for late night food you should be okay.

Also note that on Saturdays and Sundays they open for lunch service as well. The rest of the week is dinner only!

OPENING HOURS: Monday to Sunday — 8pm to 12am

Whether you’re hunting down Greek food or just exploring this eclectic city in general, one should always find time for a free guided walking tour. They move through the city, its art, and its history, seven days a week, multiple times a day.