The Best Buffet Eateries in Barcelona

The Best Buffet Eateries in Barcelona

A good buffet can turn a bad day of travel into one a little lighter. Traditionally Spanish food is served fresh off the grill, so buffets containing the local cuisine are virtually unheard of in Barcelona.

Being the melting pot that it is, however, Barcelona has many other cuisines from around the world and many buffet eateries to match. Here are the few that I frequent.

Remember: a good buffet should have people in the restaurant at all times, this ensures food is regularly rotated and not sitting around all day! Keep watch!

El Buffet Verd is situated in Gracia, a neighborhood that loves their buffet restaurants. It’s a vegetarian restaurant, so vegans are included here quite easily.

What you need to know about el Buffet Verd is that their hours of operation are very short and specific. You can only enjoy a lunch buffet here, and they are only open for three and a half hours, six days a week.

The buffet will cost you just €10, which includes a coffee and dessert at the end. It’s an excellent deal, and while the buffet might be simple, the food is terrific and hearty. There are soups to start, followed by warm meals and salads. 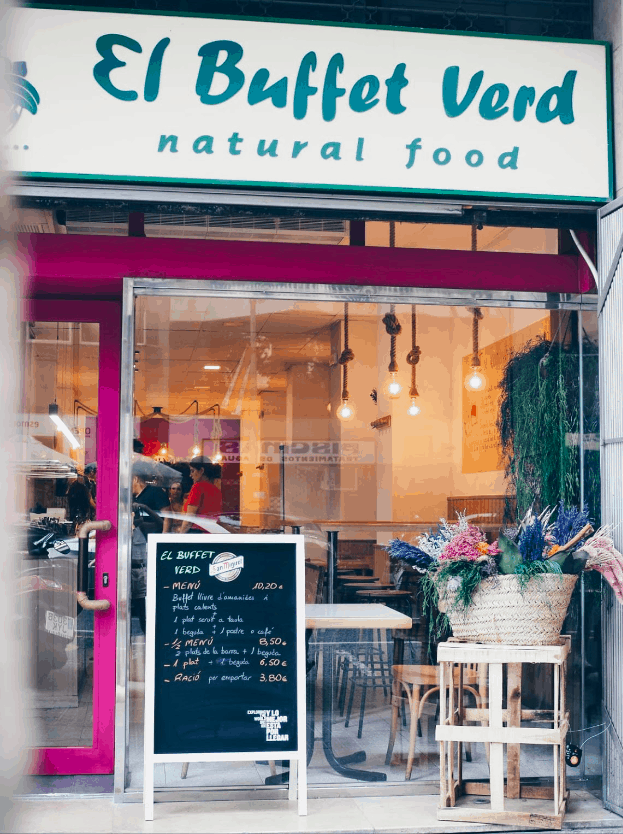 Guanabara by El Rodizio in Barcelona

You can do a lot in Barcelona’s Old Town: watch films at arthouse cinemas, drink in the oldest bar in the city, take a free guided walking tour and eat Brazilian meats until you fall over.

That’s what happens at Guanabara, the Brazilian meat house by el Rodizio. It’s a meaty fiesta with an all you can eat buffet. Like with most Brazilian spots, the ambiance is unmatched and service is outstanding.

In typical Brazilian style, the meats are brought to your table on giant skewers and sliced up fresh as you point out your preferences.

There one or two vegetarian options, so don’t stress if you’re being dragged here by your carnivorous friends. 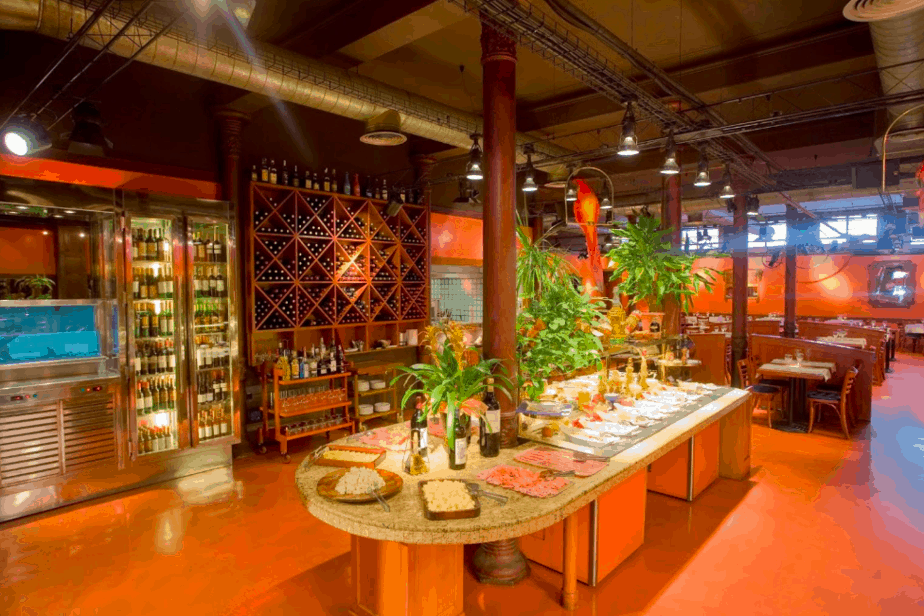 Another Brazilian buffet, but this one is deeper into the city.

Again, the meat skewers will be brought to your table by the servers and you’ll point out as many as you’d like, for as many rounds as you’d like. The salads and sides are in a normal buffet area that you can dish up from as you please.

You’ll pay €20 per person for the buffet dining, or €30 with desserts and drinks. Half of the experience of a Brazilian restaurant comes down to the ambiance, and Top Grill has it perfected. A wonderful break from the Spanish cuisine during your trip to Barcelona. 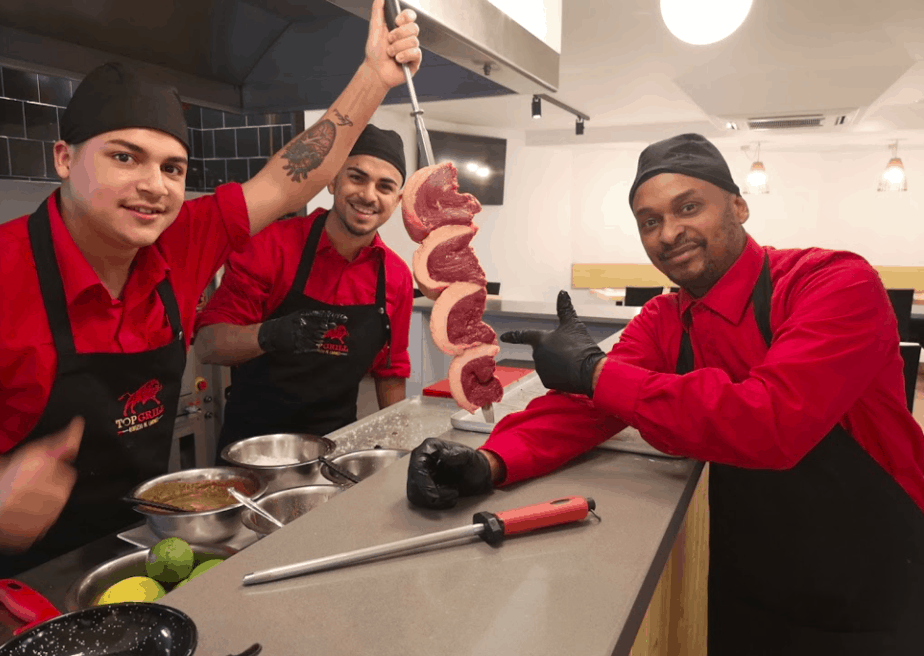 I love trying new cuisines, and the diverse neighborhood of el Raval has so many from around the world thanks to its large immigrant community. If you want to see what I mean, take the guided walking tour through the neighborhood and observe the eclectic street life.

Pappa Sven is a Swedish and Spanish fusion kitchen that operates through a buffet. It’s sensational, and you have full access to both the hot and cold sections for just €25 per person. This includes a beer or cold drink and dessert of your choice.

Unless you’ve been there, or are from there, you probably have no idea what Swedish food entails. Neither did I prior to Pappa Sven; I can confirm that it is a lot of meat delicacies, tasty bakes and traditional delicatessen. 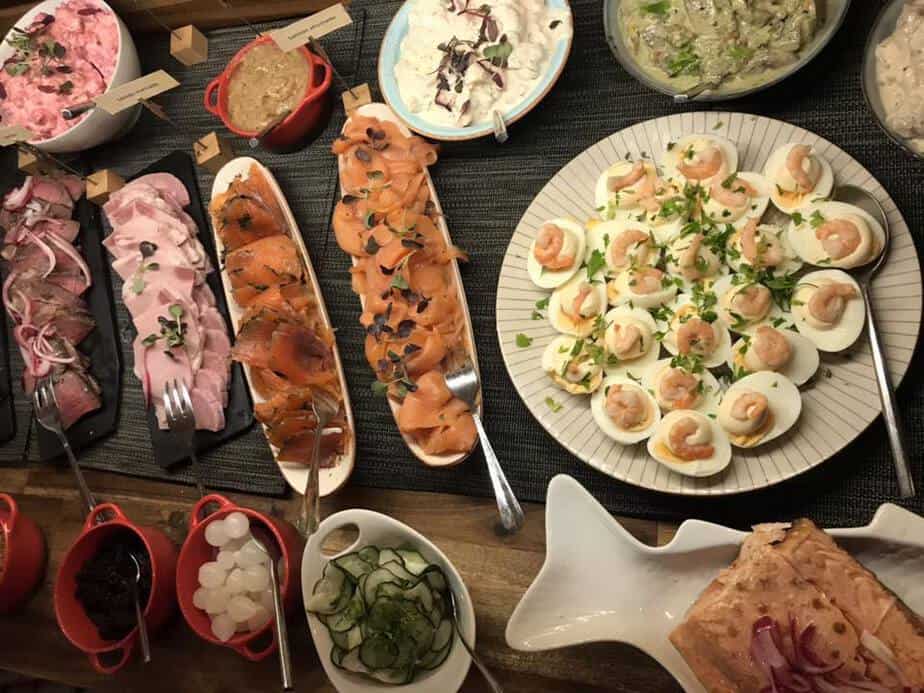 Pappa Sven in Barcelona – by Pappa Sven – Sourced from their Facebook

The Biocenter is also in el Raval and combines a regular restaurant menu with buffet dining — the choice is yours.

This is a strictly vegetarian restaurant with many vegan and gluten free options. Everyone has been thought of and included in the menu… everyone cruelty free, that is. Before you roll your eyes let’s just take some time to appreciate the work this eatery is doing in creating more inclusive dining spaces for the people of Barcelona.

The food is outstanding. Vegan or not you’ll be over the moon. The menu is clearly marked for allergens. 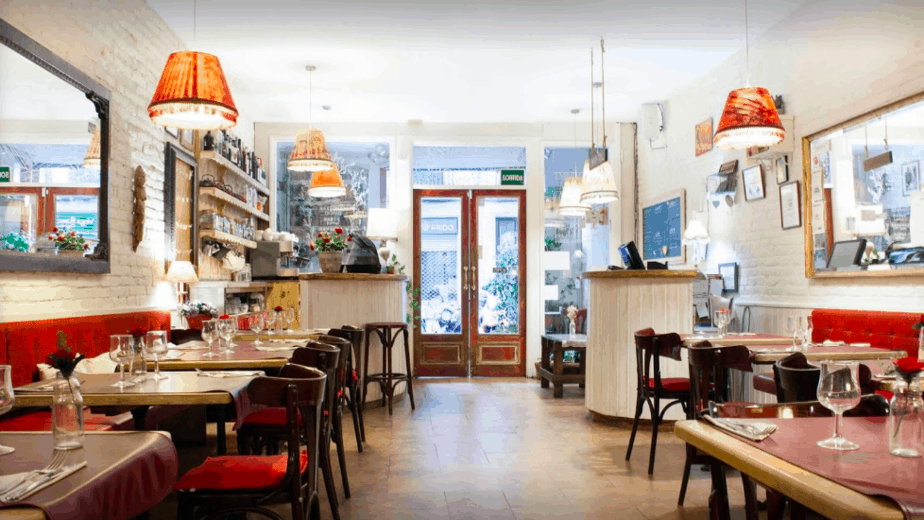 Biocenter in Barcelona – by Biocenter – Uploaded by them

Poble Sec is even more diverse than el Raval since it is still an up and coming part of Barcelona where artists and immigrants congregate. As far as I know, Bar Restaurante Morenita is one of the only authentic Dominican restaurants in Barcelona.

The buffet is traditional Dominican, it’s the same every day and you can eat here for next to nothing. Another bonus is that they are open until 2:30am daily, making this the buffet open the latest in the city.

I highly recommend stopping by here at least once during your trip. You won’t often be able to try this cuisine while traveling around Europe. 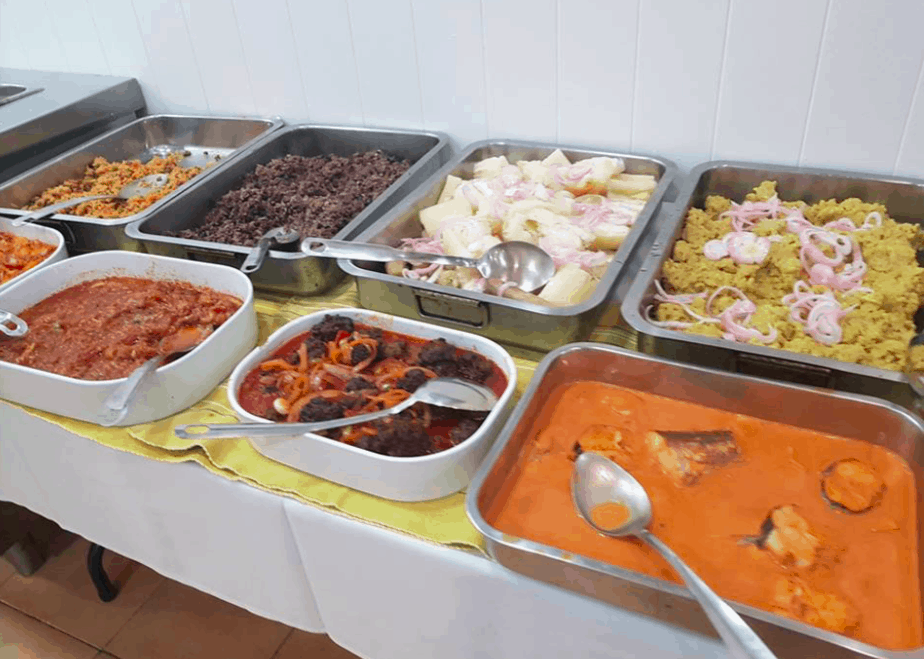