The Best Arts Museums in Barcelona 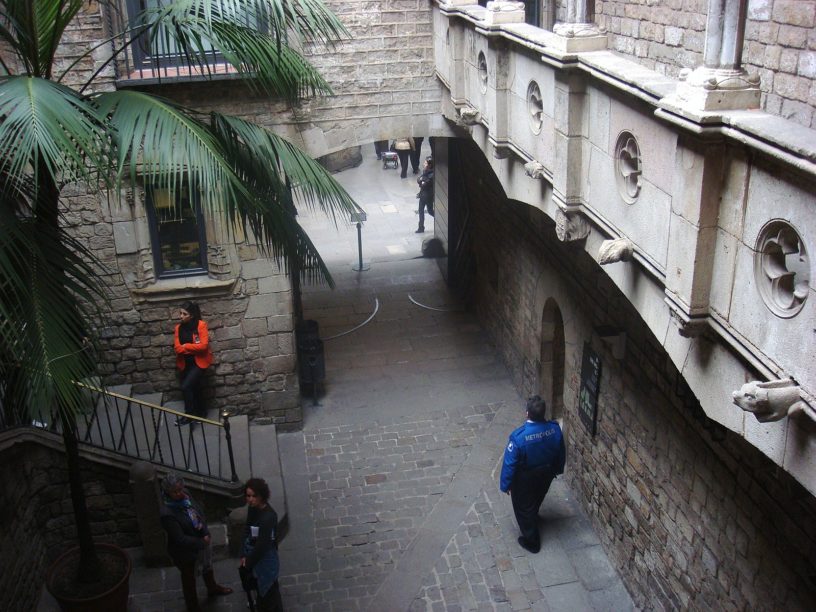 The Best Arts Museums in Barcelona

The city of Barcelona is sometimes referred to as one, big, outdoor art museum, given the character of the buildings and the public works left behind by the likes of Gaudi and Herzog & de Meuron.

But sometimes an indoor art spectacle is just what the doctor ordered, and Barcelona has a lot to offer behind closed doors. You can view the legacies of some of the most influential Spanish artists, including Dali, Picasso, Goya and Miro!

The Picasso Museum in Barcelona

Stretched across five adjacent palaces, the iconic Picasso Museum museum holds more than 3800 original Picasso works, making it one of the most complete permanent collections on the planet.

The museum is divided into smaller collections within itself; you’ll find the cubism section on one floor, landscapes on the next, and eventually everything from the intense Blue Period of his career. 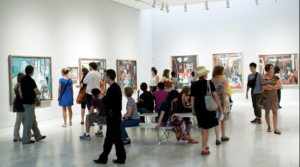 Two of the palaces are dedicated to temporary exhibitions and offer visitors the chance to see works usually showcased in other parts of Europe. The Picasso Museum is free on the first Sunday of every month. One can also visit for free on Thursday evenings after 6pm, with the museum closing up at 9pm.

ADDRESS: TUESDAY TO SUNDAY — 11AM TO 9PM

The Museum of Contemporary Art in Barcelona is one of the most impressive establishments in the country. You’ll pass it as you move through the artistic district of el Naval, just south of the Gothic Quarter.

The museum showcases contemporary works from both local and international artists. The exhibits are refreshed and rotated regularly. The work is often a commentary on socio political issues facing the Catalan region. Entrance is free on Saturdays between 4pm and 8pm.

OPENING HOURS: WEDNESDAY TO MONDAY – 10AM TO 8PM

Okay, so the Dali Museum isn’t in Barcelona per se, but it is one of the most worthwhile art experiences one can have in Spain (and possibly on the European continent itself). The museum is situated in the northern village of Figueres, which sits as the capital of Girona. 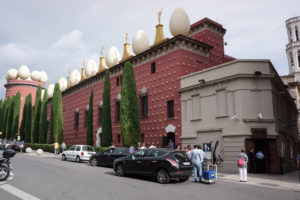 Trains to Figueres depart hourly from Barcelona’s Sants station, and the journey there is only about an hour. This is the best Dali museum experience in the world, in my opinion. There’s good reason to why people travel from all over the world just to spend an afternoon here.

Not many people know that Salvador Dali actually designed this museum himself, and it is not the cleaver work of the foundation post his death. In saying this, it should become clear that the museum in its entirety may just be the world’s largest surrealist object.

A small and understated art museum in Barcelona, situated in the el Born district. This museum has built a rep for being the museum that people who don’t enjoy museums enjoy — read that over and make it make sense.

There’s just something about the Moco that you can’t not love. Moco stands for Modern and Contemporary Museum. The space is filled with weird and wonderful installations, and one can cover the entire space in 45 minutes to an hour (this is usually unheard of in European museums). 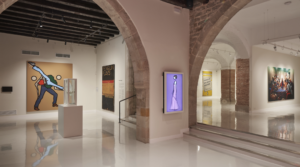 If you love the works of Banksy, Kusama and The Kid, then this is the art museum in Barcelona for you. Diverse, inspiring and unique is how I would describe this experience. And since its right next to the Picasso Museum, you can actually kill two birds with one stone!

From Friday to Sunday the Moco is open a little later than the rest of the week; until 9pm.

OPENING HOURS: MONDAY TO SUNDAY – 10AM TO 7pm

Housed inside the phenomenal Palau Nacional in the amphitheater of Montjuic, the Museu Nacional d’Art de Catalunya is Barcelona’s exhibit for Catalan visual arts dating between the 11th century right through to the 20th.

All of the exhibits and works held in the museum are the works of local Catalan artists. For those who aren’t already aware, Catalonia is the province in which Barcelona is the main city. 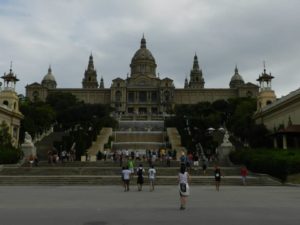 This museum was designed with the intent of visitors spending the whole day on the premises. There is a rooftop restaurant and multiple cafes on the ground floor. Entrance is free on Saturdays after 3pm. One of the main exhibits is a collection of furniture that was designed and made by Gaudi.

OPENING HOURS: TUESDAY TO SUNDAY – 10AM TO 8PM