The Best Apps You Need When Visiting Barcelona 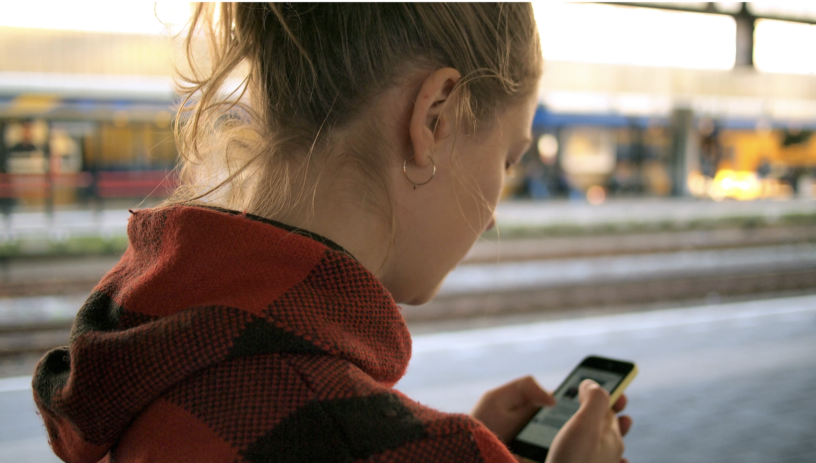 The Best Apps You Need When Visiting Barcelona

So you’ve made it to the unofficial Spanish capital; you’re going to need some help navigating this eclectic city! Cue the metaverse, or simply the world wide web through which all problems can be solved.

The following is a list of some of the most useful apps to use while visiting Barcelona, tried and tested by yours truly!

It doesn’t matter what country or city you are in, there is never a good reason to not have Citymapper installed on your smartphone! This dynamic app is very different to regular map apps that one might use when driving or catching public transport.

Citymapper helps you to navigate complicated cityscapes conveniently, and has data integrated into it that other mapping apps simply don’t. You can use this app no matter what kind of transport you are using, even bicycles have their own algorithm to get from A to B as effortlessly as possible. 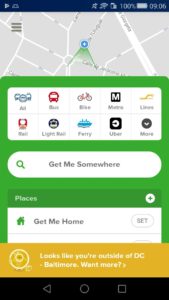 Citymapper also offers live updates and real time information for public transport options. You can also save locations, such as ‘home’ or ‘gym’, allowing for the app to get you where you need to go within seconds.

If seeing Barcelona through Gaudi’s lens is something of interest to you during your visit, then Gaudi’s BCN app is another must-have. Barcelona and Gaudi go hand in hand, but of course architecture and art aren’t priorities of all tourists who flock to this city… 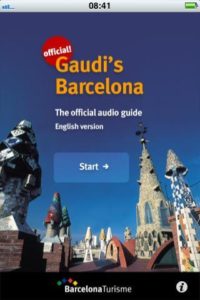 If, however, you are interested in seeing one of 11 major Gaudi additions on the cityscape, this app provides an audio guide for you to have in your ear as you navigate these landmarks. You’ll learn fascinating things about the artist and the structures, and how they came to be permanent works in the Barcelona streets.

If architecture in general is of interest to you, the the BCN Paisatge app is something you’ll probably get great use out of. If there is a hidden gem in Barcelona, this app will lead you straight to it. 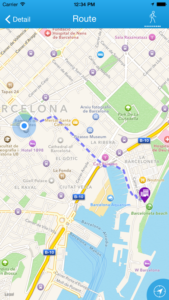 The app using geo-tracking technology to follow you on a walkabout from point A to point B (both of which you insert into the system). As you move through the streets, the audio guides will feed you the best kept secrets about the areas through which you pass, pointing out things that would otherwise go unnoticed, such as medieval symbols and old encryptions.

Navigating Barcelona’s rich gastronomic scene is something that I found incredibly overwhelming during my first few weeks in the city. There is just SO much to choose from, and it’s a lot to digest, even for the most decisive of people. 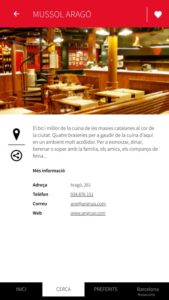 This app called Barcelona Restaurants really helped lift the pressure of choosing. Using a range of filters, you’ll be shown an array of places to eat depending on what it is you are looking for in terms of price, service, cuisine, location etc. It seems simple and fairly obvious, but it really makes a big difference when choosing on a whim just isn’t cutting it.

If you’re keen to meet new people and try new things, but using a dating app simply isn’t your forte, then Meetup gets a thumbs up from me!

This app is designed to be used anywhere in the world where people want to gather in public settings, and are open to having others join in! From beach yoga at sunset, to poetry readings in the streets, there is always something happening in and around Barcelona. 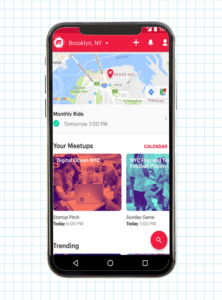 It’s one of the best ways I’ve found of safely meeting people from around the world, and I’ve come to know some good friends thanks to Meetup. If you’ve just moved to Barcelona, then I recommend getting on this ASAP!

The metro is pretty all encompassing in Barcelona, and there’s rarely a need to use private transport if you’re just exploring the city. That said, the metro doesn’t run 24 hours, so if you do find that you’ve missed the last train late in the evening, you’ll be grateful to have a ride-app on your phone. Uber is now available in Barcelona, but drivers and cars are limited, so if there is a surge you could be left waiting for long periods of time. It’s best to have two ride-apps at all times. MyTaxi is an efficient local taxi service whereby a car is sent to your location immediately after booking. You also don’t need to pay cash — you can pay through the app if so desired.

Look, Barcelona is one of the easiest cities to communicate in, even if you aren’t able to speak a lick of Spanish. Most people here are able to communicate is multiple languages, and someway, somehow, you’ll always get what is needed across.

That said, if you’re an unseasoned traveler and are not used to directions, menus and basic greetings in foreign languages, it can be a little overwhelming to navigate at first.

Having a translator app on your phone is a great way to ensure that, no matter what, you will always be understood if need be. You’ll also find yourself less likely to use the app if you know its there, and more inclined to first attempt to communicate, read or make sense of something before using this helpful crutch.

Ideally, choose one that offers photographic translation for menus and notices — this is something I still use fairly often!