Spanish Films That You Need to See 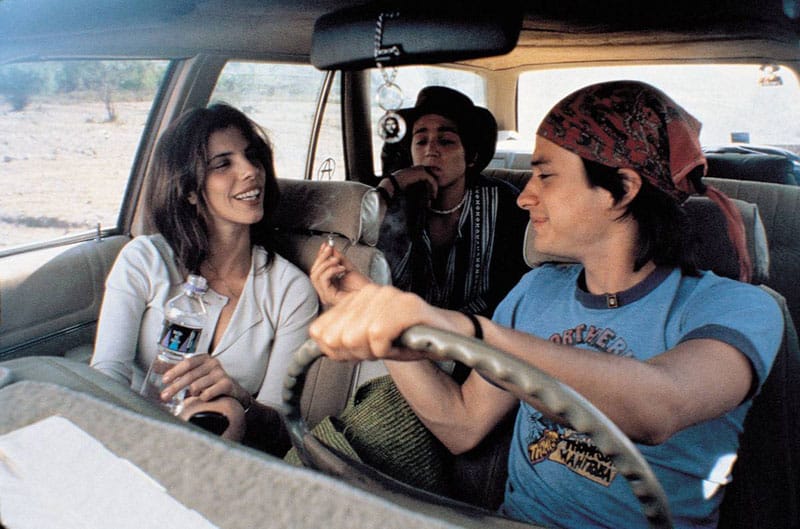 Spanish Films That You Need to See

The Spanish film industry is ever expanding and ever impressive. Films made between both Spain and Latin America fall under this genre, with many of them made independently of major production companies or big budgets.

The following are Spanish films you need to see. They are each phenomenal cinematic works in their own regard, most with numerous awards to attest to this. Before I give too much away let’s jump right into it…

Penelope Cruz is one of the most prominent figures within the Spanish film industry. Her work has crossed boundaries between Hollywood and Spanish-made films, bringing new avenues of creation for actors and directors to do so as well.

She stars in the film Volver, which loosely translates to “to go back”. The film is melodramatic, tragic and at the same time magical.

The story follows Cruz’s character and her eccentric family living in a town just south of the Spanish capital, Madrid. The main plot revolves around her attempting to raise and protect her 14 year old daughter, often forced to go to great lengths to do so. There is then a subplot involving her mothers return from the dead — like I said, magical.

Filming was done in the outlying villages of Madrid and in the city itself. If you’ll be stopping by here during your own trip to Spain you can definitely get a good feel for the capital through the setting of this movie .

Volver is drama through and through; one crisis after the next, after the next. It’s a great introductory piece into Spanish films if you’re not yet accustomed to reading subtitles as the dialogue is largely simple throughout.

As with every film by Alfonso Cuarón, Y Tu Mamá También caught me completely off guard and in the best possible way.

Without giving too much about this incredible journey away; ill summate it with the following…

The story follows the summer of two 17 year old best friends who encounter a magnetic older woman at a wedding one afternoon. The two try very hard to impress her with tall tales about their summer plans, saying that they intend to road trip to the coast of Mexico.

Unexpected to them, she invited herself on this imaginary trip, forcing them to bring it to fruition. They set off on a blind road trip through Mexico with little money or plan along the way. What evolves is a brutal yet profound journey of the minds and souls of all three characters; a mess of anger, hate, love, passion, risk and temptation.

This next masterpiece of Spanish cinema was made by the same director of the film mentioned above. Said to be his finest work yet, Roma was nominated for ten Oscars and walked away with three of them including best director and best foreign film.

It’s a work of art and words don’t really do it justice, but what you need to know is that Roma is shot solely in black and white. It tells the story of a domestic worker tending to the home and children of a wealthy family in Mexico City.

The children idolize her, and while their parents’ marriage falls apart around them she becomes a pillar of strength for both the kids and their mother. The movie takes a look at her personal life as well, after she falls pregnant.

That’s about as far as I’m willing to go without spilling the real secrets. It’s an incredible, heart wrenching piece that takes place over the course of three hours.

Javier Bardem is another recognizable name in the Spanish film industry. You’ll know him from Vicky Christina Barcelona; a romance film shot throughout the Barcelona city center.

Biutiful was also shot in Barcelona, in the outlying, working class suburbs. It follows the life Uxbal, a man trying to care for both his son and estranged wife before finding out he himself is terminally ill.

He needs to make money and fast, and this leads him into the underground crime world involving the trade of forged designer goods on the streets of Barcelona. If you’re ever in the city and you take a free guided walking tour you might recognize a few locations from the shoot.

Biutiful is a powerful commentary on the role of single fathers and the health crisis that plagues both the rich and the poor. The sub narrative that looks at immigrant affairs on the streets of Barcelona is interesting too; something that is evident even as you roam the city today.

Eva is one of few, if not the only, Spanish films to be set in the future. It takes place in 2041, in a time when humans coexist with machines.

The story follows a couple who are creating a robot child from scratch. They begin researching children in attempt to decide on what qualities to include and which to reject. That’s when they encounter Eva, a real life girl with many characteristics that they seek to embed in the machine.

It’s a fascinating look at what life might be like in the future and how we navigate the intelligence of both children and machines.

The film was nominated for many awards within the European film industry including twelve Goya nominations, of which it won three.