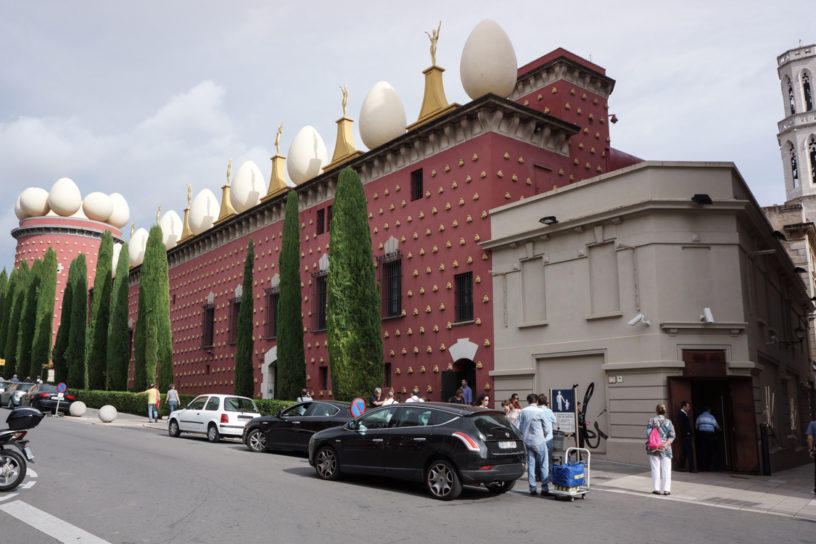 One of the most worthwhile things one can do with their time while in Barcelona, is to make the trip up north to Figueres, where the ultimate Salvador Dali museum experience awaits.

This is the home of the Dali-Theatre Museum — and it’s an absolute wonder. Upon arrival, it becomes pretty clear that you are about to enter a parallel reality; the facade of the building itself gives this away. 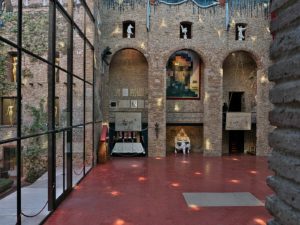 This is the best Dali museum experience in the world, in my opinion. There’s good reason to why people travel from all over the world just to spend an afternoon here. Here is everything you need to know before you go:

There is common misconception that the Dali Museum is in Barcelona’s city itself. This is not the case, and it is actually found in the northern village of Figueres, which sits as the capital of Girona.

To get here from Barcelona is relatively easy. If you hire a rental car for the day, the journey will take you under an hour and a half, boasting gorgeous Spanish countryside en route. 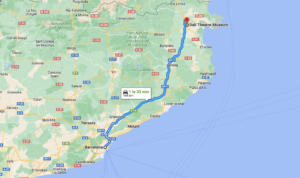 The Top Day Trips from Barcelona

Taking the train is a lot cheaper and faster. They depart hourly from Barcelona’s Sants station, and the journey to Figueres is only about an hour. From the Figueres stop, you can either stroll the 15 minutes to the museum on foot, or you can jump on a short bus ride (6 minutes) from Estacio Avenue to Placa de Sol, to get you closer to the museum entrance.

The museum itself is built into an elaborate 19th century house that looks more like a castle/astrological center. It’s considered one of the more unique museum experiences on the European continent, and arguably the world.

Dali Theatre-Museum – by Dali-Theatre Museum – Uploaded by them

But what would you expect from a place that is literally a deep dive into the mind of such a surrealist master? Back when he was alive, Salvador Dali formed what is known as the Gala-Salvador Dalí Foundation. This same foundation is still responsible for the management of this museum, as well as the Gala-Dalí Castle in Púbol and Salvador Dalí’s House in Portlligat.

10 Things to Know About the Persistence of Memory by Dali

The exhibitions and installations are ever-changing, offering museum goest unlimited opportunity to learn about these historic individuals and the works that they created.

Tickets can be bought upon arrival at the museum, but you always run the risk of the space being at capacity (especially in the summer) and having to wait for enough people to filter out before they can let you in.

For this reason, I highly recommend purchasing tickets in advance online. It’s a very simple, step by step process whereby you select a day, time slot and the amount of tickets you are looking for. 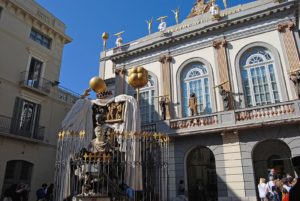 Adults pay €14 to enter, but there are certain concessions that bring the price down to €9. Children under the age of 8 enter for free, and there are discounted rates for big groups.

Not many people know that Salvador Dali actually designed this museum himself, and it is not the cleaver work of the foundation post his death. In saying this, it should become clear that the museum in its entirety may just be the world’s largest surrealist object.

The museum was homage to his own artistic career; Dali wanted a place that would live on long past this passing, where people could come to experience him by his own narrative, instead of the narrative that curators and museums around the world would decide on his behalf. 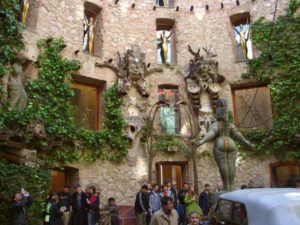 All About Salvador Dali’s Life

Why did Dali choose this spot for his museum? This was once a theatre space, and it is where Salvador Dali had his first ever public exhibition, at the tender age of just 14. It obviously meant something to him, so in later life he took over the space and made it into his own shrine.

Here in the Girona Province of Catalonia, one can feel Salvador Dali throughout. He spent many years of his life living here, and contributing to different buildings, houses and castles.

About 30km away from Figueres is a fishing village called Cadaqués, which is another place that was close to Dali’s heart. His family had a summer home here when he was growing up, and it moved him to buy a house of his own with Gala when the couple were much older. The town is beautiful, and known for unique rock formations in the Cap de Creus Natural Park. 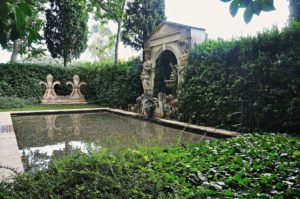 On the way back to Barcelona from Figueres, I always encourage people to stop off in Púbol. This is the village in which Dali bought Gala her own castle, in which she could revel in his appreciation of her as his muse. The castle dates back to the 11th century and was in a terrible state when they acquired it in 1969.

It is now the Gala Dali Castle, an attraction that was opened to the public in 1996. It is where Dali lived when Gala passed away in 1982, and Dali fell into deep, deep depression as a result. The grounds are astonishingly beautiful, and don’t even get me started on the inside of the castle… make the stop over — you won’t regret it.