Hunting Down the Best Patatas Bravas in Barcelona 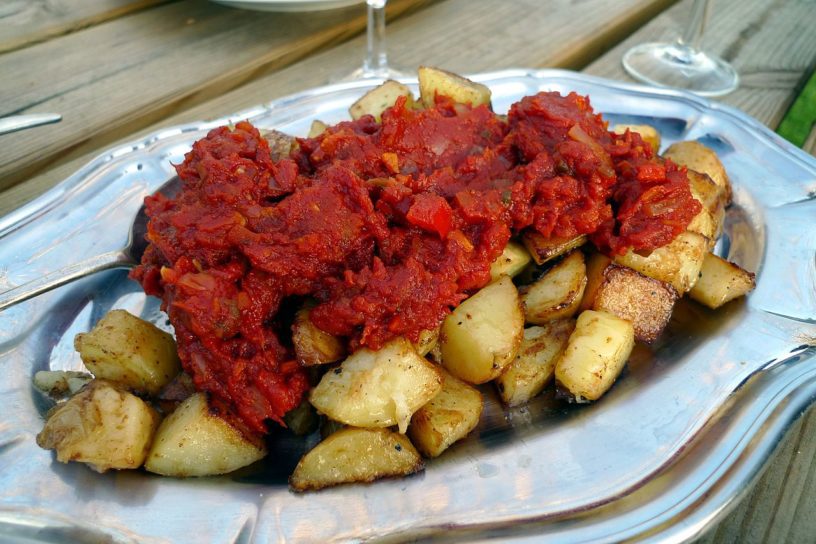 Hunting Down the Best Patatas Bravas in Barcelona

If your trip to Barcelona is still pending and you’ve yet to learn about the wonder that are patatas bravas, I’m about to rock your world.

Patatas bravas are one of the most important native dishes to Spain. You might hear it called patatas a la brava or papas bravas amongst Spanish locals, but everyone will know what you mean if you stick to “patatas bravas”. 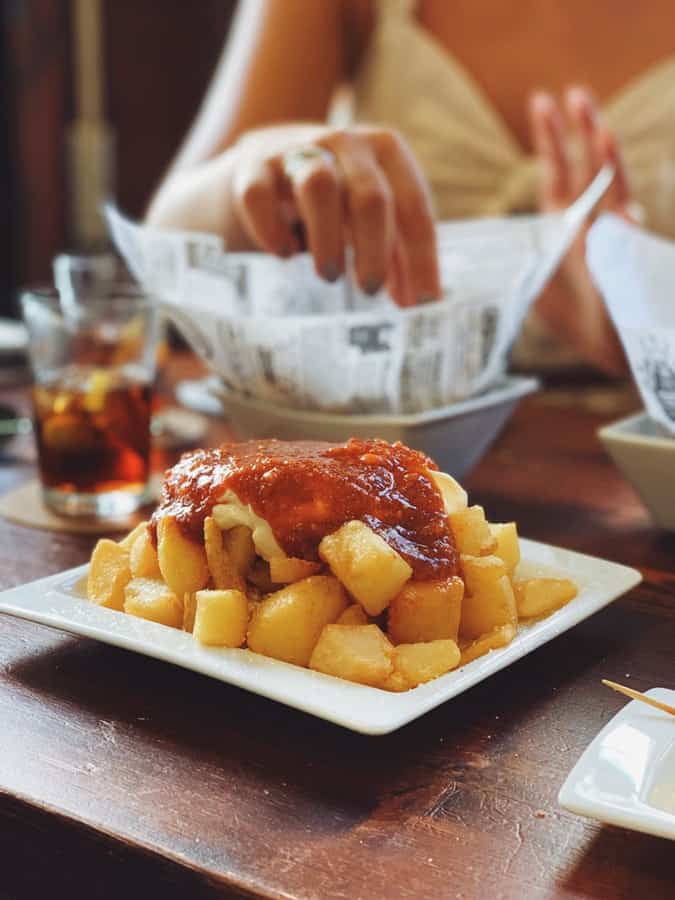 This dish is comprised of cubed, spiced and fried white potatoes topped with a marinara like tomato sauce and some sort of homemade aioli. Unlike paella or specialized Catalan cuisine, you likely wont find patatas bravas being served at formal restaurants in Barcelona, but rather in the many tapas bars around the city.

Bar Tomás is probably deeper into the city center than you might usually like to venture just to enjoy a plate of fried tapas, but this spot has been labeled the best patatas bravas in Barcelona time and time again, people are only too happy to make the journey.

It is situated just south of the neighborhood of Gracia. Tourists can be found embarking on guided walking tours through these streets multiple times a day; Gracia is often equated to the “second city center of Barcelona” because of its independent character.

Bar Tomás in Barcelona – by Bar Tomás – Uploaded by them

In addition to making some of the best patatas bravas in town, Bar Tomás does a range of equally as phenomenal tapas. The restaurant offers an outdoor terrace where diners come from far and wide to gorge on small plates of food to their heart’s content.

Their patatas are made in the traditional way; they are slightly spicier thanks to the chili based aioli but this can be altered upon request.

Since we are already across town let’s stop into Bar Mandri, which is not far from Bar Tomás.

While Bar Tomás holds the title for best patatas bravas in Barcelona, Bar Mandri holds one for having some of the best tapas in general in Barcelona — patatas included!

The food and service at Bar Mandri is so authentic that the staff hardly understand any English and things get creative just so patrons and waiters can communicate with one another — all part of visiting foreign lands! 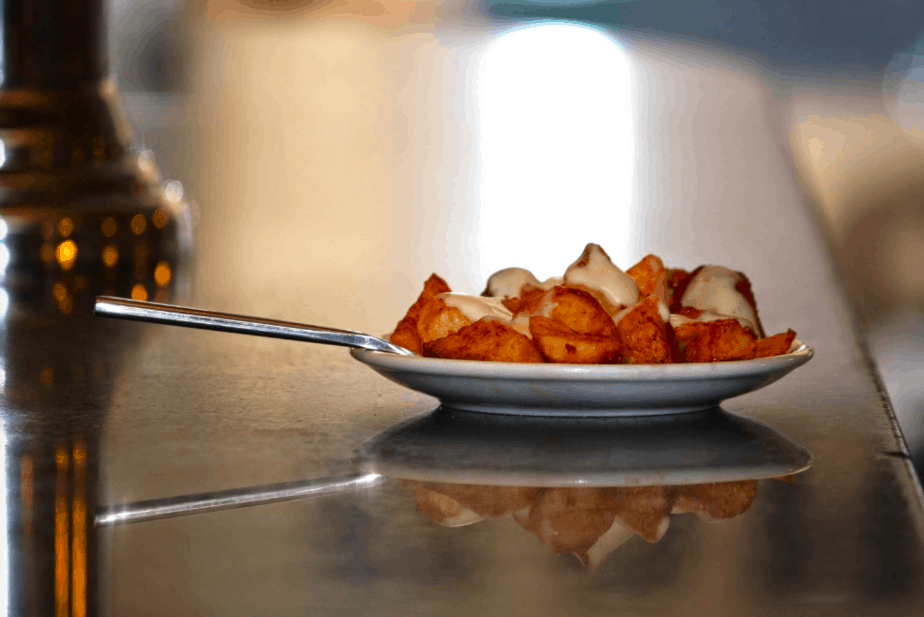 Bar Mandri in Barcelona – by Bar Mandri – Uploaded by them

Alongside your bravas, order a potion of the pollo rebozado and the hamburguesas — delicious!

Moritz is back toward the coats of Barcelona. It’s situated in el Raval, which is one of the hospitality hot-spots in Barcelona’s center; a neighborhood of food, drinks, dancing and the odd free guided walking tour.

Something you need to understand about Spanish food is that the country is very divided when it comes to the preparation of certain dishes. The eight official zones that divide Spain were actually independent countries at one stage in European history. This means that the food and culture between the zones are extremely diverse, having merged not that long ago at all. 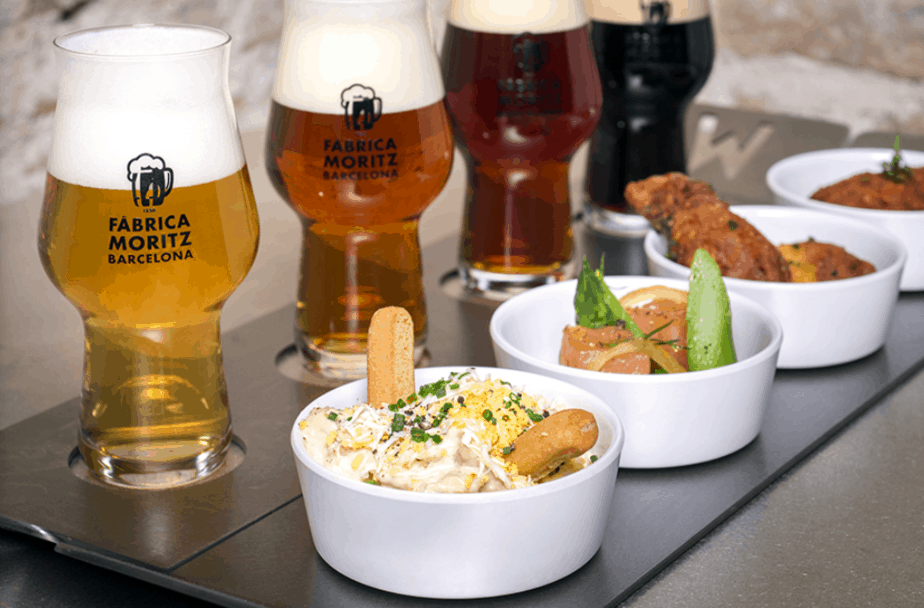 Barcelona falls under Catalonia, and Catalonian cuisine makes patatas bravas slightly differently to the rest of Spain. Moritz is one of few tapas bars that lets customers choose between Catalan patatas bravas and Spainsh patats bravas.

Catalan are usually spicy, while traditional Spanish bravas are milder and more tomato based flavoring.

I do recommend reserving a table or you may need to wait a while to be seated, particularly after 7pm at night.

Staying in el Raval, the phenomenal patatas bravas as PURA BRASA found me unexpectedly as this is not a restaurant one would usually look to for good Spanish tapas.

It’s a fusion kitchen offering everything from pasta to ribs, wagyu steaks to mussel pots. They have a small tapas menu with some squid and cod options, and their house patatas bravas. 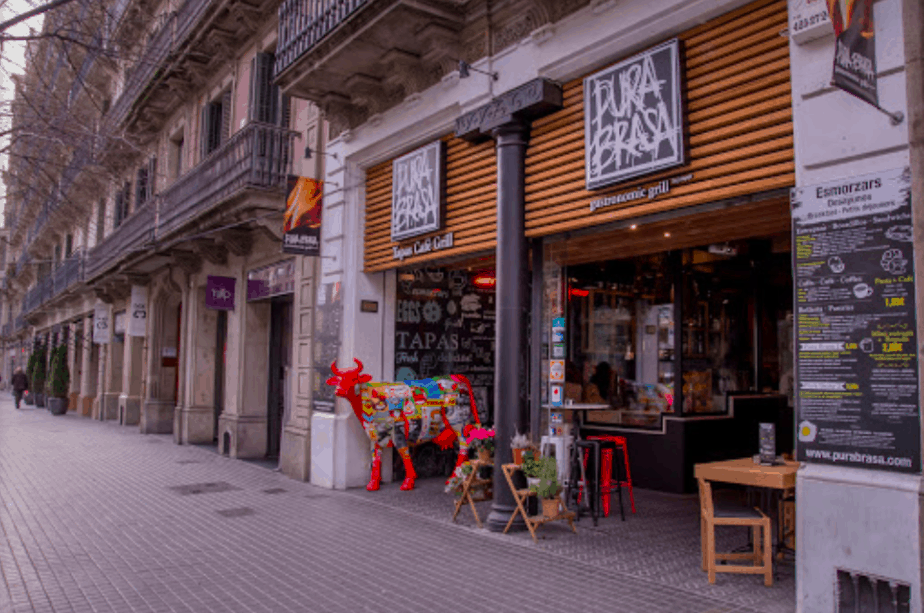 They’re incredible. And small enough to order as side plate for any of the main meals on the menu. A jug of sangria goes down well here as well, and their paella is some of the best in Barcelona, if you ask me.

Save some meal space for their “chocolate bomb” dessert. You’ll think about it for a few days to follow.

The Plaça de Catalunya is one of the best known public spaces in all of Barcelona, drawing in thousands of tourists and locals each day. It only makes sense then that the tapas restaurants surrounding the square are also some of the best in the city.

Centric Canalla is one of them, sitting in the back street of the square toward the direction of Barceloneta’s beaches. This is considered a prime tapas spot; so good that they can open at 8am and close at 1am, seven days a week. 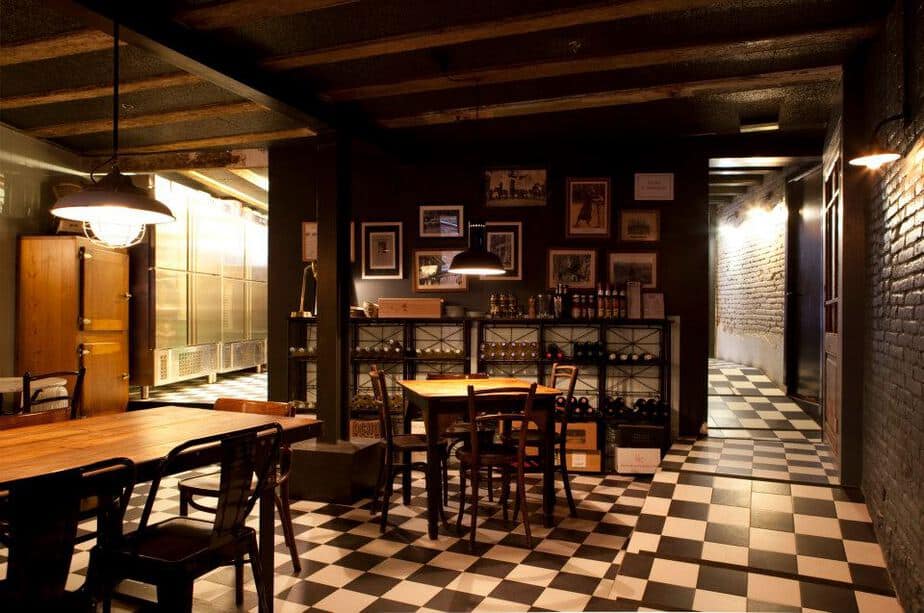 Restaurant Centric Canalla’s authentic menu can be overwhelming, especially for newcomers to the city. It’s a good idea to maybe go with either their meat based or vegetarian set menus, whereby you will be served a variety of tapas dishes chosen by the chef.

Their phenomenal patatas bravas will be included on whichever menu you opt for!

OPENING HOURS: Monday TO Sunday –  8am to 1am