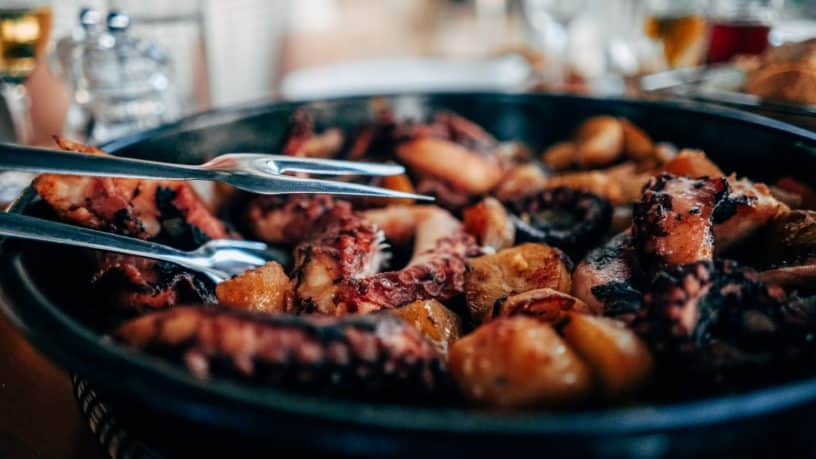 The many provinces in Spain all possess traditional cuisines indicative to the region. While you’ll find many similarities between them, there are also many distinct differences caused by generations of alternative food preparation.

The traditional cuisine of Catalonia embraces the best of both worlds; the mountainous regions of the land through to the seas along the coast. Catalonian food typically involves a lot of seafood, stews and ash cooked vegetables. 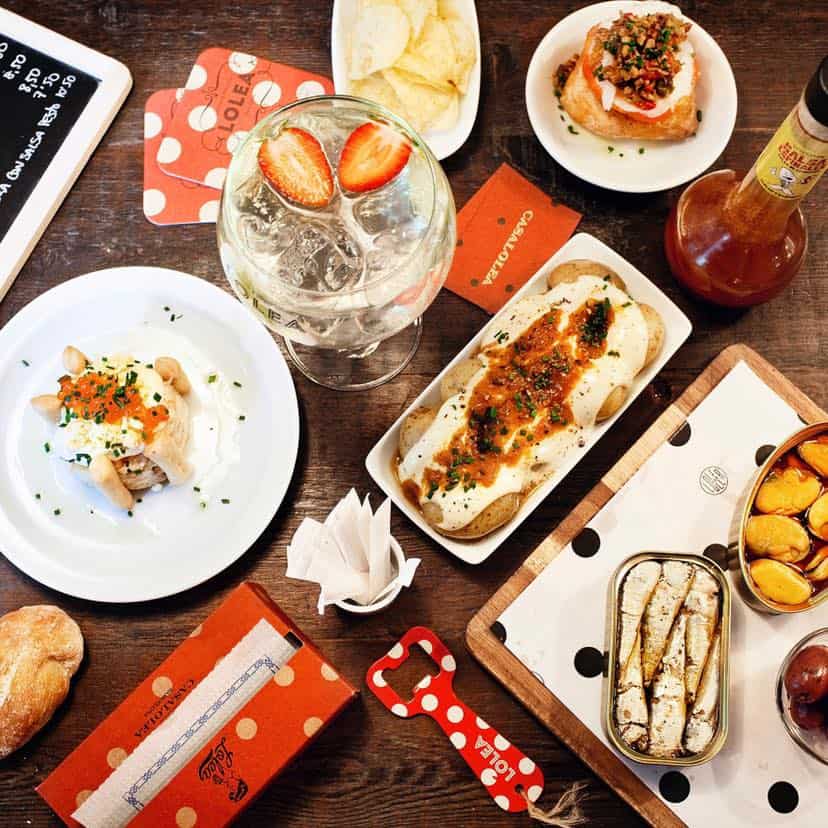 Casa Lolea in Barcelona – by Casa Lolea – Sourced from their Facebook

There are many restaurants around Barcelona where traditional Catalonian food can be properly experienced.

The Casa Lolea is situated nearby the Ciutadella Park in central Barcelona .

It is one of the most popular restaurants for authentic, traditional Spanish tapas in the city center, and it vibrant and bustling on any night of the week.

The restaurant serves up Catalonian foods in tapas style, making this a great spot to taste many different components of the cuisine at once, especially if you dine with multiple people.

In addition to the fabulous food, Casa Lolea makes some of the tastiest Sangria in the neighborhood. The combination of food and wine makes for one of the most authentically Spanish nights out in the city center. 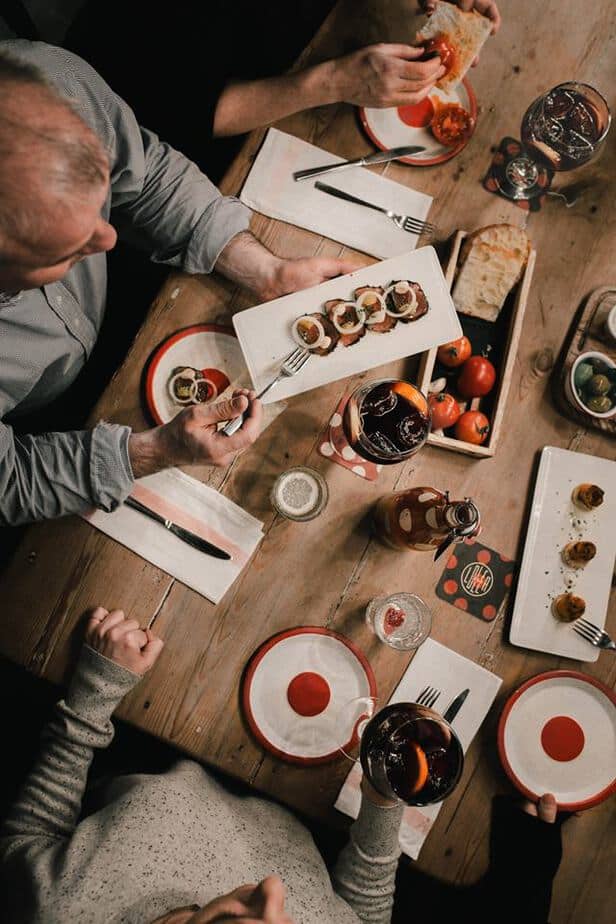 Casa Lolea in Barcelona – by Casa Lolea – Sourced from their Facebook

The tortilla de patatas dish is an absolute show stopper. The Iberian acorn fed ham is a traditional dish done well at Casa Lalea too.

While tables her do turn quickly, and service is generally quite fast, I do recommend making a reservation especially if there are more than two of you dining.

Opening Hours: Monday to Sunday – 9am to 1am

Despite having originated in Madrid, patatas bravas have become an obsession throughout Barcelona. There is eternal debate amongst both locals and travelers as to where makes the absolute best rendition within the city center.

Like most people I too am mildly obsessed with potatoes, in any of their forms. I have my own reservations about where the best patatas bravas in the city are, which I will share in an up coming article. For now, I am pleased to recommend La Alcoba Azul as both a traditional eatery and patatas bravas connoisseur. 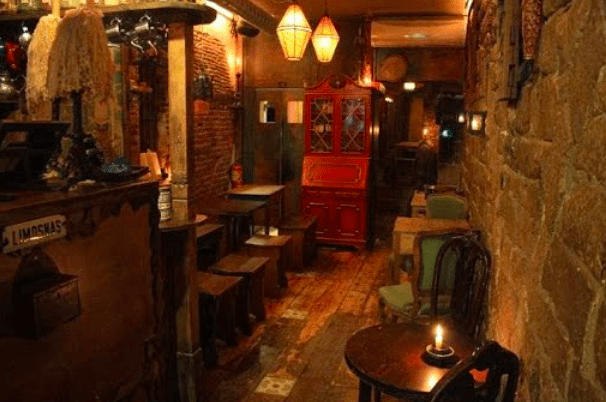 The restaurant lies between el Reval and the Gothic Quarter.  They serve some of the most authentic Catalonian dishes that you’ll find in Barcelona, and make wonderful sangria to accompany it.

La Alcoba Azul has more of a laid back bistro vibe, rather than chaotic Spanish eatery. It’s a unique atmosphere and diners typically settle in for a while, switching between drinking and snacking on the tapas plates.

I love that you can let the staff as La Alcoba Azul know that you are here with the intention of tasting traditional foods, and leave them to choose from the menu on your behalf. They know best exactly which dishes to serve and what to tell the chef; a truly refreshing experience in the city center.

As mentioned, a significant portion of traditional Spanish cuisine revolves around seafood. Botafumeiro is widely known as one of the best, authentic Spanish seafood restaurants in all of Catalonia.

What makes this spot so impressive is that the chefs themselves make regular trips to the fish markets of both Catalonia and Galicia. This means the menu is inclusive of two major regions in Spain, as opposed to just one. The restaurant acknowledges that while the coasts of Barcelona may offer great seafood of its own, Galacia also produces fish of astounding quality that needs to be brought back to the city. 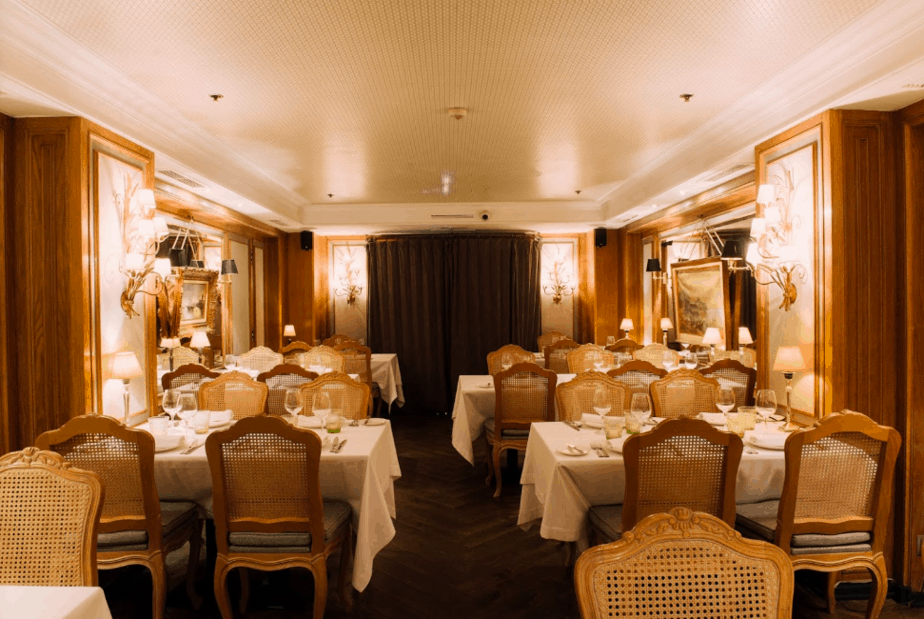 Botafumeiro is an occasion restaurant; this is a fine dining space with prices to match. This dining experience while in Barcelona will be considered a once in a lifetime treat. On the bright side portions are far bigger than usual tapas restaurants and sharing is absolutely an option.

Opening Hours: Monday to Sunday – 12pm to 1am

Ca I’lsidre was opened by a local couple back in 1970. During this time, Barcelona was yet to be overrun by tourism, free guided walking tours and gentrified neighborhoods. Instead it was a city of tradition and Spanish culture.

Having remained under the same ownership for almost fifty years now, Ca I’lsidre holds traditional Catalonian cuisine at the core of their success. The chefs stay true to the flavors and techniques that have been passed through generations, making this one of the most authentic dining experiences in Barcelona. 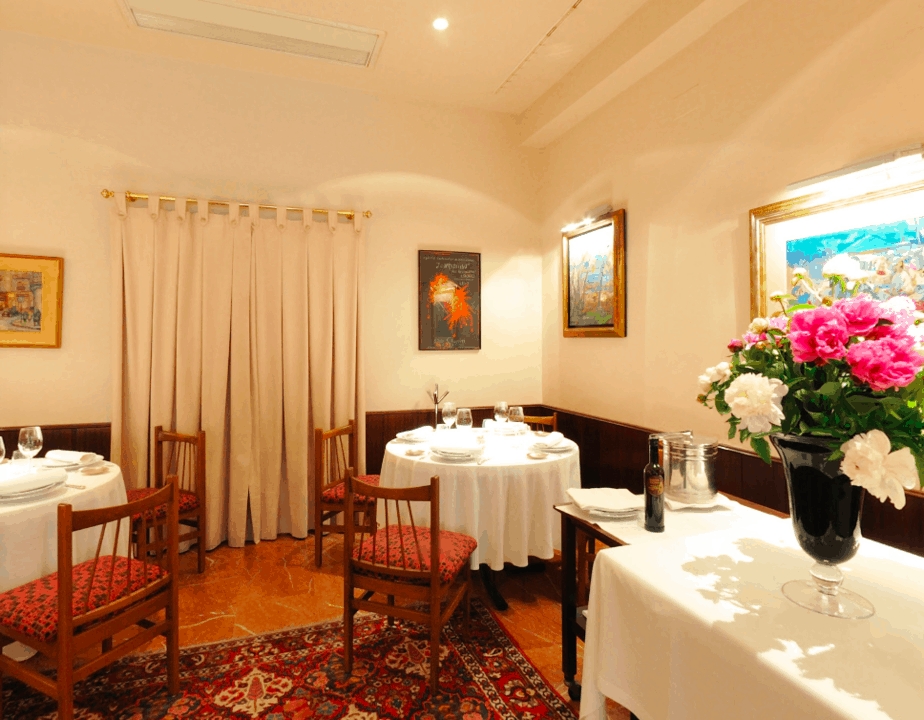 The restaurant is on the pricy side, it’s longstanding history in the city has earned it the right to be so. Bookings here are essential. Vegans are encouraged to make the restaurant aware of their presence in advance, so that the kitchen can prepare something special.

It’s not often you’ll find a restaurant in the city center where there is a constant struggle between locals and tourists for territory. Nou Celler is an anomaly; one that the locals of Barcelona cling to for authentic, traditional dishes that are yet to be overpriced because of touristic presence. 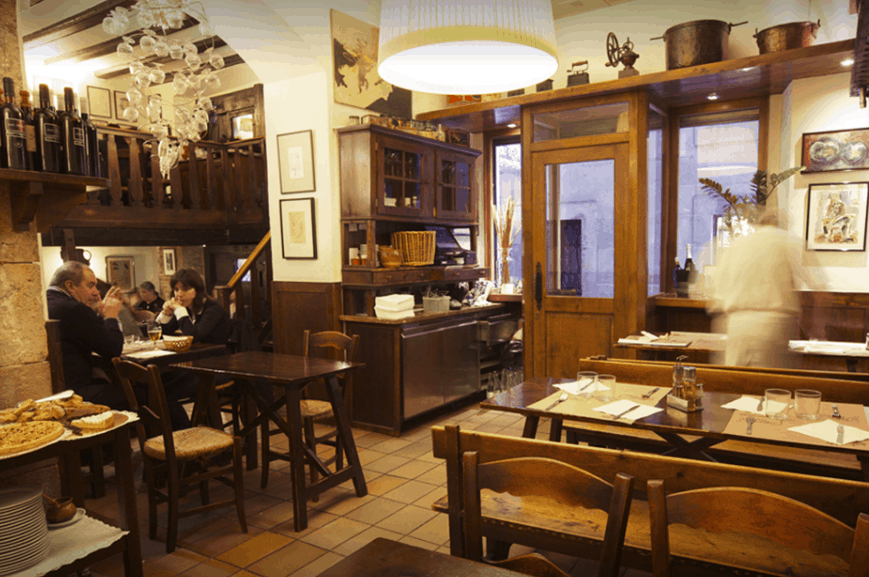 Nou Celler in Barcelona – by Nou Celler – Uploaded by them

The restaurant is in Barcelona’s el Born district. They open early, close late, and are one of the most affordable semi-fine dining restaurants around. For just €18 you can indulge in a traditional three course menu for either lunch or dinner.