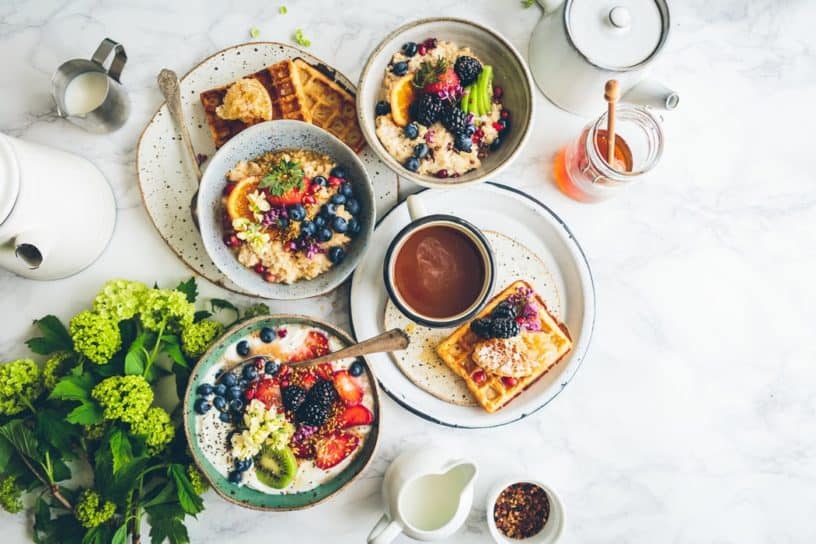 Being vegan in Barcelona is relatively easy. Even the most authentic Spanish tapas bars will happily adjust their creamy patatas braves to make them friendly to non-dairy eaters; sitting out of the paella main’s can be tough, but if you read on I’ll let you in on one of the cities best kept vegan paella secrets.

Read on and you’ll also find out how to minimize the amount of time you spend eating out at vegan restaurants while in Barcelona. 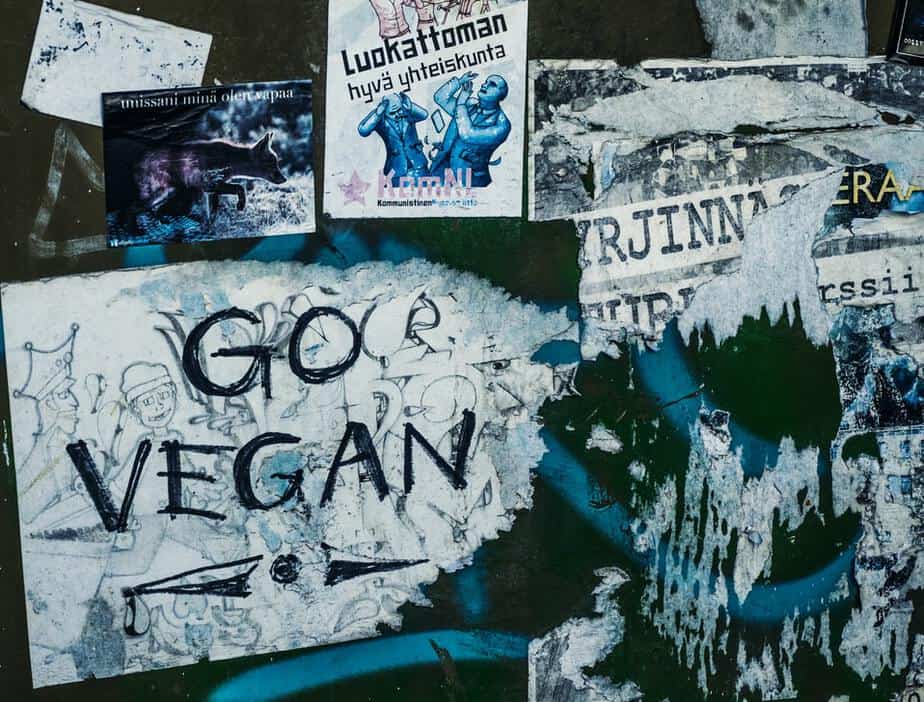 The Spanish love their meats and seafood, but the vegan movement is sweeping through Barcelona quite rapidly. Whether it’s ice cream, burgers or your favorite street meals, you won’t have to go without.

I’ll start with the most extreme of the vegan restaurants in Barcelona. Petit Brot is organic, raw and environmentally friendly.

You’ll notice their operation hours are limited; open for a mere three and a half hours over lunch time. They do a weekly lunch menu and then have a few standard items that are always on offer. 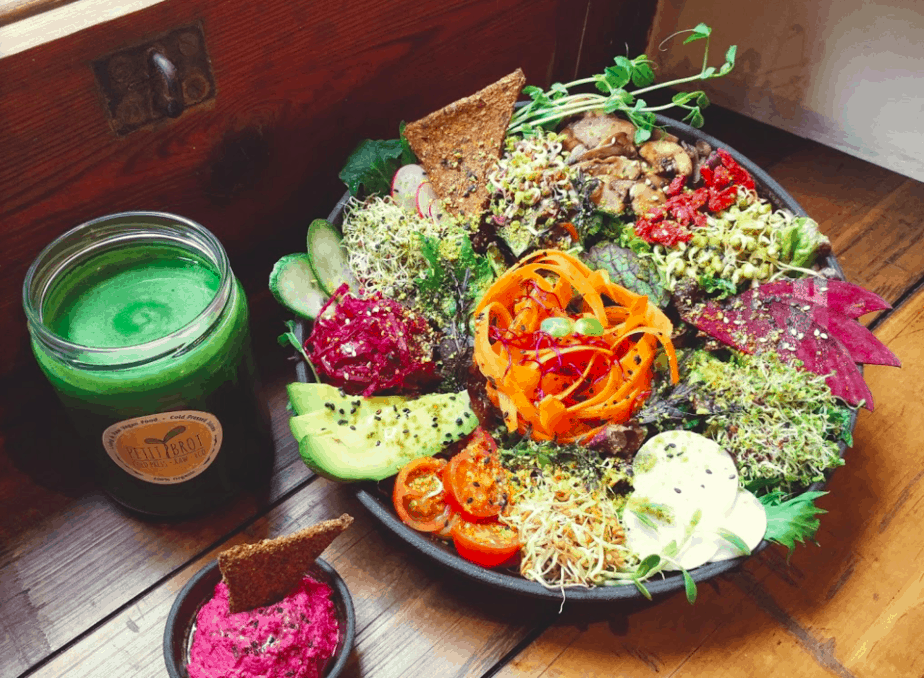 Petit Brot in Barcelona – by Petit Brot – Uploaded by them

It’s a space for raw meals, pressed juices and fabulous uncooked desserts. Essentially this is the cleanest eating you’ll find in Barcelona; particularly great after a hot, sticky day on the beach when you need to feel lighter, not heavy.

Quinoa Bar is up north in Gracia. It maintains that it is a vegetarian restaurant, though the only ingredient that forces them to be so is the goats cheese on some of the dishes. Apart from this they are essentially vegan and the food is phenomenal.

The vegan burgers are what bring in the crowds; their carrot cake is actually what initially brought me there as I had heard it raved about by multiple people. 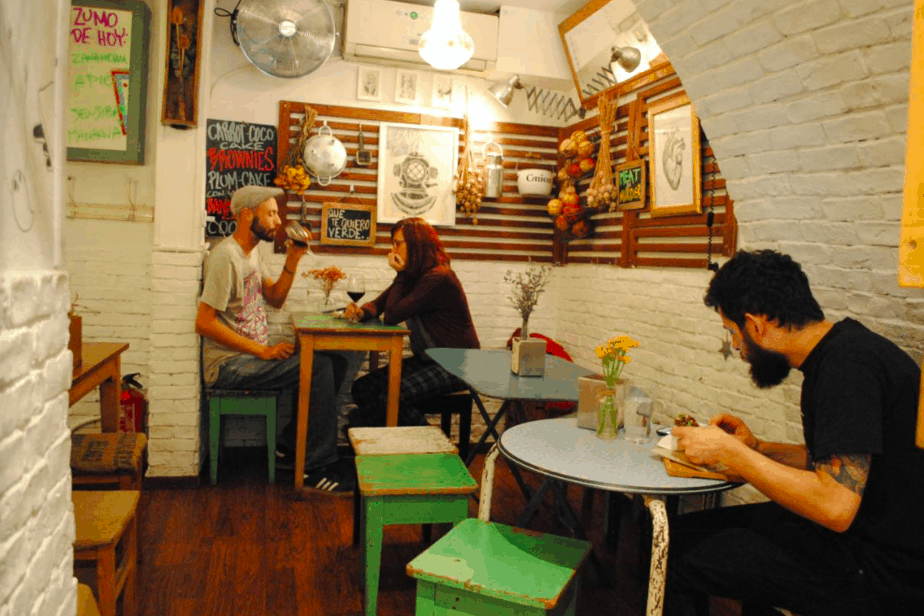 This is a dog friendly cafe both night and day. Dinner service get’s crowded on the weekends and you’ll be better off making a reservation. Eat early so you can spend some time exploring greater Gracia before the sun goes down, a guided walking tour would be ideal as there is so much history to see out here.

The complete anthesis of the first restaurant we looked at, la Trocadero is the vegan fast food haven of Barcelona. Burgers, gourmet hotdogs, potato fries, even donuts and tasty snacks. Their vegan bacon is a must try while you’re in the store.

This is more of a grab-and-go spot as opposed to dine in. If you do want to sit and eat you’ll need to order at the counter like everyone else and sit until your order number is ready for collection. 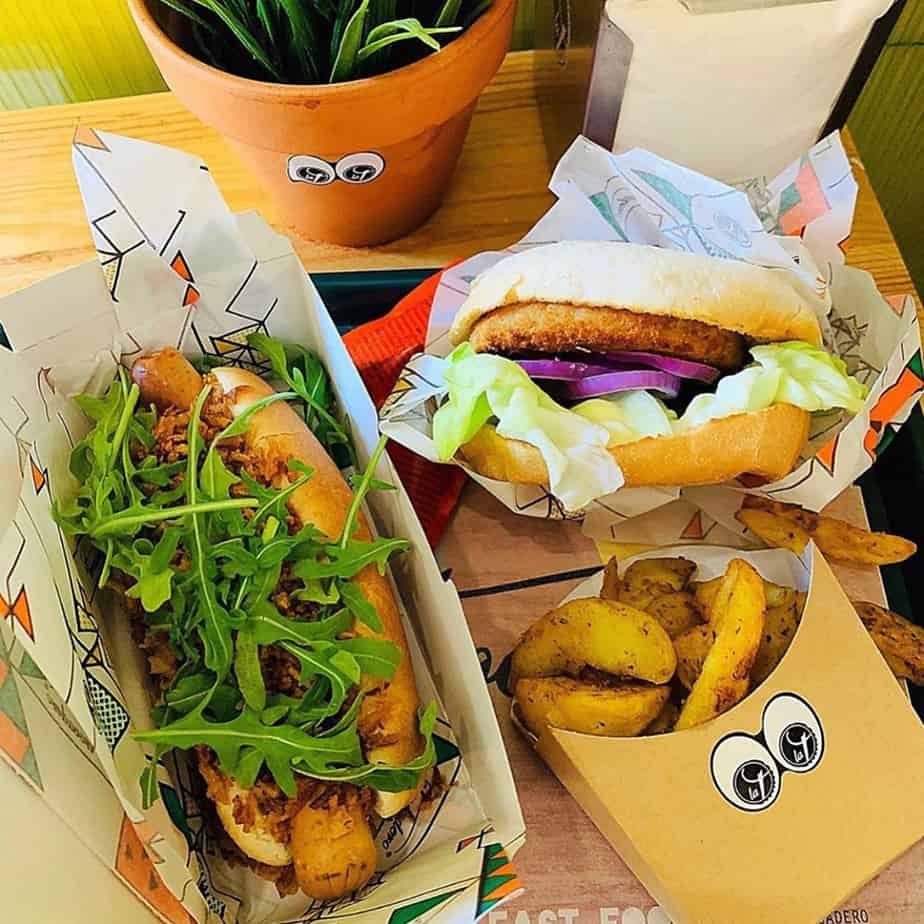 This is the closest vegan restaurant to the Sagrada Familia. So keep it in mind for your sightseeing day in this part of Barcelona.

I thank you for your patience and now hand you Barcelona’s best kept vegan secret. The BarCeloneta Sangria Bar is a bar/bistro hybrid that is right by the beach. They make every traditional Spanish dish using only plant based ingredients, including three types of delicious paella.

Vegan element aside, this is some of the best paella in Barcelona and meat eaters are happy to agree. The sangria is equally as good; all in all eating here is simply a vacation treat. 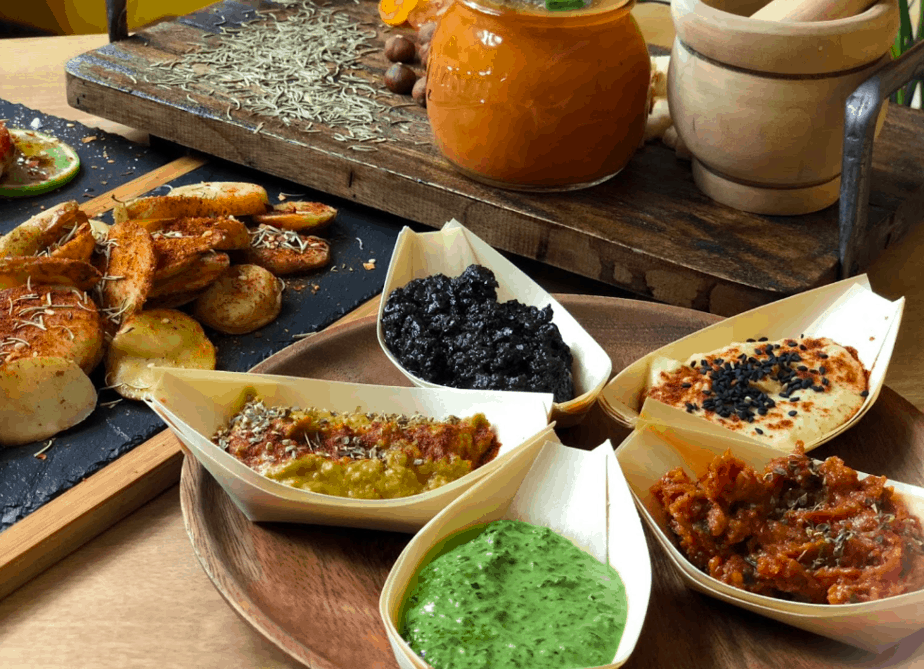 Try book a table over sunset so that you’re sipping drinks and eating plants as it happens over the water across the bay.

Barcelona doesn’t have a lot of spots where one can buy vegan baked goods. This bakery in el Raval is a top spot, and one hundred percent plant based.

They do cakes, croissants, tarts, donuts, pastries, empanadas, even wraps and sandwiches that can be grabbed on the go. 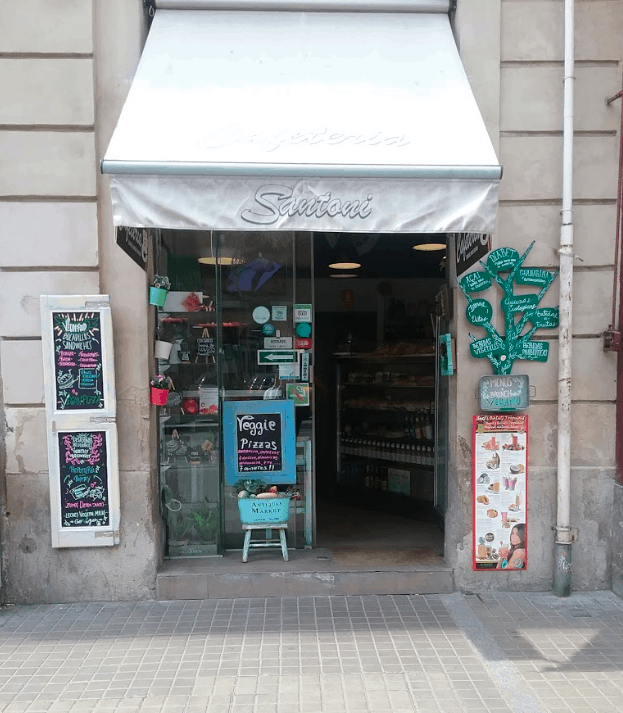 Instead of your usual veggie sandwiches they’ve gone ahead to create vegan tuna and cheese, which is wildly impressive. They’ve also got a four cheese pizza on the menu which I am yet to try.

The bakery is close to old town and easy to stop into before or after a free guided walking tour of the area. You might want to take a few items home to your Airbnb if you can’t try many at once.

There is no need to eat out for every meal in Barcelona. There are a number of natural food markets that only stock cruelty free and vegan products.

Vegans & Bio is the one I like most. It’s near Gaudi’s Casa Mila in the center, and has the best variety of products from around both Europe and the rest of the world. You can shop fresh and frozen produce, ready made meals, supplements, herbs, baking goods you name it. 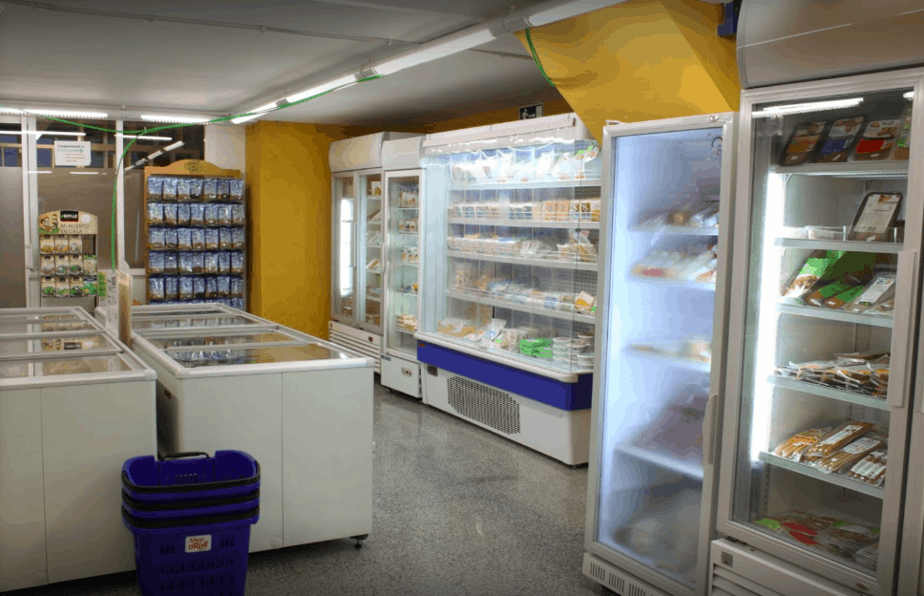 OPENING HOURS: Monday TO Saturday –  9am to 9pm

Thelivingfood isn’t as big as Vegans & Bio but it is still a vegan grocery paradise.

Their selection of vegan replacement foods, like cheeses, sausages and patties, are extensive and made with quality in mind. Most of the items are preservative free, and void of artificial colorants. They stock a few of the vegan cafes in the area. 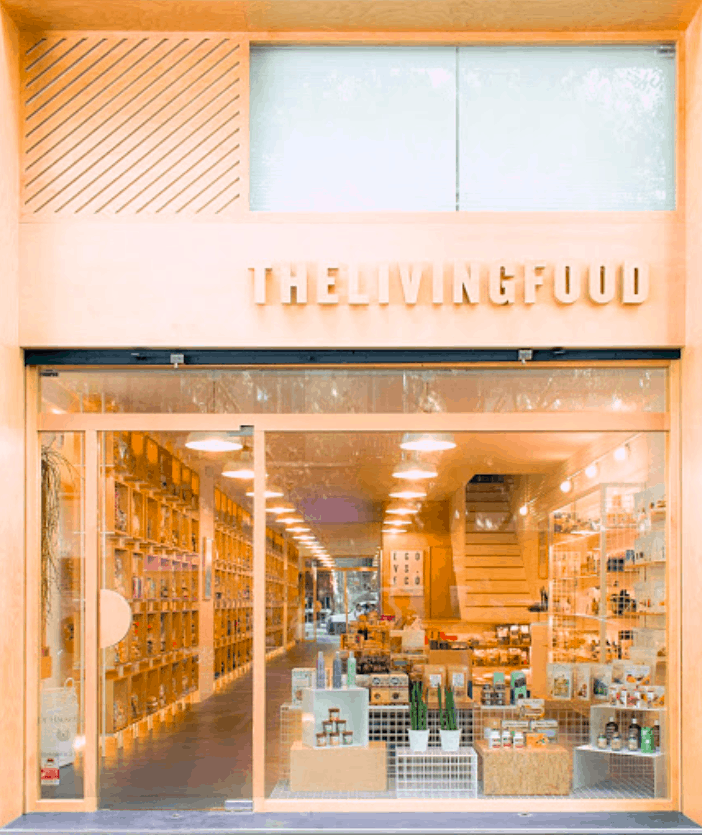 OPENING HOURS: Monday TO Saturday –  10am to 9pm