5 of the Best Art Galleries in Barcelona 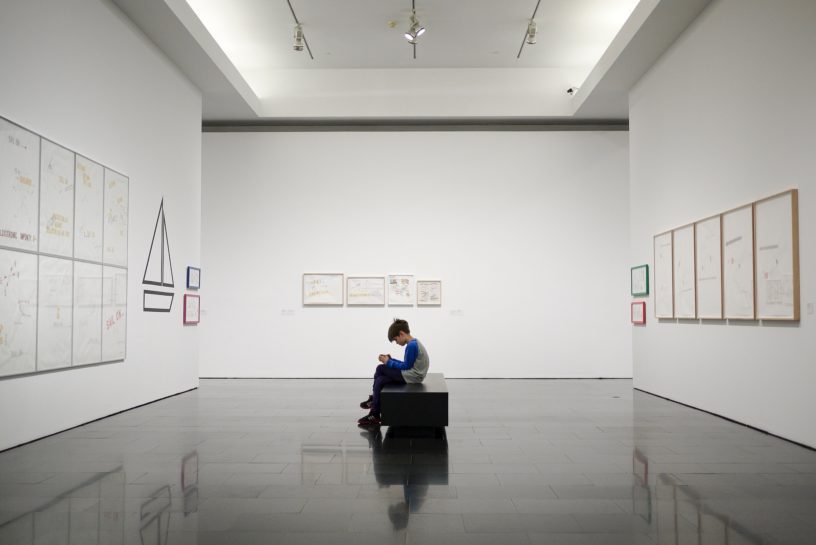 Photo by Aaina Sharma on Unsplash

5 of the Best Art Galleries in Barcelona

If you are an art enthusiast and are considering a trip to Barcelona, you are not going to be disappointed. The city, like much of Spain, is full of colour, culture and history. These three components have worked together to inspire creativity within the country and its people for centuries. From street art to architecture in Barcelona, there is art to be found on almost every corner. 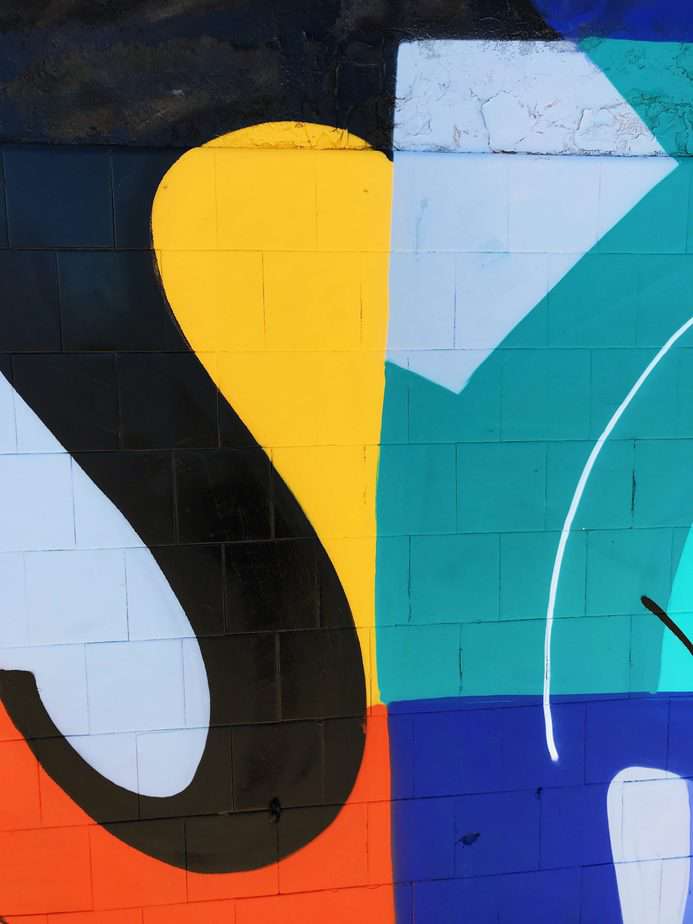 You will have no trouble keeping entertained if spending hours in between gallery halls is one of your hobbies. There are tons of galleries ranging from the big and well-known to small and independent, spread around the city.

Because of all this choice, it can be tough to choose which to visit. To help you decide, I have put together a list of my 5 favourite art galleries in Barcelona and what you can expect from each of them.

The place to go for contemporary art, MACBA is an unmissable gallery to visit when you find yourself in Barcelona. 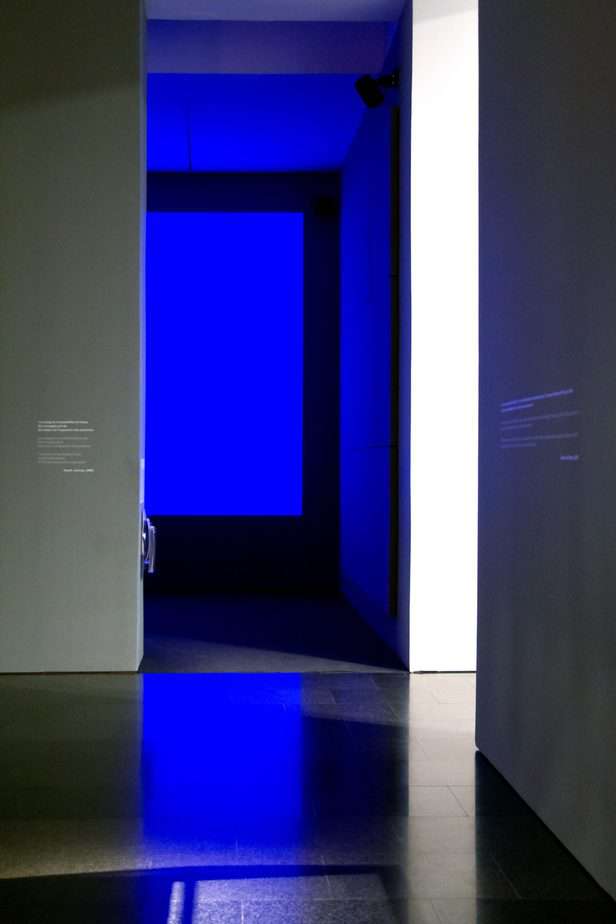 Previous exhibit in the Museum of Contemporary Art, Barcelona by Maria Krasnova on Unsplash.

The ongoing exhibition ‘A Short Century: MACBA Collection’, contextualises works from 1929 to present day. Much happened in Barcelona with regards to art and culture during 1929, including the city playing host to the International Exposition. This marked a turning point for contemporary art and the exhibition is an informative display of the art that followed over the next 9 centuries. 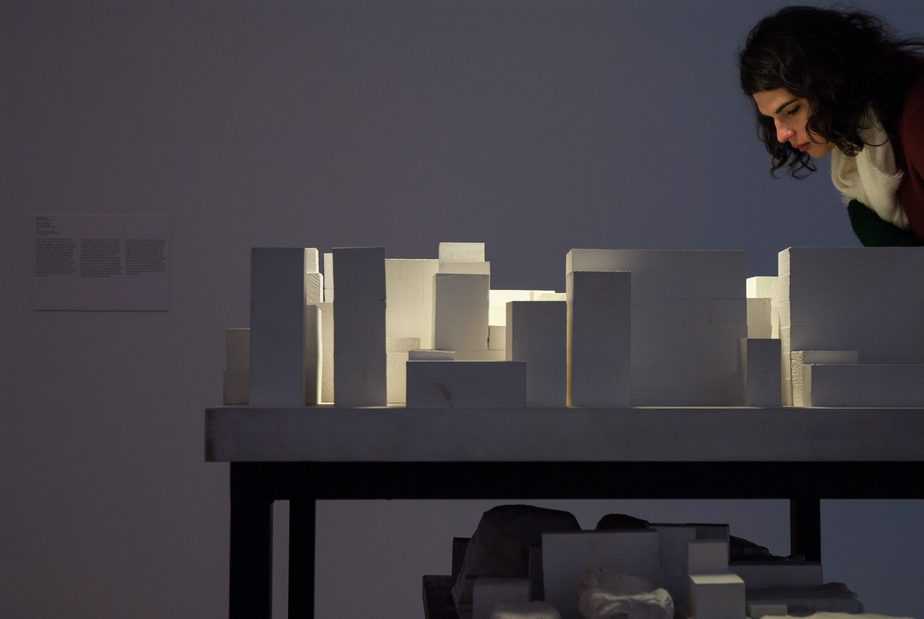 Previous exhibit in the Museum of Contemporary Art, Barcelona by Orest Yaremchuk on Unsplash

‘Takis’, ‘Charlotte Posenenske: Work in Progress’ and ‘Sampler #3. Anti-Books’. are the titles of the current exhibitions and they are set to run until at least February 2020.

In ‘Takis’, the Greek kinetic artist (recently deceased), explores the integration of art, science and philosophy through electro-magnetics. ‘Charlotte Posenenske: Work in Progress’ is a display of the German artist’s work over a twelve year span, from 1956 to 1968. Considered a combination of conceptualism and minimalism, the exhibit celebrates the artist’s contribution to contemporary art. ‘Sampler #3. Anti-Books’ is a show created by the MACBA Study Centre. This exhibition continues with the conceptual and minimal movements, through the books of various artists, created during the ‘60s and ‘70s

The Museu Nacional D’Art De Catalunya was designed and built for the 1929 International Exposition. It plays host to many forms of art, from Romanesque mural painting to Catalan Modernism, Baroque art and Photography. 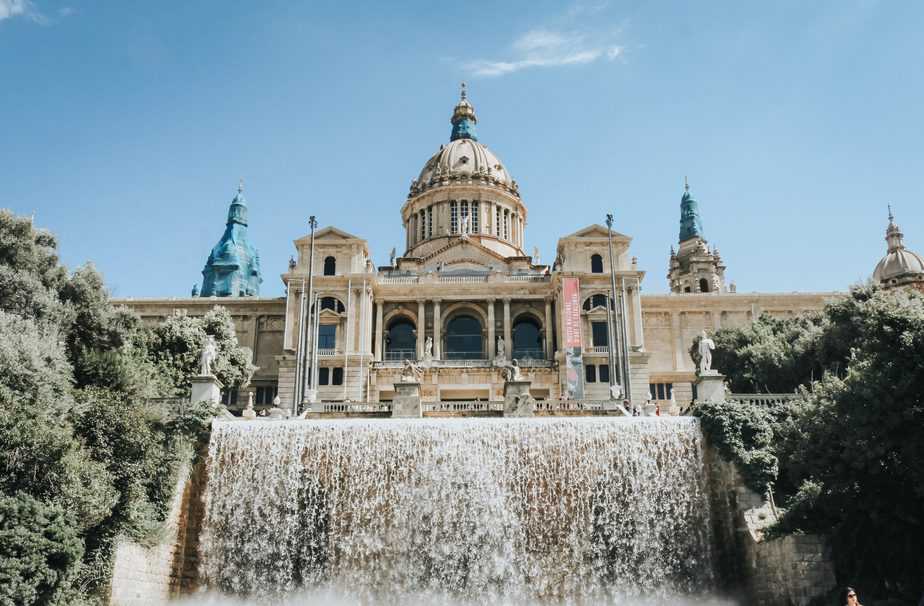 The Museum hosts many cultural events throughout the year including art festivals, film screenings and family talks. Check out the MNDC website to see what is on while you are in town.

A lush ten minute walk from the Museu Nacional D’Art De Cataunya and through the Jardins de Joan Maragall, will land you at the magnificent Fundació Joan Miró. 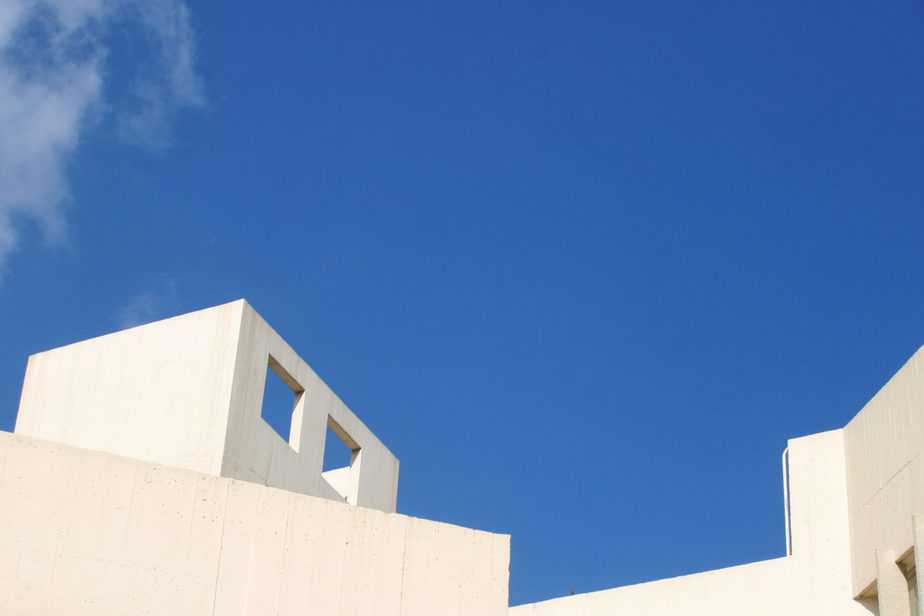 The building that is home to the Foundation might be considered as much a piece of art as the artworks that are kept inside it. A must-visit for both art and architecture admirers, the Joan Miró Foundation celebrates the artist through a large collection of his works. Included is all of his graphic art and 150 sculptures. 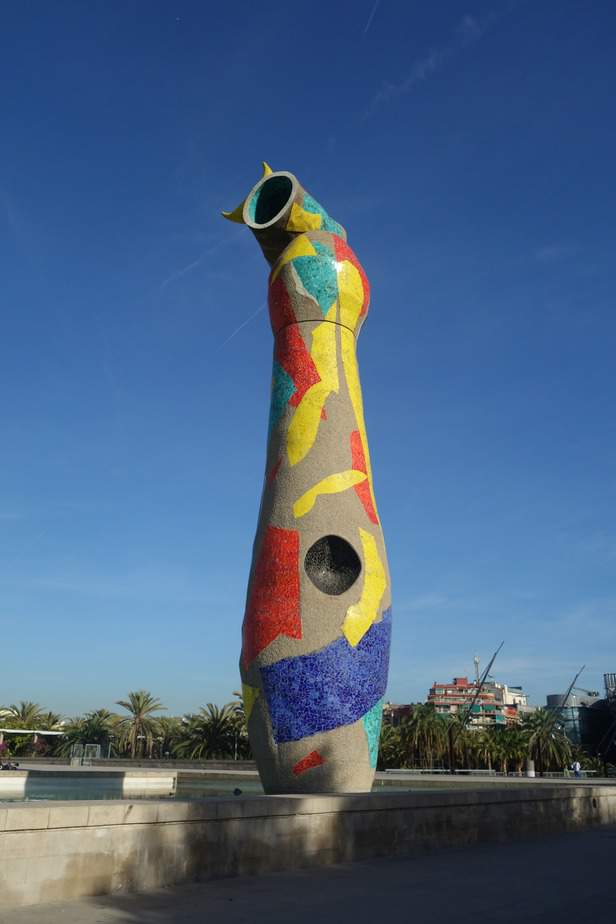 Joan Miró’s Dona I Ocell. Image by Barroa_Artworks from Pixabay. This sculpture is not located at the Joan Miró Foundation but in the Joan Miró park, not too far away.

Also hosted by the Joan Miró Foundation is the Joaquim Gomis Archive. Joaquim Gomis is considered as one of Catalan’s first modern photographers and was the president of the Foundation from 1972 to 1975. Gomis’ images interestingly explore Joan Miró’s creative process, as the pair were close companions.

The temporary exhibitions currently hosted by the Foundation are titled ‘Sound Art?’ and ‘Becoming Alluvium’ and run until early January 2020.

Picasso was not born in Barcelona, but moved to the city in 1895 with his family. He studied at the Llotja School of Fine Arts and found his first studio at 4 Carrer de la Plata one year later. He continued to live and work in the city, until 1904 when he then moved to Paris. The museum was opened in 1963. 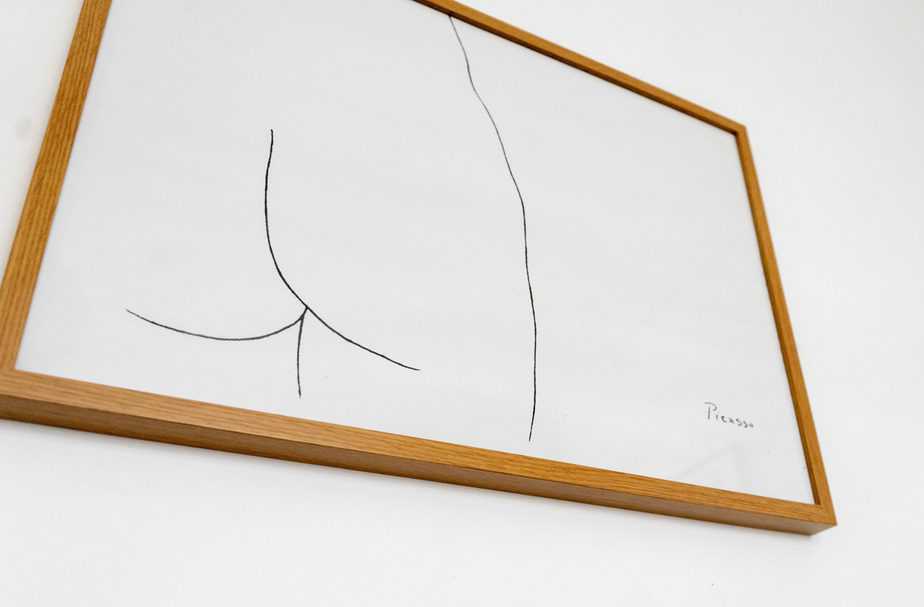 Photo by Martin Péchy from Pexels

The permanent collection houses close to 4000 of the artist’s works. Currently on exhibition is ‘Pablo Picasso, Paul Eluard – A Sublime Friendship’ and ‘Picasso Poet’, which run until March 2020.

Paul Eluard and Pablo Picasso shared a close friendship from 1935. Eluard was a poet and introduced Picasso to a number of people who would later become his subjects. ‘Picasso Poet’ is an exploration of the relationship between the artist’s poetry and art. Picasso’s handwritten pieces are on display and offer insight into his complex personality.

The Gallery you Happen to Find Yourself In

Some of my favourite galleries that I have visited in Barcelona are those that I found myself in by accident. If you are the kind of tourist who likes to experience a city spontaneously, I would recommend going into any gallery you happen to stumble upon. 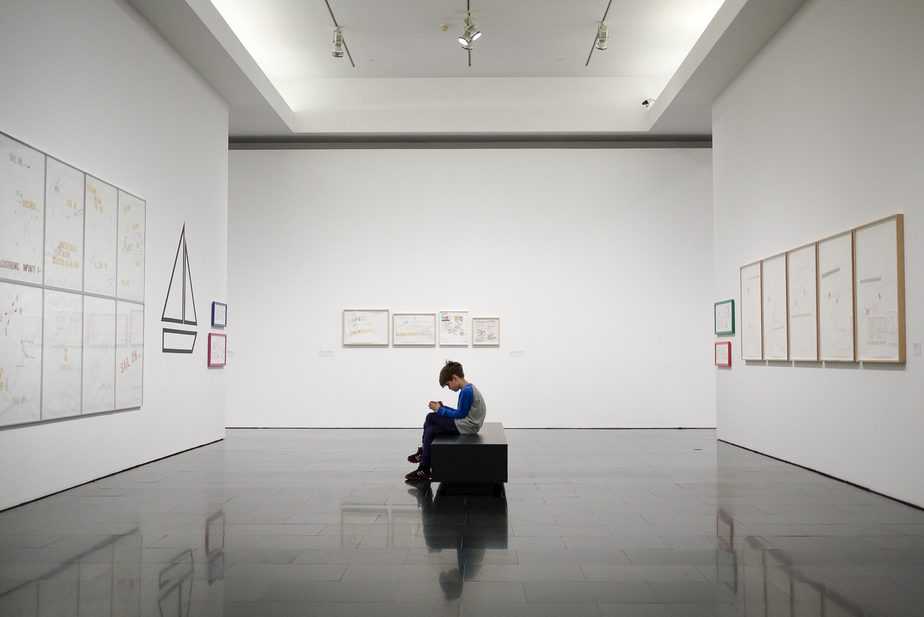 Photo by Aaina Sharma on Unsplash

I find the smaller and lesser known the gallery, the better. Independent galleries with small collections can present interesting perspectives of current, local artists and the messages they are highlighting and communicating through their art. This can offer unique insight into the ways in which locals are comprehending the present.